Looking Forward to Another Year of Running

Posted on 4th March 2017 Categories: Running Blogs Comments are off for this post 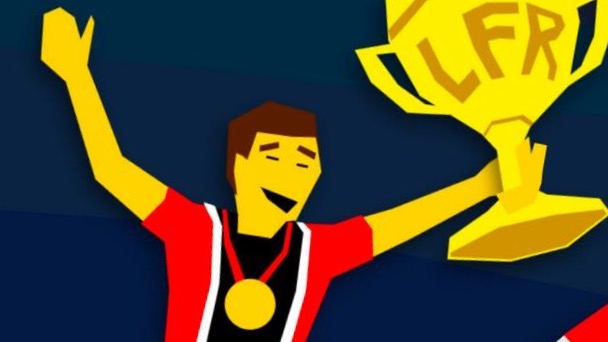 So this week sees the start of LFR Membership Renewal ready for 1st April and you will all have your invite to rejoin arriving in your inbox.

It has been 2 years since I joined the club and this weekend at the MK Festival of Running I took part in my very first race.  Looking back over what has happened in my running achievements I’m surprised that I have managed so much and I can hand on heart say that if it wasn’t for being in the club I would have never even considered any of it.  I still can’t run fast (but who cares) and I am still totally adamant that I will never run a marathon but I have a few Half Marathon’s and a nice amount of 10k’s to be proud of, more importantly I have some fantastic memories.

Being part of the club has really opened up a lot of opportunities that I would have never had otherwise.  I took a little trip to Paris to cheer on the LFR members who where running the Marathon (I may have even jumped the barrier to run the very last few metres with Debbie), I got to cheer on the runners at the VMLM as a marshal, I ran round Central Park, I got very drunk very quickly running laps round Astral Park and downing cans of gin, I got to go to Amsterdam with the Club and complete my 3rd Half Marathon and I even got to be in a band even though I can’t play an instrument.

This weekend after I finish writing this blog I’ll be heading out the door for my longest run ever with a 15 mile training run, eek!  I’m partial to a bit of bling but I love a hoodie even more and in a moment of madness I signed up to run Oakley 20 in April.  I know, I know everyone says ‘well to might as well run a marathon, it’s only another 6 miles?’ but I honestly don't want to.  After I have (fingers crossed) finished Oakley I’ll be quite happy to get back to 10k’s and maybe a few more Half’s. What I enjoy most about being with the club is going out on a social run and cheering on the runners that really push themselves, even if it is running their first 5k.  We are all runners in this club!