Carrie – Out of Action

Posted on 16th March 2016 Categories: Running Blogs Comments are off for this post 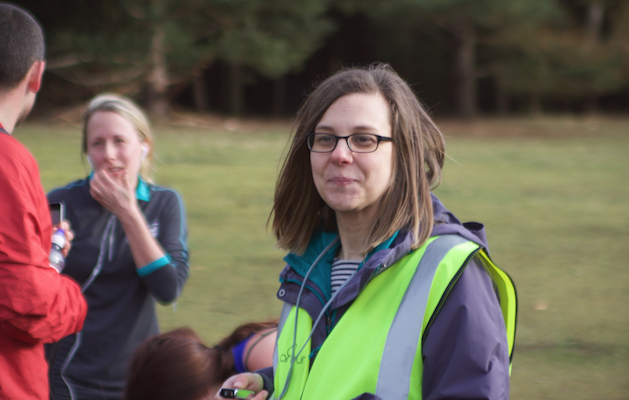 So back in January, Captain Rob blogged about staying injury free, I must have missed that one!  So the last few weeks I have been trying to keep myself from turning into a couch potato whilst I've been out of action, but here are a few of the things that I have learnt or have kept me from going slightly mad from the lack of endorphins…

LISTEN TO YOUR BODY
Well firstly I would say, don't keep running for a few weeks convincing yourself the 'niggle' will go away on its own like I did.  It took me two weeks of suffering before I took notice of the pain I was getting whilst walking and running.  Listen to your body, I’m sure I would be back out there now had I not tried to ignore it.  I might have even made it worse than it already was by carrying on regardless.

GET CHECKED OUT
In the end, I did have to go and pay a visit to a physio.  I tell my clients all the time that google is not always your friend despite trying to self diagnose this injury. Relieved at least that I wasn’t going to have my leg chopped off he did proceeded to stick needles in me.  Now coming from a medical vocation you would think a teeny tiny needle sticking out of your leg would be a breeze… I am the biggest wimp when it comes to needles so for me that was quite traumatic.

REST UP
Take advantage of not having to pound the pavement for a few weeks.  Got a box set you have been dying to start?  Or a good book that’s collecting dust?  If you have a reason to be sat on the sofa, take advantage, it's guilt free!  Oh and try not to do too much internet shopping, that might get expensive.

DO YOUR EXERCISES
If you do pay a trip to a physio then make sure you do what they say.  If they give you exercises to do then do them, it will only take a few minutes and if you are lucky you can do them sat in front of the TV too.  A fellow club runner who has recently been out of action for over a year will tell you it is amazing how you can bounce back if you know what you need to do to get you back in your trainers.

ALTERNATIVE ACTIVITIES
Even walking has been a bit of a struggle seeing as it is my ankle that is giving me jip.  I have however been able to hula hoop (in front of the tv too, I like that), work on my core stability with a bit of pilates and yoga, and I had planned on hitting the pool but it’s not much fun getting out of a cold pool on a cold day (I might have to resort to that next week as I am getting a bit fidgety.) Thankfully my ankle has not protested whilst on my bike so that has seen a few more trips round the block than it normally would.  I may even bring it out Tuesday night and beast people out on their leg stretch.  Got a gym membership?  Hit the weights and work on the bits that don't get much action when you run.

HANG OUT WITH RUNNERS
There is still a buzz from seeing your fellow runners, so I still turned up to club to help out at 5caKe night and took part in the Pilates night.  I’ve also still been volunteering at parkrun each week, that has been great as when someone comes through the finishing funnel looking like they might vomit I’ve been thinking rather them than me!

BE PATIENT
Ok i’m struggling a bit with this one.  Two weeks might have well have been two months with the moaning I’m doing and I’m sure there are a lot of people out there that have been out of action for a lot longer, but I know it won’t get me out any quicker.