Posted on 4th November 2019 Categories: Running Blogs Comments are off for this post

So the name itself may sound like an event ONLY for the super gnarly, ultra fit, ultra strong, ultra everything, and slightly disturbed. This is not the case, If I can do it AND enjoy it, anyone can. This is my take on a super fun 48 hours outdoors...

The Continental Thunder Run - or “Conti” as it is generally called -  is a 24 hour running relay race held on a lovely, country estate just outside Burton-upon-Trent. Entrants can participate either as solo entrants (super nuts), pairs, small teams, right up to large teams of 8 – which is where we are. The aim of the race is to complete as many laps as possible within 24 hours. Put simply: the biggest relay race you’re likely to find.  And certainly the best organised, I reckon.

LFR have entered mixed teams into the race for a number of years now and so as a club we have some veterans, some newish newbies and, as of last year, super fresh newbies (I was one of them).  I had heard about the event a few times and seen some of the photos from previous years. On the face of it, it looked like a lot of fun. My reservation - which turned out to be completely unfounded - would I be good enough? Would l let everyone down? Would I be too slow?  What if I got hurt? Having talked about it with others at the club I was swiftly told, “don’t be daft – join in!” In hindsight, the culture of our club is very inclusive regardless of ability, age, shoe size, brand of T-Shirt, why shouldn’t I sign up? So I did.

I would like to say that there was copious amounts of training prior to the event, but there wasn’t - apart from a few parkruns, club nights, and the like but that really didn’t matter.

The weekend fast approached and before I knew it I found myself with a fully loaded car full of kit heading to Catton Park. On arrival. Chair Steve had sneakily “got there early” and secured what appeared to be an LFR crime scene complete with police tape, cordoning off our section of field. Worry not this was our pitch reserved for our race HQ. Fettling with tents, awnings, gazebos and other camping kit ensued before race HR was up and running with the first brew. Before long the entire team was in situ, some were even daft enough to CYCLE to the event (nuts). VIP camping space was reserved for our very own catering facilities provided by Martin and Barbara – Legends (I’ll come back to the catering).

Now, onto the event and course. As you can imagine, there’s anything and everything you could ever possibly want to buy at the numerous trade stalls – particular highlights include the bobble hat stand – a must for some LFR’s. There’s a good selection of food stands as well as the all important beer bus – not to be missed. There is also live music on the Friday. You see, not all serious running….

The course itself is, well, technical. That would be one way to describe it. The course starts in the middle of the event field and meanders its way around the edge of the camping areas before heading out (and up) into the woods. The course, dives in and out of the trees, through copses, open fields, just about everything really. The terrain itself is a mixture of grass, mud, a bit of gravel here and there, tree routes, corpses of former competitors…. It’s a real mixed bag and the 10k lap is never the same so you will not get bored. The weather can change the track in an instant as it did for last year’s teams. One moment a dry, dusty trail. The next moment, a muddy, rutted trail of slush that no footwear on this planet can get a grip on –oh and don’t forget you get to do this in the dark too! What’s not to like?

The race starts at 12 pm and doesn’t stop until 12pm the following day (clue’s in the name). As I said before, this is a relay race and so the teams organise themselves into an order of running, much like team GB would in a relay (although LFR teams would be much quicker, clearly) and this is the order you more or less stick to. This means that you have time to recover between laps, maybe even go to sleep? Eat, have a beer, cheer on others? Your choice. I opted for all of the above. In previous years, we have been well and truly spoilt by the presence of our very own chef, Barbara, who has provided us with enough chilli, bacon, eggs and sausages to feed an army which means you can easily refuel between laps. No pressure guys and girls, but this catering is amazing and makes keeping fuelled up a whole lot easier.

As the race got underway in the beautiful sunshine, non runners settled down in the LFR “viewing gazebo” strategically placed on the course with a 0.5km to the finish line. A perfect place to cheer on others, in particular team mates coming past for the first time. Oh, did I mention the fancy dress? The theme chosen was Hawaiian. The pictures alone will do the talking – great choice and well received by fellow runners. Anyhow, as the afternoon wore on the weather somewhat “changed”. An hour of solid rain turned the course into a mud bath, fantastic for those few with spikes, shocker for more or less everyone else. Luckily, the rain came and went and over the remainder of the 24 hours, the course dried out but safe to say there were a few muddy people passing by, again, pictures can replace a thousand words. As the daylight fell away, the race changed – head torches become compulsory and the course became very different. The course you ran in the daylight was a completely different course by night. There are no floodlights, just dimly lit marshals dotted along the course (they’re there all night too you know). Between laps, I managed a few hours sleep, even a shower at one point. Regardless of what time it was, there was always someone kicking around our race HQ who had the kettle on, or was chewing on some crisps, or asleep in a chair and that was a good thing, especially after deciding to do a double stint (2 x 10k laps) finishing at about 1am. It didn’t seem like that long before the sun was up, by which time most of us had rattled off 4 or 5 laps, quite an achievement, especially given the terrain and weather bomb that hit the site the previous afternoon.

To sum up, I decided to enter the Conti for a number of reasons: I love to be outside, I love to run, but I don’t take it too seriously either, I love to be part of a team, I don’t mind a bit of mud, I definitely like a bit of fun and banter and I enjoy being with like minded people. If this is you then this is definitely something to join in on. You will see individuals trudge round the track and they may be more capable than you, they may be less capable, they may be running for charity, they may have lost both of their legs (yes, there was a chap with no legs going round – inspiring) but the one thing everyone leaves with is the great sense of achievement and satisfaction, and some muddy running gear. It’s a no brainer for me – July 20-21st!

Finally, I do like a top ten and so one for the Conti seemed quite appropriate. 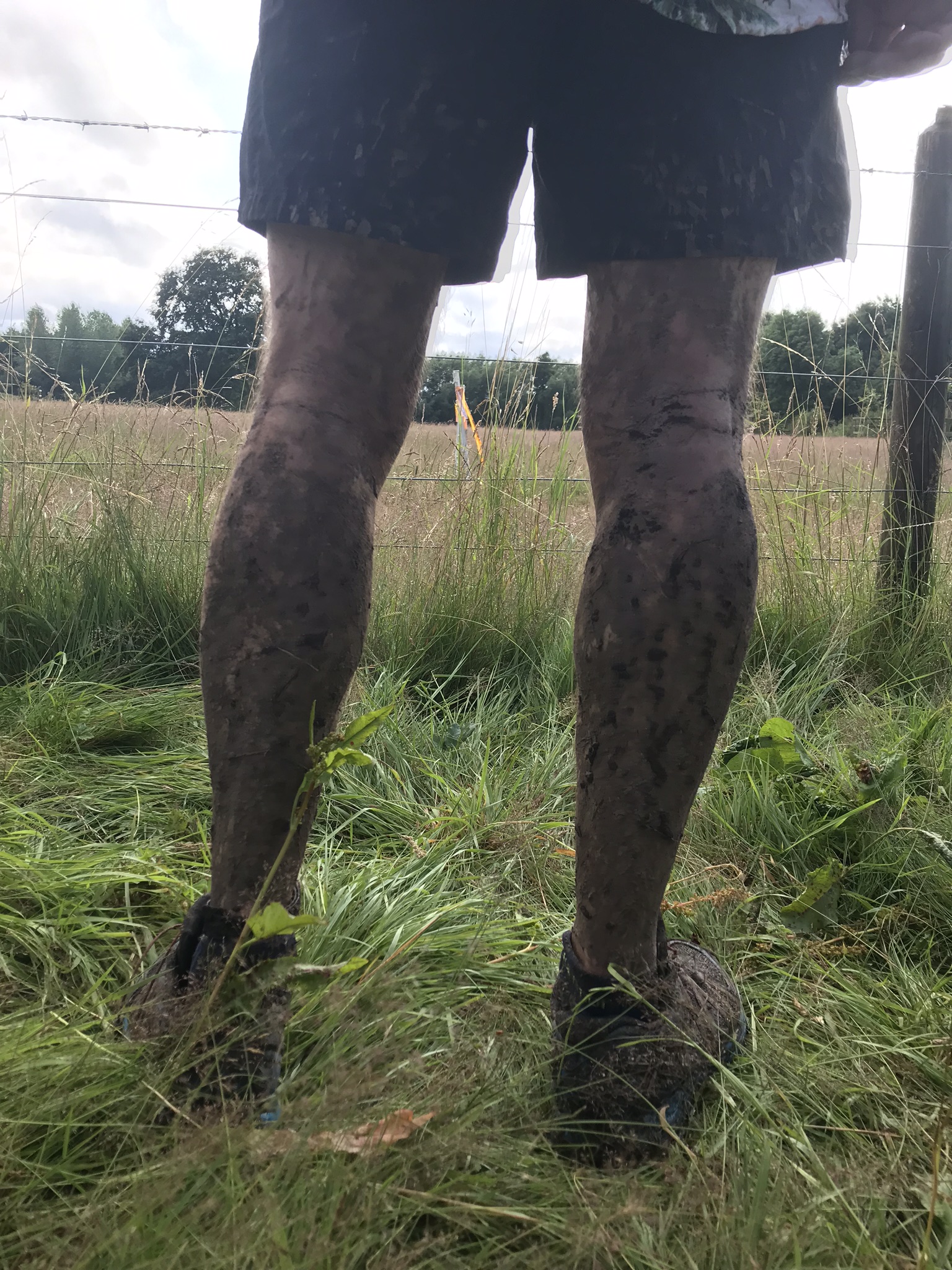 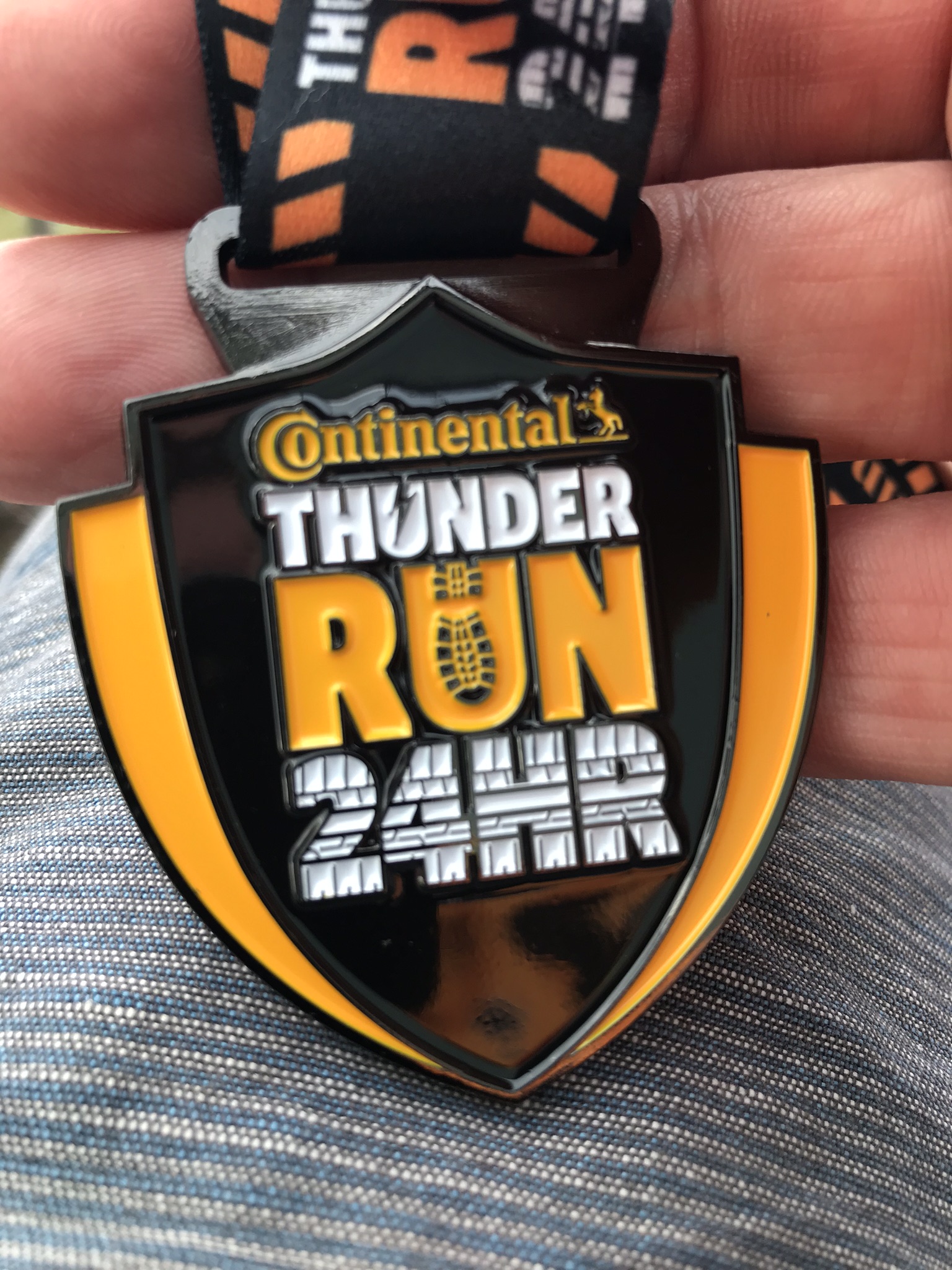