Posted on 22nd June 2018 Categories: Running Blogs Comments are off for this post 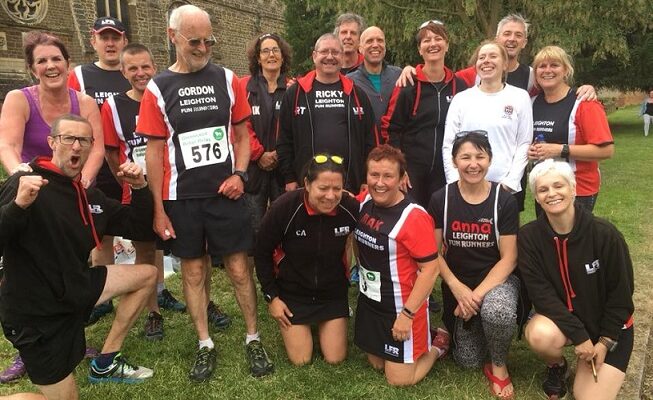 What more could a Fun runner want than a trail run that ends at a pub!!!!

This was made for us (and we were one of the two teams at the first event apparently). It’s a 34 mile relay split over 6 legs from Tiddenfoot to The Crown pub at Northill, following the Greensand Ridge. Each leg is between 4.5m to 9.3m on sandy paths, across fields, through many woods.

LFR had entered three teams this year and Gordon Hill, who ran it as a soloist (who can blame him with such amazing views and countryside on each leg).

Why do I love this race?
Well its so much fun and always eventful(wrote my car off last year)
The Picnics
The Cake
Beer (and prosecco this year)
Amazing team atmosphere
People getting lost (and running into low branches, which is surprising as the person in question is only 5’6″)
Buddying up on legs
Everyone giving their all and we even saw two teams beating their handicap and two runners ranked in the top 6 on their legs