Leighton Fun Runners > Running Blogs > Is the best competition the one you have with yourself?

Is the best competition the one you have with yourself?

Posted on 20th May 2017 Categories: Running Blogs Comments are off for this post 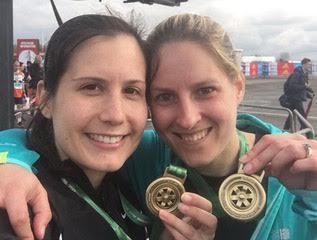 Is the best competition the one you have with yourself? by Alice

Is the best competition the one you have with yourself?

Those of you who know me will already have noticed that I can be a teeny bit competitive. There have been many a Fartlek session where I’ve nearly keeled over trying to keep up with the faster ladies and there has been a race after which I’ve been extremely grumpy for several hours because I didn’t do as well as I had in the race before. And although I tell myself it’s not the end of the world, I also wonder if there’s really anything so wrong with always wanting to do that little bit better and having these little competitions with myself.

2017 has already seen a few firsts for me in terms of running. Having already “conquered” a few 10k races, I ran my first 10 mile race in St. Albans in January then ran my first half marathon at Silverstone in March. Despite swearing for years that I would never ever run a marathon I have to admit to entering the ballot for the London Marathon next year. It’s obviously highly unlikely that I’ll get a place but whatever happens I think it’ll probably only be a matter or time before I want to see if I can push myself to that particular next level. That’s the thing I’ve found with running you see – every time I manage to achieve something I just want to better it.

Just 18 months ago running any of these distances was completely unthinkable to me so it was with a certain degree of trepidation that I drove to Silverstone for the race on a very damp and grey day back in March! As with all the best-laid plans, my training hadn’t gone quite as well as I’d hoped, partly due to a recurring heel injury and partly due to a chest infection I managed to pick up just before the race. I knew I probably wasn’t well enough to race but it was my first half, which also meant my first medal (if I managed to finish) and I really wanted the medal!

Given the circumstances the race went really pretty well although I made all the usual pretty standard mistakes. Knowing I wasn’t as healthy as I could be I went off quite quickly on the basis that I would flake out later on and should get the beginning done as quickly as possible - the worst thing I could possibly do – I know! And flake out I did! I quickly lost the pacer I’d been following and could see on my watch that I was completing each mile more and more slowly than the one before. I also didn’t hydrate myself properly and around mile 9 I suddenly got backache. Being no stranger to some pretty painful hangovers over the years I pretty quickly recognised the ache as dehydration. Fortunately the lucozade station was just ahead and after downing two bottles of the stuff I was able to continue. I was also coughing and hacking pretty constantly all the way round the course and could tell my fellow runners didn’t know whether to be concerned that I was dying or just really annoyed at how loud and annoying I was being! Despite all this I found my second wind over the last 3 miles or so and still managed to prance over the finish line in a reasonably respectable time.

Next week I’ll be running my second half-marathon, this time up in Edinburgh. I’m told the course is quite flat (so PB potential) and as it stands I appear not to be injured or ill. The problem with this is that means I can’t think of any reason why this race should go badly which means I’ll be particularly upset with myself if it does! (It almost certainly will now!)

I know I’m never going to be the best or the fastest runner and I’m never actually going to win a race but that doesn’t matter - the only competition I’m really bothered about is the one I have with myself – and that will mean that I will continue to do some pretty ill-advised, borderline stupid stuff! Will I run again when injured? I expect so. Will I run a race even when I should really be lying in bed drinking lemsip? Probably. To me though, if it means I can still chase after and get that elusive PB, it’s all worth it.