Posted on 5th January 2021 Categories: Latest News Comments are off for this post

2020 began with so much promise. Our first few months were just as usual. New Year’s Day saw LFR’s at different parkruns; the usual marathon gang were running marathons; Team LFR took to the Cross Country Championship Race; we put on our annual Watchless 5 where Emily took home the prize; and we finished the Three Counties XC league with the best results we have ever had…let’s remind you…

A brilliant team result and some fantastic individual results from LFR! 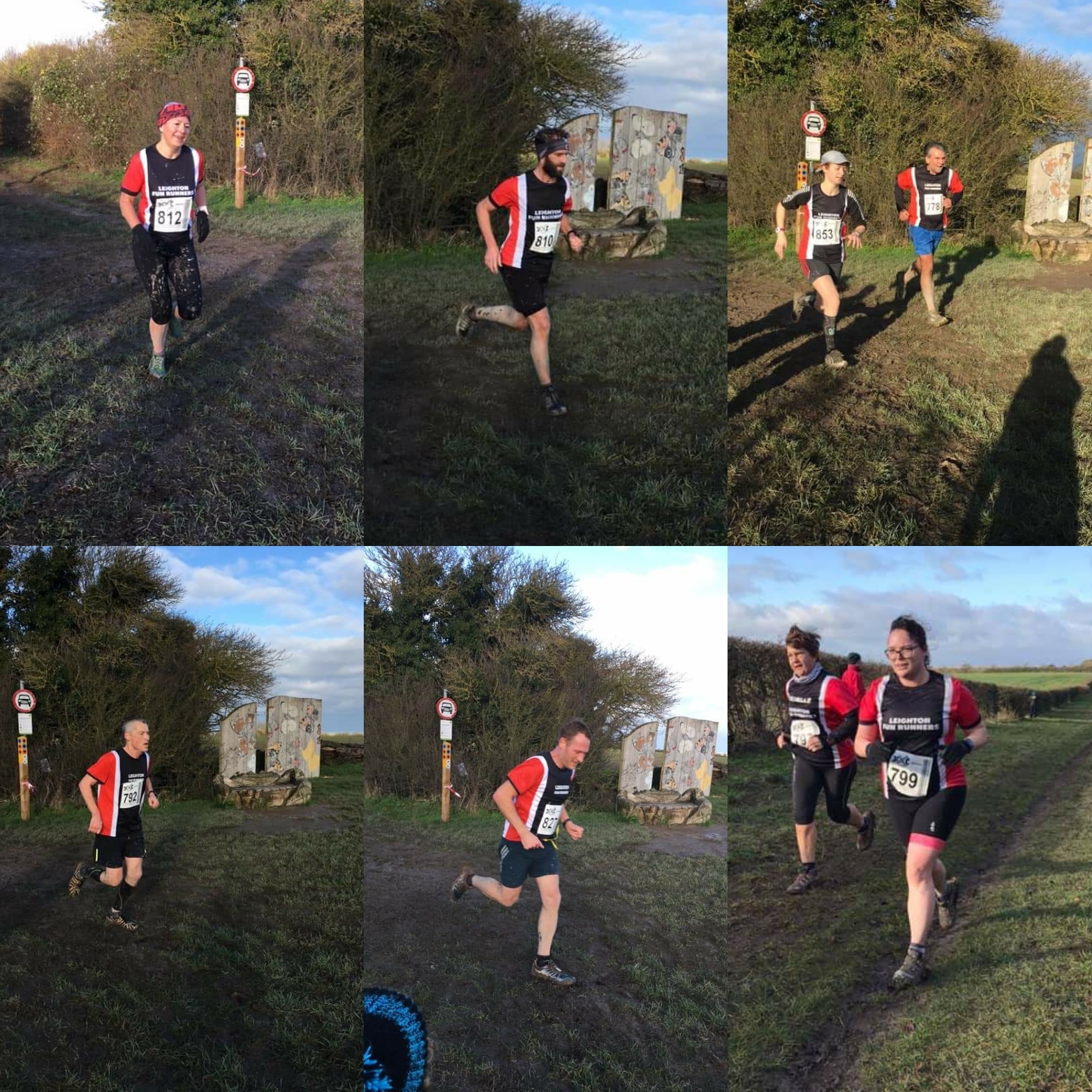 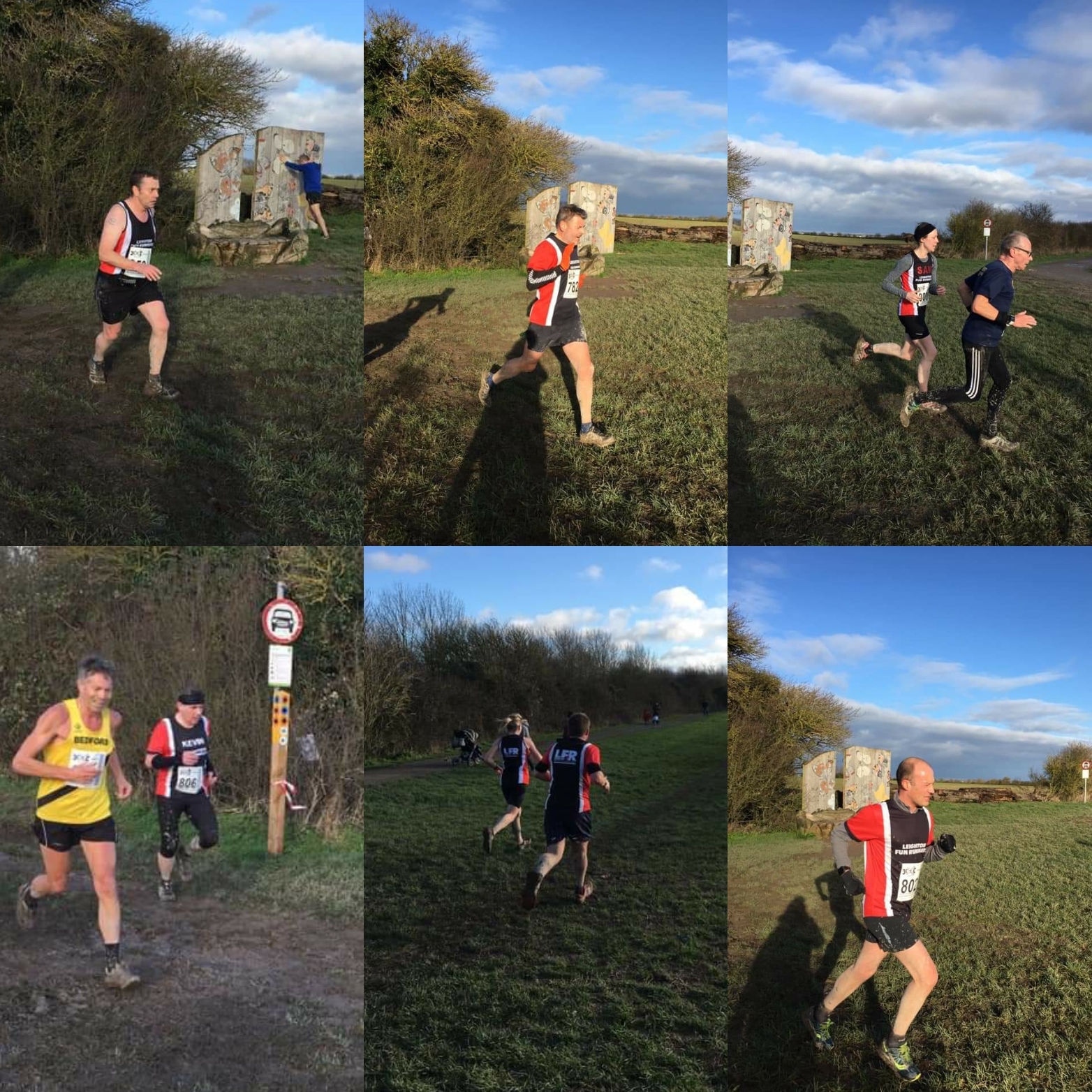 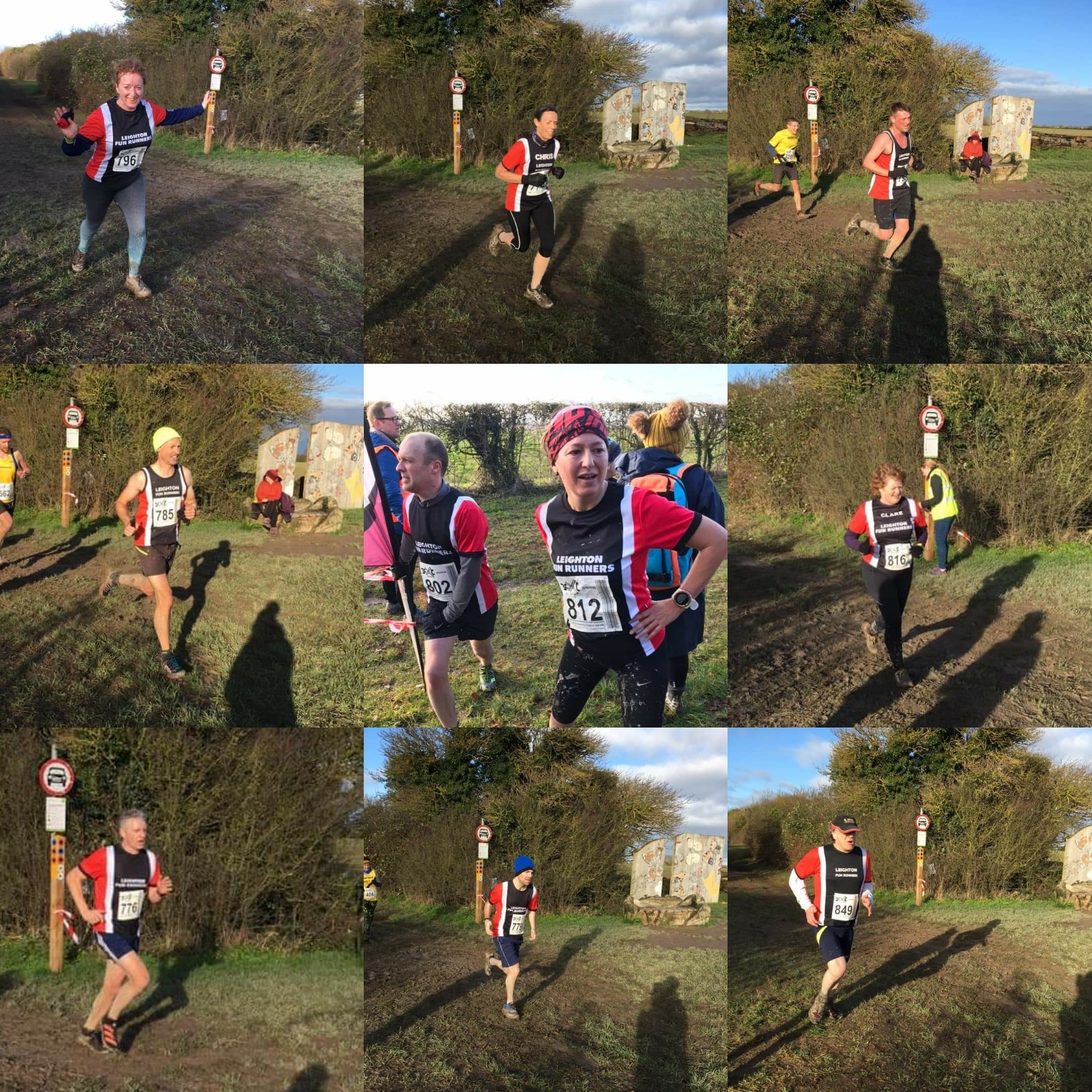 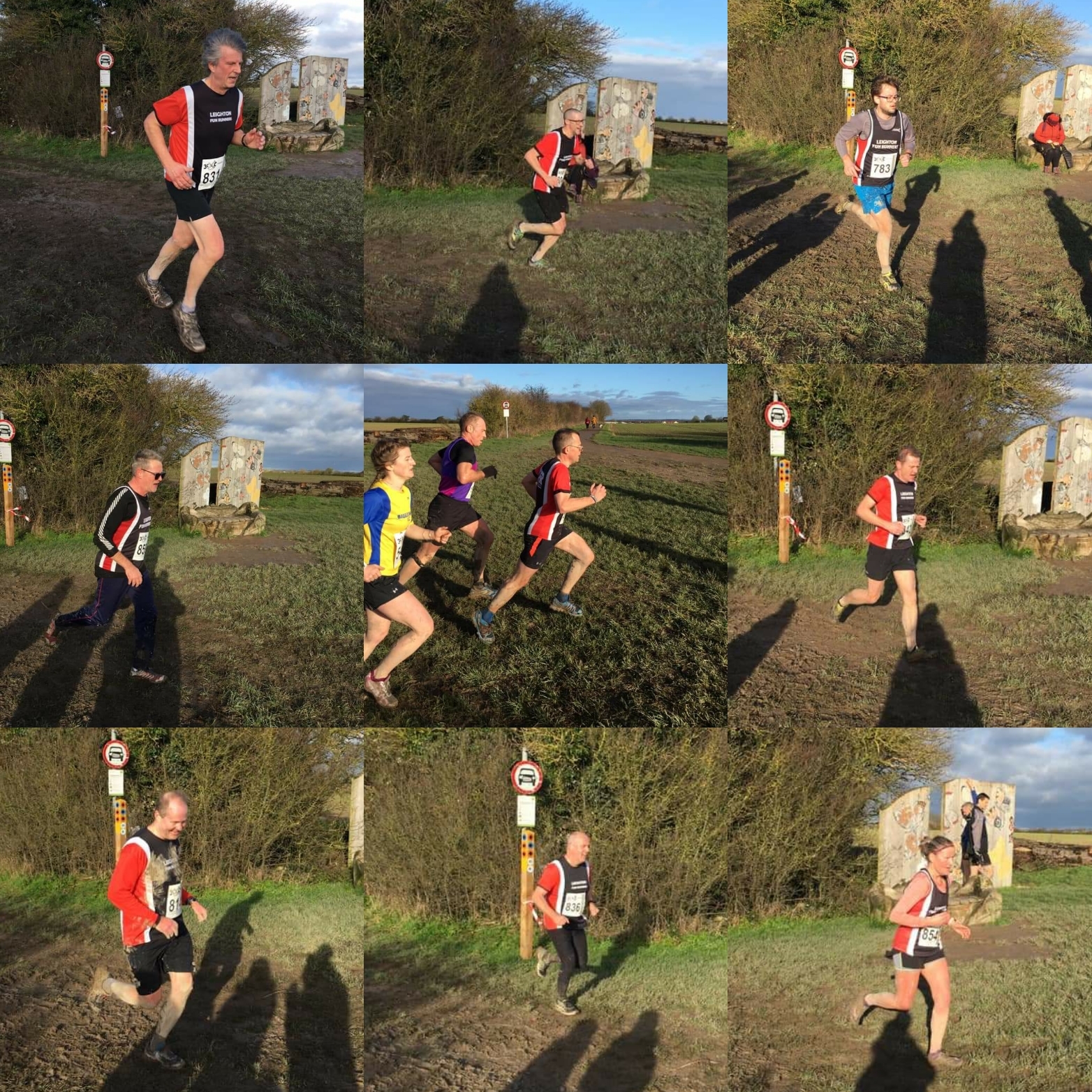 We battled storms at the beginning of the year. First came Storm Brendan, swiftly followed by Storm Ciara (I still don’t know how to pronounce this) in February which caused the first race cancellations of the year, a few trips and slips and gave Matthew Ma Hypothermia at the Brecon to Cardiff Ultra!

We were still excited in February for the year ahead, many of us putting in the miles for upcoming marathons, half marathons and other races. We were planning for our own 10K race, The Greensand Ridge Relay. Such joy to be seen everywhere!

February was also the month we had three of our members qualify as Run Coaches passing their CIRF course with England Athletics! Superb work Debbie, Annis and Matt! Coaches for Life. 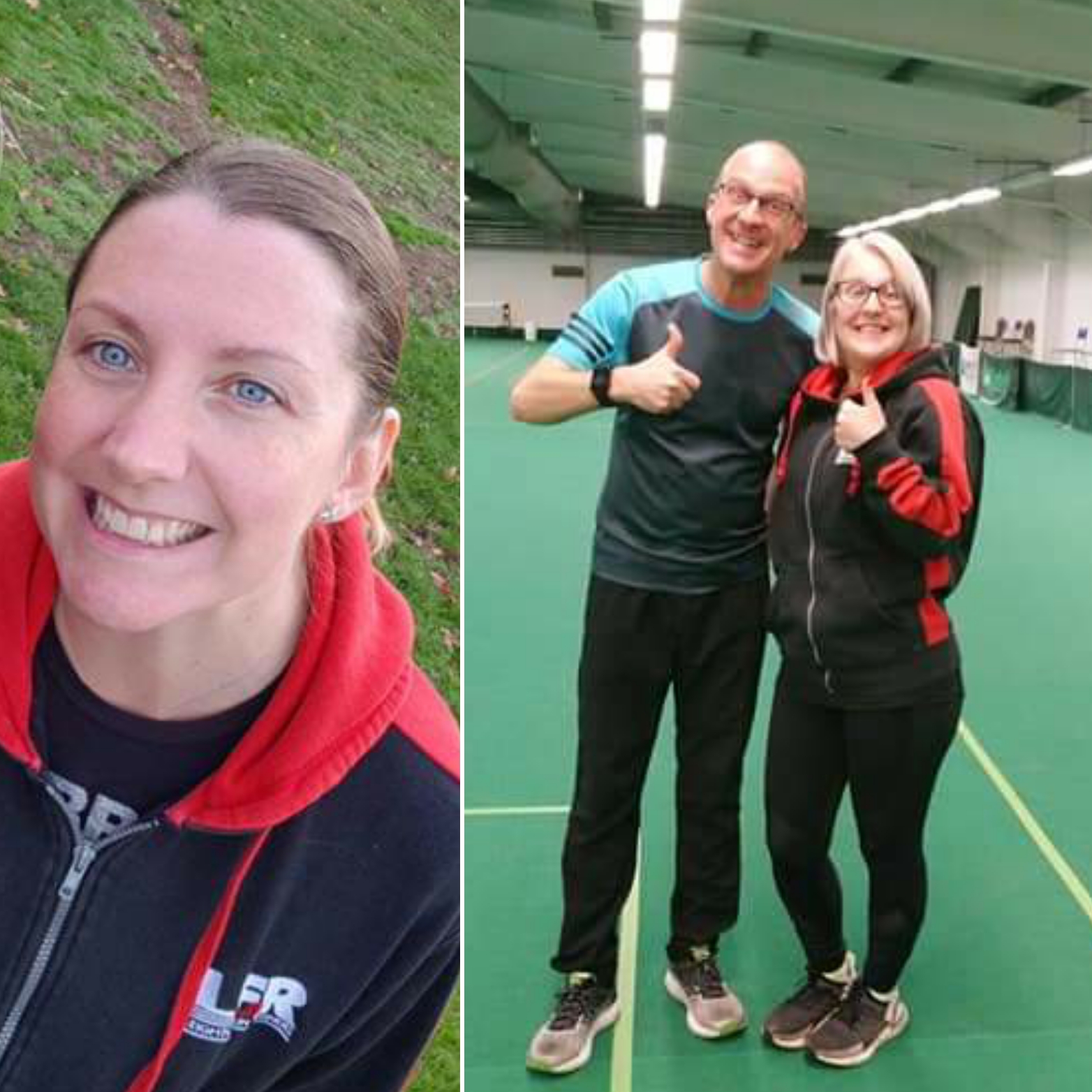 Following Storm Ciara (seriously, how is this pronounced), Storm Dennis quickly arrived and cancelled more events: parkruns were cancelled, our favourite XC event the Hardwick X-Stream cancelled and the LDWA Punchbowl was cancelled! At least we were used to cancellations at this point…

Things were still somewhat normal at the beginning March. We had our AGM and elected a new committee; we made a donation of £5,289.95 to the 2019/20 club charity (Reclaim Life) and chose our new club charity for 2020/21 which was the MK Hospital Charity.

Members were smashing out PBs, coming first in races, parkrun was back, ultras were back, we had our pancake run, we even had our breakfast run. And then the news came. Coronavirus had been in the news for some time and was steadily causing concern until eventually we made the decision to suspend all club runs in mid-March and cancelled our 10K soon after. A week later, the whole country was in lockdown.

Well…we were still allowed to run. On our own. So run we did! And we shared so many smiling seflies to motivate everyone else to do the same.

The Captains put on weekly challenges for all of us: these included bingo runs – going on a run and taking a photo of various different things; rainbow runs; Strava Art; spell your name in road signs; Alphabet challenges; Graph Club; Chairman’s Quiz Run; Pacing challenges; out and back; and many many MANY more. 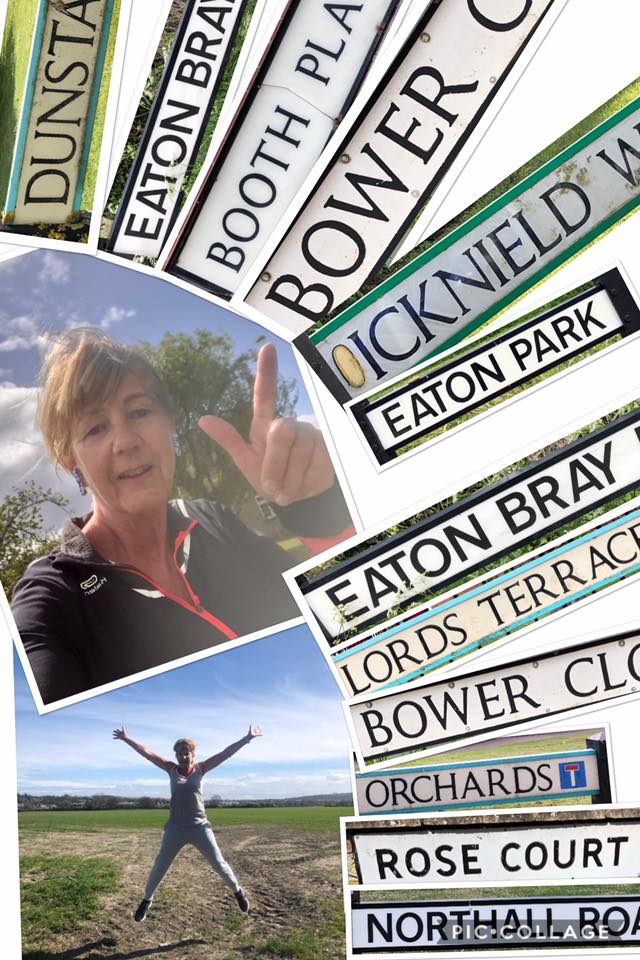 We started a weekly virtual racing league where people challenged themselves each week to beat the previous times. Kudos to Linda who ran faster week on week and achieved her fastest 5K in 2020!

We also had the Lockdown Relays organised by Wellingborough District Athletic Club. Members were given a time slot to run as far as they could in 30 minutes! Everyone enjoyed the first event so much, we had two more!

We EVEN managed to squeeze our Annual Awards Night in, this time virtual, with HUGE thanks to Captain JPS for organising this and giving us all a brilliant laugh. Do you remember who received the awards? Here are our winners….

A huge well done to everyone who received an award!

And then we were back….July saw the return of the club runs! Following the easing of restrictions, and the go ahead from the government and England Athletics, we started our club runs again. Of course, we had restrictions on these and we started slowly. We implemented a booking system on our website (big thanks to our webmaster, Nic Dimmock, for all his efforts in this!), and eventually we got into the swing adding more and more club runs each week.

We would not have been able to put on any club runs without the help and commitment of our run leaders who put their hands up each week. Thank you so much for all you do and continue to do for the club.

Paul Little took to Ashridge to run loops of the boundary for his virtual event. He ran a MASSIVE 105 miles for the Virtual Lakeland 100 , running from LB to Ashridge, ran the loops and continued for 26 hours.

We had LOTS of members getting involved in the MK Reimagined Events – Marathon, Half Marathon, 10K, 5K and Relay. Who could forget Steve running the 10K, getting lost on a route that goes twice around the same lake!

The relay saw LFR teams come first in both the men’s and ladies’ races, LFR Go Nuts and the Nifty Fifties!

And Katharine Smith. Well. She ran her FIRST EVER MARATHON. We all know Katharine had an inspirational year in 2019 raising funds for charity and this year she went even further. She raised a whopping £3,220 for Young Minds which was matched by Morrisons meaning a massive £6,440 is going to a wonderful charity! Well done, Katharine. We are all so proud of you! 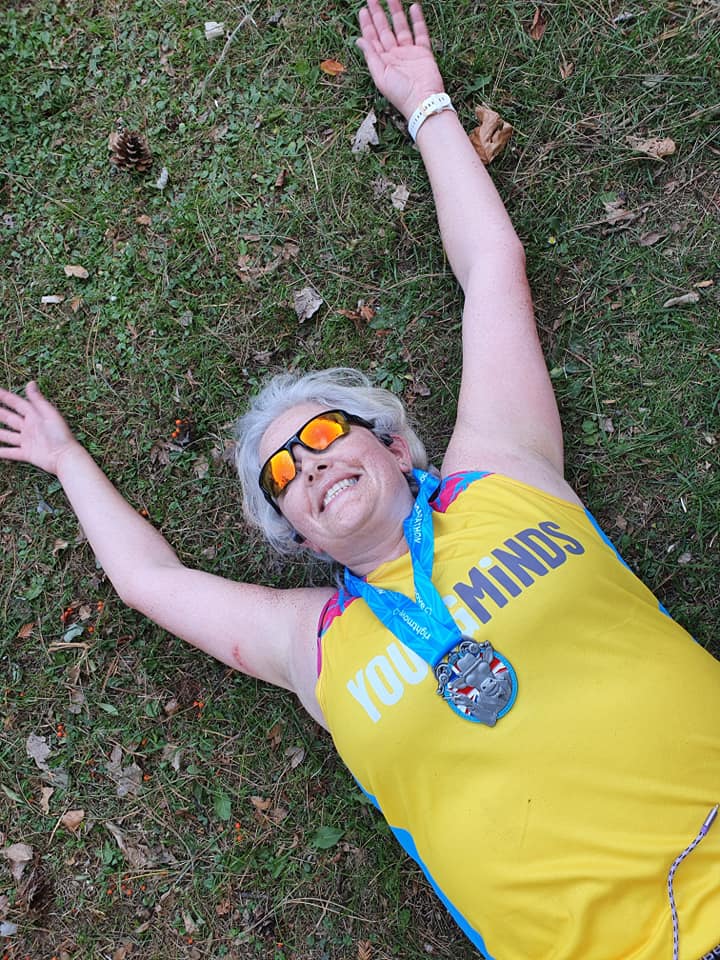 Some real life events also took place with members taking on the MK Autumn Half, the Hillingdon Half, the Beachy Head Marathon, a local race at the Long Marston 10K. Even cross country made it’s way back into our lives with the first race of the ATW XC Series. What a glorious sight to see LFR back in the mud!

The club were still adding more and more club runs, we started weekend running and doing long trail runs. Then all of a sudden November hit and we were back in lockdown. Heading back into lockdown meant the captains coming up with more challenges: we had an Everesting challenge – who can run the most ascent in their run? – and VC Chris made some scavenger hunts – finding iconic sights of LB and the surrounding villages...

We still had a virtual event within Lockdown 2.0 and another horde of LFR took on the local Dirt Half Challenge navigating through flooded fields and mud. ALL THE MUD.  Dawn showing it perfectly here... 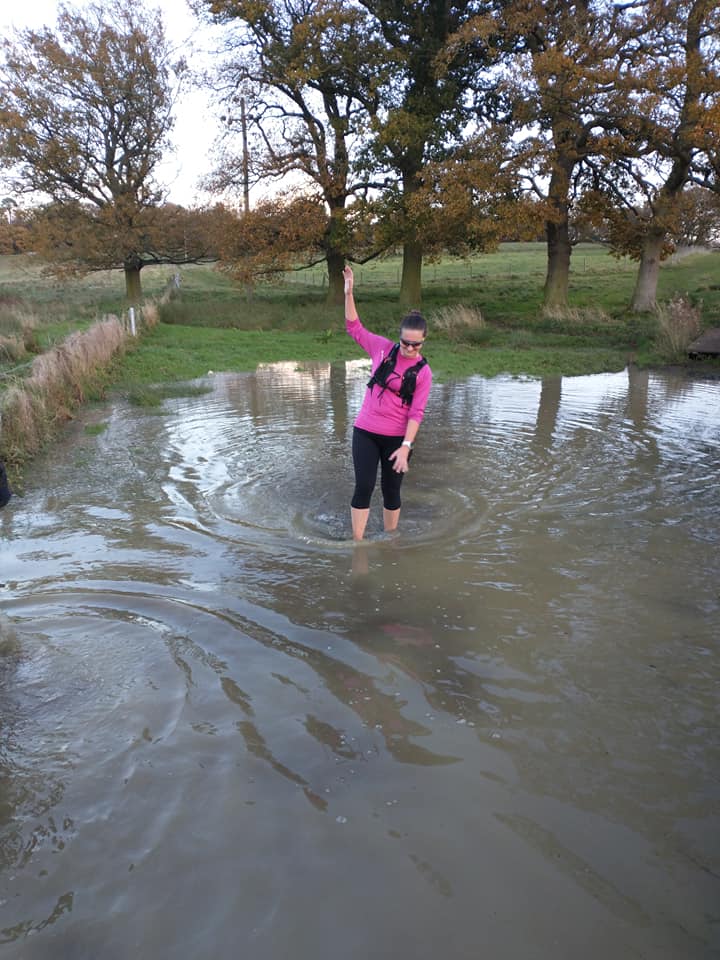 When this second lockdown ended, we were back club running seeing all the festive displays around the town and back at the last race of the year every year – the MK Winter Half!  New member Alena ran her first ever half marathon during this and we even had some age category results with Paul Thomas winning his and Rosie Booth coming second in hers.

We found ourselves in Tier 2. We were running again. Just getting back into the swing of it, organising runs. Then it was announced we were entering Tier 3 and then immediately we were moved into a brand-new tier…Tier 4. And club runs have been suspended again.

The whole year saw our members dig deep and keep on running.  There were so many superb performances and results all year and some incredible personal challenges.   There are too many to mention, but a few shout outs now...

To parkrun heroes David and Chris Ayers who run on their own Linslade parks run each week, reporting their results and keeping us entertained.

VC Emily ran 750 miles in a year she was injured more than she was not!

Amanda Godden for her array of photography skills week on week.  Here's a brilliant example... 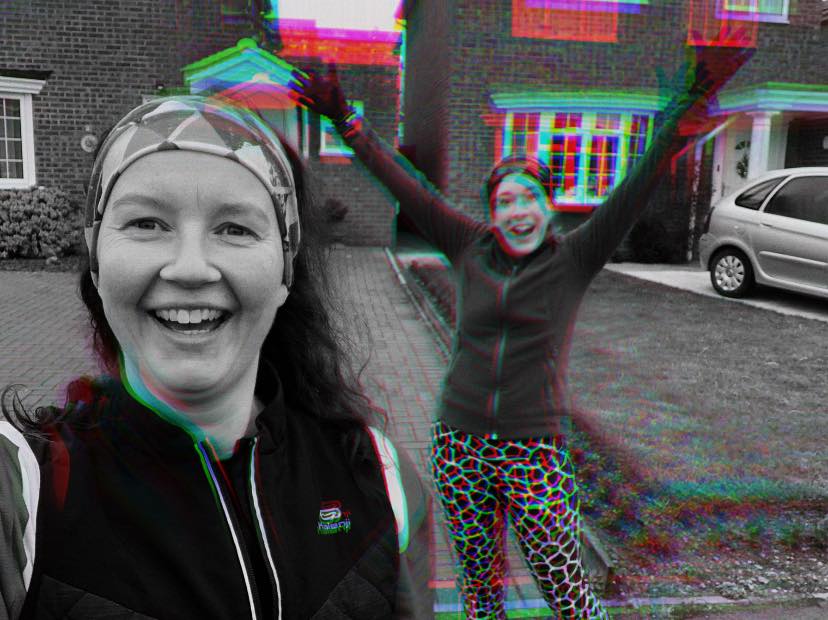 Kama Langham for improving her 5K time in 2020 by a massive 8 minutes!

Paul House and Gavin Prechner for their beard growth.

Adam ran a lot of half marathons and ended his streak with a PB of 1.58.

James Bassil who made the ultimate progression chart during eight weeks of running.  48 runs in 54 days.  Looks like this..... 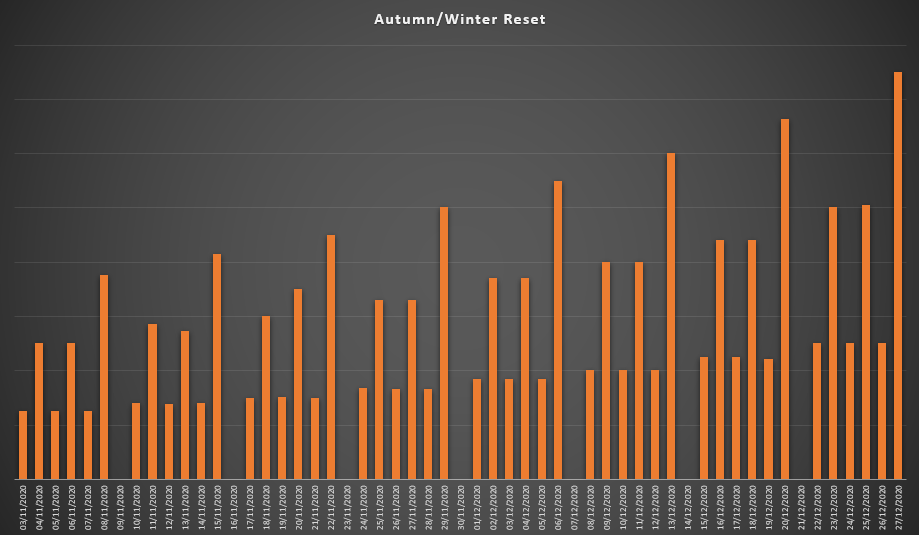 The whole committee for leading the club through the toughest of years and staying sane throughout.

The captains for everything they have done.  You know!

Every single one of our members for sharing their runs and continuing to support the club through these difficult times.

And finally Captain JPS who took it upon himself to run every single road in Leighton Buzzard.  Let me repeat that.  Every. Single Road.  To create this amazing heat map... 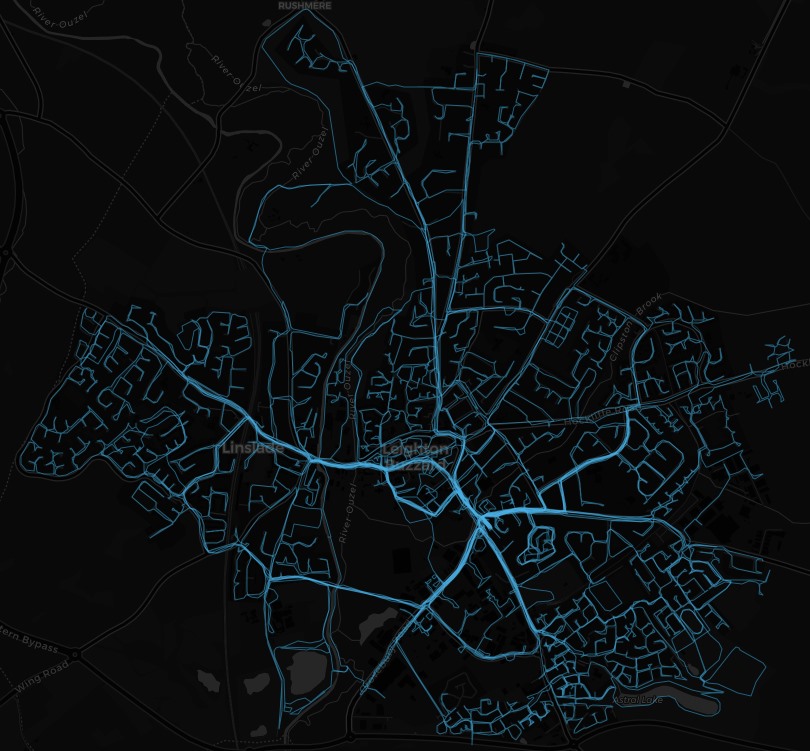 This is just a selection of amazing feats in 2020 from our members.  There have been more and too many to list everyone!  Well done to all of us for getting through one of the toughest years any of us have ever experienced.

We are heading into 2021 with uncertainty still and Lockdown 3 beginning.  But we know we can get through it.  We already have.

See you on the other side, LFR. 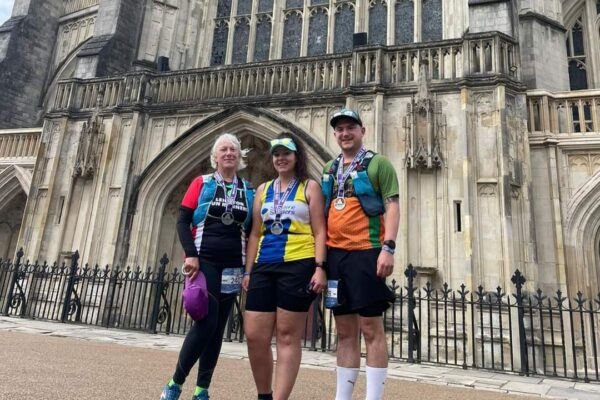 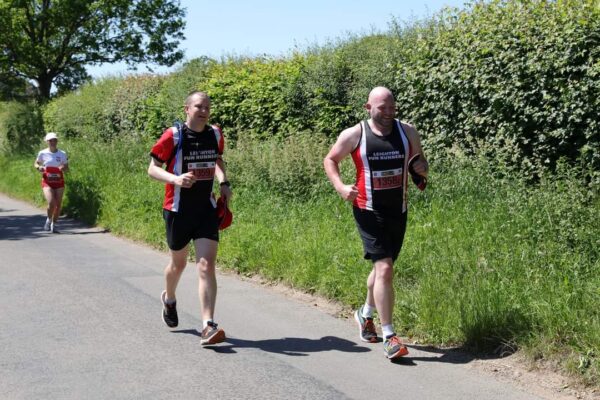 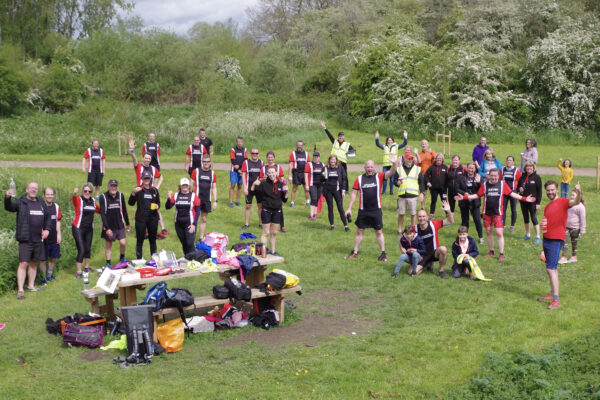