Posted on 7th March 2016 Categories: Running Blogs Comments are off for this post 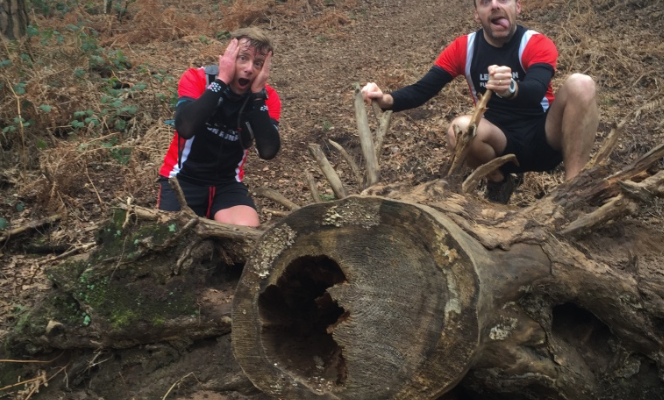 There are some golden rules for race day that explain how to maximise your race day experience and give you the best possible conditions to grab a PB. Things like hydrating and resting properly in the days leading up to a race, arriving in good time and eating sensibly the morning of a race, whilst not strictly training related, can all help your performance on the day.  That said, It’s very common to hear about new runners talking about what happened during a race and saying “if only I didn’t….” but the same is also true of more experienced runners. We are all guilty as charged, your honour.

I raced last weekend and being honest, I was not expecting to do well. My training was not specific for this half marathon, or anything at all really, just running what I could, when I could and enjoying it. Also, in the days leading up to the race I had some intensive birthday celebrations, which is not exactly textbook race prep either. Finally, for reasons unknown the posse going to the race had decided to travel down on the day, and when we realised at what time in the morning the roads would start closing around the city, it was too late to get a hotel the night before. Our fate was sealed…we would have to be up at 4am to get there in time.

So arriving in Brighton untrained, slightly jaded from recent celebrations, but wired on coffee I headed over to the race start with the team. I recall thinking low expectation thoughts “We got here in time, and the weather looks good, so let’s just enjoy the day!” After looking at the map upside down for 10 minutes the walk to the bag drop turned out to be way longer than anticipated, leaving us right at the back of nearly 9000 people with the race start imminent. Toilets! We quickly scanned the surrounding area and were amazed by the size of the queues. You know things are bad when people start heading off to ‘go’ in the sea!

3 minutes to race start and I realise I need to get to my race pen, which was separated from me by about 8000 runners, so I start shimmying my way in and out and as the race countdown starts I am close but not close enough, but hey….never mind, no pressure, it's just a race and I knew I was only there to enjoy myself and support the others from the club.

That’s where the comedy ended and where the racing started. Autopilot kicked in. Moving around slower runners, holding back a bit at the start, then powering up through the field once warmed up. The only mistake made during the race was stopping at mile 10 to down a gel, which I then nearly choked on, so had to take on some water. Stupid! Not only did I lose time doing that, but it also takes a bit of time to get up to the pace again. However, I didn’t kick myself hard, “it's just a race” I told myself, no pressure!

So….with no specific training, jaded, tired and probably dehydrated, after losing time at the start and during the race I crossed the line with a 1:31 PB …. I’d love to say it was because I trained hard for it, rested properly, ate sensibly and hit each point of my race-day strategy, but I’d be lying -  I did the opposite of all that.

On reflection what I think happened is that by taking a much more relaxed approach and having very low expectations I was able to access personal resources on the day that are required to beat a personal best. Here’s the real question: Can stress and pressure suppress performances on race day? There seems to be plenty of articles on the interweb about it, like this one. http://www.runnersworld.com/running-tips/how-stress-can-help-and-hurt-running

So I think it’s fair to say that the ‘no pressure’ line seems to work for me. I might not make some of the mistakes again, but then again I’ll probably make others, but so what? It’s all about what you learn along the way, right?

From now on I will definitely try to put less pressure on myself for results because you never know, until you turn up for a race with low expectations, exactly what you are capable of.