Leighton Fun Runners > Latest News > This is the week…of the flat lays!

This is the week…of the flat lays!

Posted on 28th May 2019 Categories: Latest News Comments are off for this post 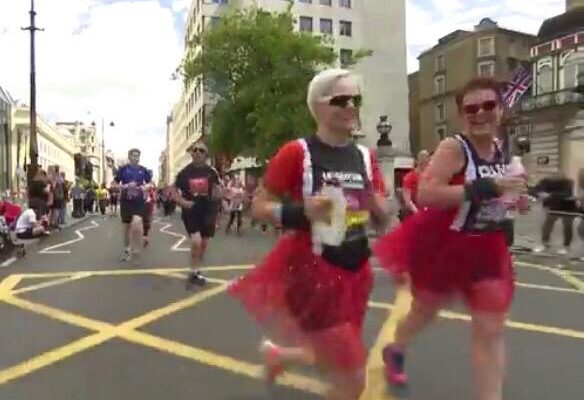 The week began with another loops night/pace groups combo.  The loops this time took us around Tiddenfoot pit with the pace leaders all taking the groups on different journeys to get there.  I think every single pace group pushed it and ran faster than their group time.  Superb efforts from everyone! 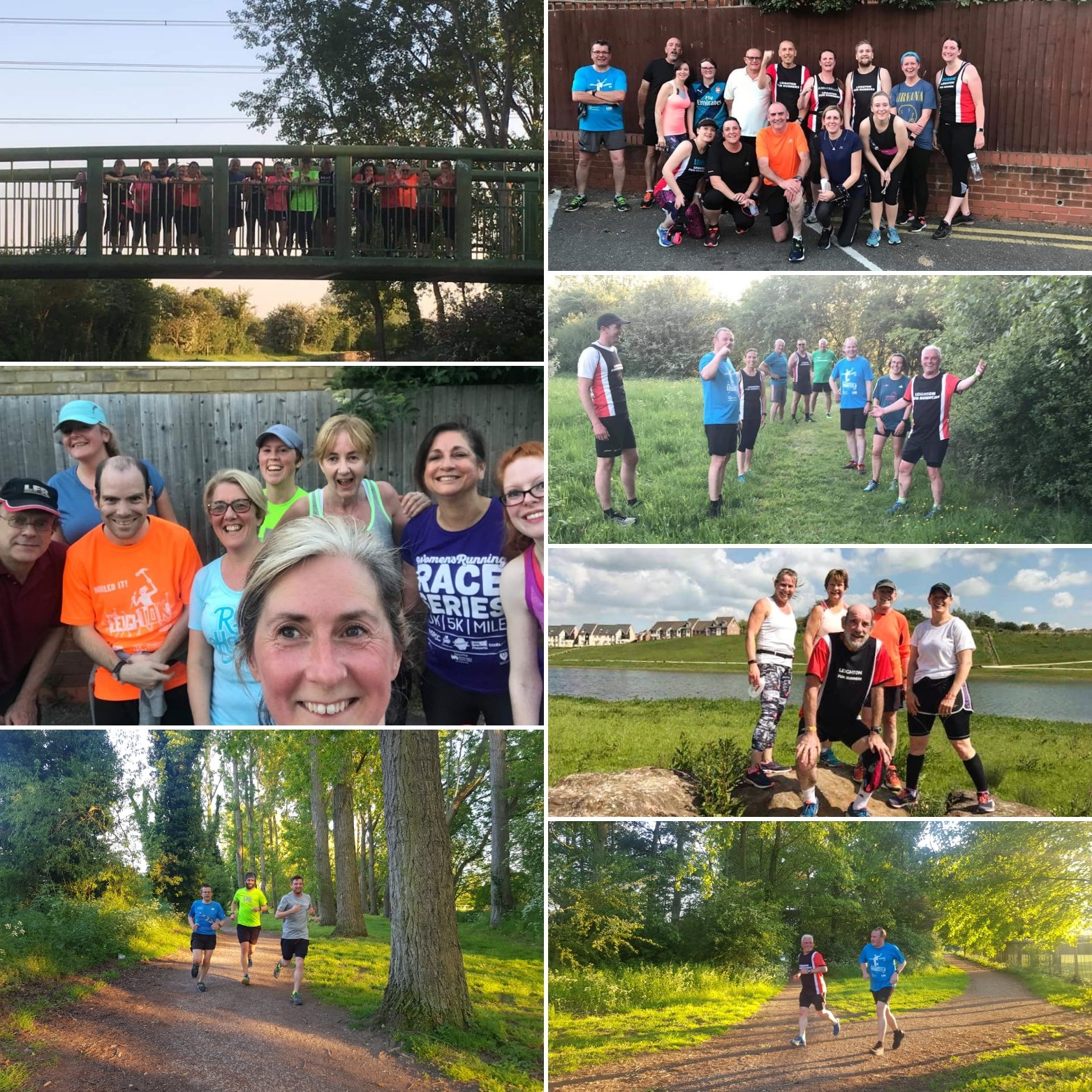 Karen led the Frolicking Fartlekkers on Wednesday.   Also on Wednesday it was Tring Running Club's invite night where a few LFRs travelled over to take on Tring's trails. 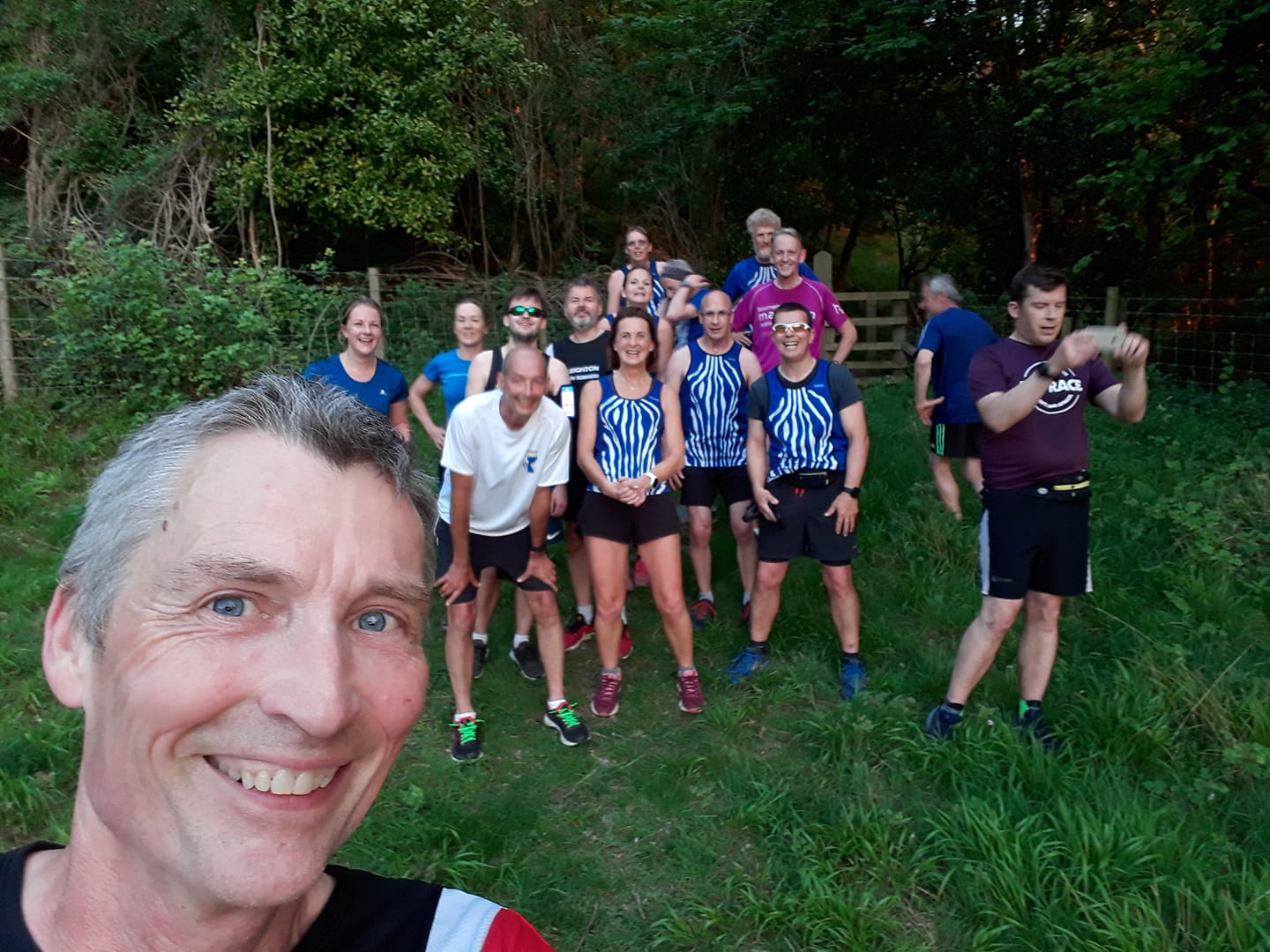 Chris took on her very first Improvers session on Thursday.  Improvers is a fantastic opportunity to do just that...Improve.  We put on a different activity each week which only lasts 30 minutes.  You can do as much or as little of the activity as you like.  Why not come along to the next to see what it's all about?  And Katharine led yet another sunny Friday morning run - the sun always shines for the Friday crew! 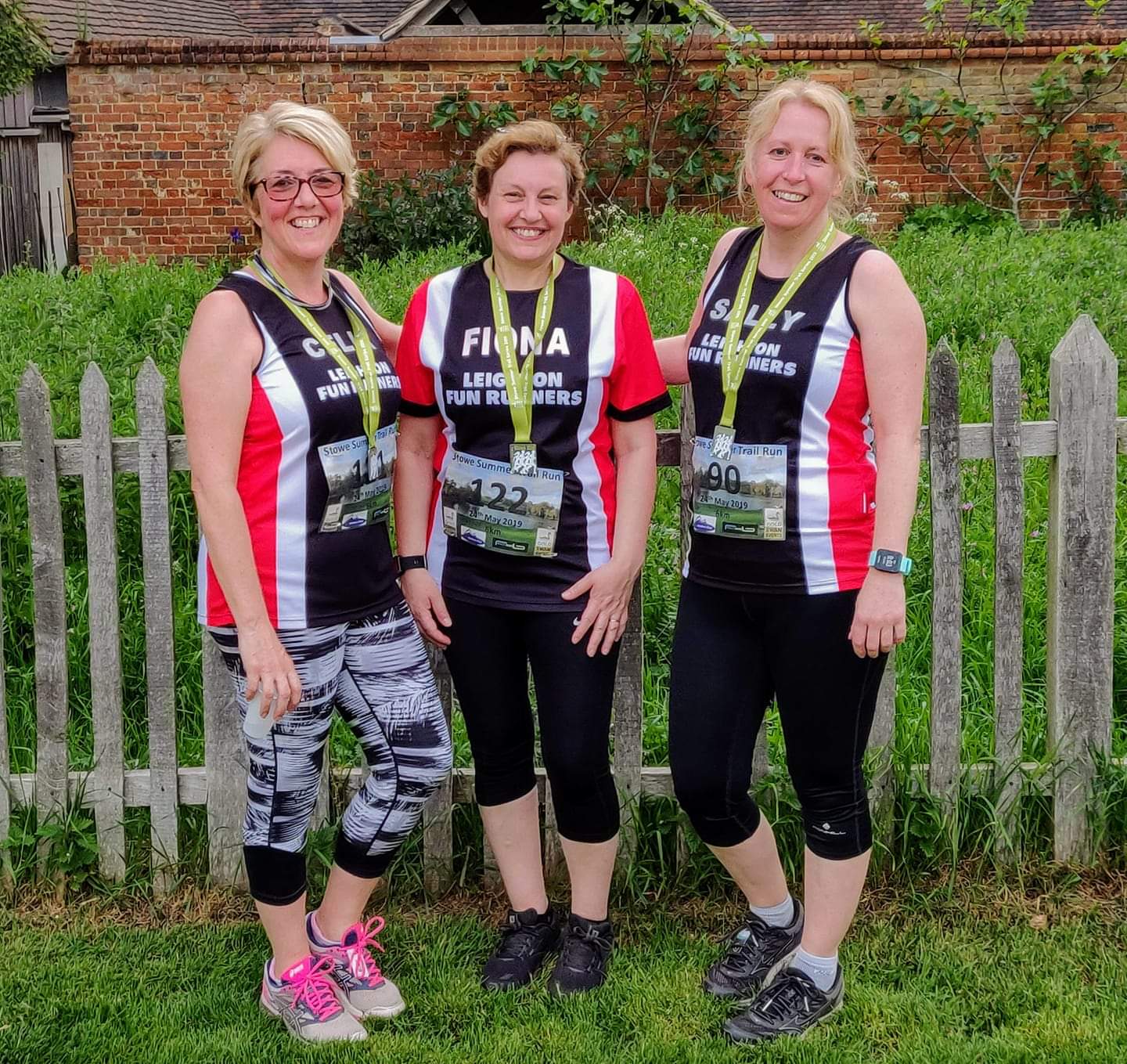 On parkrun day we had LFRs at Linford Wood, Aylesbury (where Coach Annis ran a PB!), Keswick, Portobello, Bakewell, Dunstable Downs and of course, Rushmere.  At home in Rushmere, Mike (aka Eddy Guinness) was running his 50th parkrun and baked the most amazing cakes and flapjacks for the crowd in celebration.  Dave Cooper was back at parkrun and running again after a year off!  And we had PBs from Paul (even though he swore as he crossed the finish line thinking he'd missed it), Michael, Jason, Richard, Debbie and Grace.  Great running, guys! 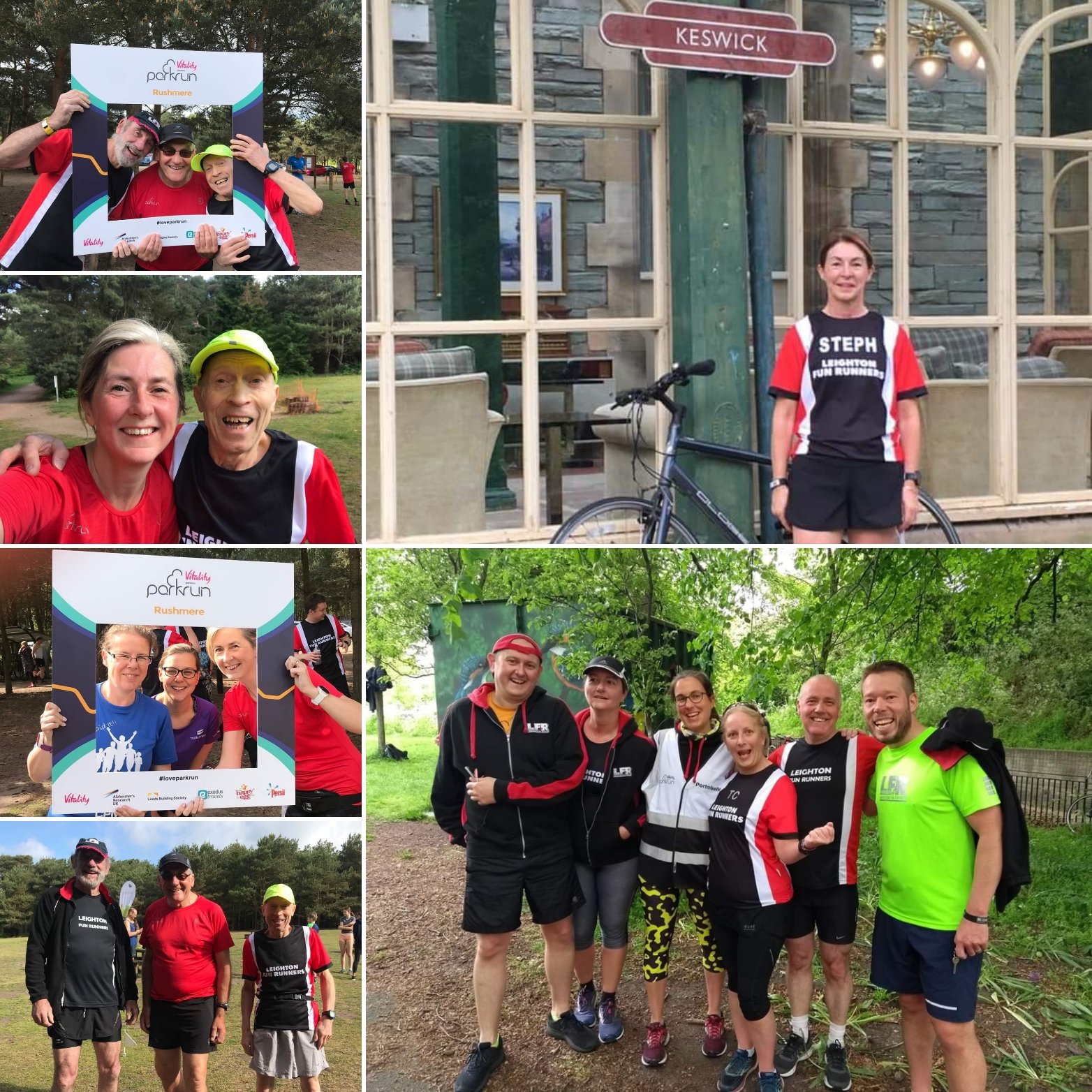 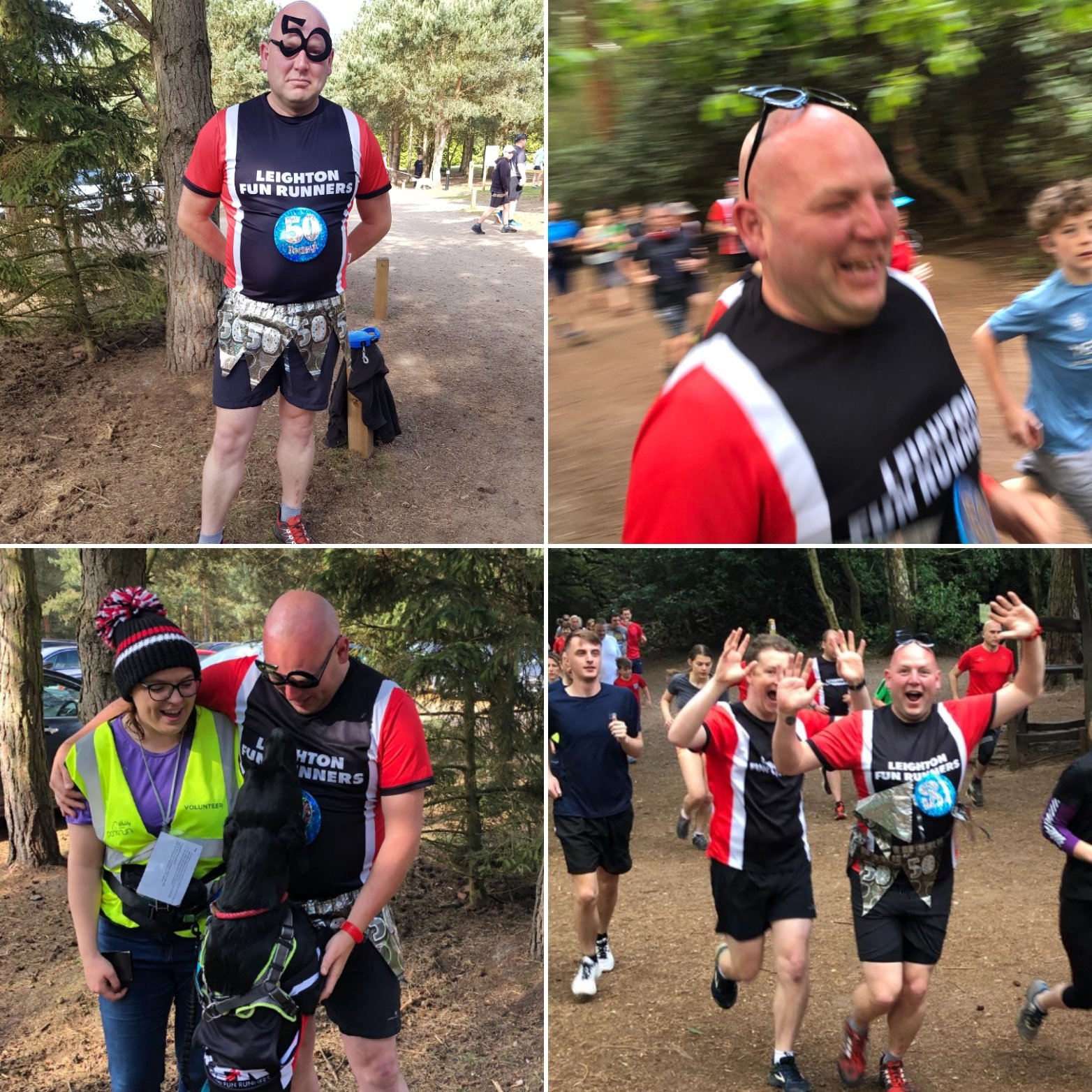 As it was the final bank holiday weekend for a while. the weekend was of course FULL of events...

Following his 50th parkrun on the Saturday, Mike travelled to Wales on the Sunday to take part in the Treforest 10K.  Wales is wet and hilly. 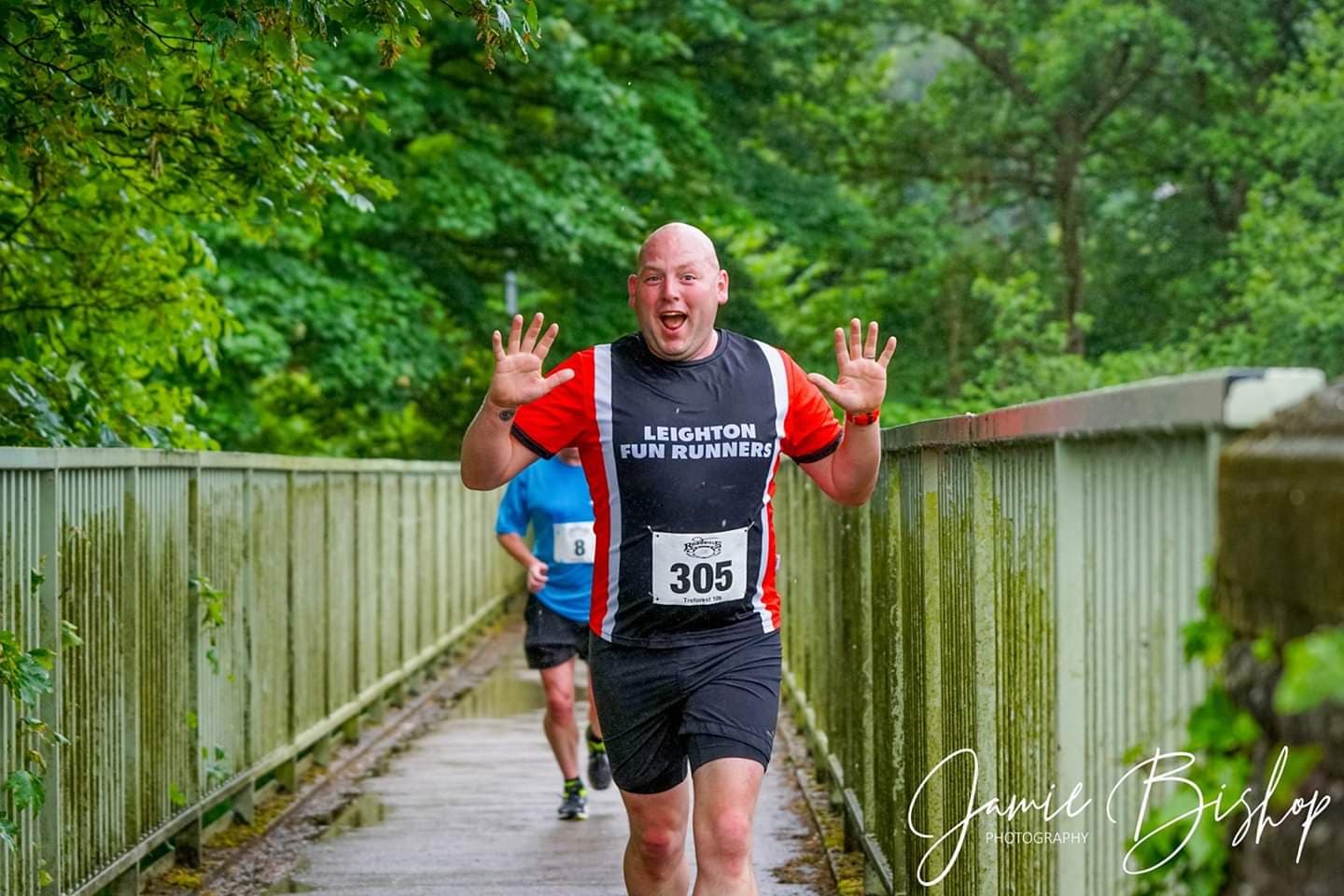 Marathon Machine Emma was completing ANOTHER marathon at the Phoenix Remembrance Pop Up Run.  I've lost count of how many marathons Emma has now completed...it's a lot.

The LFR Cycling Division were at the Towcester Mill Brewery Sportive - 60 Miles on the hilliest route they ever did see. in all the weather.  James, not content with cycling 60 miles, jumped off his bike and went for an hour long run as soon as he finished! 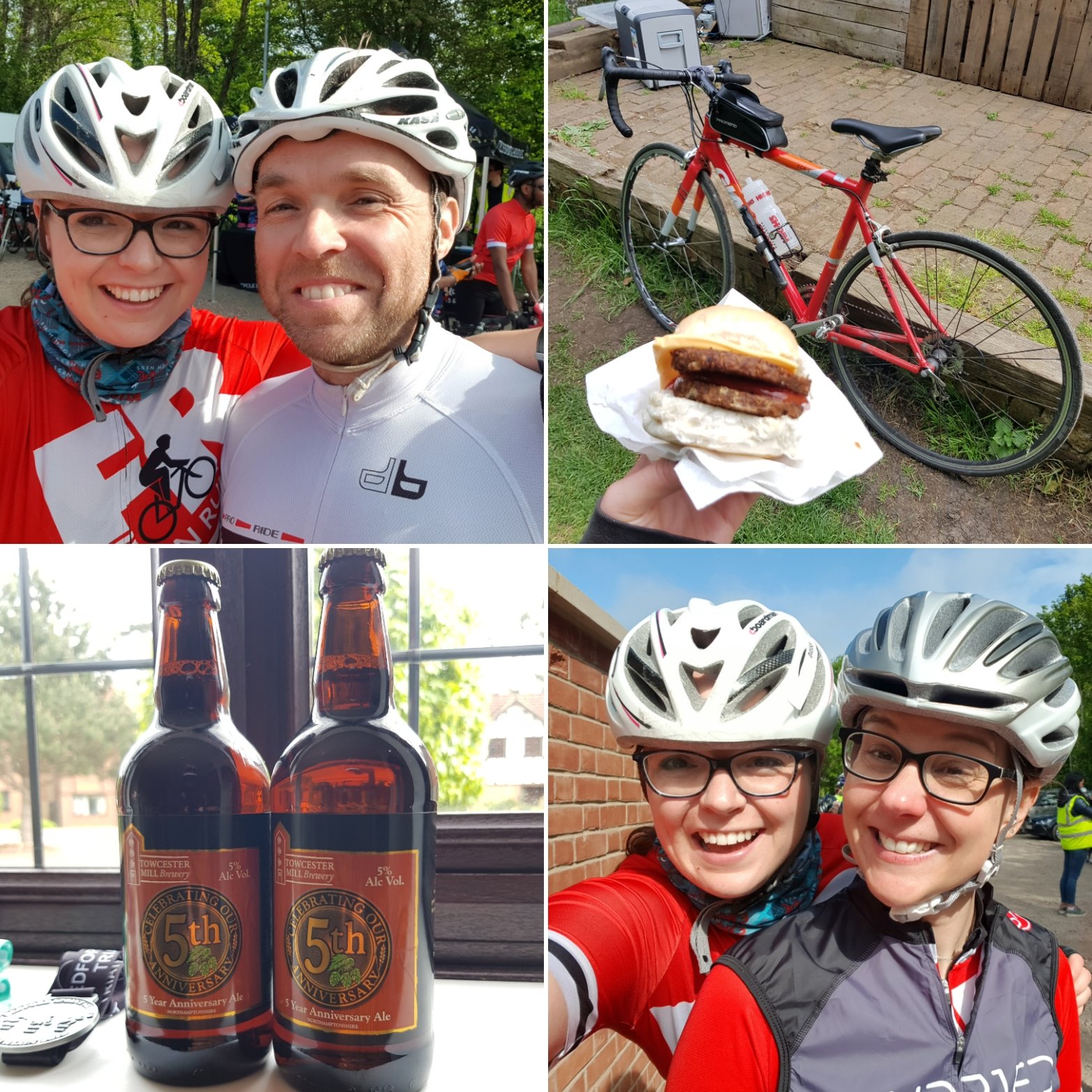 There was more marathon madness from Niki who was solo at the Liverpool Rock and Roll Marathon.  And we had the team up at Edinburgh.  Doug and Will taking part in the half marathon.  Dawn, Gavin, Matt and Verity (she was definitely in this one) all completing the full with some fantastic PBs from Gavin and Matt and Verity bagging her London GFA time...again! (Just remember to pay next time, V). 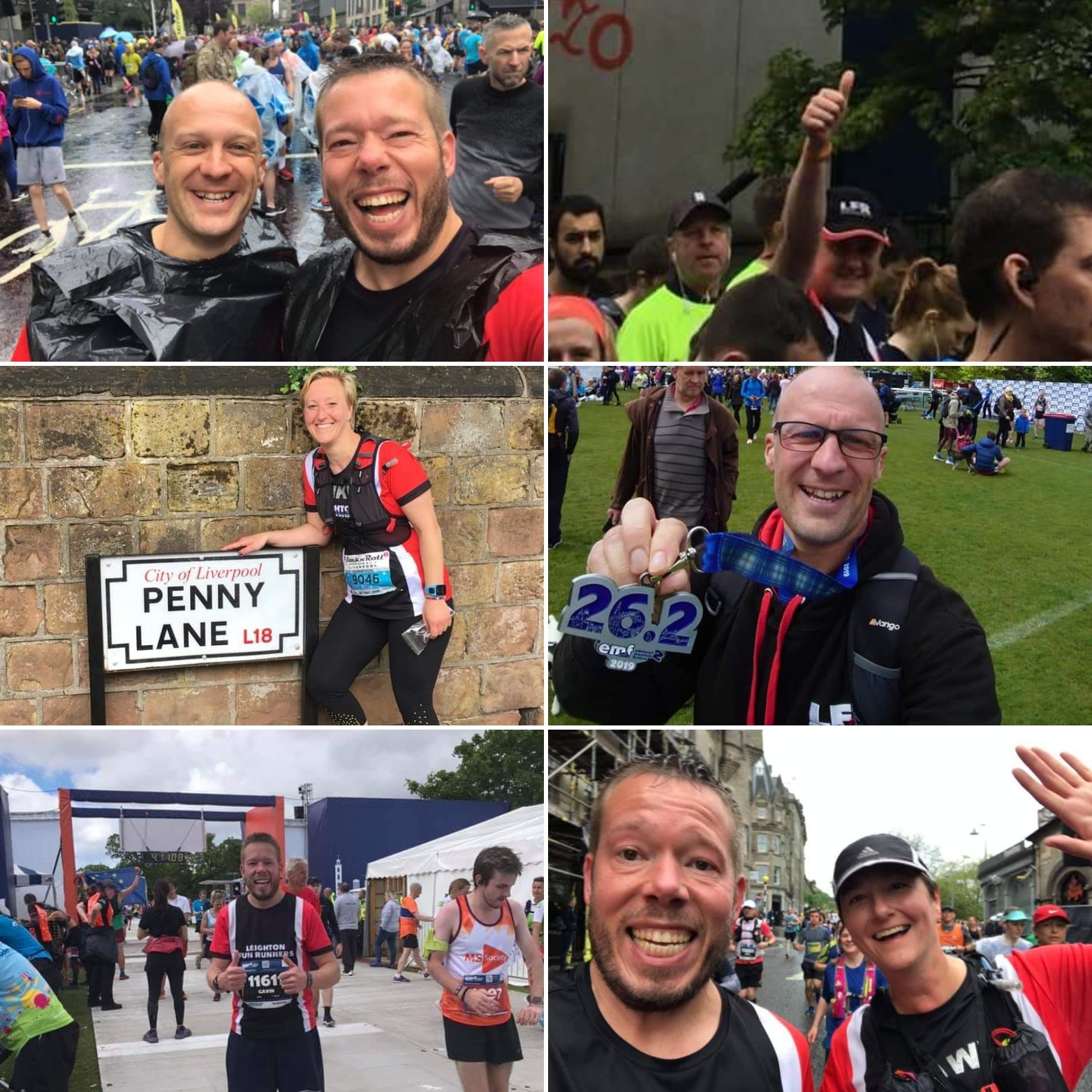 The biggest event of the weekend was the Vitality 10K on Monday with Team LFR travelling to London en masse to take part. There were so many of us...just fantastic!  Everyone had some fantastic runs, including our recent Couch to 5K graduates who have now completed their 5-10K course with Debbie, and Jane and Pam in their tutus made it onto the live race footage!  We even had some 10K PBs!  Superb running from every single one of you.  You've worked so hard week by week to get to this.  You did it!  Now...what's next? 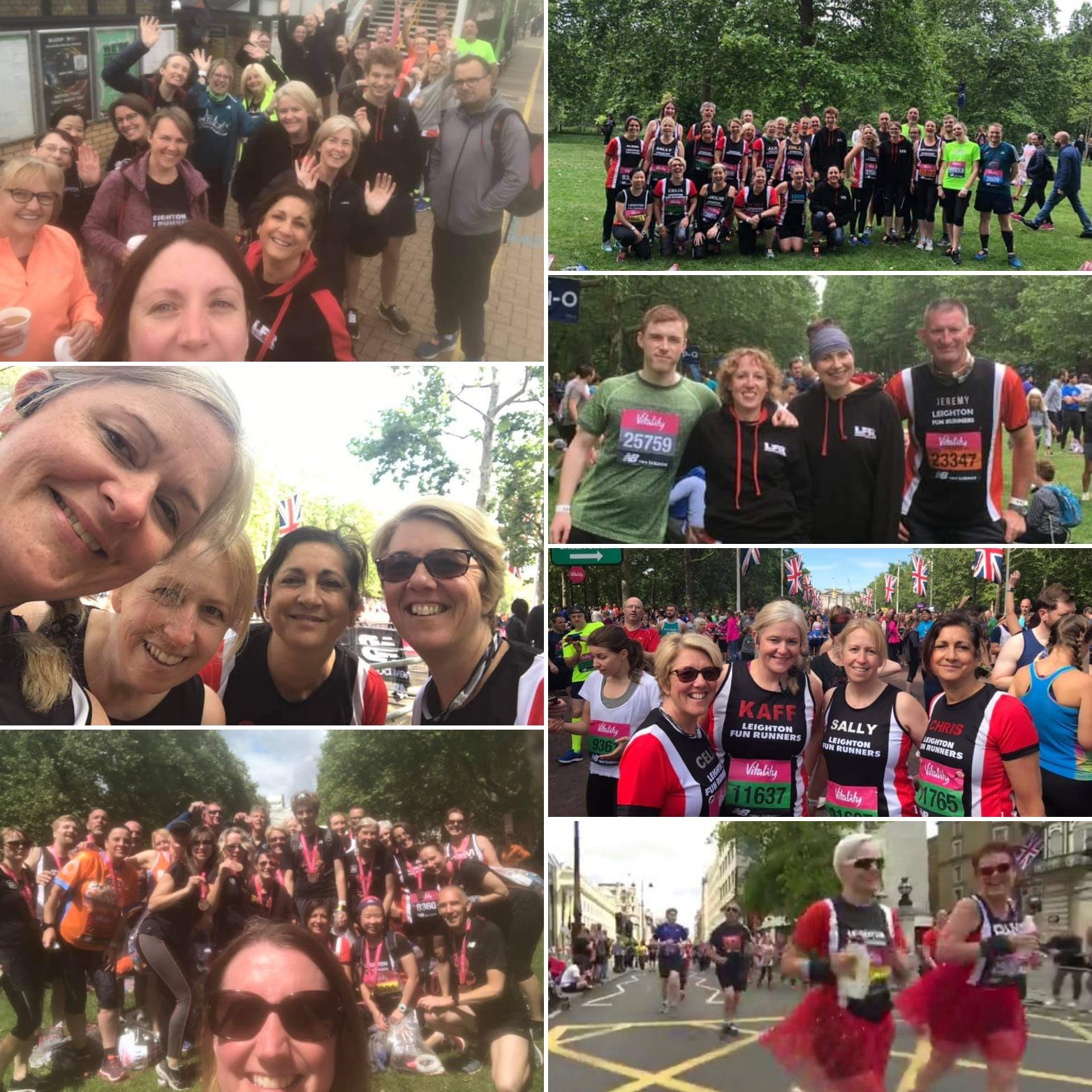 To finish off the club runs this week, Team Kirwan took out the LFR bank holiday runners on their usual tour of the Ashirdge trails followed by some tea and cake.  Wonderful! 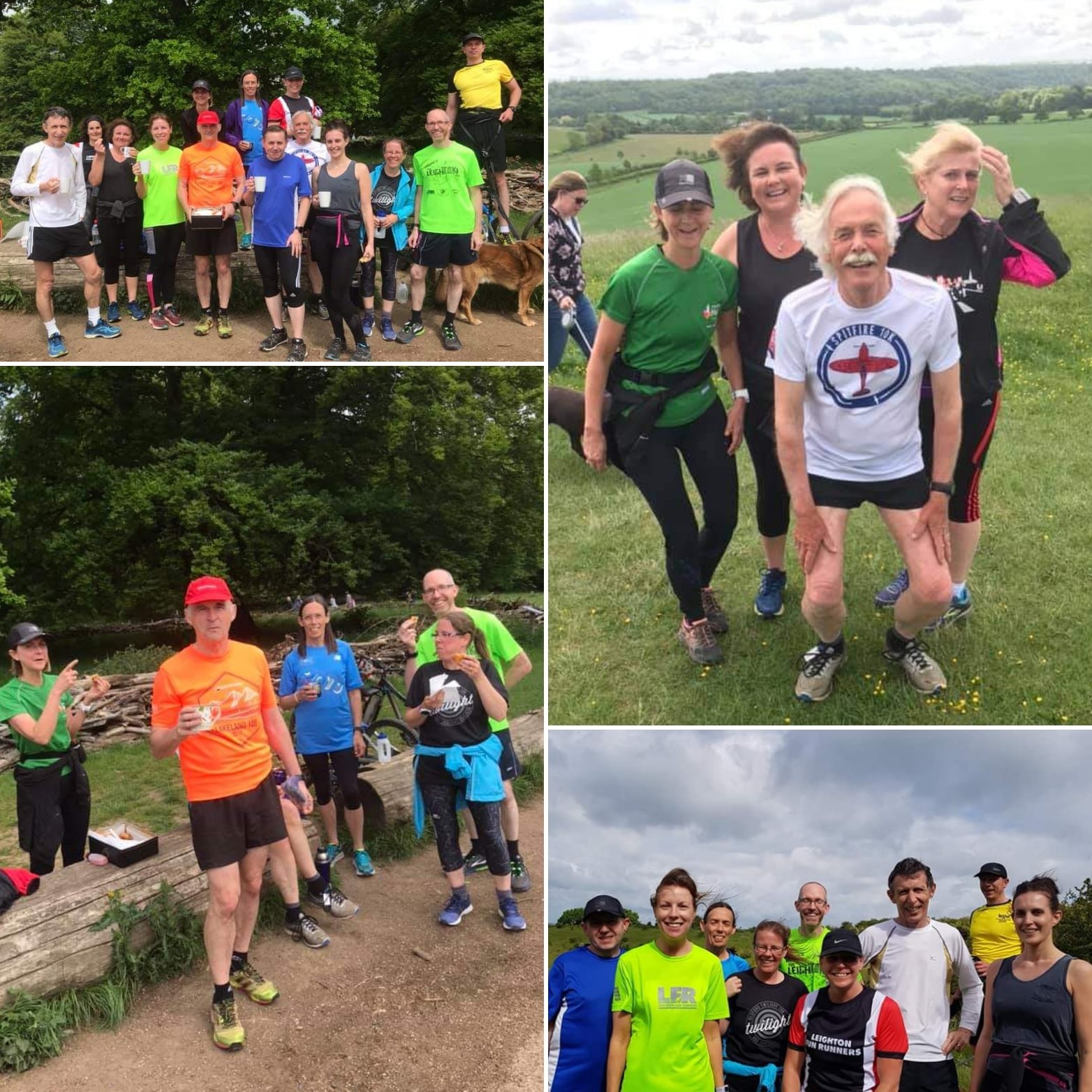 Spreading the LFR Love in Phoenix, Arizona is our newest member from overseas, Ykcir.  I don't know about you, but he looks the spitting image of Ricky... 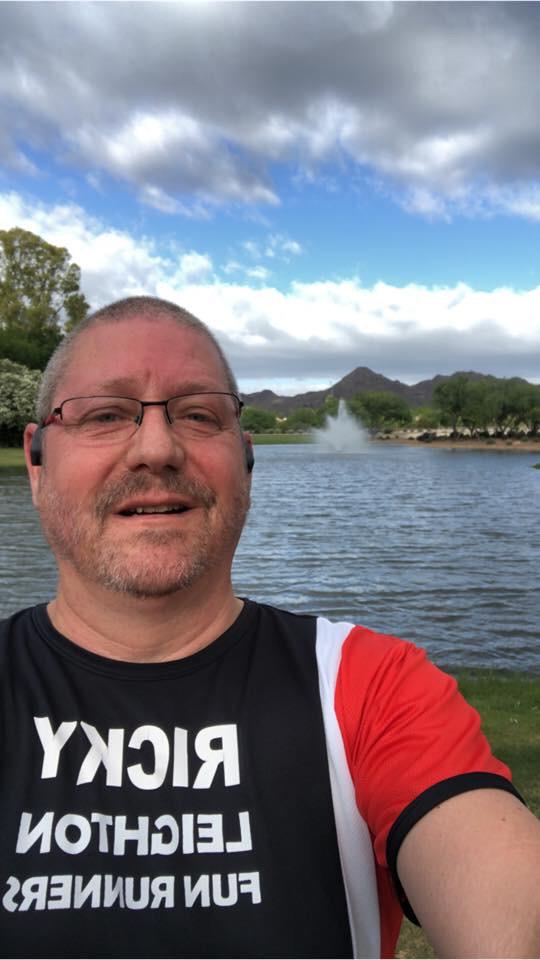 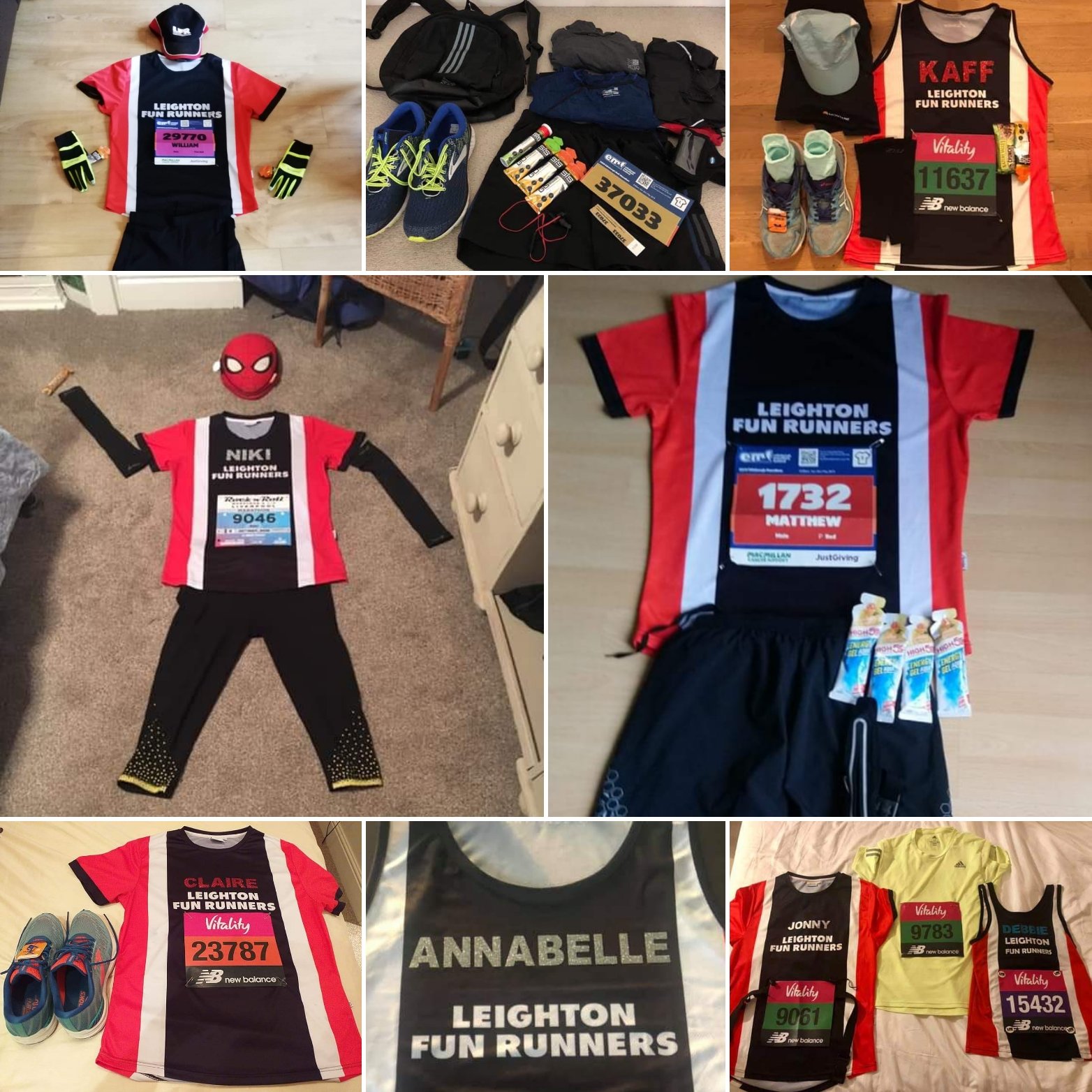 That's all for now.  Have a great week, LFR!

If we have missed anyone's run or PB or achievement, do just respond to the email and let us know...it was a busy, busy weekend! 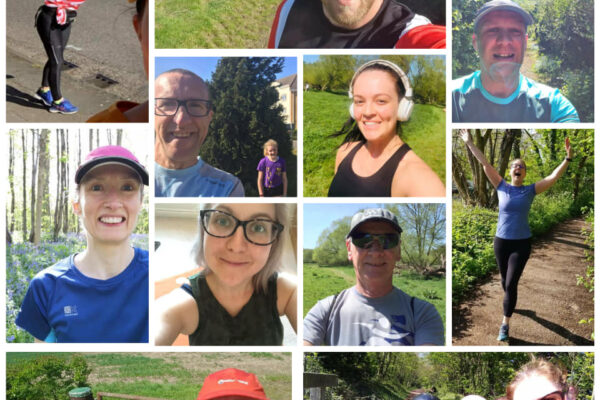