Posted on 3rd September 2018 Categories: Latest News Comments are off for this post 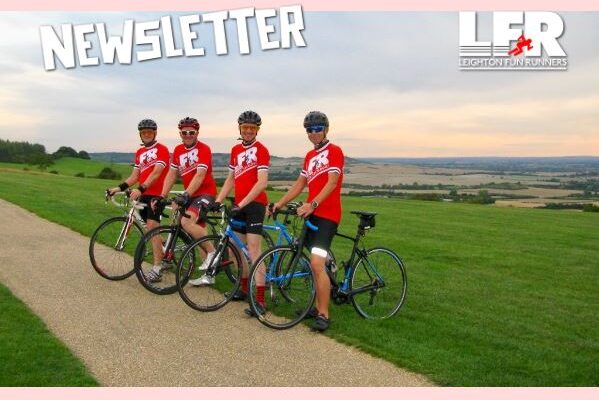 Our Tuesday club run saw us back at the clubhouse for pace groups.  A big thanks to Dave, Dawn, Alice, Kevin and Dan for leading the runs.  Nothing but positive feedback from all the runners!   If anyone else ever fancies leading one of the pace groups, do let Captain Dan or Vice-Captain Alice know.   Karen was in charge of the Fartlek Fun once again with a fantastic turnout.  Jen took the Improvers for some hill repeats at Bragenham Lane – superb efforts on a truly awful climb.  Big thanks to Andrew and Jessie for coming down to support!  And a treat for the Friday Morning Crew and Captain Dan taking the lead. 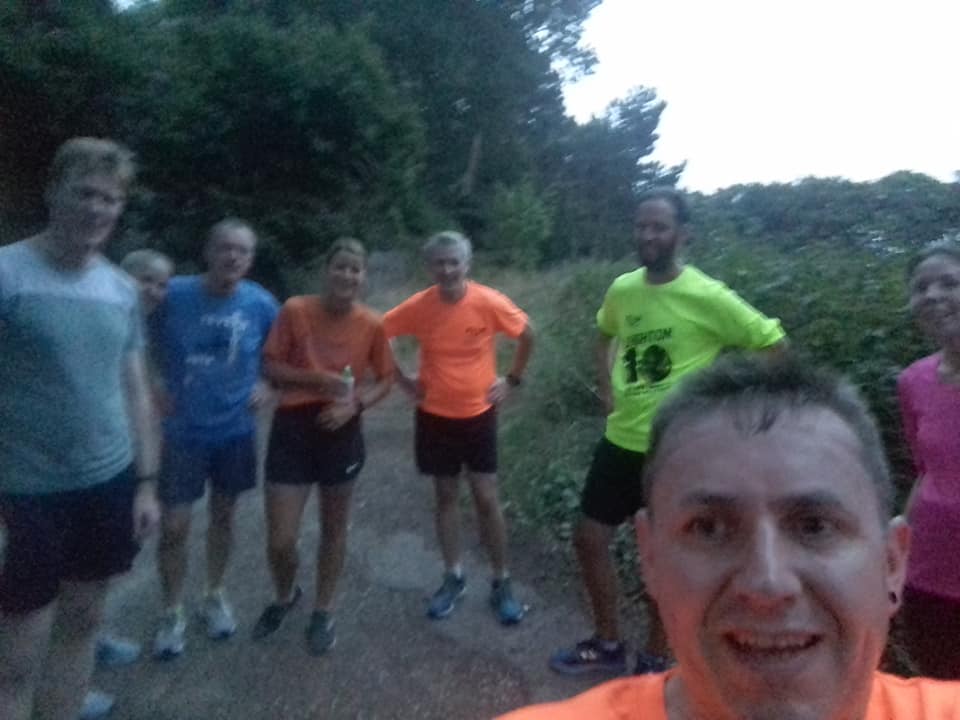 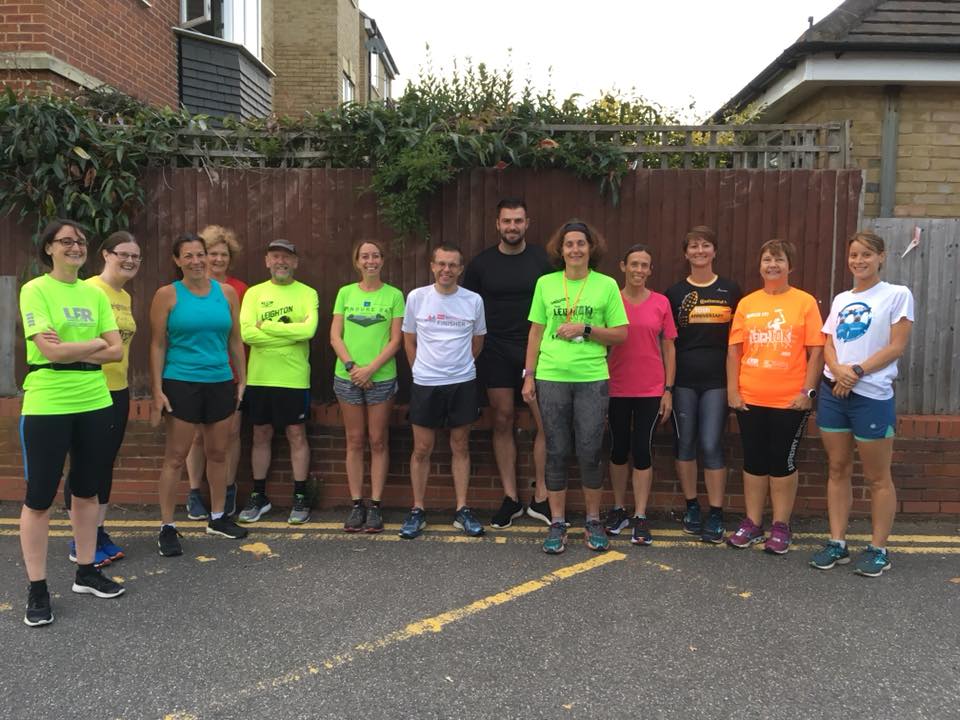 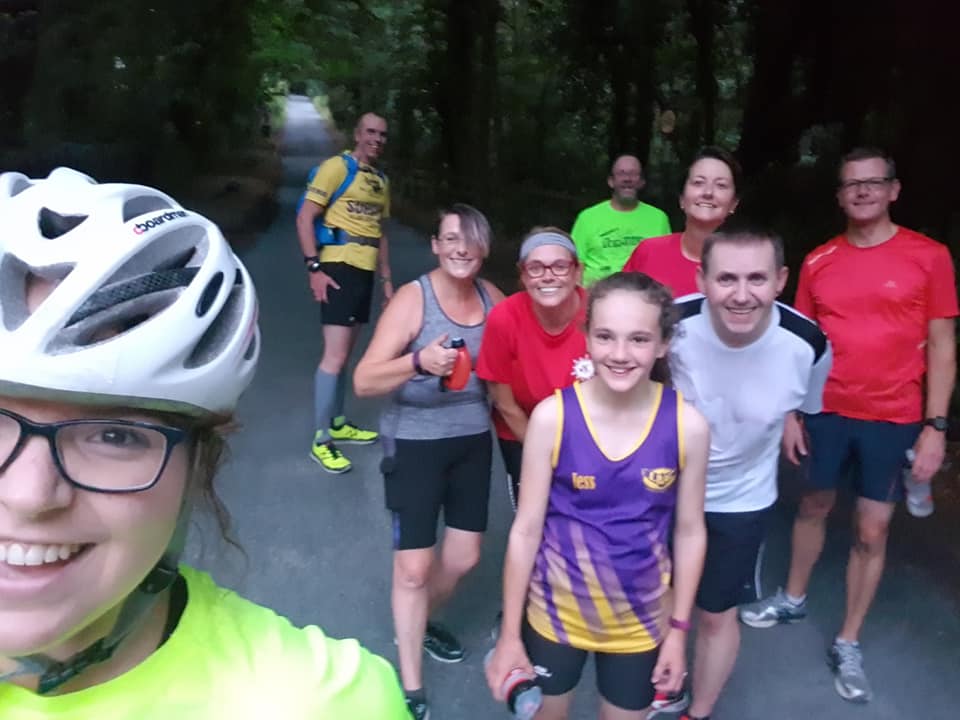 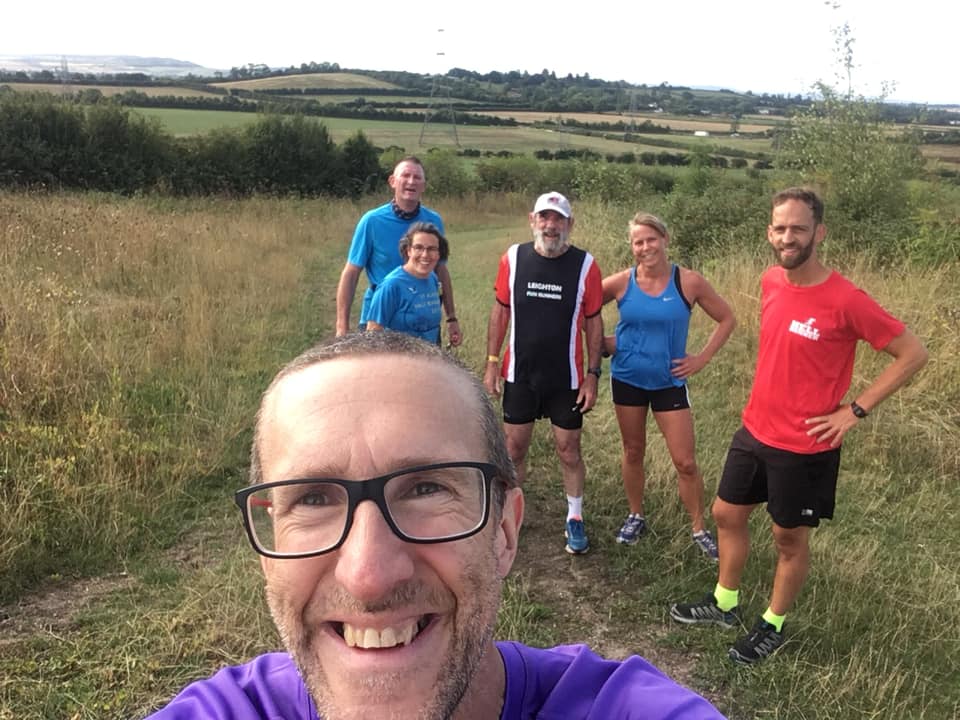 On parkrun day we had runners at Bushey – with Sally and Celia running a sub 29, Bedford – where Felicity ran a sub 40 for mini J’s first 5K parkrun, Houghton Hall, Rushcliffe, Sheringham, Tring and Rushmere.  At Rushmere, Andrew and Jim took their places in the top 5 and top 10 respectively and we had a PB from Len!  Great running!

The weekend was a busy, busy, BUSY, weekend of events and training in more super-hot conditions.  If we’ve missed anything, just shout and you’ll get a mention next week…

We had runners out on their training runs and there were some big efforts out there.  With the Autumn marathons coming up, you’ll see lots of our members putting in some big miles.  Have a look on our Strava Group to see what we’re all up to.  If you’re not yet in the group, you can request to join here: LFR Strava

We also had runners showing the LFR colours on holiday.  Matt out running in the Costa del Sol and David and mini David aka James running a 7km event  in Carnac as part of their summer series town runs.  Anyone fancy translating the t-shirt…. 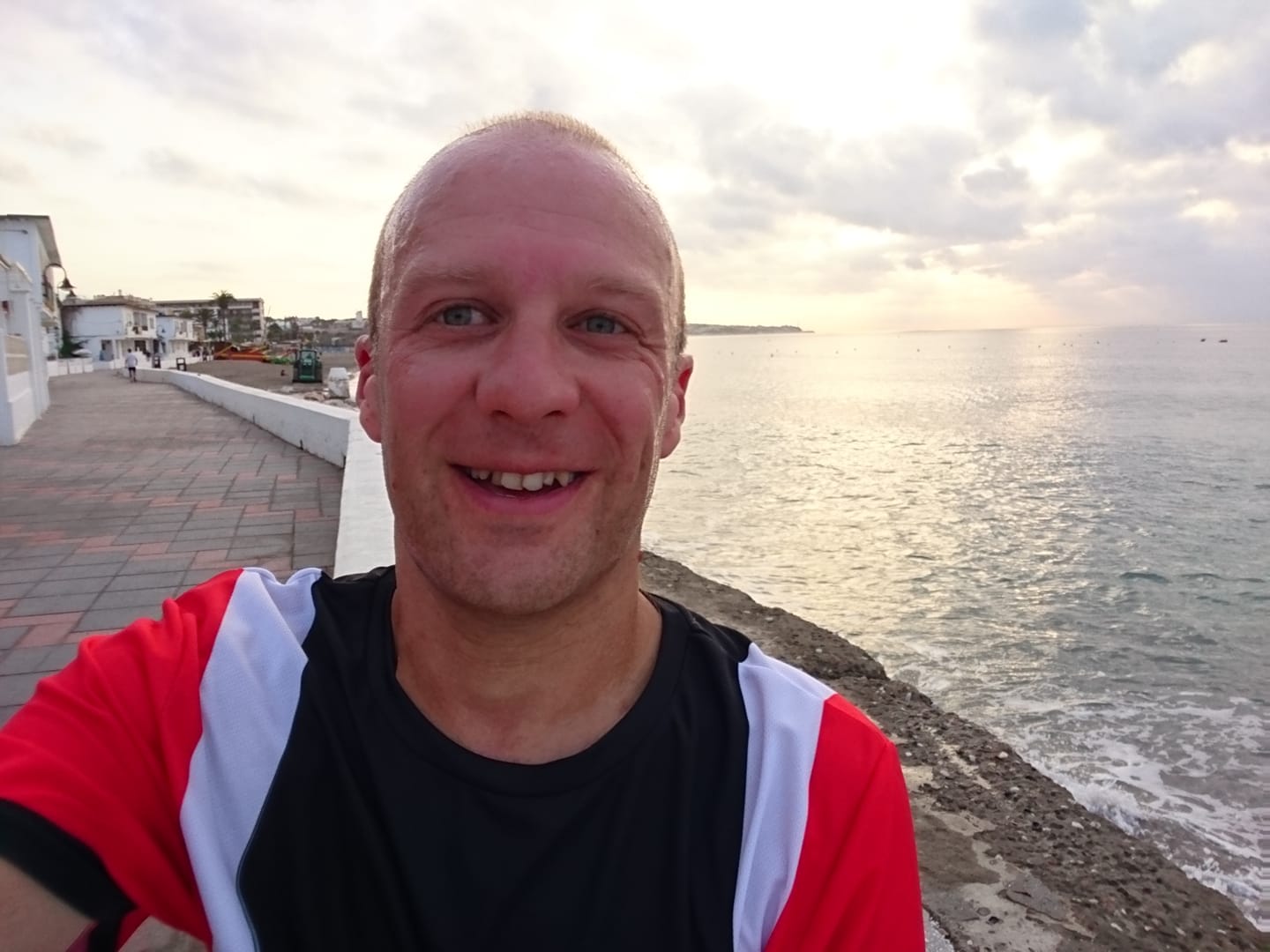 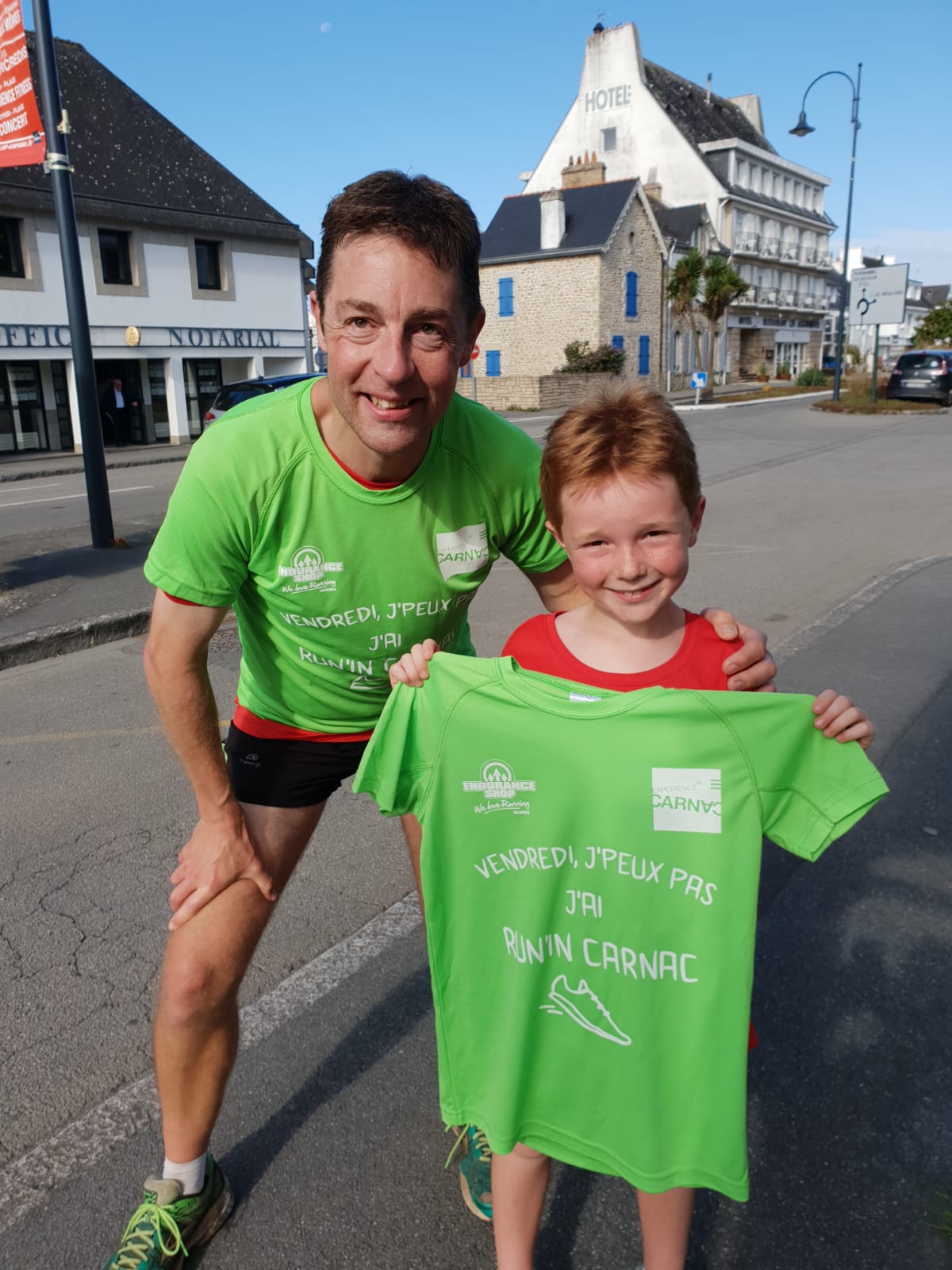 Dave and Will were at the Spitfire 10K with a 3 second PB from Dave! “Never too old to improve!”   Also at another Spitfire 10K at the weekend were Heidi, Stephen and Jeremy. 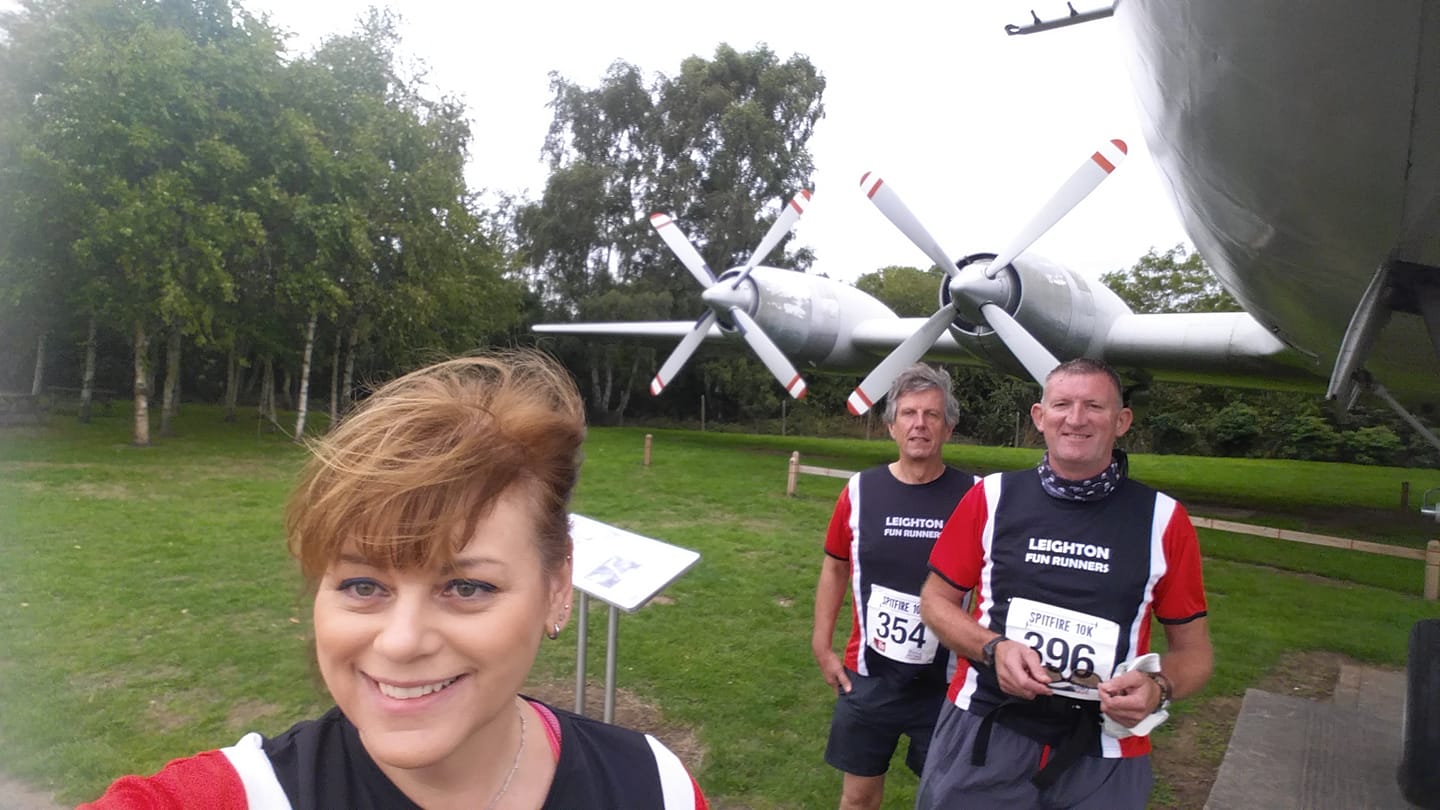 Saturday evening saw the inaugural Bedford Twilight 10K as part of the Bedford Half Marathon weekend with Team LFR in force at both events. Gill ran a two minute PB at the 10K!  Great work from everyone running in the heat and amazing support from our runners – the faster runners sticking around to cheer the rest of the team in.  We are wonderful. 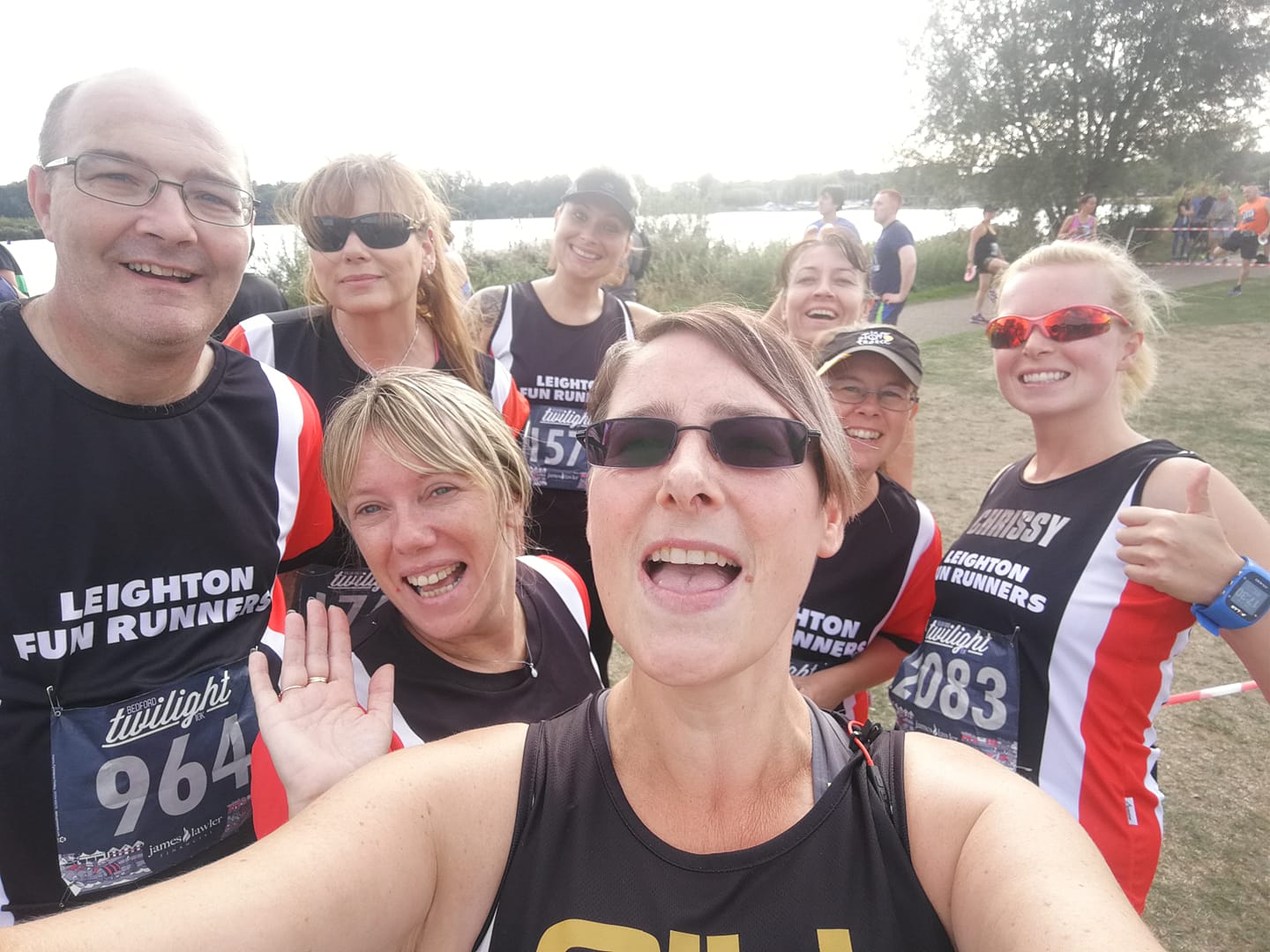 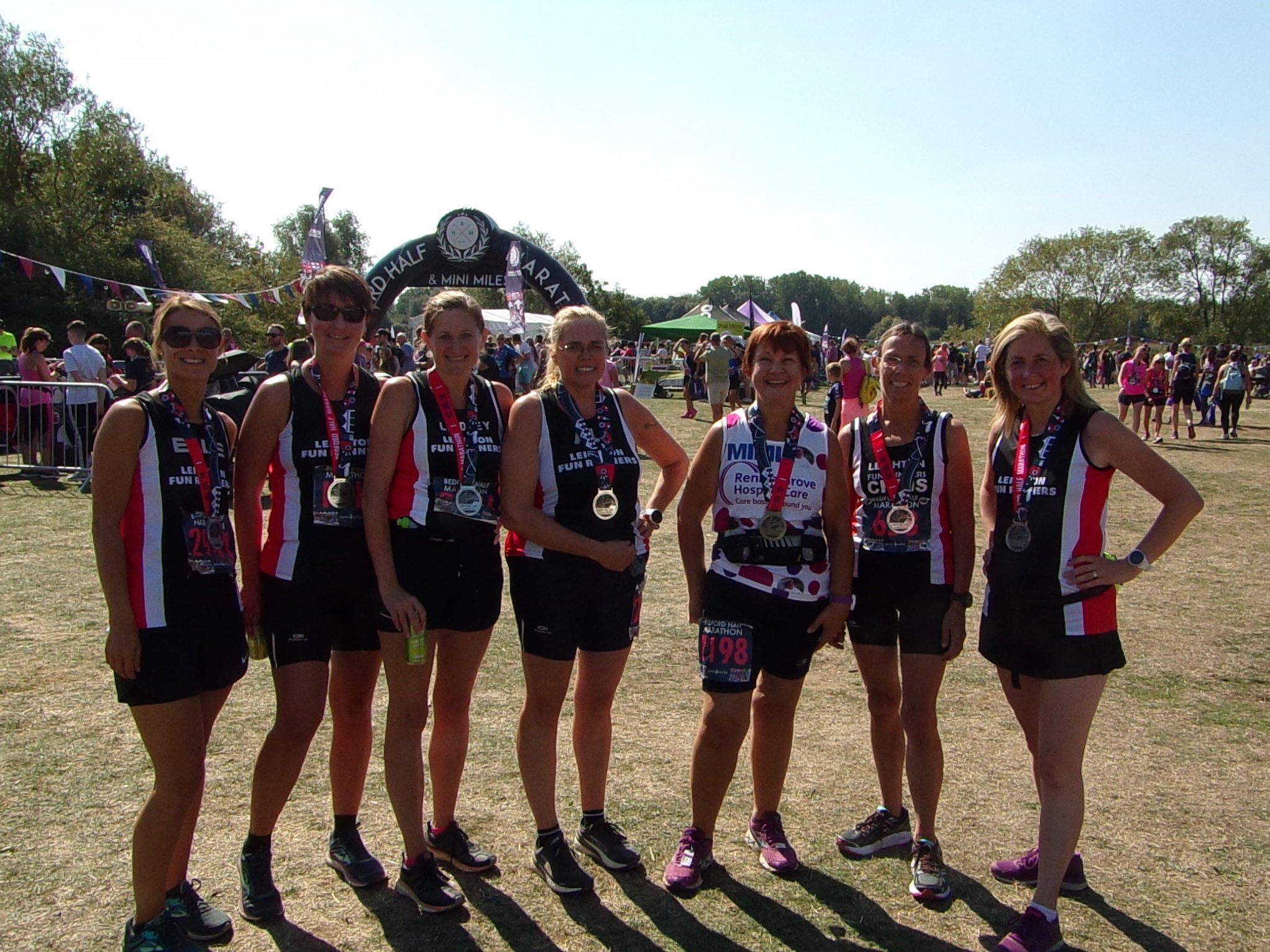 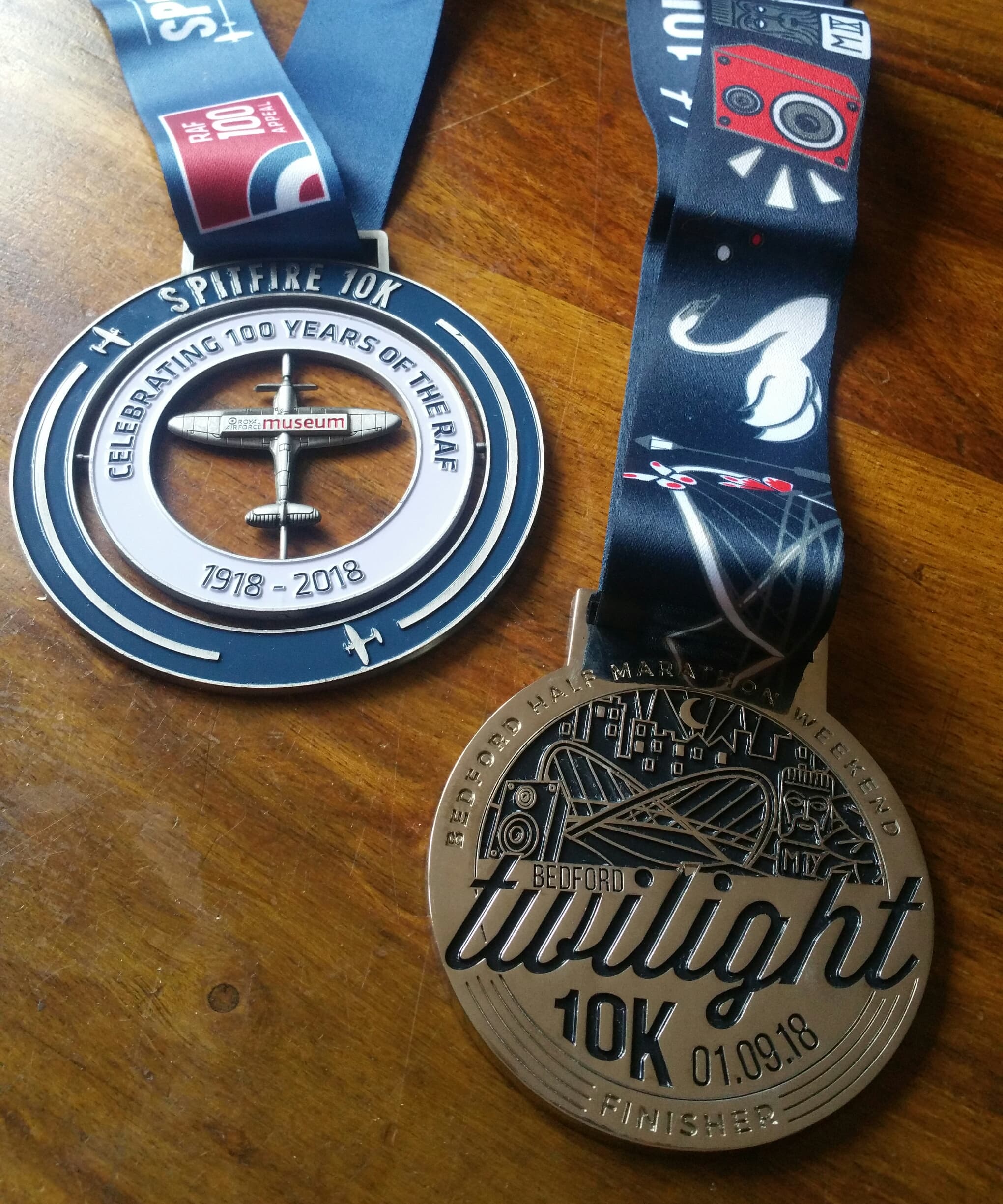 Anne was out with her sister completing her 6th marathon – an out and back along the Trans Pennine Trail.  Another tough run in the heat! 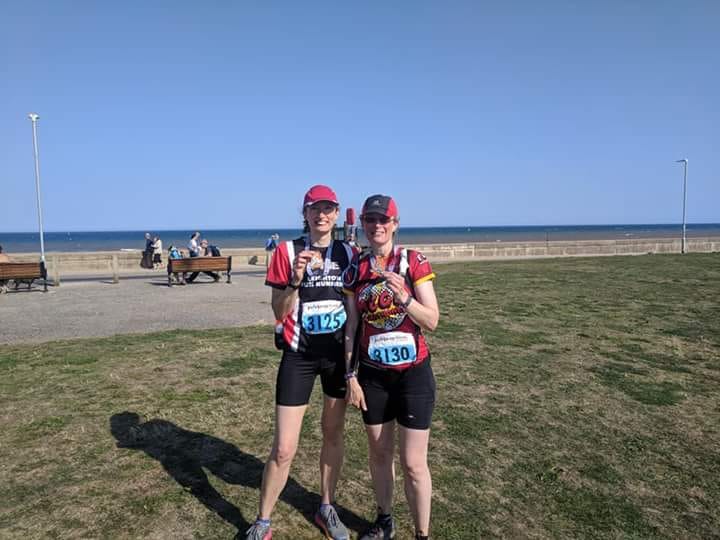 And there was more running in the heat at the Dunstable Downs Challenge events with Team LFR taking part in all three events: half marathon, 20 miles and marathon.  All challenging events, not helped with the heat and some tumbles thrown in for good measure!  Andrew came 4th in the Half Marathon event!  Superb running, Andrew!  And a big thanks to Jim who took his place on the sidelines to cheer our runners.  Always a great supporter, Jim. 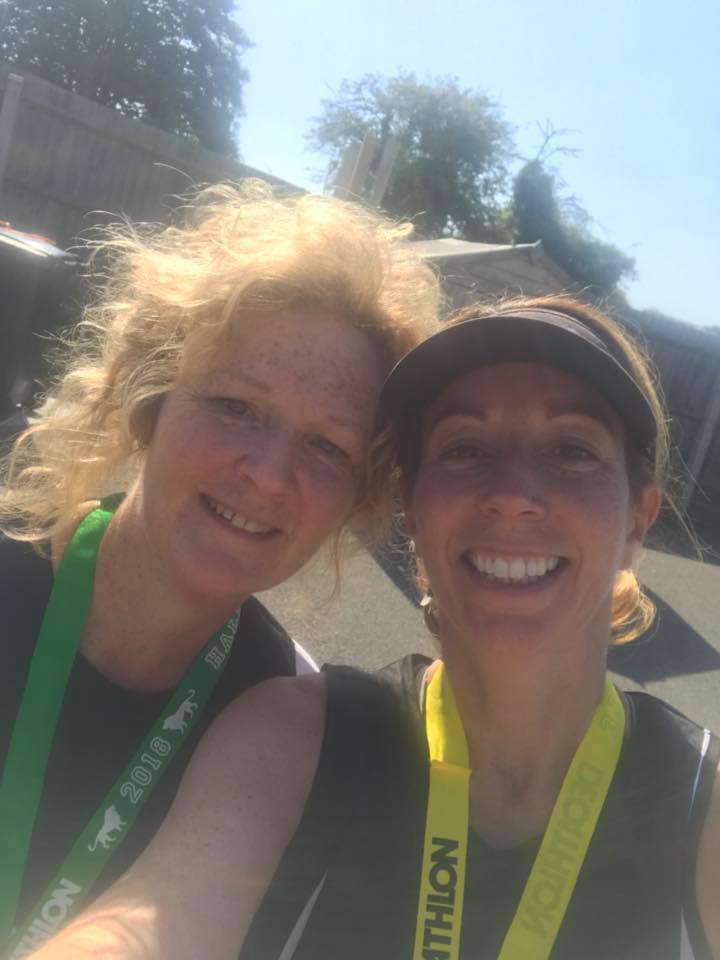 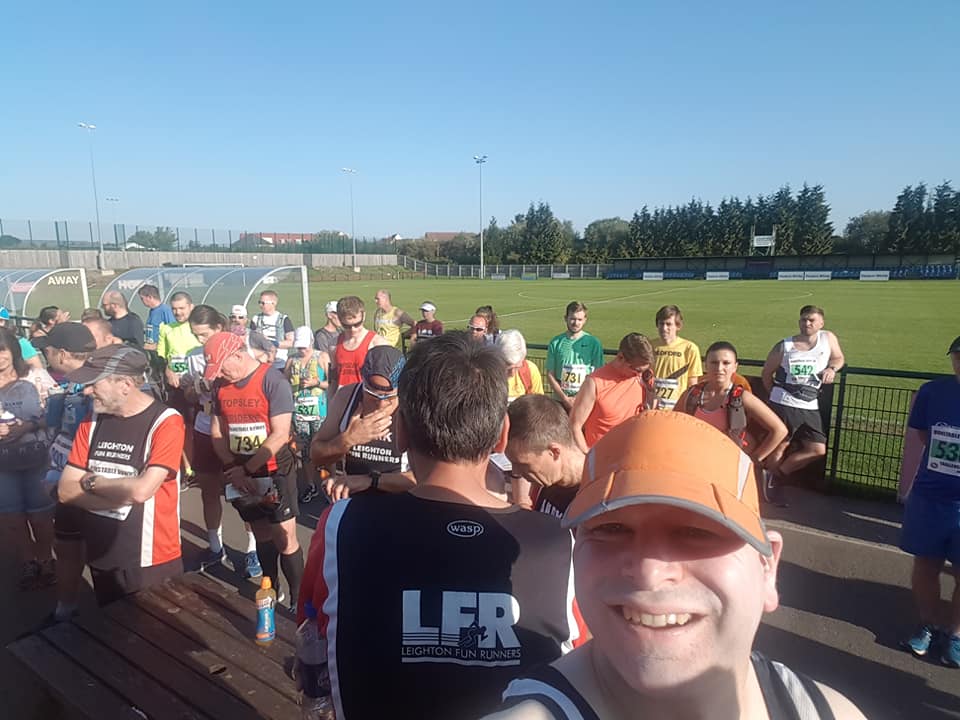 The weekend also saw the multi-sport LFR contingent out racing…

Coach Neil was in LFR colours at the Icknield CC 10 Mile TT and grabbed himself a PB of 22:31.  For those who don’t know cycling – that’s fast.  Give a him a gentle pat when you see him next!

Some of you may have seen the LFR Cycling Division out and about in their new kit.  The boys went out for a photoshoot in their tops this week.   And some of the others took part in the ABF Soldiers Charity Ride on Sunday.  Always a popular event.  We had five LFRs take part last year.  This year we had eight.  Can we get even more in for next year?  Have a look at these tops though…. 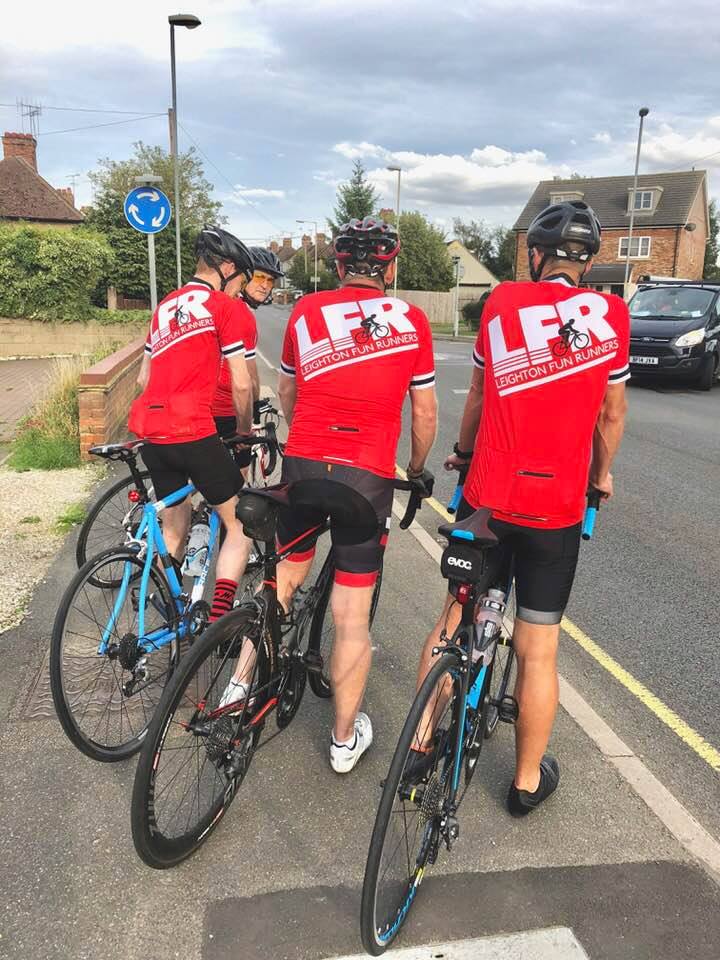 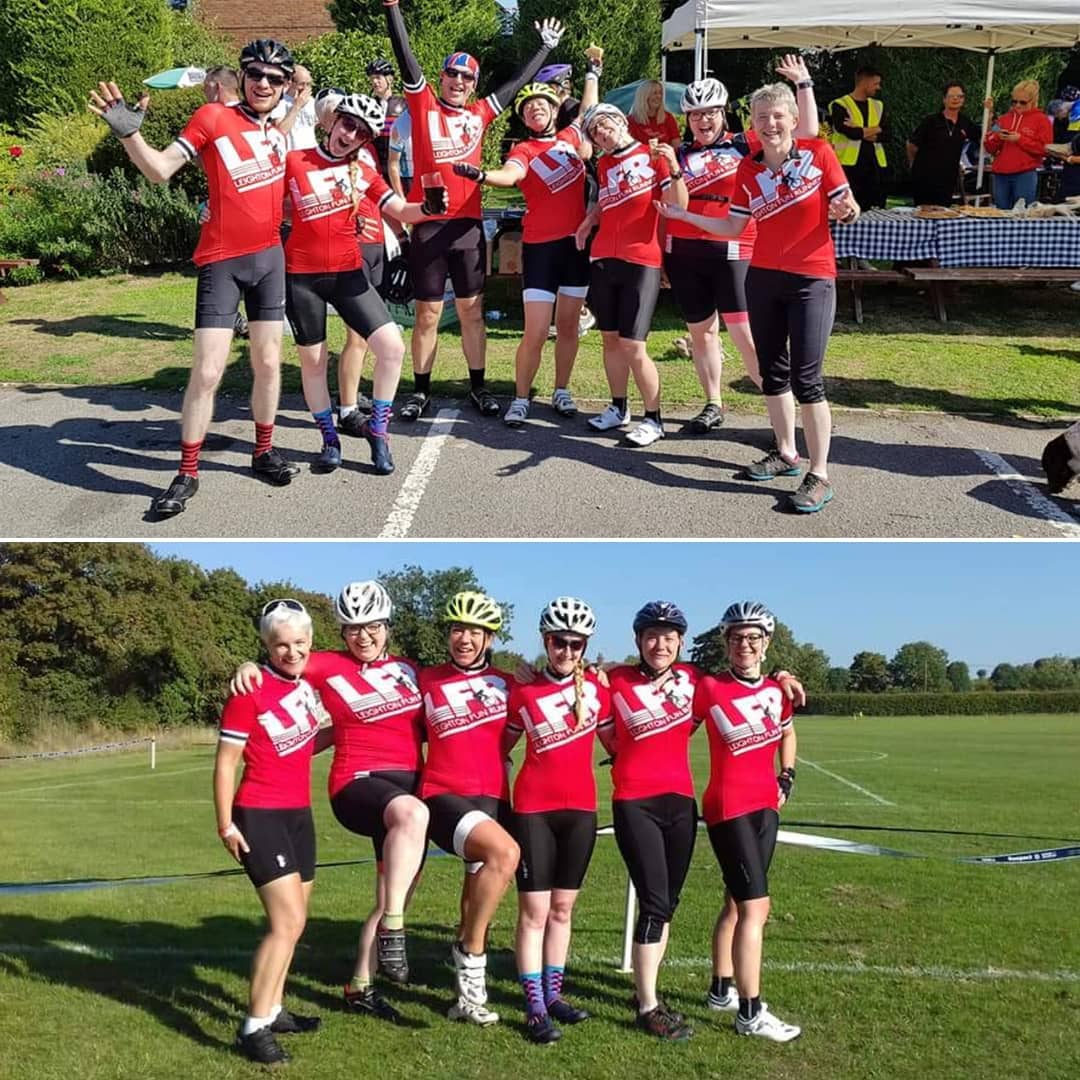 And finally, trying out something new this week was Chair Rob.  Anyone that follows his Strava will have seen all his training this year and how hard he has been working. He put it to good use on Sunday at the Reading Olympic Triathlon.  An Olympic distance tri is a 1500m swim, 40km ride, and a 10K run.  Tiring just thinking about it.  You can see all the effort he’s been putting in…. 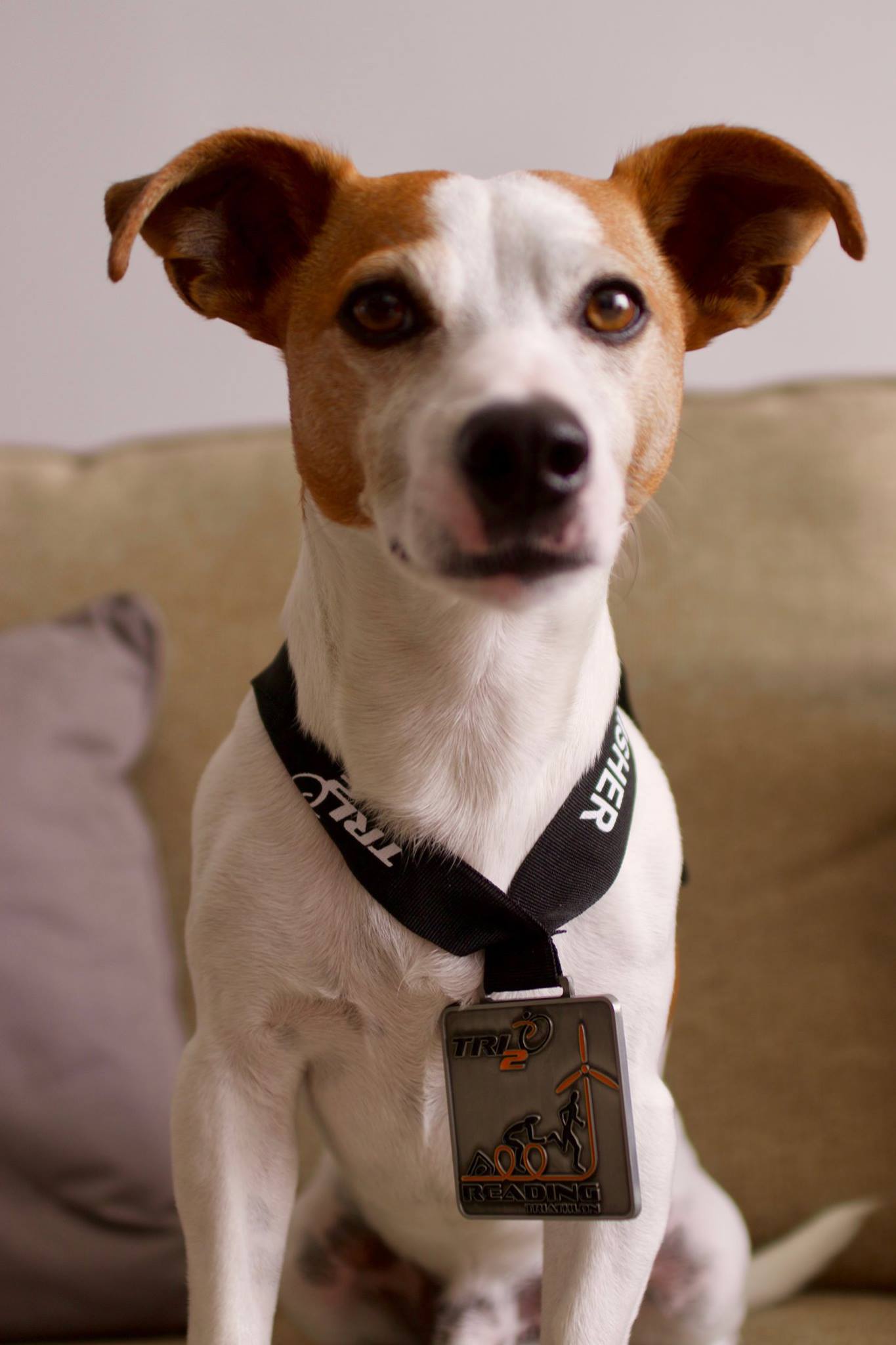 That’s all for this week.  See you next time LFR!