Posted on 10th September 2018 Categories: Latest News Comments are off for this post 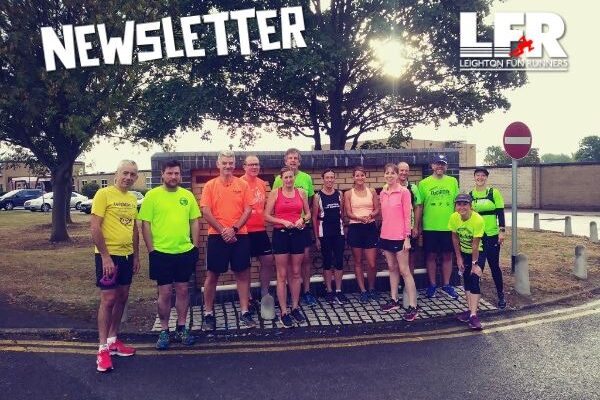 It’s the first week of the month which means we had cake night on Tuesday!  Another amazing selection of cakes – thanks for the scrummy offerings, LFR bakers.  Wednesday saw a select few take on Chair Rob’s Fartlek – they were lacking in motivation at the start, but Rob quickly changed that and they all had a fantastic workout around the town.  Captain Dan was leading the 800 Club for loops round Golden Riddy in the rain.  Great work from everyone.  And the Friday Morning Run in the Sun was led by Karen.  It’s always sunny on a Friday!

Carrying on from the Friday run, Jenny and Katharine upped their distance with Katharine running her furthest ever distance in training for her half marathon later this month. Excellent work. You’re going to smash it!

Out this week doing his favourite thing was Glyn – of course he’s Wainright bagging again.  Nine in total, with five new ones.  Ask him all about it when you next see him at the club… 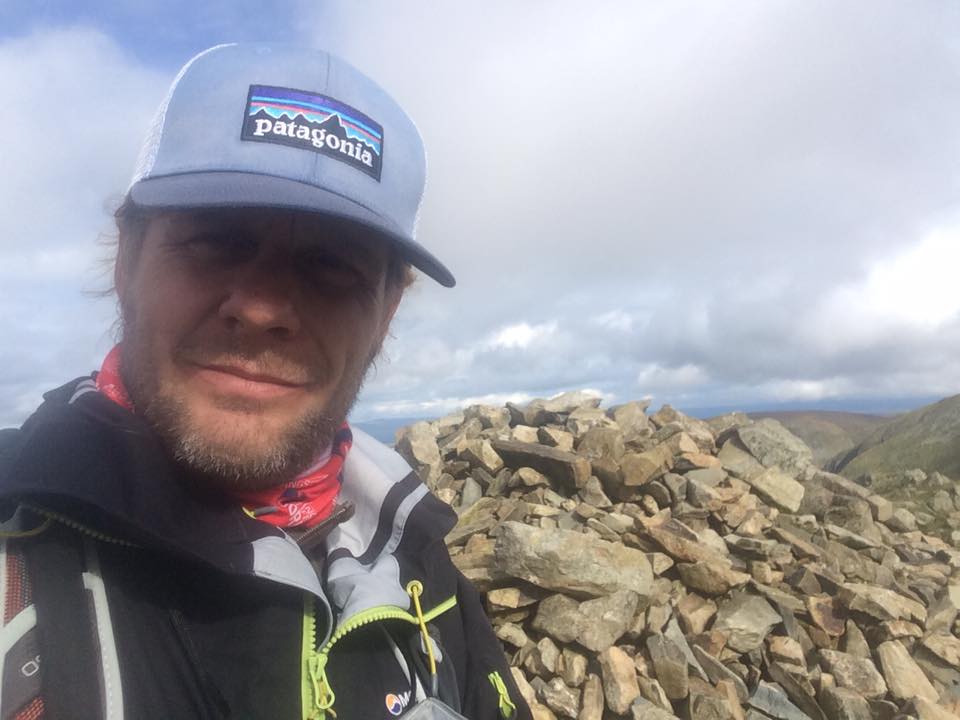 The weekend arrived and we had some LFRs and others testing out a new super secret parkrun.  Well it’s not a secret anymore and the first official running of the Wendover Woods parkrun is this Saturday!  If you fancy a bit of parkrun tourism, why not head over to the woods?  See the parkrun website for details here:  Wendover Woods parkrun

Of the official parkruns, we had runners at Luton Wardown, Heartwood Forest, Bedford, Linford Wood, Houghton Hall, Aylesbury, Workington, Maidenhead, Pontypool and Rushmere.  We had PBs from Kevin at Heartwood Forest, Gavin and Lisa at Rushmere and Len at Workington who smashed his PB by 27 seconds coming in at 27.47.  He says he “really must stop drinking beer on a Friday night.  Lots of life in the “auld dog” yet!”  Great going, guys!

Also at Rushmere, some of our Summer Couch to 5K runners took part in their first Rushmere parkrun!  Tonight sees the final week of the Couch to 5K.  Head down to the club for 7.15pm to support them! 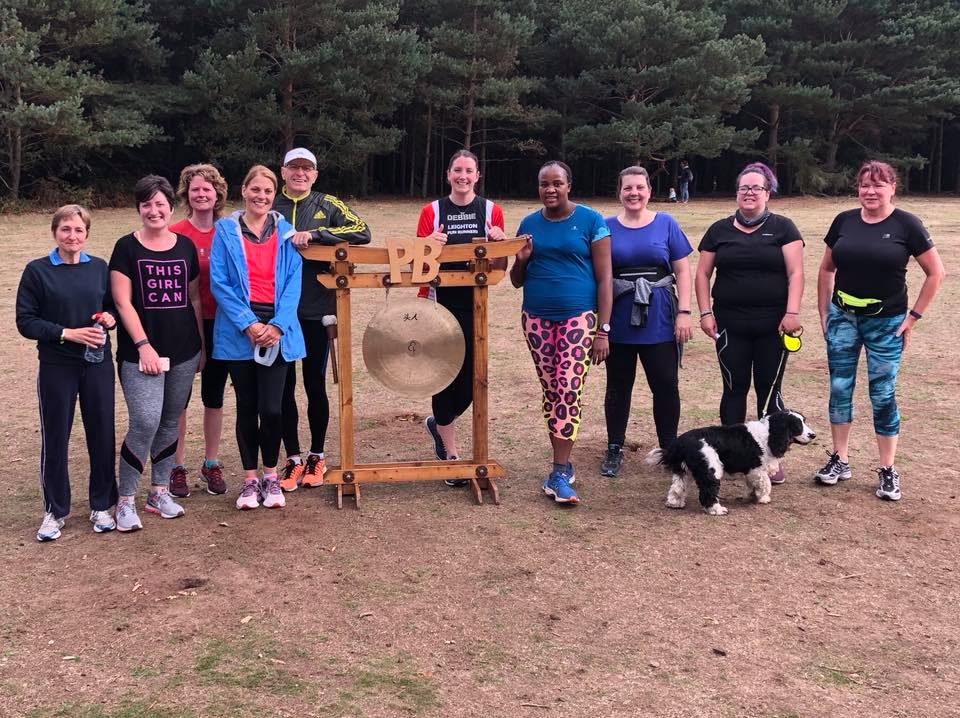 With the busy busy week last week, I did manage to miss some parkruns last week.  Carol was up at Fort William parkrun, a fairly new parkrun with just 77 runners – with 55 first timers/tourists.  Wearing her LFR colours she even bumped into some runners from Tring!  Also missed was Sy who was at Pontypool this week, and last week was running at Cwmbran – a great Welsh name – on his first run back since injury, even nabbing himself a hard won PB in LFR colours.  Sy is always proud to wear the black and red at home in Wales and gets lots of comments on the design too!

Whilst we’re on the subject of missing things, last week I did not mention Elle’s excellent half marathon PB at Bedford Half Marathon nor Fiona’s amazing 10K PB at Cardiff!  Well done!!

Back to this week, we had lots of LFRs out and about on training runs with groups heading out for a recce of the Leighton 10 route on both Saturday and Sunday, with some in each group not content with the 10 miles, heading out for a further 10 to get a 20 mile training run in. And we had more runners out on their marathon training and some I’m sure out on these massive runs just for the hell of it.  Superb efforts.  Respect.  All of you. 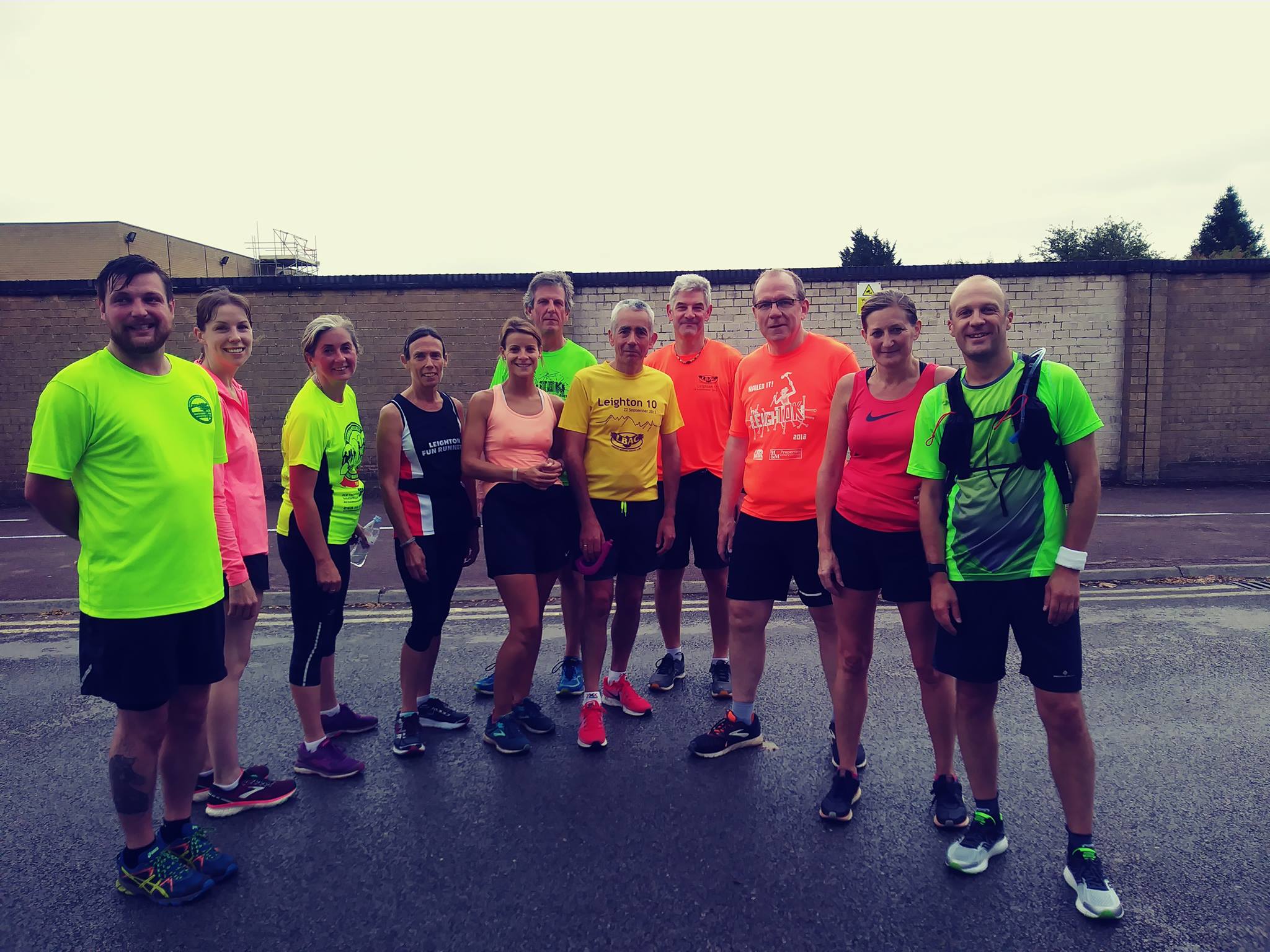 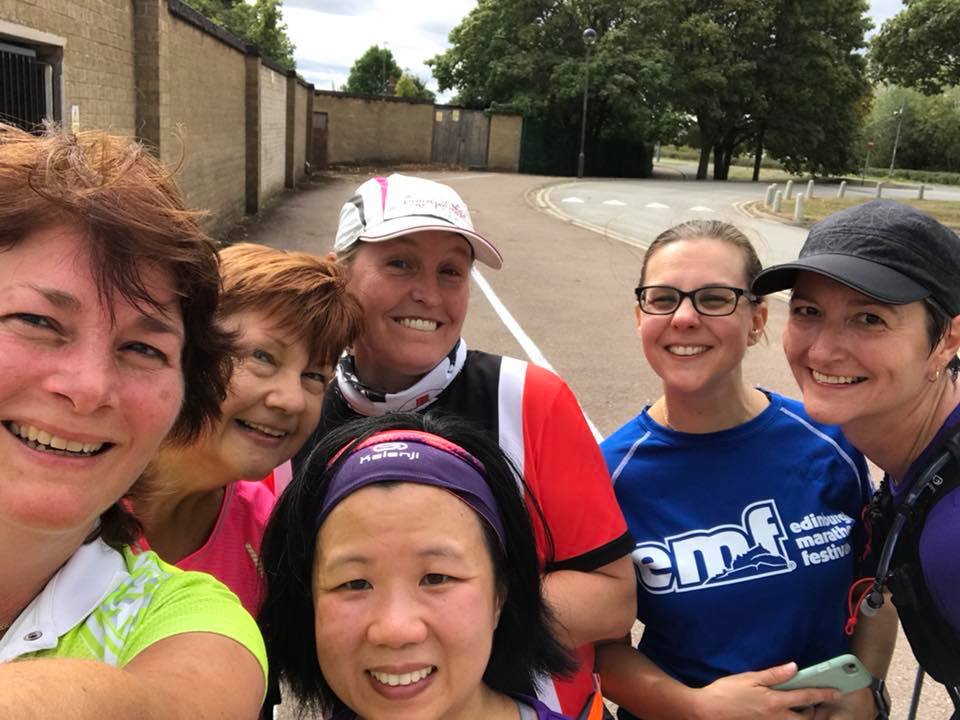 Someone taking a break from the big miles, but showing us again what the marathon training can do was Paul who got himself a half marathon PB at Welwyn Half Marathon: 1:39:07!  Great work, Paul.  He is smashing his 2018 goals.  What’s next? 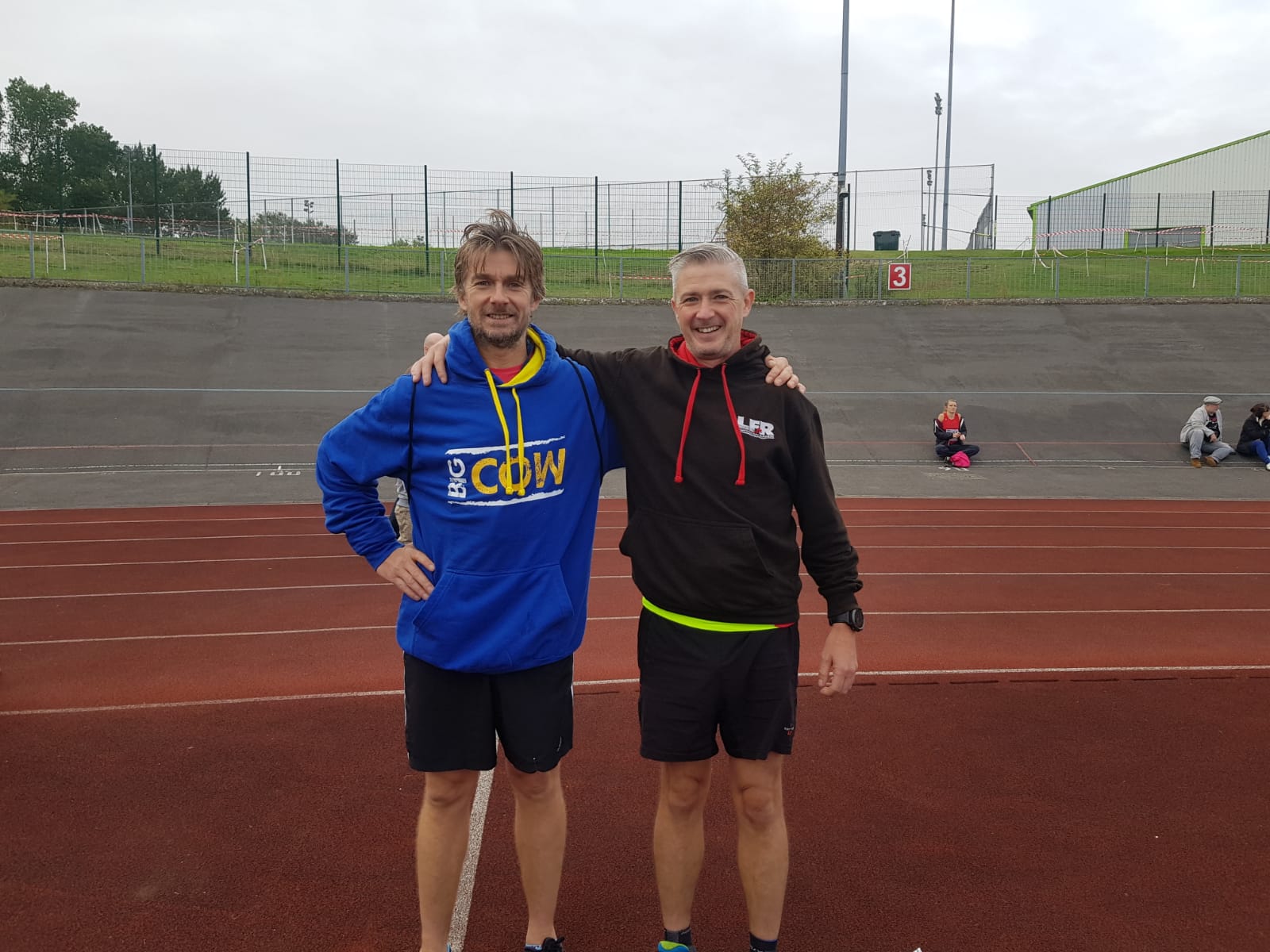 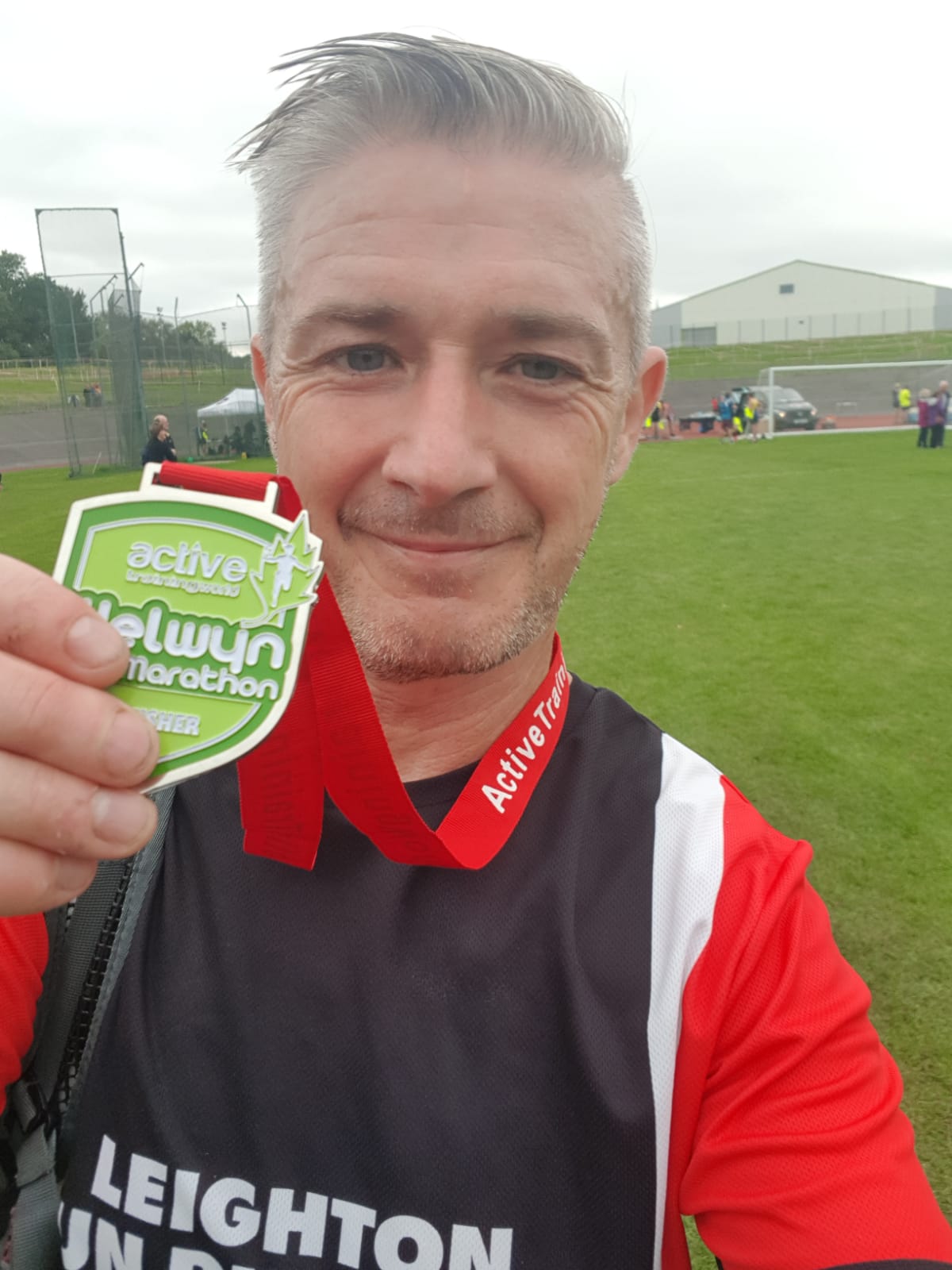 Sunday saw the second running of the Wrong Ride.  Another wonderful day out with a brilliant selection of bikes including Jane’s chopper and her own support team to get her up the hills… 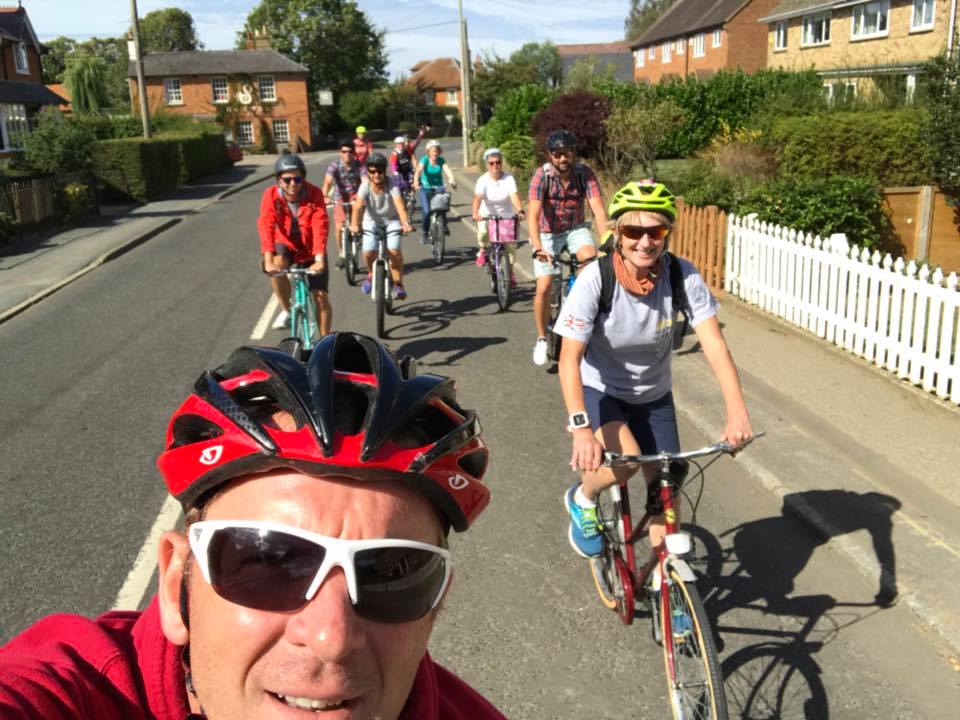 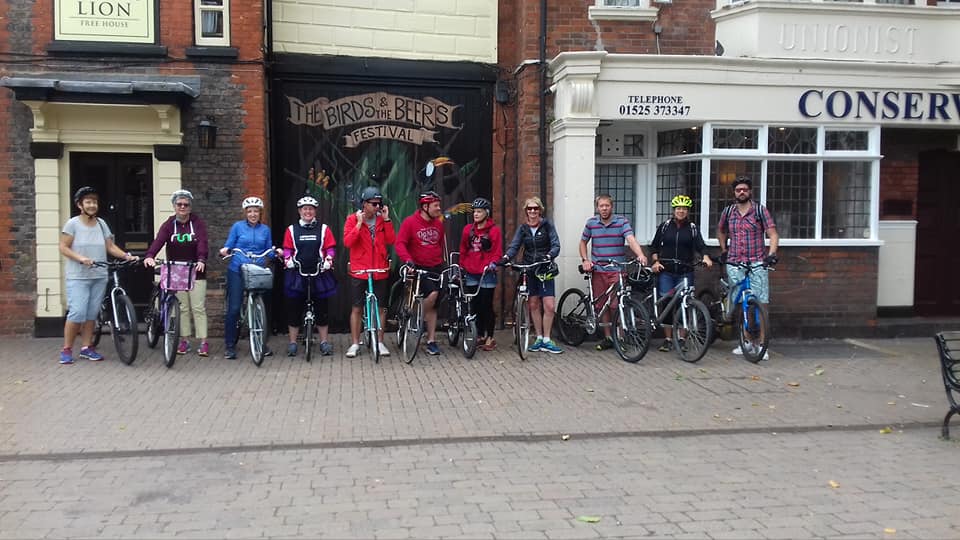 Keep an eye out for the third instalment.  They’ve both been incredibly fun days out and even members who haven’t been on a bike for years got involved and had a brilliant time.  Come along, LFR!

And finally…guess who’s back taking in the views at the most recent LDWA marathon event…it’s JK!  Completing marathon 231(ish) – he’s not quite sure.  When you’re a legend who has completed so many events, you lose count. On this particular JK adventure, he got lost, he was attacked by hornets the size of small birds, and he got lost again.  These views though… 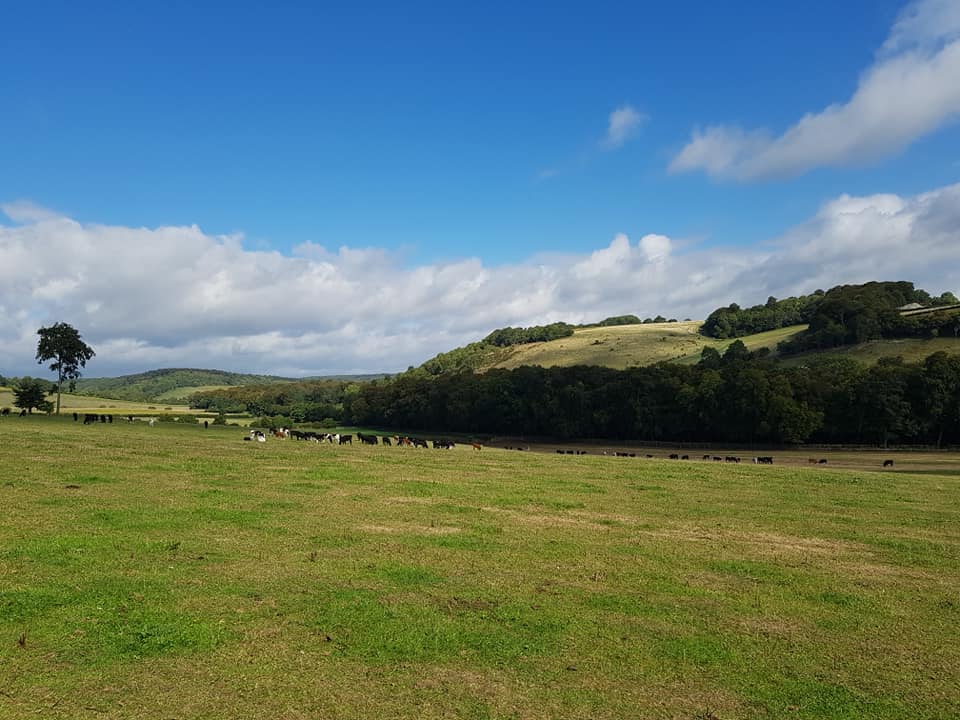 Well done, JK!  Questions….out of your 231(ish) marathons and ultras, which is your favourite?  Which was the toughest?  Which would you never do again?  Are you feet always crinkley?

If there is anything that we’ve missed in the rundown of the week, do let Jen know and she can include you in the following week’s newsletter.  If there is anything at all you’d like to be mentioned, again email Jen and she’ll include this.  You can email Jen by replying to the newsletter email or directly here: publicity@leightonfunrunners.org.uk