Posted on 8th October 2018 Categories: Latest News Comments are off for this post 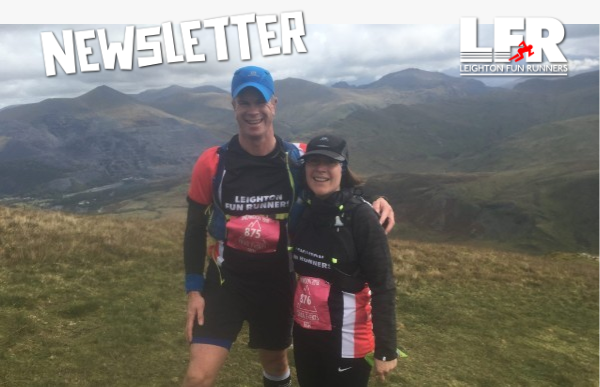 We had our club runs as usual with the out and back to The Star on Tuesday, Claire leading the Fartlek Fun on Wednesday, James taking the Improvers for some Eden Way loops – in both directions – absolute madness, and Alan leading the Friday morning gang on his favourite run.

On parkrun day we had runners at Rushmere, Luton Wardown, Southampton, Houghton Hall, Wendover Woods, Great Deham, Erddig, Aberystwyth, Rushmere and the very last event at Heartwood Forest. At Rushmere, Jamie got himself a PB!  Remember to change your parkrun profile to show Leighton Fun Runners as your club to share with us how you’re getting on.

We had a busy, busy weekend of running and racing with LFRs all over….

Kelly and Jane took on the Bedford Autodrome 10K and guess who they were warmed up by?  Some say he never blinks, and that he roams around the woods at night foraging for wolves. All we know is he’s called the Stig.  He did so well that Jane smashed out a 5K and a 10K PB!  Great running! 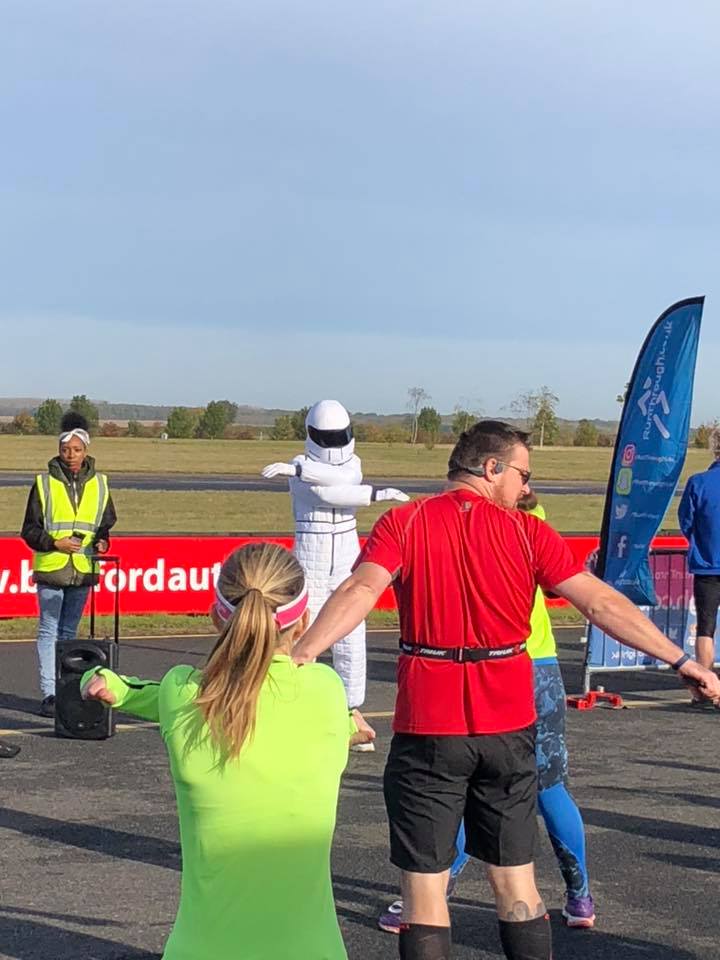 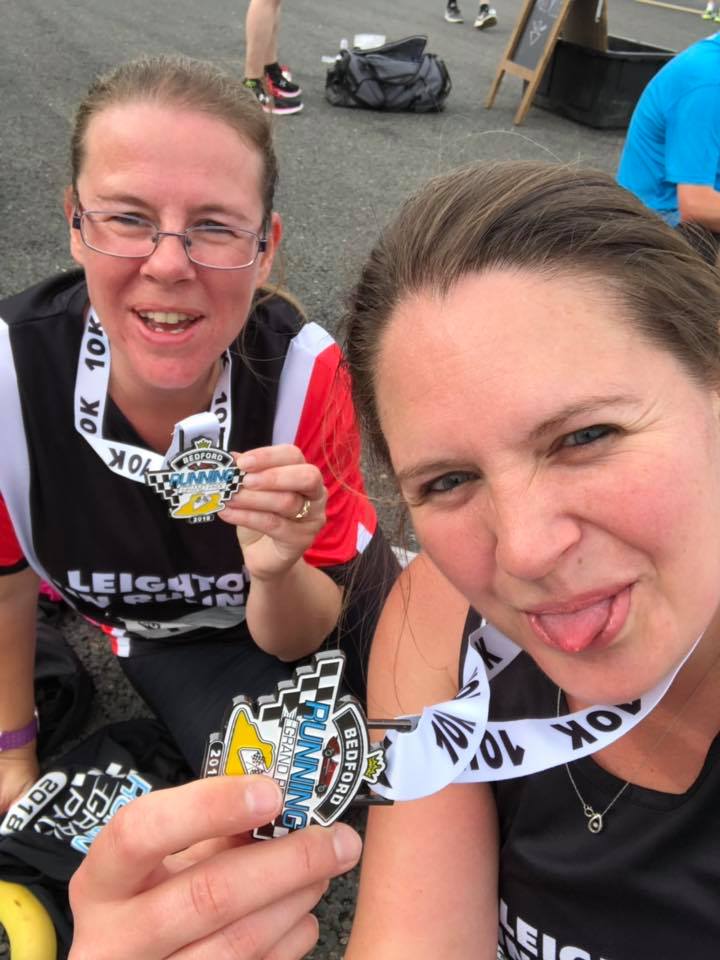 Penny, Barbara and Kim were running strong at the Willen 10K. Always great to see the three ladies out running!  Paul and Vicky were at the Wimpole Hall Hoohah 10 mile trail run taking in the glorious views.  Sally and son Jacob beat a “mahoosive hill” at the Tough 10K and Tough 3K in Abbots Langley. 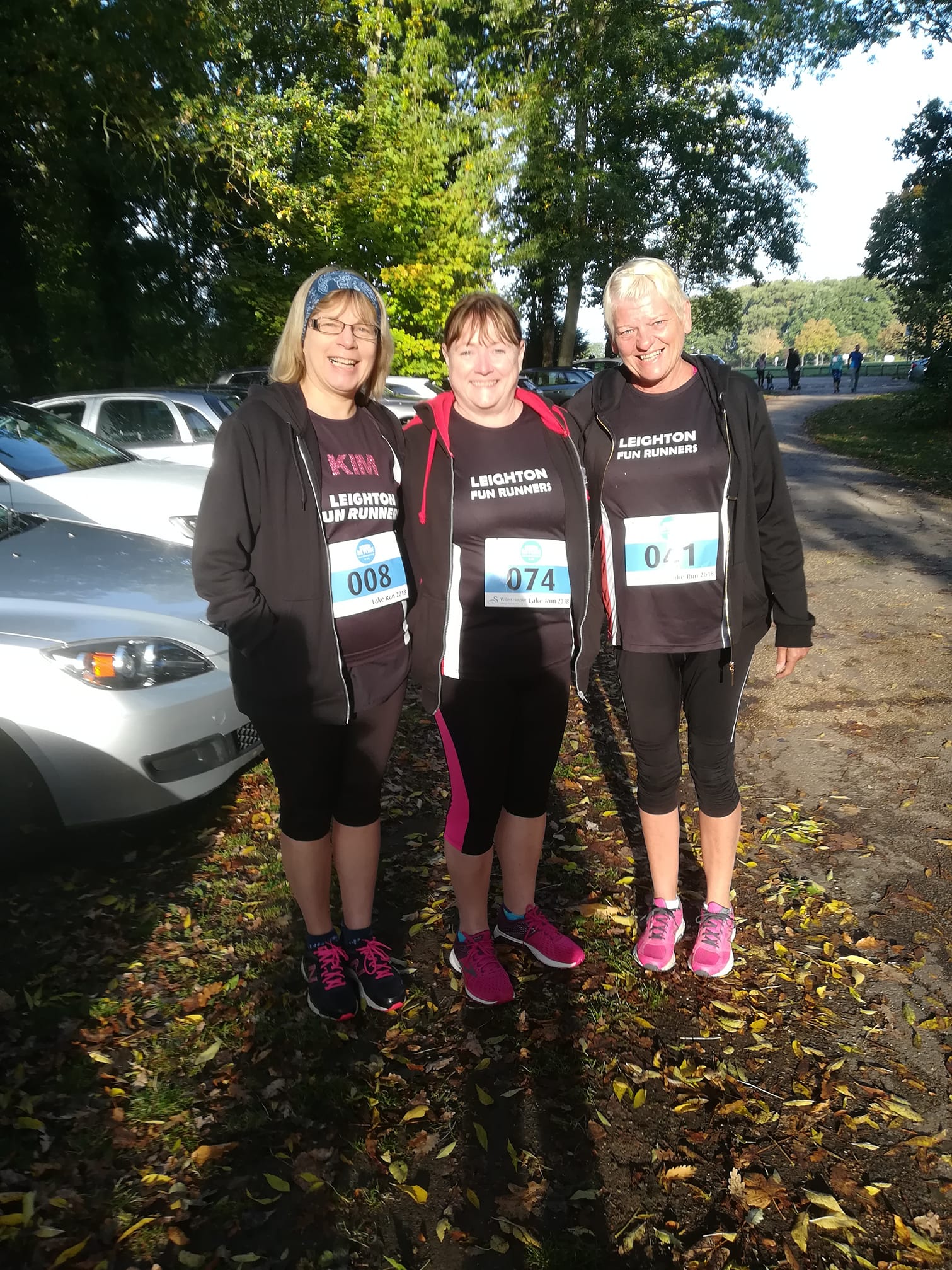 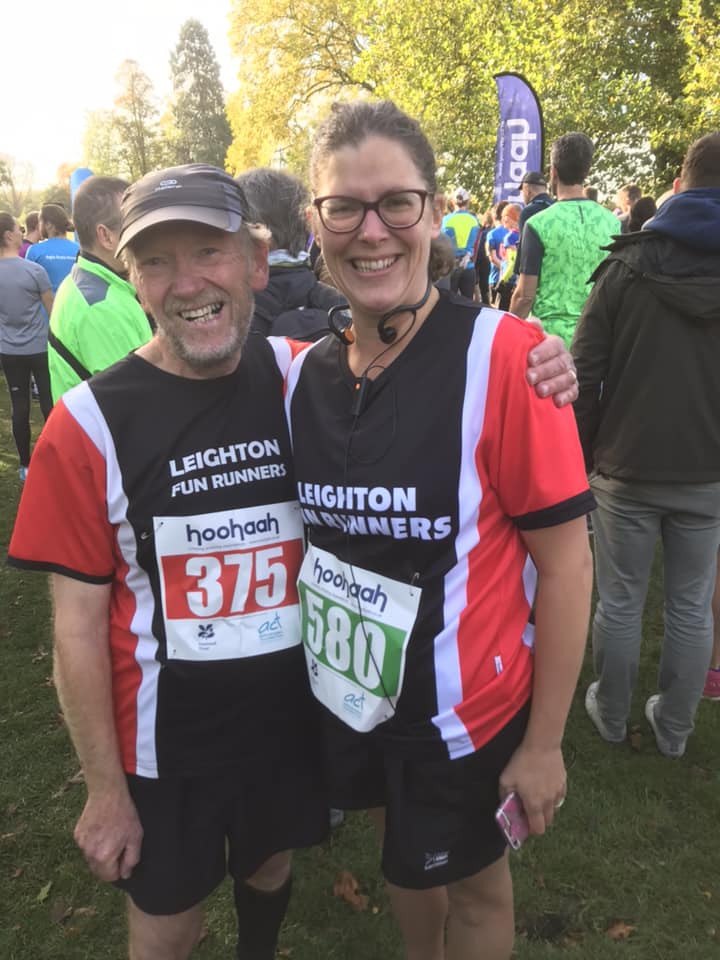 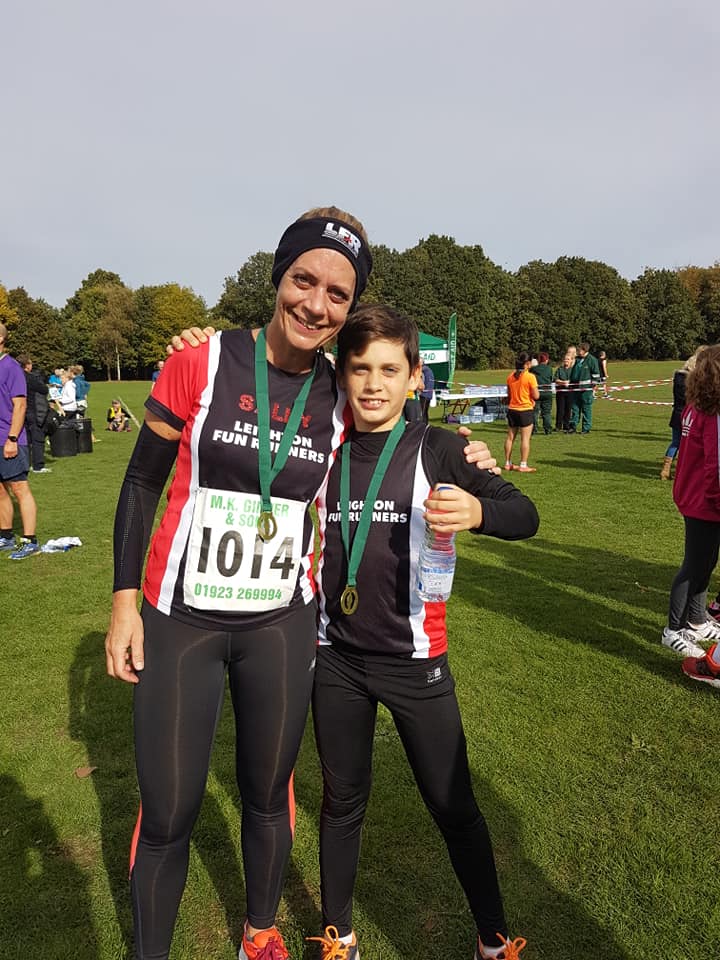 We even had runners around the globe with Max and Jane smashing it out a World Marathon Major at the Chicago Marathon and Adam getting a 10K PB at the Budapest 10K! 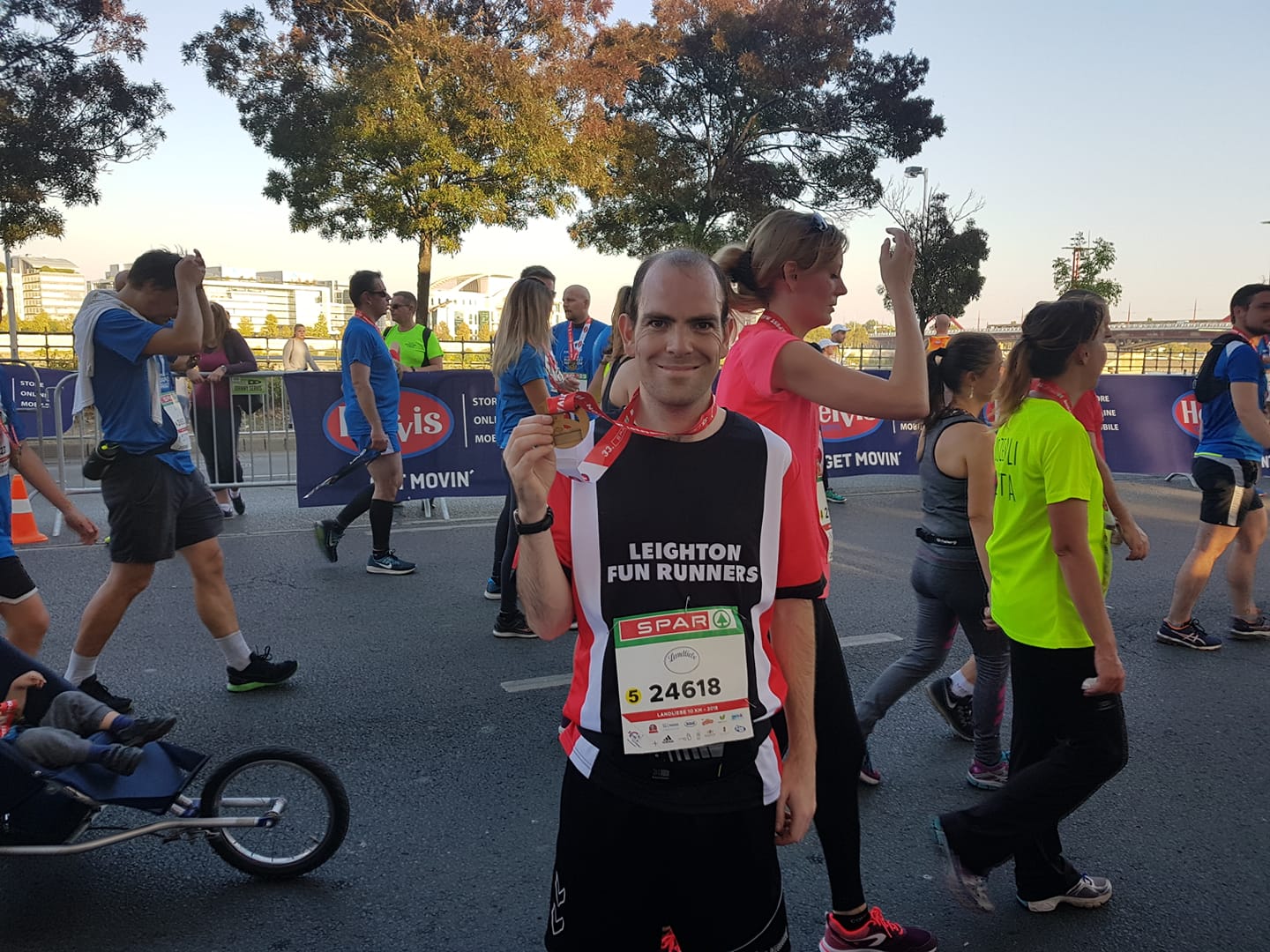 And lastly we had LFR on Tour at the Chester Marathon and Metric Marathon weekend with some fantastic performances.  Carrie, Jen and Ali completed the metric distance – 26.2km (16.2 miles) – with Ali getting a half marathon PB on the way round.  Superb! 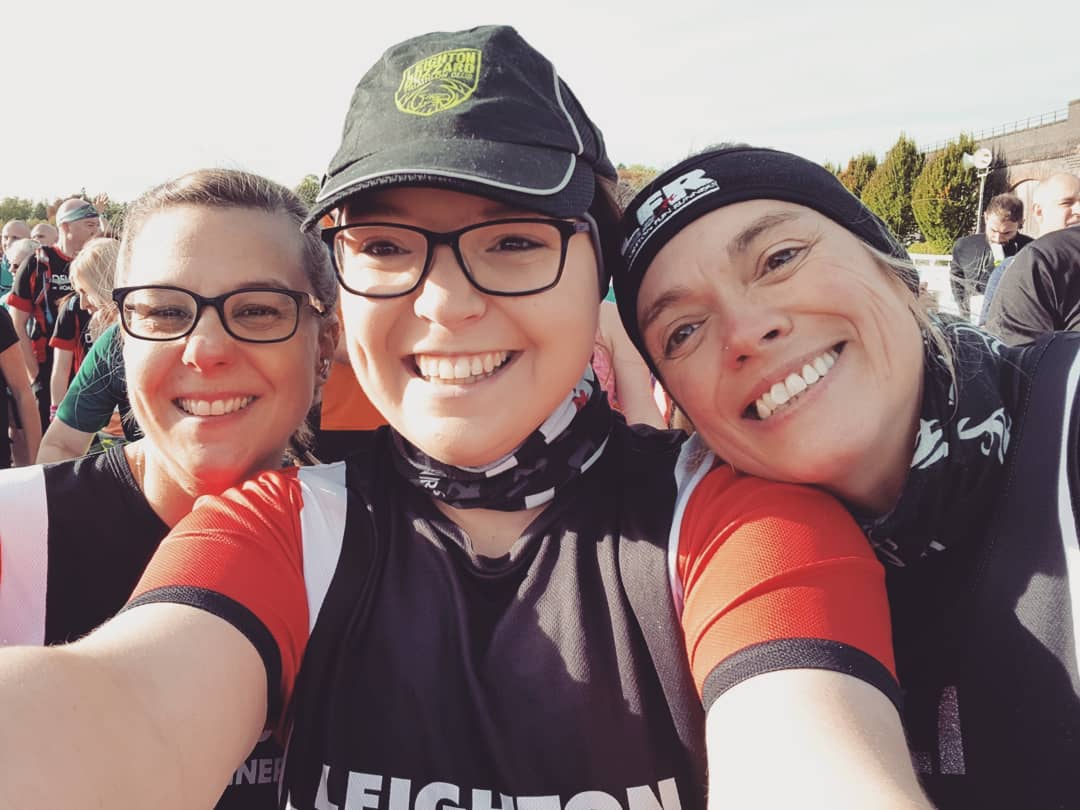 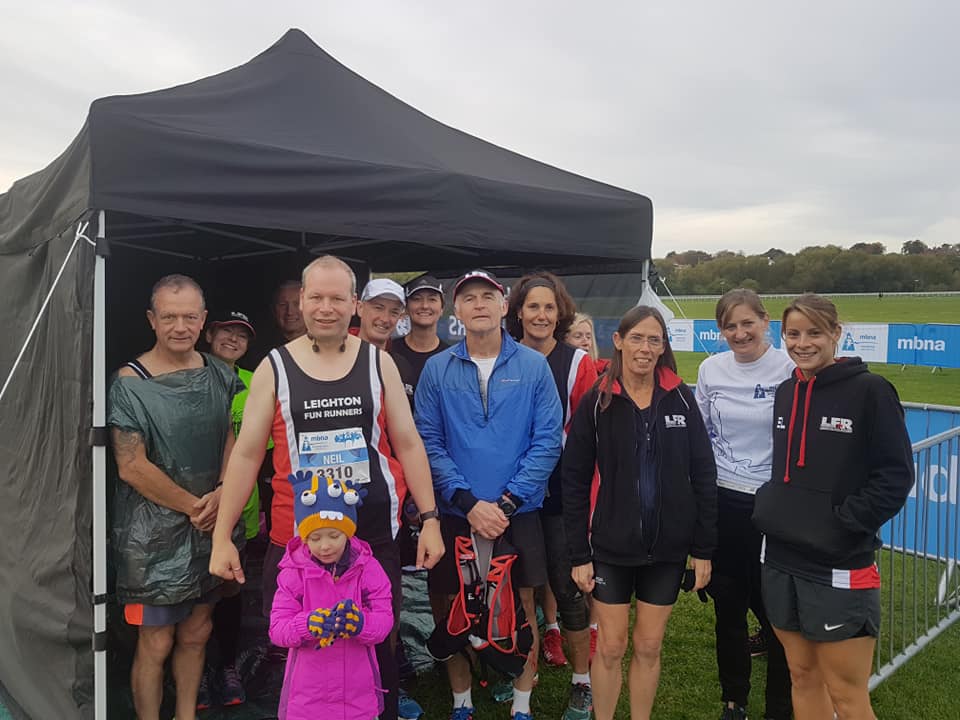 And we had 13 LFRs completing the marathon all smashing out great runs: we had the two Pauls, the Little one running a PB of 3.27 and the other Paul just one minute off his PB – great running; Peter, the day after his 62nd birthday, who also ran a PB of 3.34; the marathon lovers, Katy, JK, Wes and Karen; Elle ran herself a 30 minute PB, making it onto the sub-4 fun bus; Lindsey ran a 13 minute PB from her time last year; Chris was third in her age category and on her second marathon ran another VLM Good for Age time; our first time marathoners also ran some great races, brilliant efforts from Neil and Dawn; and Felicity was running a marathon just six months postpartum – super mum, super runner.  Well done everyone! 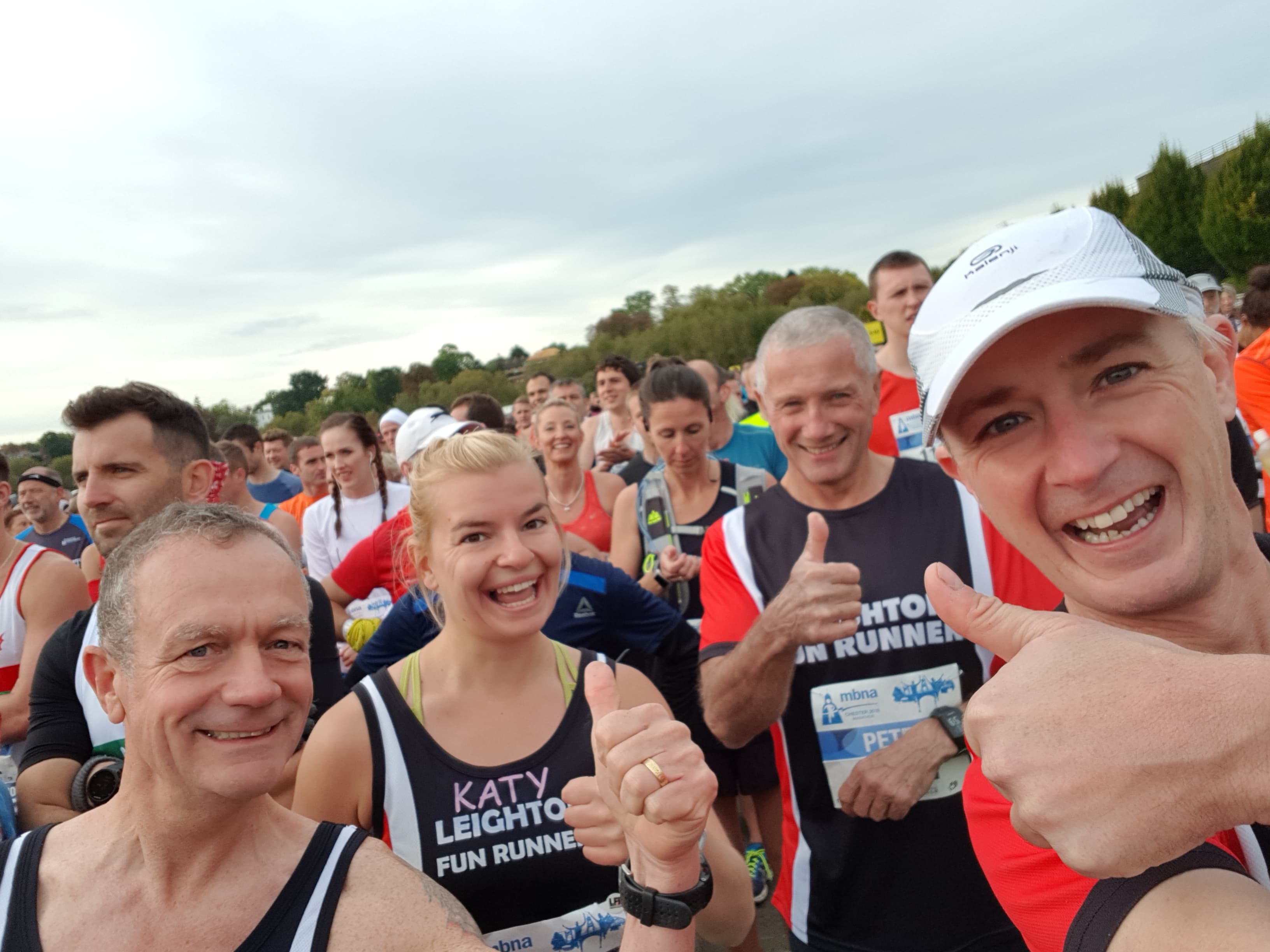 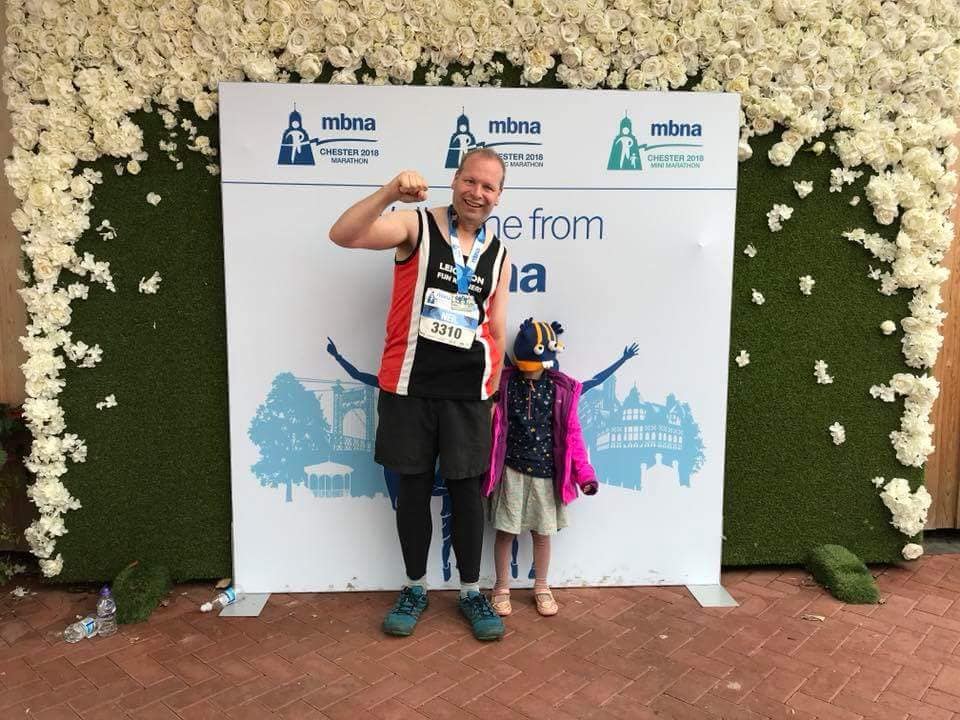 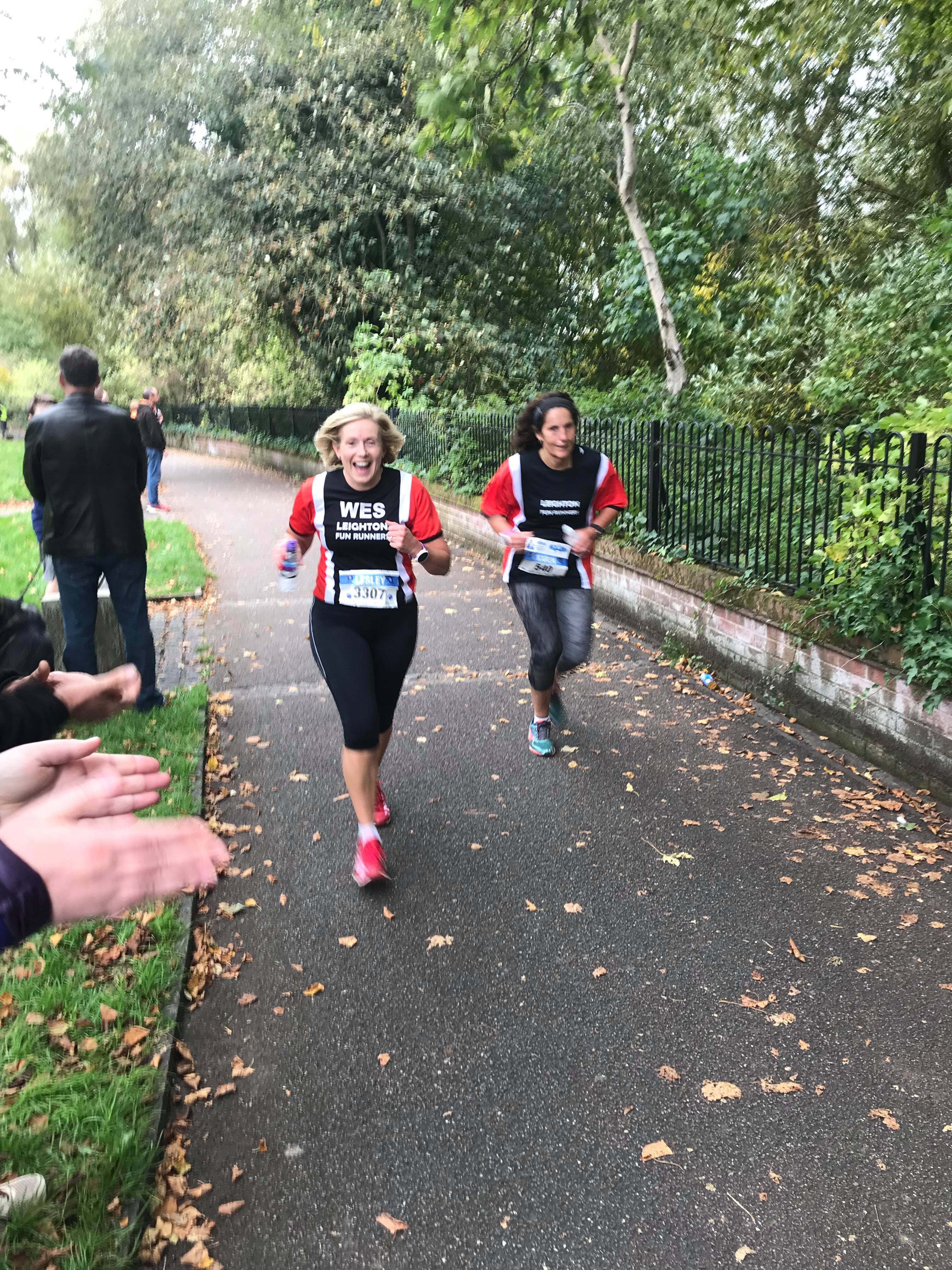 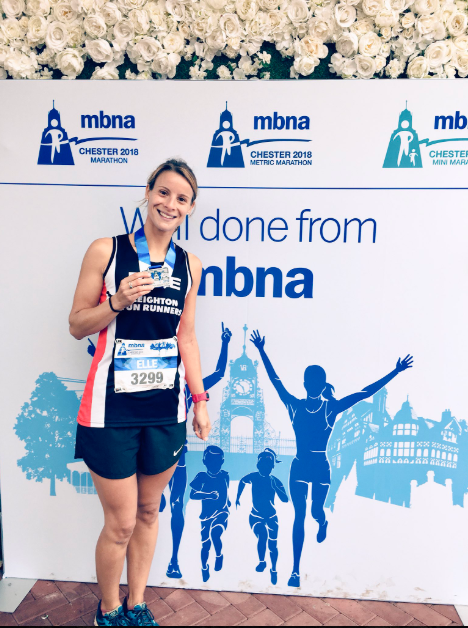 A huge thank you and well done also to the LFR supporters and friends who made their way to Chester and the marathon club corner to cheer our runners: Dave, Ali, James, TC, Felicity’s family and Neil’s family, Team Sparky and Sam. It really helps to have smiling faces cheering the runners in! It was a long day for you in that gazebo! 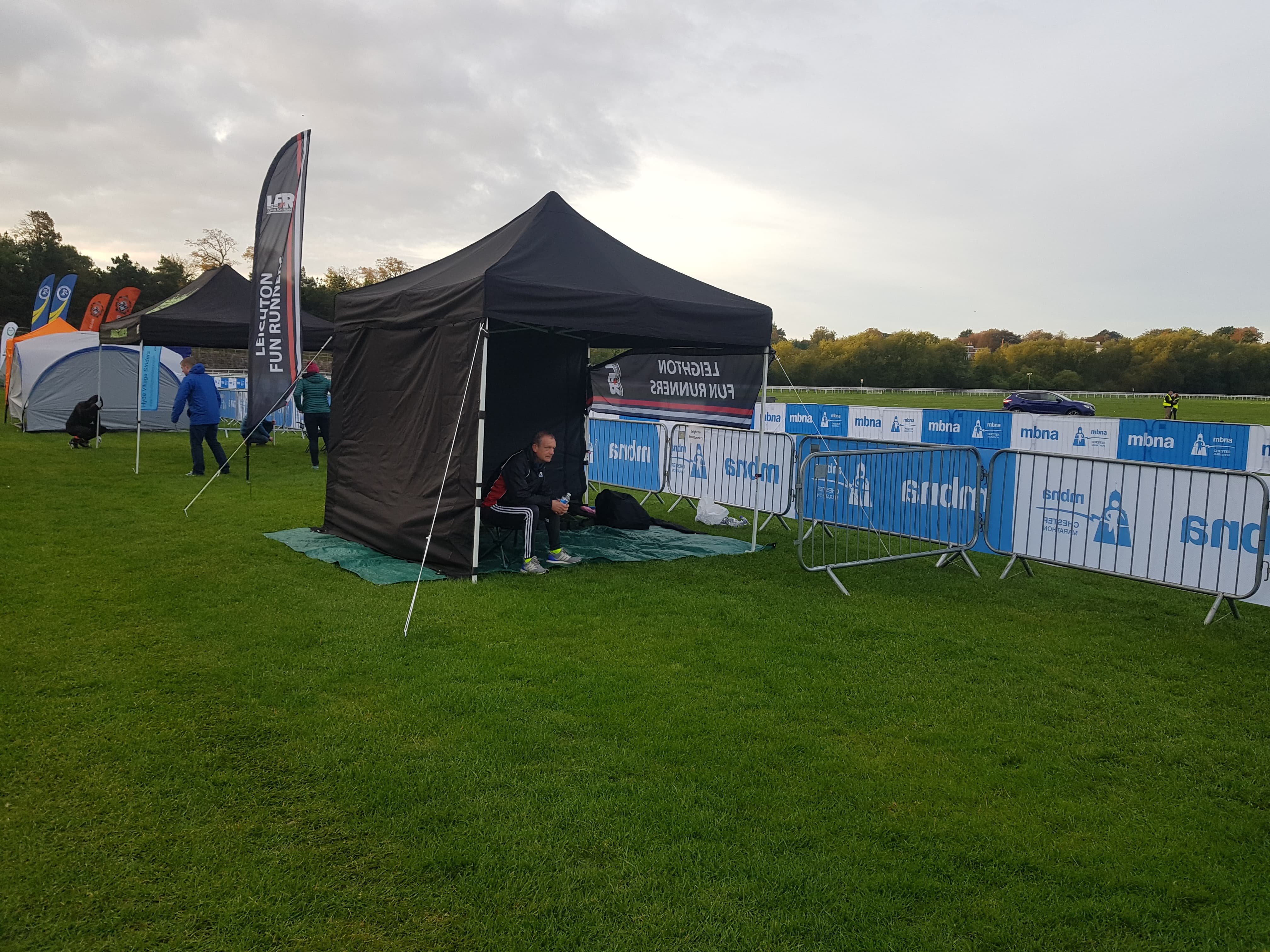 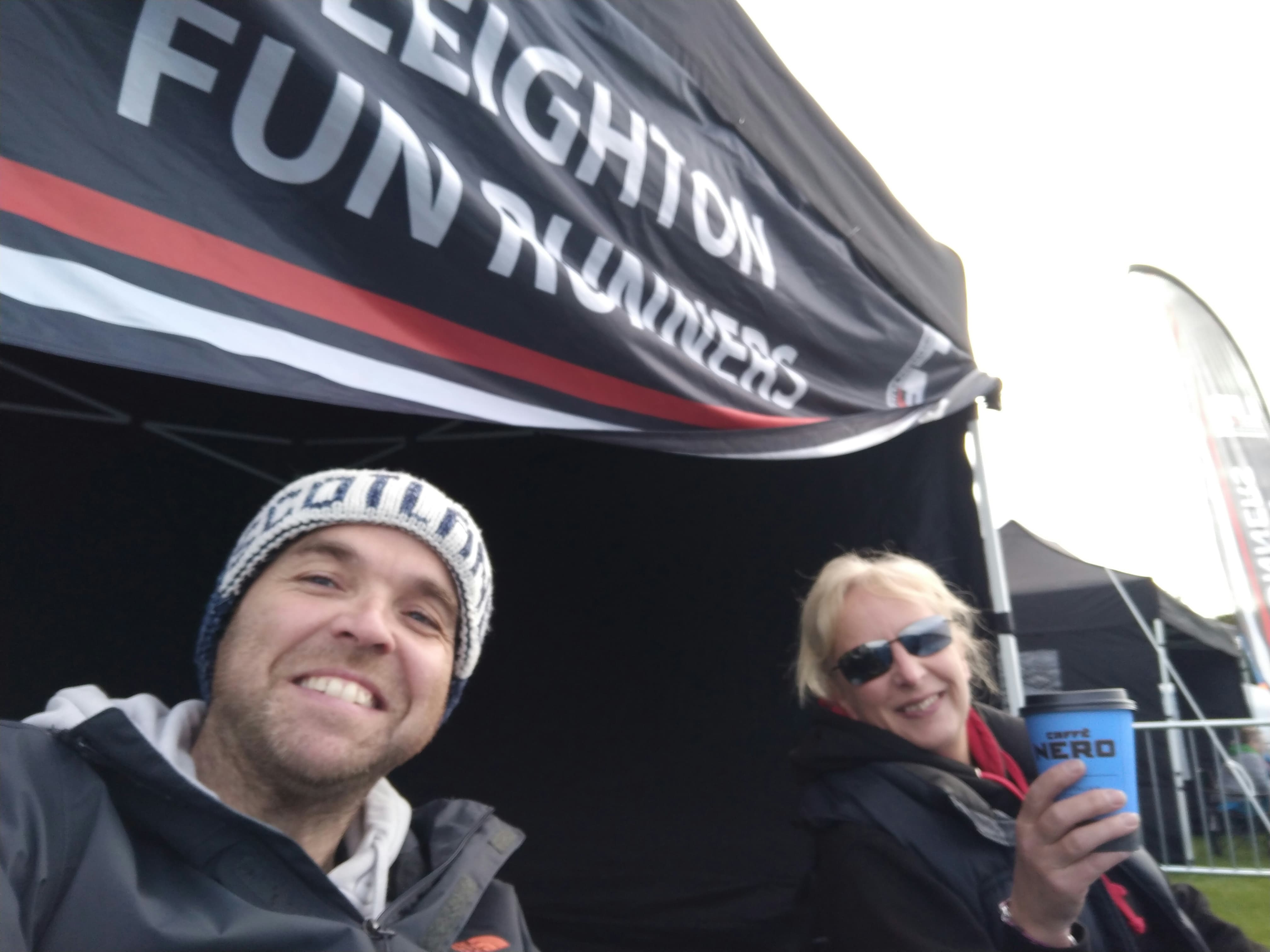 That’s all for this week.  See you next time, LFR!