Posted on 9th July 2018 Categories: Latest News Comments are off for this post 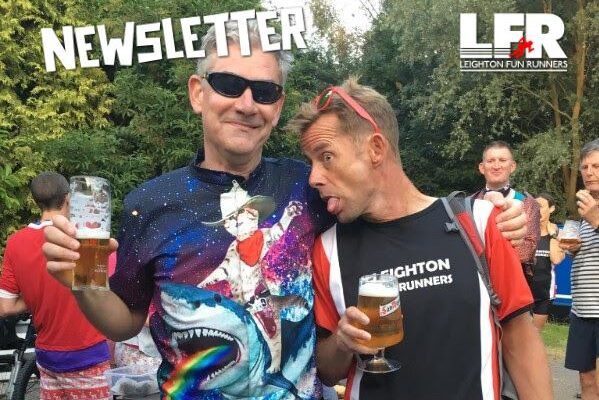 …still hot. When will it end?!

The weather may be hotter than hot, but this did not stop LFR from heading out on our club runs. Tuesday was the hugely popular Pyjama Run. We had runners turn up to the invite night, dressed in their jimmiest jammies, to go for either a six mile or three mile run around the woods. Thank you to everyone who turned up, who ran, the run leaders, the cake bakers and cake eaters. A particular football event may have reduced the numbers from previous years, but we still had a fantastic turnout and a brilliant time! 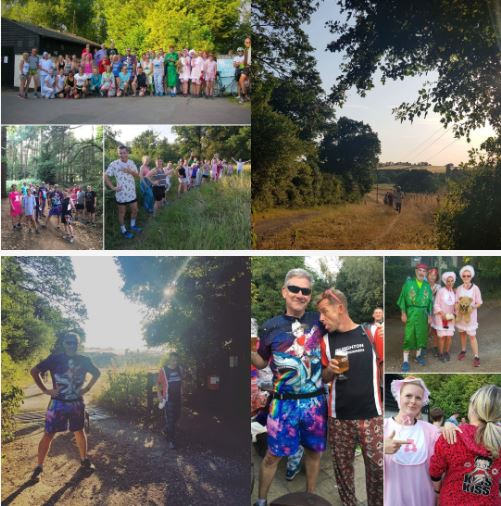 On Fartlek Wednesday, there was a great turnout for Karen’s hilly Fartlek route. They knew it was coming, but they turned up and ran anyway! Great work, runners. Captain Dan was leading the Improvers with some intervals and workouts in the park together with a spot of climbing frame fun. I hear they even raced a dog around the park. Nice work. Karen was back leading on Friday for a trail run in Stockgrove. She took the group on an old LFR club route – this proved very popular with the Friday fun gang, even with the hills. Can you tell Karen likes hillls?

We had some midweek racing from Kelly, who was flying the LFR flag at the Queen Elizabeth Olympic Park for the Great Team Relay. What a great place to run. She didn’t drop the baton. Well done, Kelly!

The weekend came as did parkrun day where we had LFR runners at Leamington, Linford Wood, Houghton Hall, Bryn Bach, Keswick and Rushmere. At Houghton Hall, Carol bagged herself a PB and was on the age category record list! Great work, Carol. At Rushmere, Andy and Jim took their places in the top 10 and Caroline had an accidental 50th parkrun thinking it was still some weeks away! Well done Caroline!

The weekend saw the long distance runners out in force…. 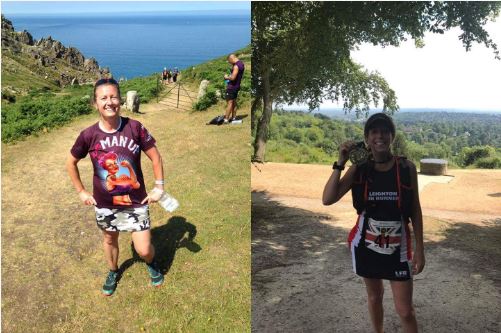 JK was adding another marathon to his belt at the High Weald Challenge in Kent. “Lots of navigation and far too hot.” Well done, JK! #alwaysalegend

And Wes was at the Cider Frolic Marathon in Dorset for her “hen marathon” joined by Emma and Emma’s sister, Vicki. Ricky and Max were also down for support! Well done all!

Finally, our triathlon trio of Claire, Pam and Jane were at the Human Race Women Only Standard Distance triathlon at Eton Dorney! All in preparation for their upcoming challenge at the end of August. Excellent work, ladies!. There’s just no stopping you!

Now…as many of you may be aware there is a particular sporting event taking place right now. Some of you may not be interested, some of you definitely are. It’s the Football World Cup of course! England won their quarter-final match over the weekend to reach the semi-finals, playing Croatia this coming Wednesday.

It’s hard not to be excited about this, particularly when you realise this is the first world cup semi-final appearance for England since 1990 – the famous match when Lineker scored, Gazza’s tears, and that penalty shootout. Their previous semi-final appearance was in 1966. We all know what happened there…

1990 was a year when people didn’t have mobile phones; the first web page was published by Tim Berners-Lee (a month after the world cup!); even the Gameboy hadn’t been released yet; arguably the greatest football song of all time came out, no not that one; Croatia were not yet an independent nation; and there was a record breaking heatwave that summer – hotter than it is now!

To celebrate this achievement and the semi-final on Wednesday, why not get out in your red and white, wear your Three Lions with pride, and run for England this week.

Have a great week, LFR!