Posted on 19th November 2018 Categories: Latest News Comments are off for this post 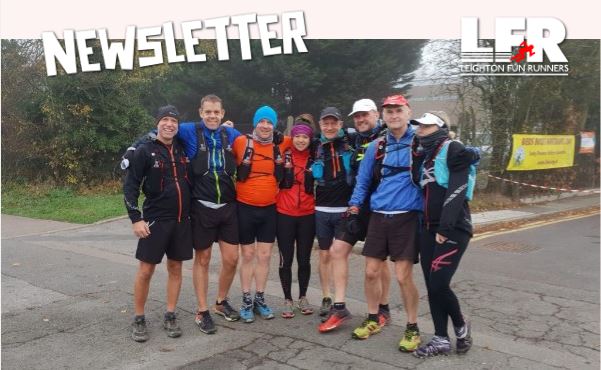 Tuesday had a group run with a difference - Ian taking out the trail runners on a headtorch run around Woburn, dodging the deer.   Back in town we had our usual Group Night with everyone enjoying their different pace groups.  Janice was doing what she does best, inflicting pain on the Fartlek Fun Runners on Wednesday.  Captain Dan put on a Tabata session in the park for the Improvers on Thursday and JK took out the lovely LFR ladies for a trail run around Rushmere for the Friday morning Fun Run. Great fun. 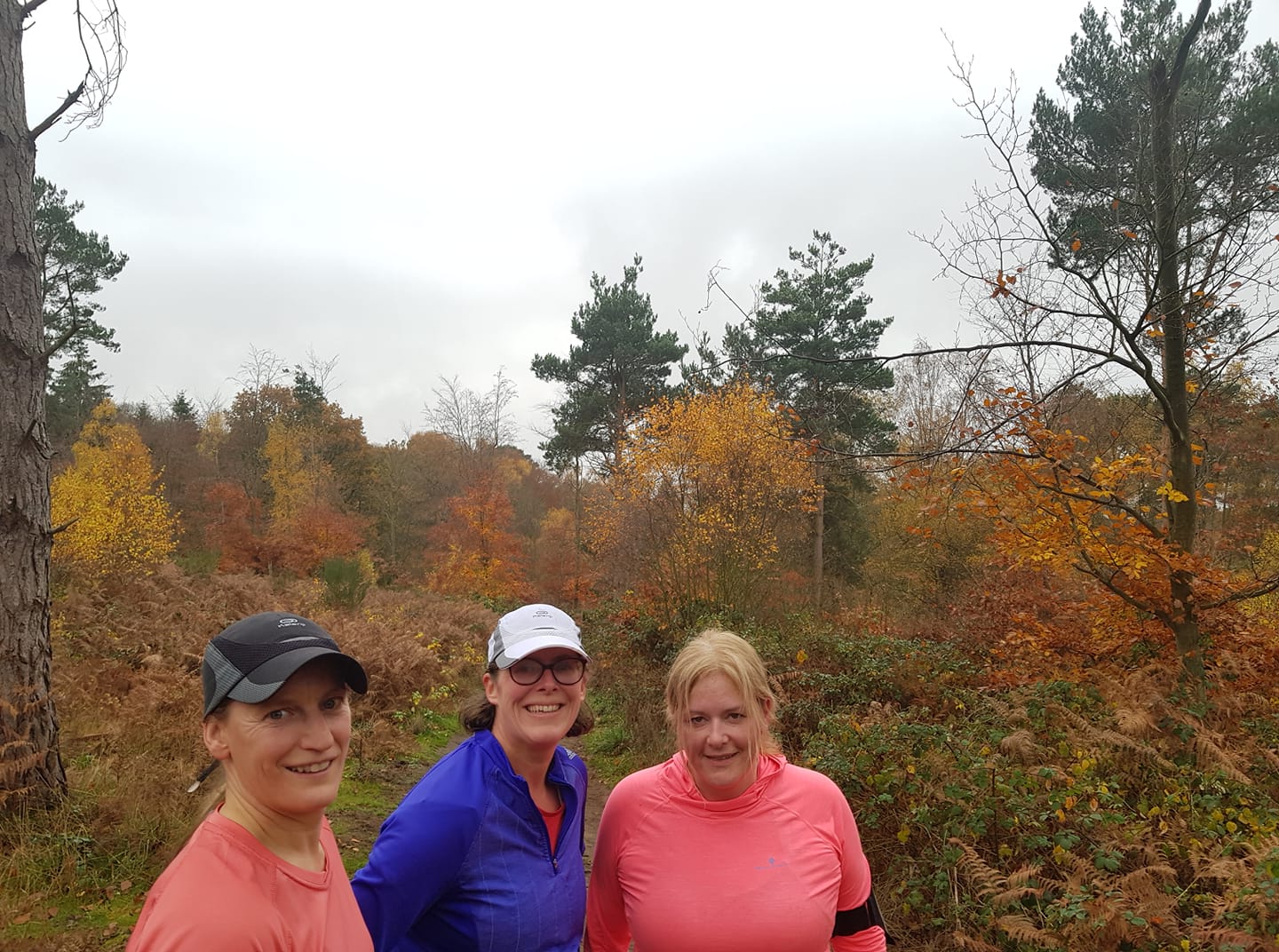 Following parkrun was the Dirt Half!  An LFR favourite!  We had a HUGE number of runners taking part and some fantastic achievements.  A huge well done to everyone.  A few shout outs:  Gavin bagged another PB and rewarded himself with beer from the brewery!  New member David Pym was running his first half marathon in a smashing time of 1.51.  He only ran his first ever mile back in March - what an achievement!  Well done, David!  What shoes did you wear in the end?! Captain Dan ran a half marathon PB (he also ran the first 10K in 40 minutes - incredible!)  Sam was running just her second half marathon, coming in under 2 hours for the first time.  Michelle ran a course PB - a massive 8 minutes faster than last year. And Nic also ran a course PB!  Finally Mr Paul Doyle who decided that running the Dirt Half wasn't enough, ran parkrun in the morning.  Just because. Madness! 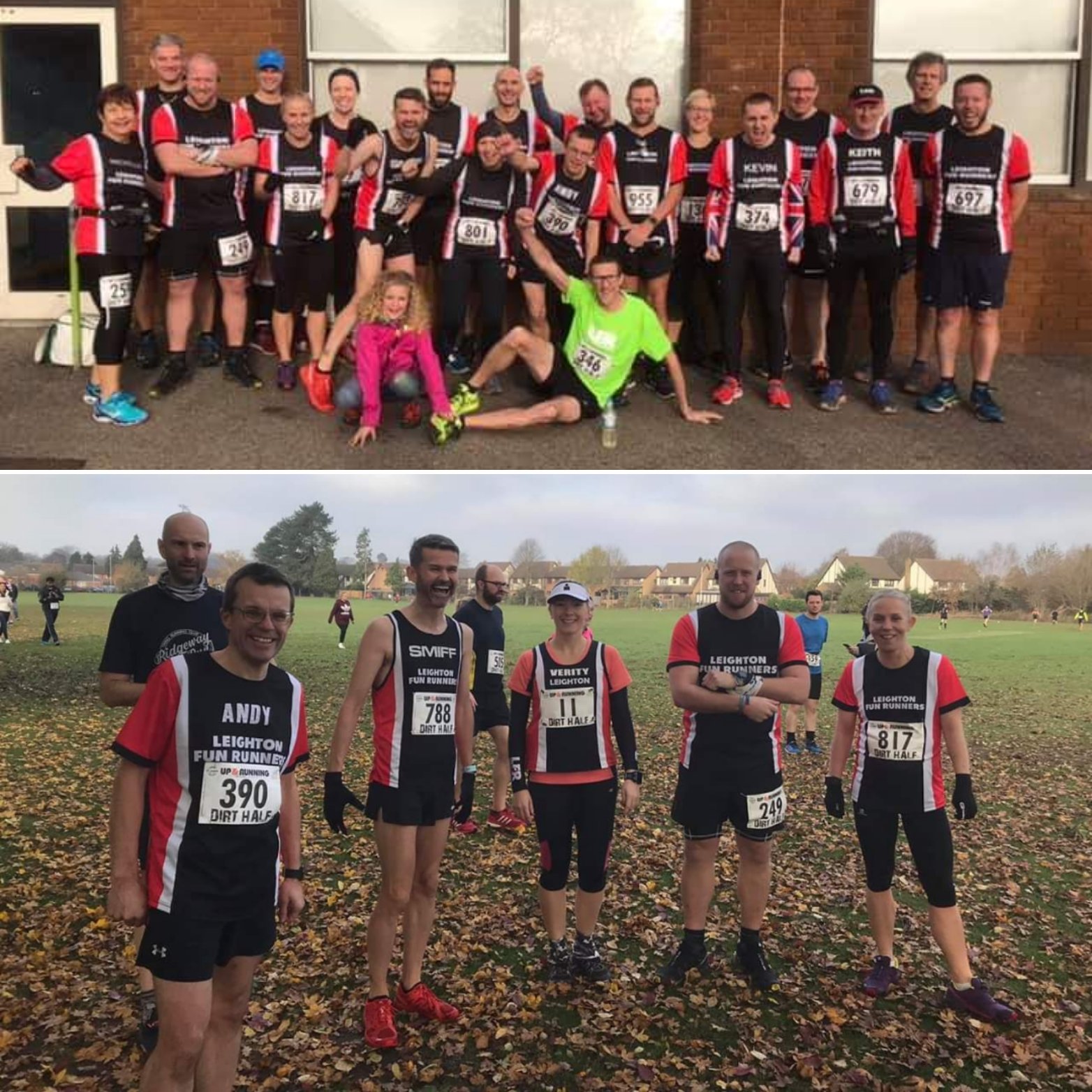 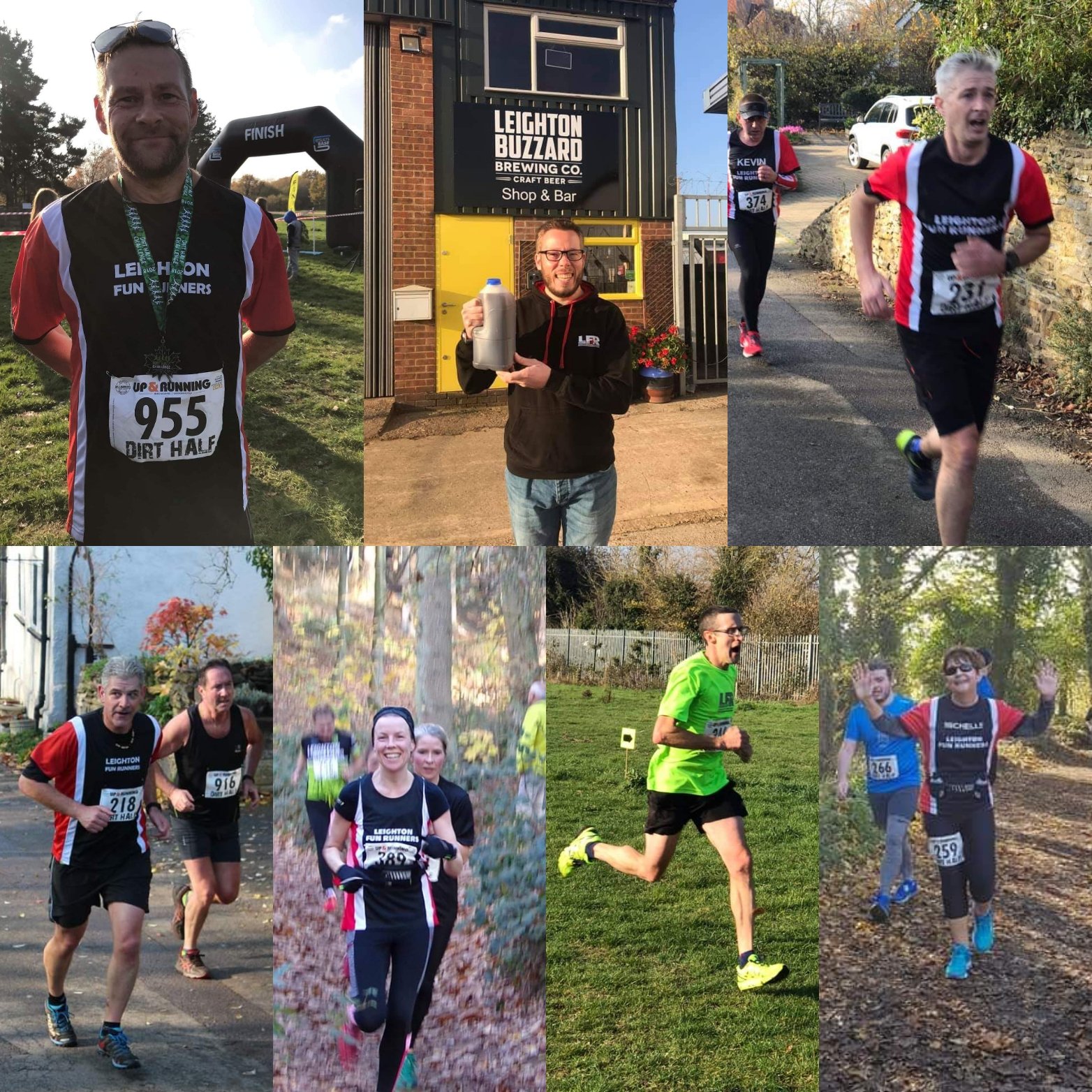 We also had LFRs volunteering at the water stations, at the finish, everywhere!  And so many of the club on the route shouting support to everyone.  It really helps the runners to hear "GO LFR" as they run round.  That's why we had so many PBs!  Thank you to all the supporters - you are brilliant.

Sunday was another very busy day.  It was the return of the MoRun in Milton Keynes and the annual appearance of Davina who ran a 36s 10K PB, even transforming into Dave when her hair flew off on the final stretch!  There were more PBs from Kelly and Laura on the 10K and Lisa and Leon both bagged PBs at the 5K - Leon smashing it the finish! Great efforts. 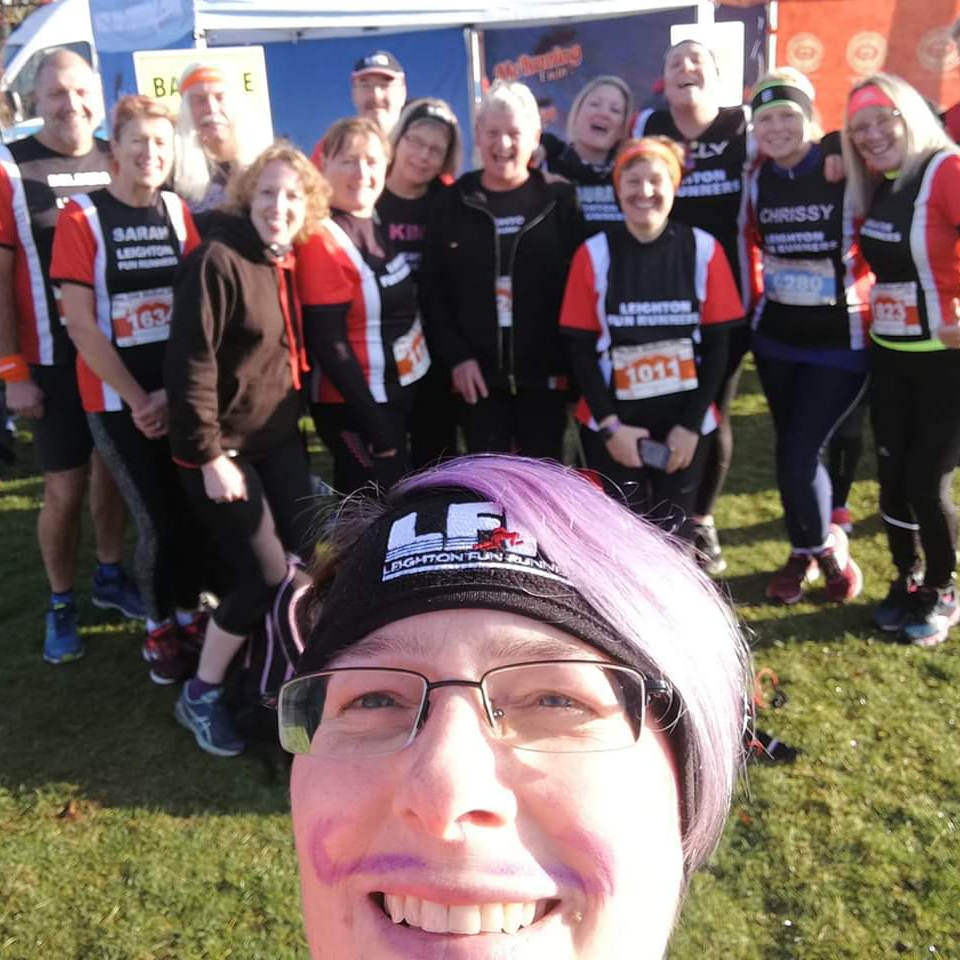 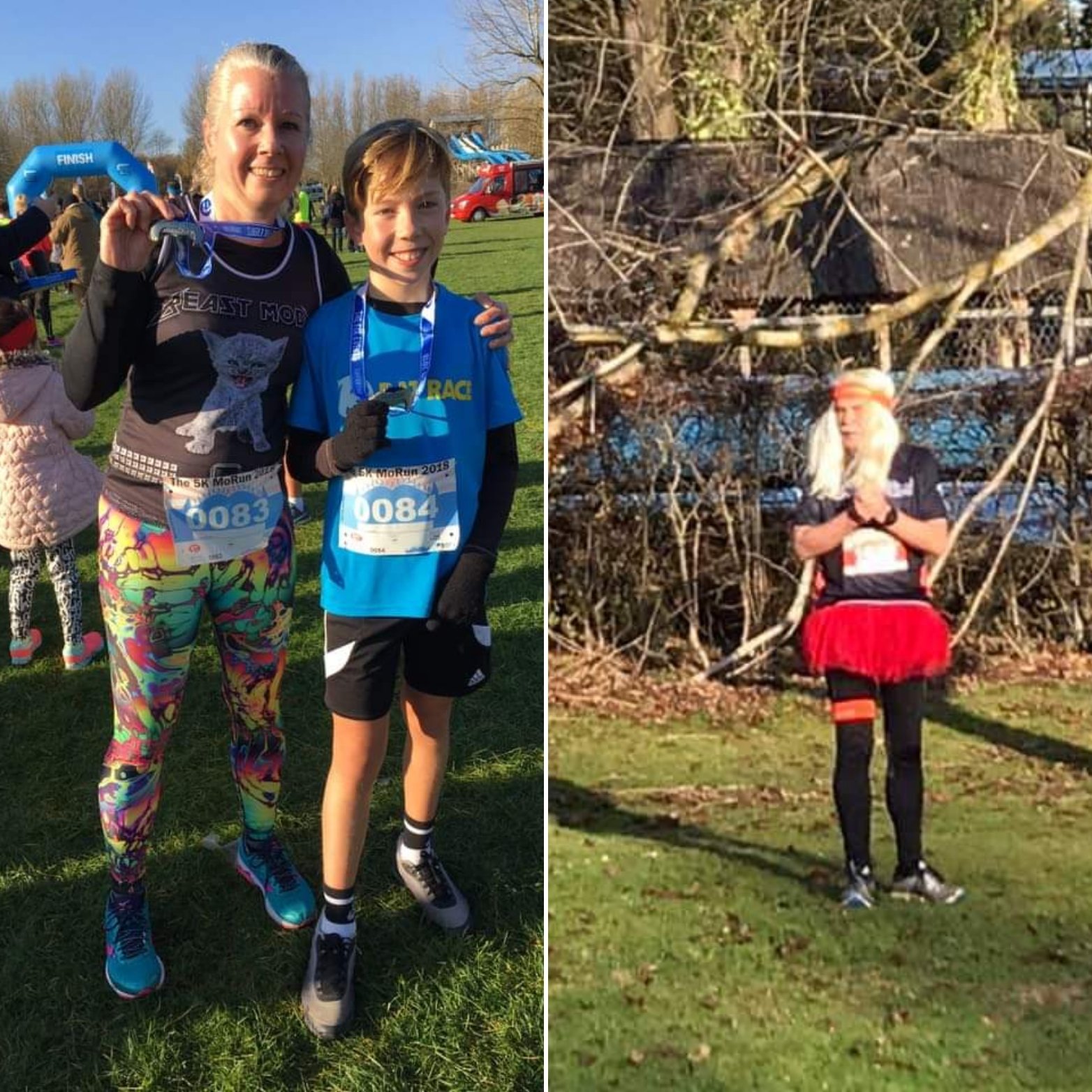 Also on Sunday we had Dan and Peter at the Hertfordshire Half Marathon.  Julian, Jim and Vicky taking on Herberts Hole 10K.  Caroline ran her own half dubbed "The Slapton Half" and in doing so ran her 11th half marathon of 2018 and completed her 500 mile challenge for the year!  Great running, Caroline!

And finally it was the Sundon Saunter on Sunny Sunday!  Emma, Charlotte and Sally (who clearly wasn't content with running just one half marathon this weekend) took on the 12.7 miles of trails. And Mark, non-LFR Mark, Ian, Marianne, Paul, another Mark, JK and Verity all completed the marathon.  They stayed together the whole way round tackling some route changes, but it meant they got to run on different trails.  Quote from Ian: "Almost a perfect trail marathon." Sounds truly wonderful! 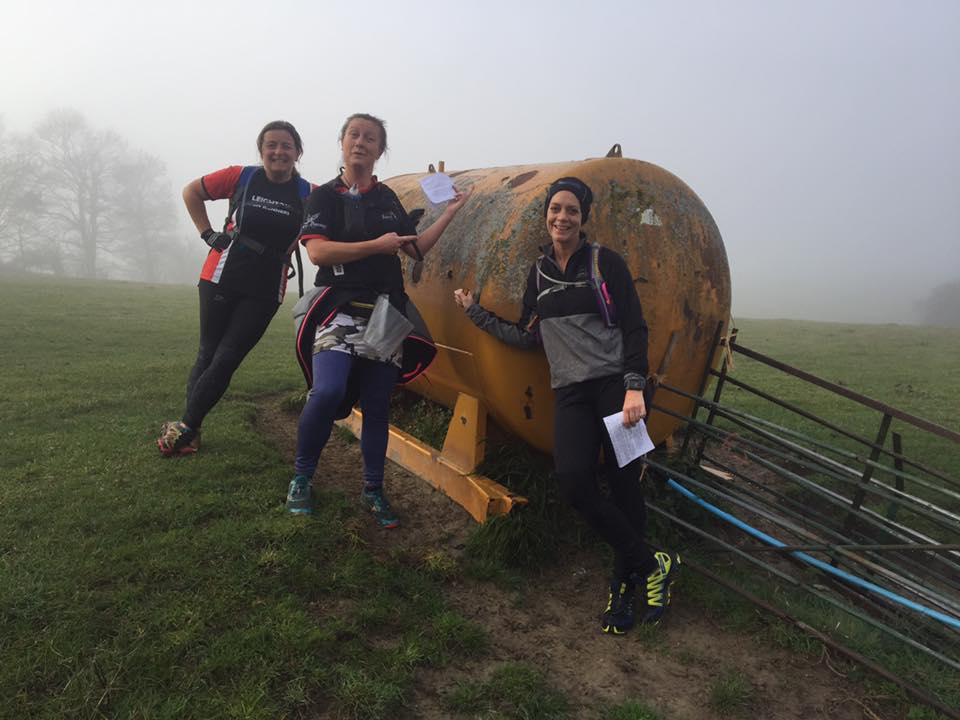 A massive shout out to Verity. Not only did she complete the Sundon Saunter Marathon on Sunday, she ran the Dirt Half on Saturday! Just a little warm up.  Superb effort.

Now.....there has been a lot of talk the last couple of weeks of LFR photos and photos of the week. Of course we are all aware of the incredible Doyleyvision - always a winner. This week, however, we have had some serious contenders for the crown.  Captain Dan's Doyley Camera shot of the group run on Tuesday.  Annis' shot of Smiffy's catalogue pose....this was superb. The LFR Ladies celebrating the 80s.  However, nothing can beat a picture of our very own legend at the Sundon Saunter.......writing legend on his photo....here we have Ian's shot of The Legend also known as JK......LFR's Picture of the Week! 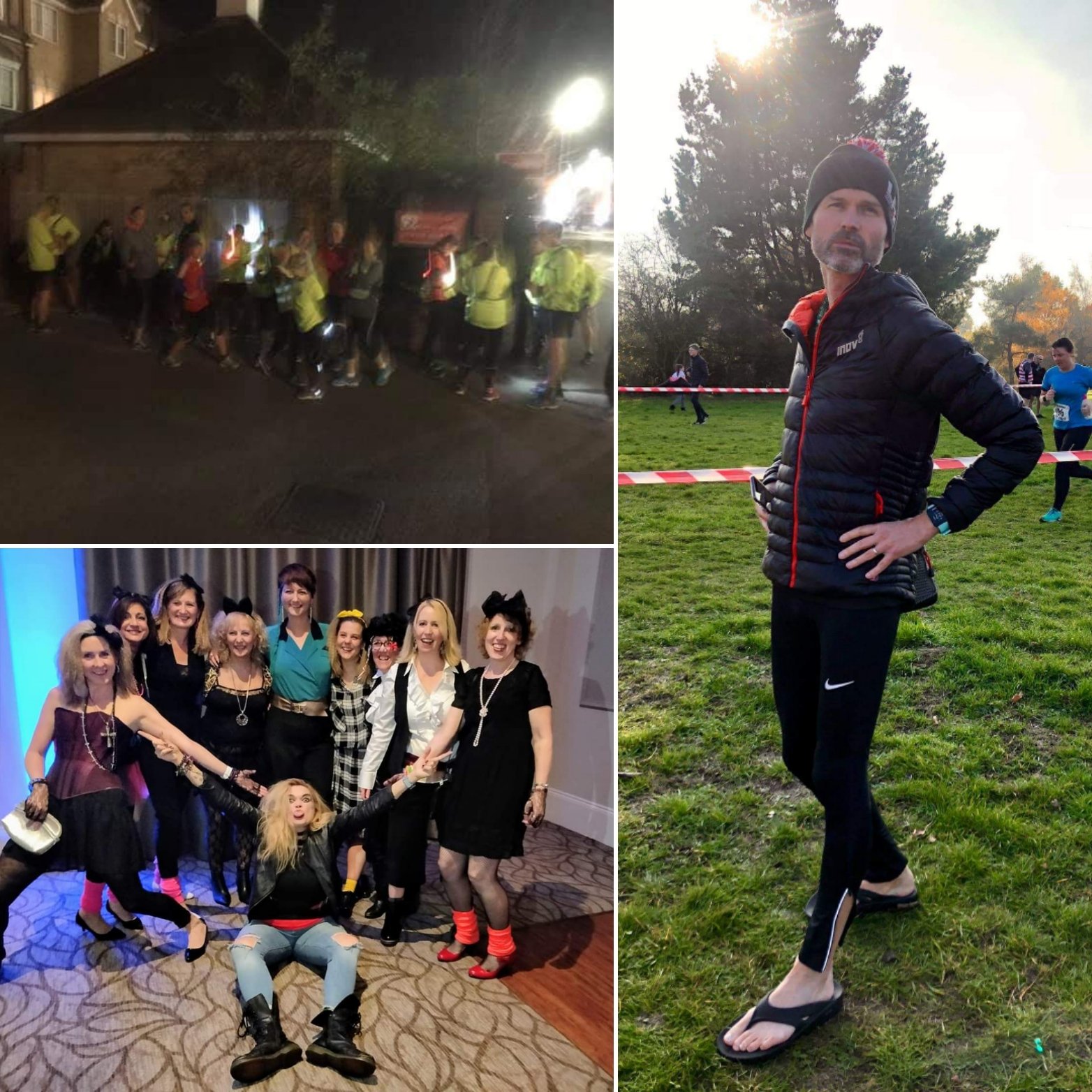 That's all for this week.  Happy Running, LFR!

As it has been an incredibly busy weekend of events, I am bound to have missed something or got something wrong!  If so, do just let me know and I can give you a shout out next week!  Remember if you'd like anything in particular mentioned in the newsletter, you can send me a message on Facebook or email me at publicity@leightonfunrunners.org.uk - Jen 🙂