Posted on 3rd December 2018 Categories: Latest News Comments are off for this post

Group Night was back on the cards for the final time this year - thank you Gary, Annis, Caroline, David, Kelly, Matt and James for leading the pace groups. We had some runners trying out groups and paces they were not used to and the "Go Nuts" group taking a tour of the Strava segments of Leighton Buzzard, getting themselves crowns, and trophies all over the town! Also on Tuesday Ian was back leading a headtorch trail run around Aspley Heath - only one tumble from the current Runner of the Month!  Thanks for leading the trailrunners, Ian!

Vicky was leading the Fartlek fun on Wednesday, Captain Dan took the Improvers on Thursday and Alan was leading the Friday Morning Boys to the Leighton Riviera on Friday.  Doesn't it look fantastic? 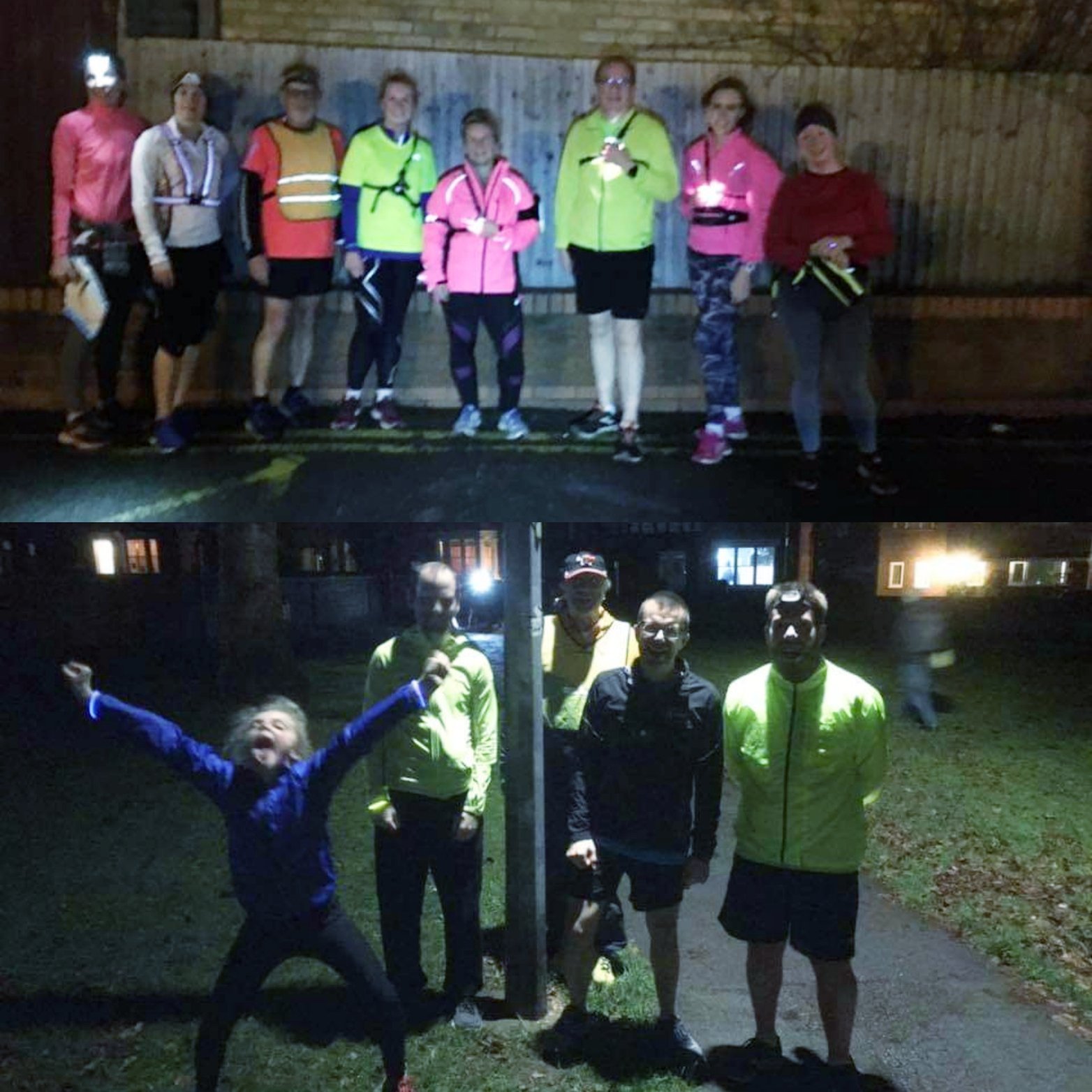 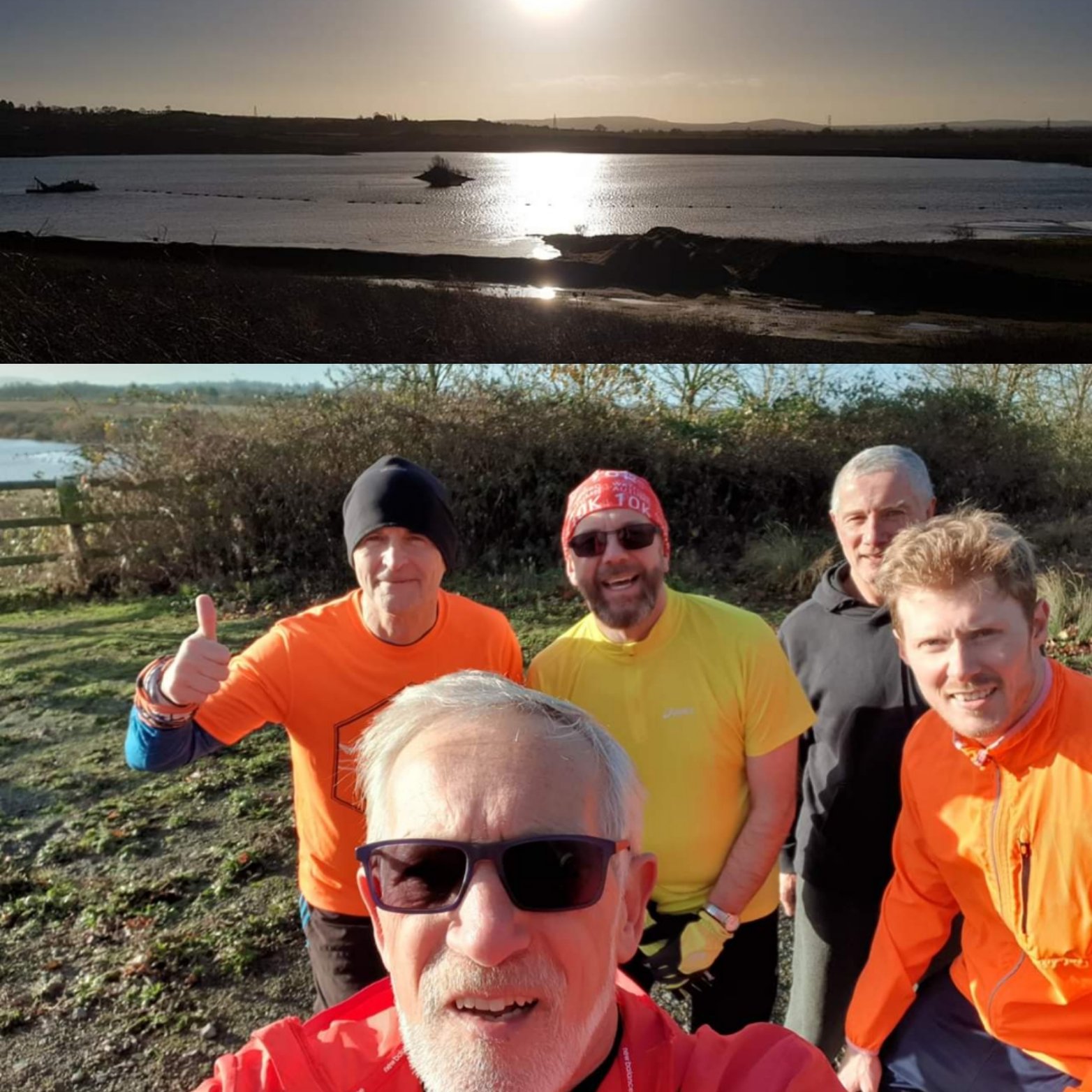 On parkrun day we had runners at Linford Wood, Houghton Hall (where Carrie was 7th lady, 1st in her age category AND ran a PB!), Exmouth, Sixfields Upton and of course Rushmere.  At Rushmere and on his 100th parkrun Andrew came 2nd!  Frustratingly beaten by a first timer! David and Jim fought closely for 6th and 7th just two seconds apart with Gavin coming in 11th and Emily bagging herself a PB!

Saturday saw LFR's annual Santa Dash for local charity KidsOut.  Another fantastic turnout despite the wind and rain, with sweets and smiles galore.  Whilst not a race, I'm sure mini LFR James Parker won't mind us telling you all that he came in first.  Well done, James!  A huge well done to all who took part and a massive thank you to all the LFR volunteers without whom the event would not be possible.  A huge thank you also and well done to Tam and Tracy, the organisers, who put on another fantastic event. And thank you Caroline for the incredible photos.  You can view all photos on the Facebook Event.  Here are a selection... 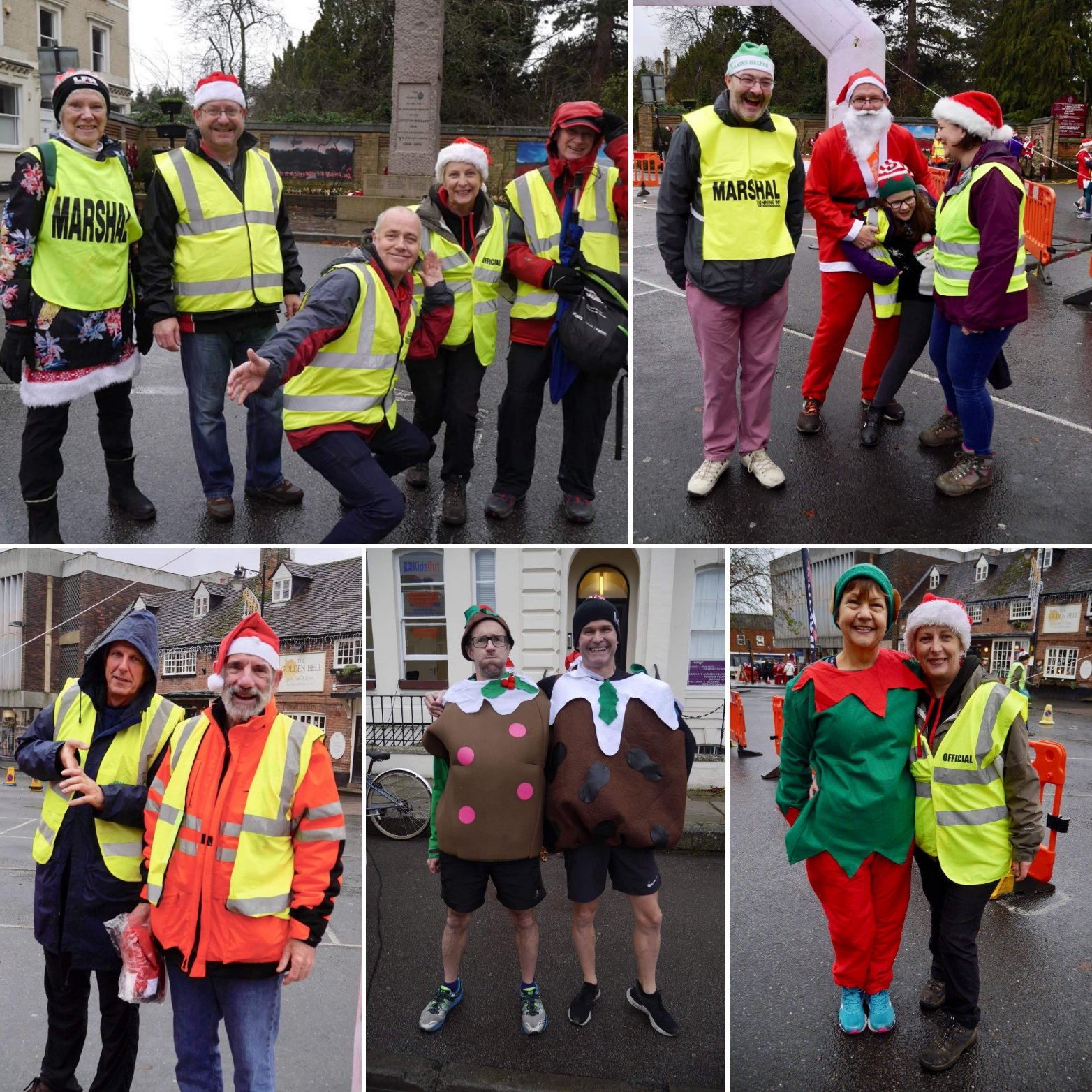 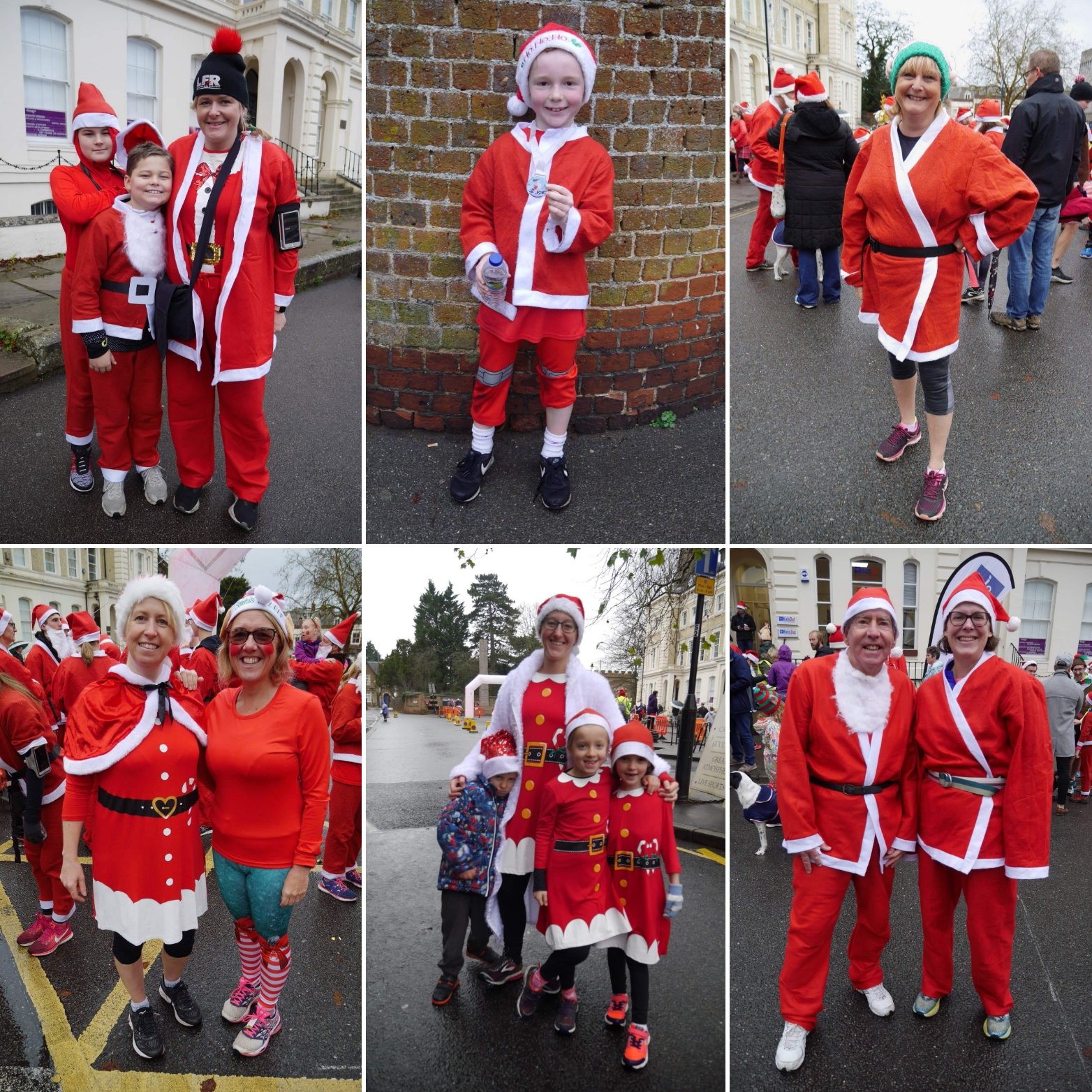 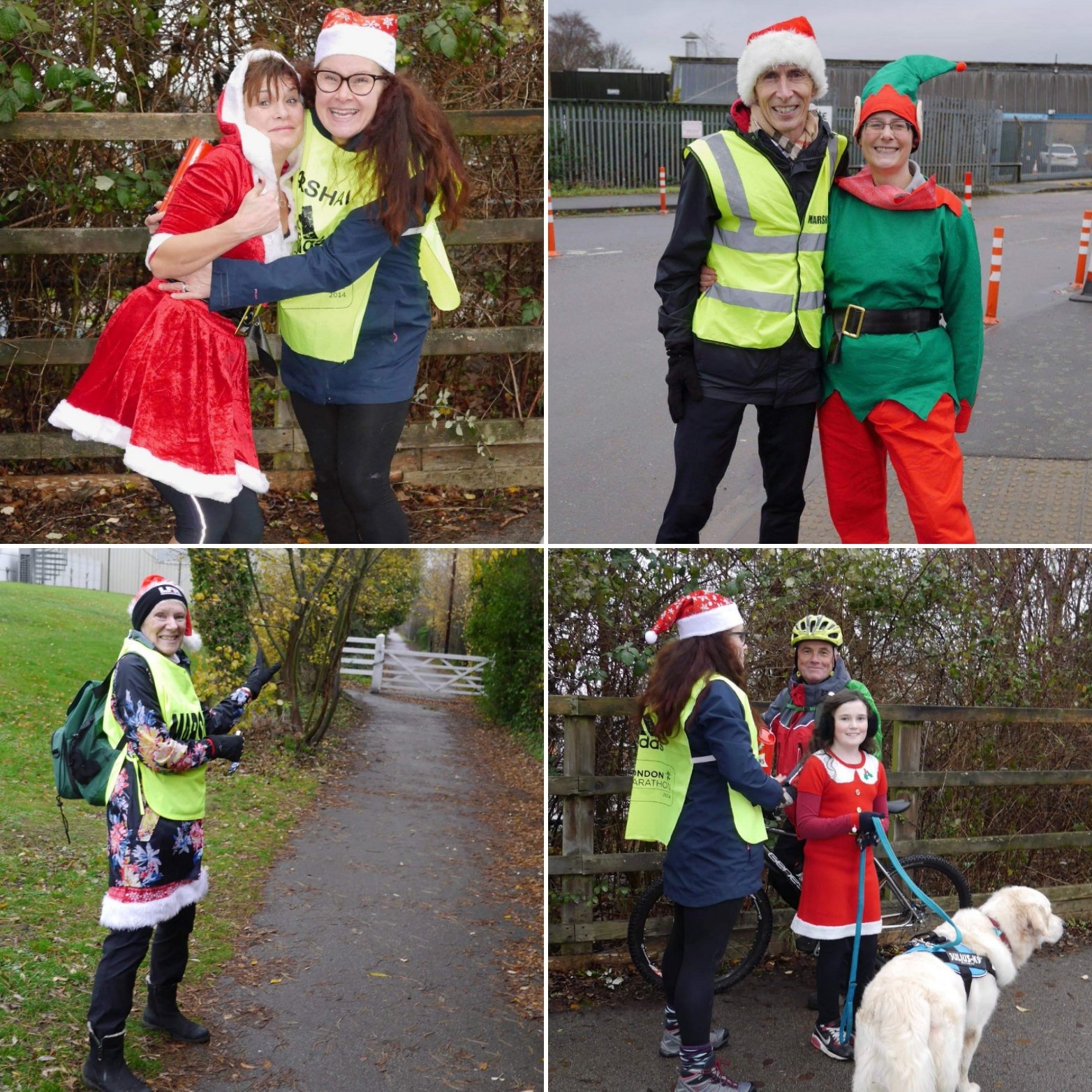 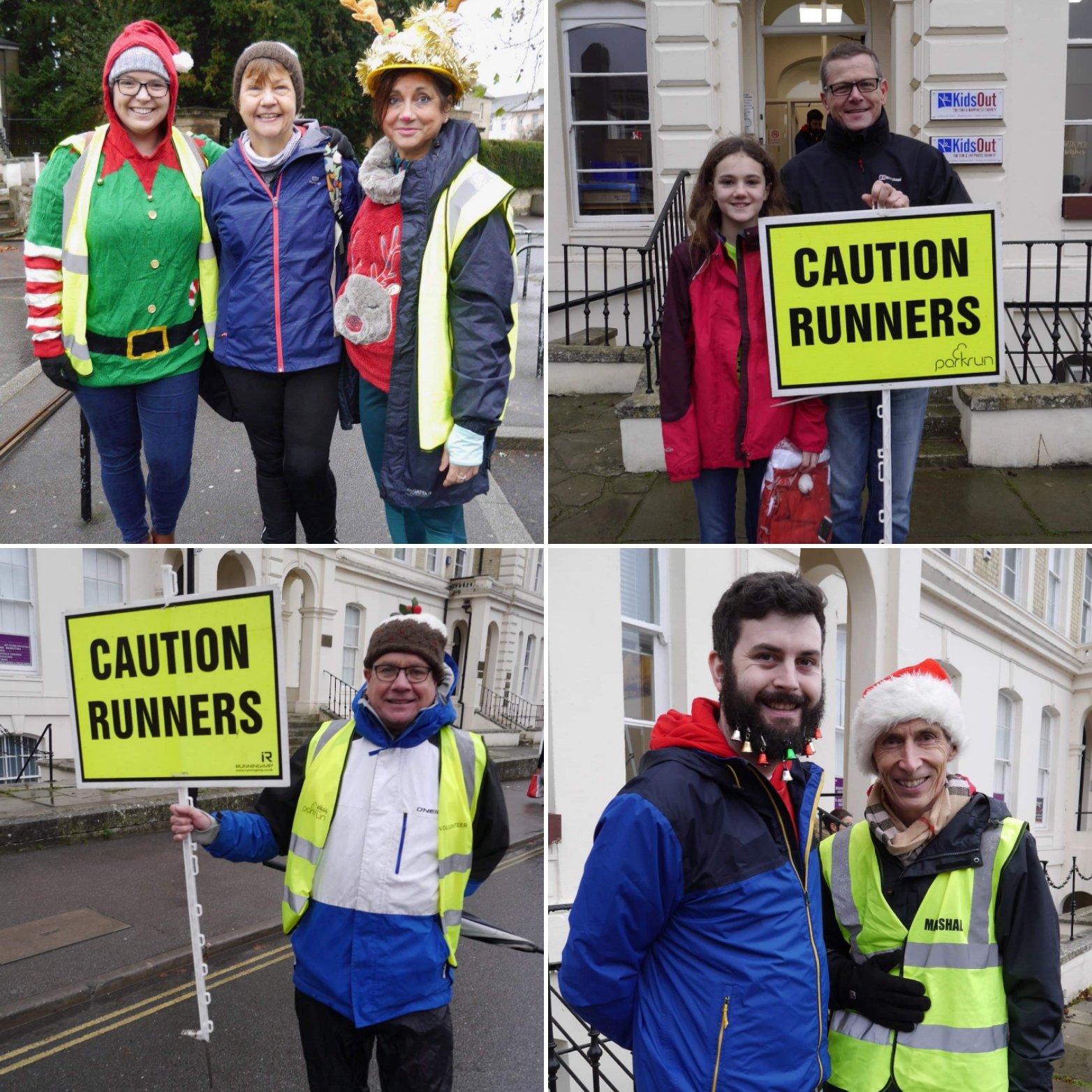 New member Claire was also running a Santa Dash at the weekend.  This one was in Marlow on Sunday.  Claire was getting her first ever running medal!  Well done, Claire!  At the Bedford Half on Sunday we had some fantastic performances from Martin, Chris and Caroline - who ran a smashing new PB. Was this your last half marathon of the year, Caroline?  For those who don't know, Caroline has run a half marathon every month this year!  And to finish off with a PB...superb! 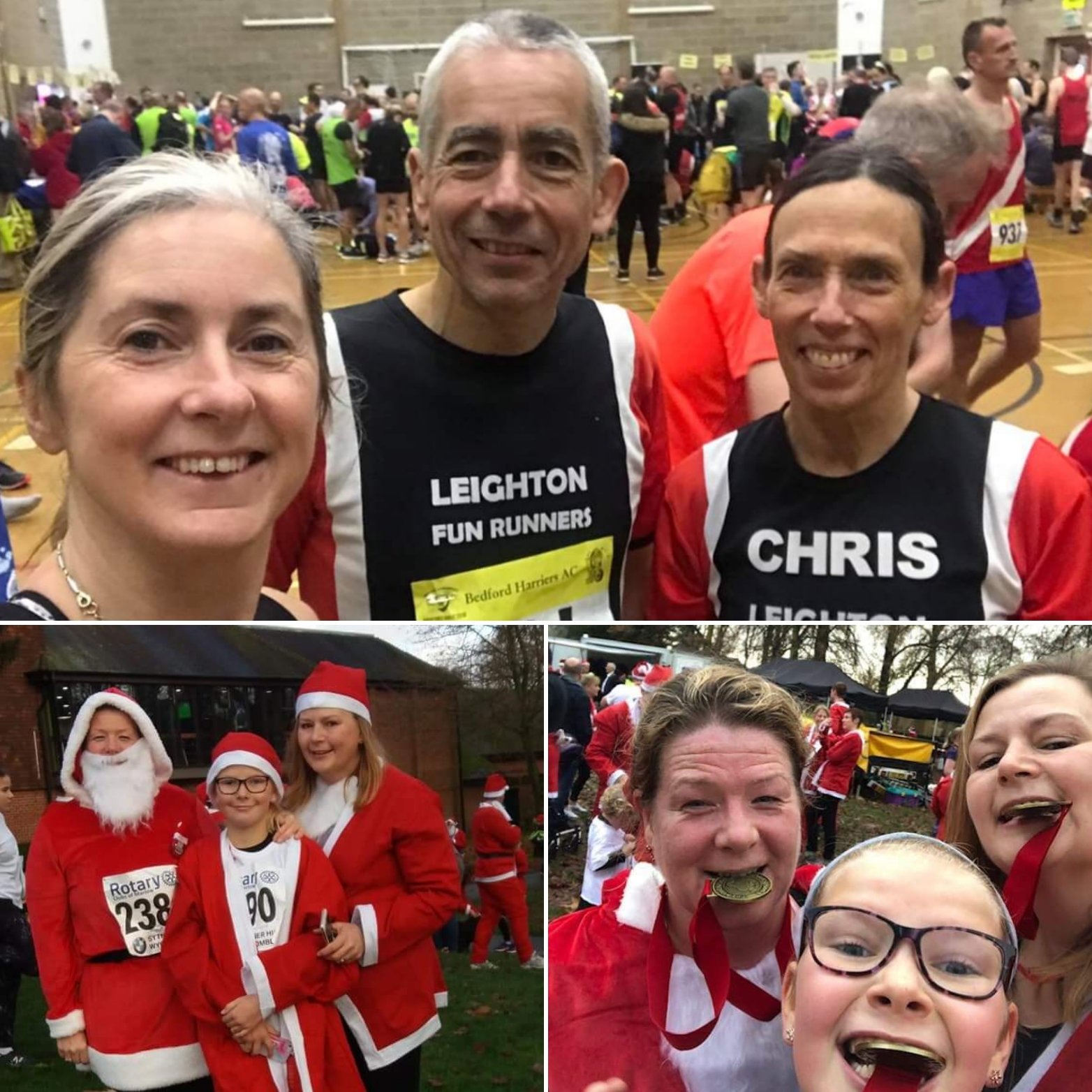 Also running at the weekend was Colin who smashed out a marathon PB of 3.22 at the Nottingham Christmas Marathon.  He was spotted dancing the night away on Saturday night following this marathon effort  - clearly he had more in his legs...!  Excellent work, Colin!

And finally, the weekend saw Rob, Paul D, Mark, and Paul L take on the brutal Jurassic Coast Ultra.  34 Miles.  6000ft of climbing.  Trails.  The boys completed what is already an epic challenge, but in never-ending 50mph winds and horizontal rain.  Incredible.  They did it.  They survived.  Heroes.  Give them a huge pat on the back when you see them next - perhaps not too hard though, they may still be a little sore... 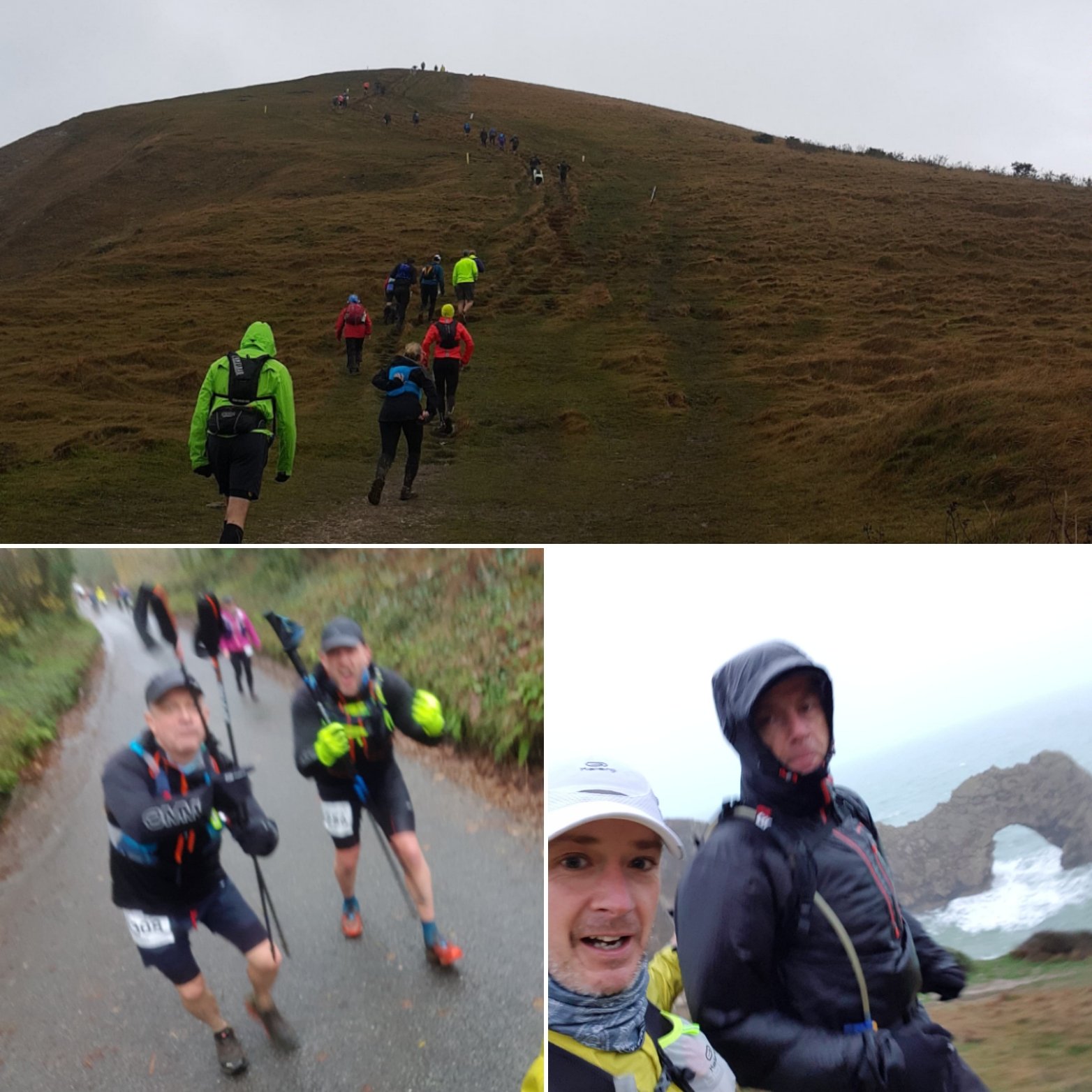 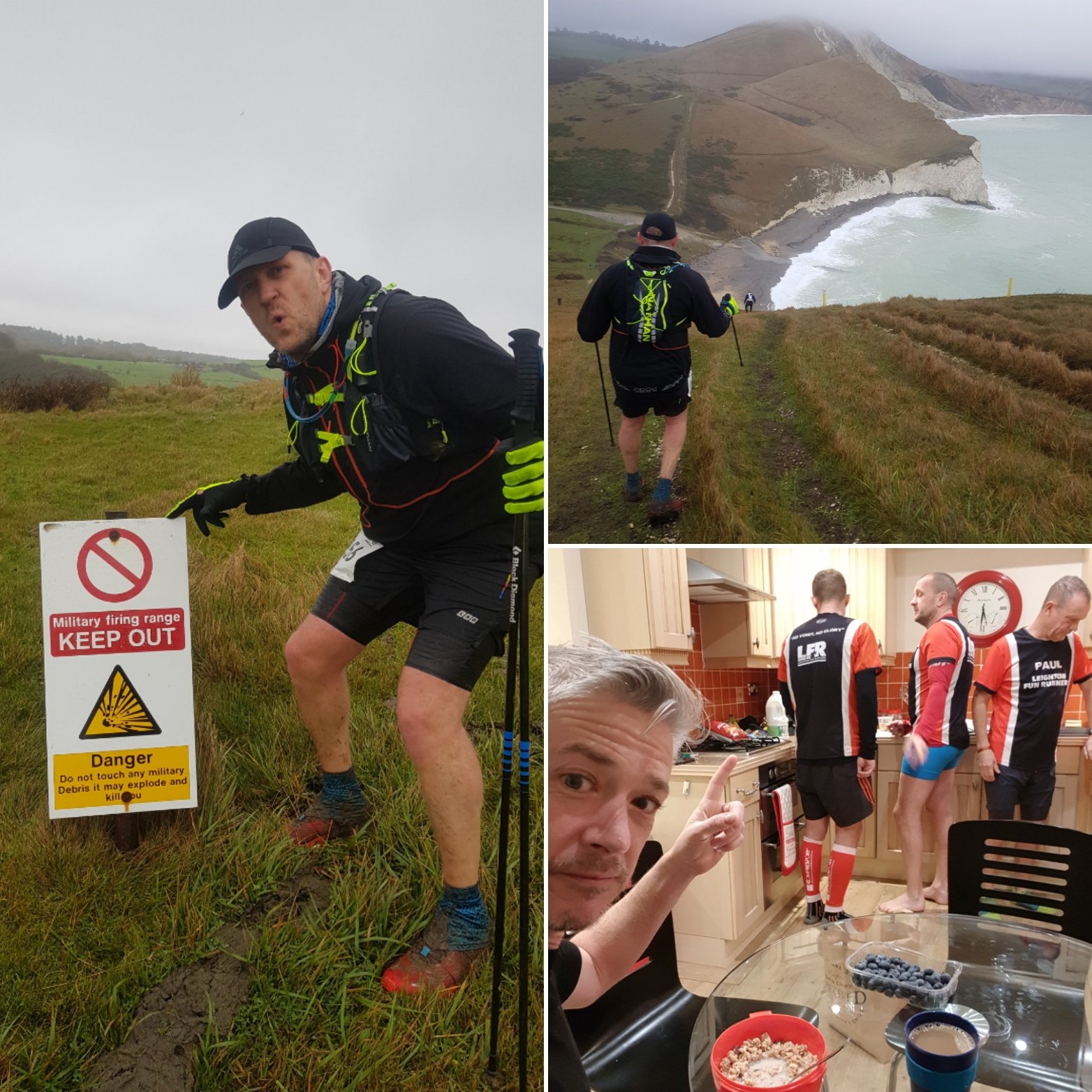 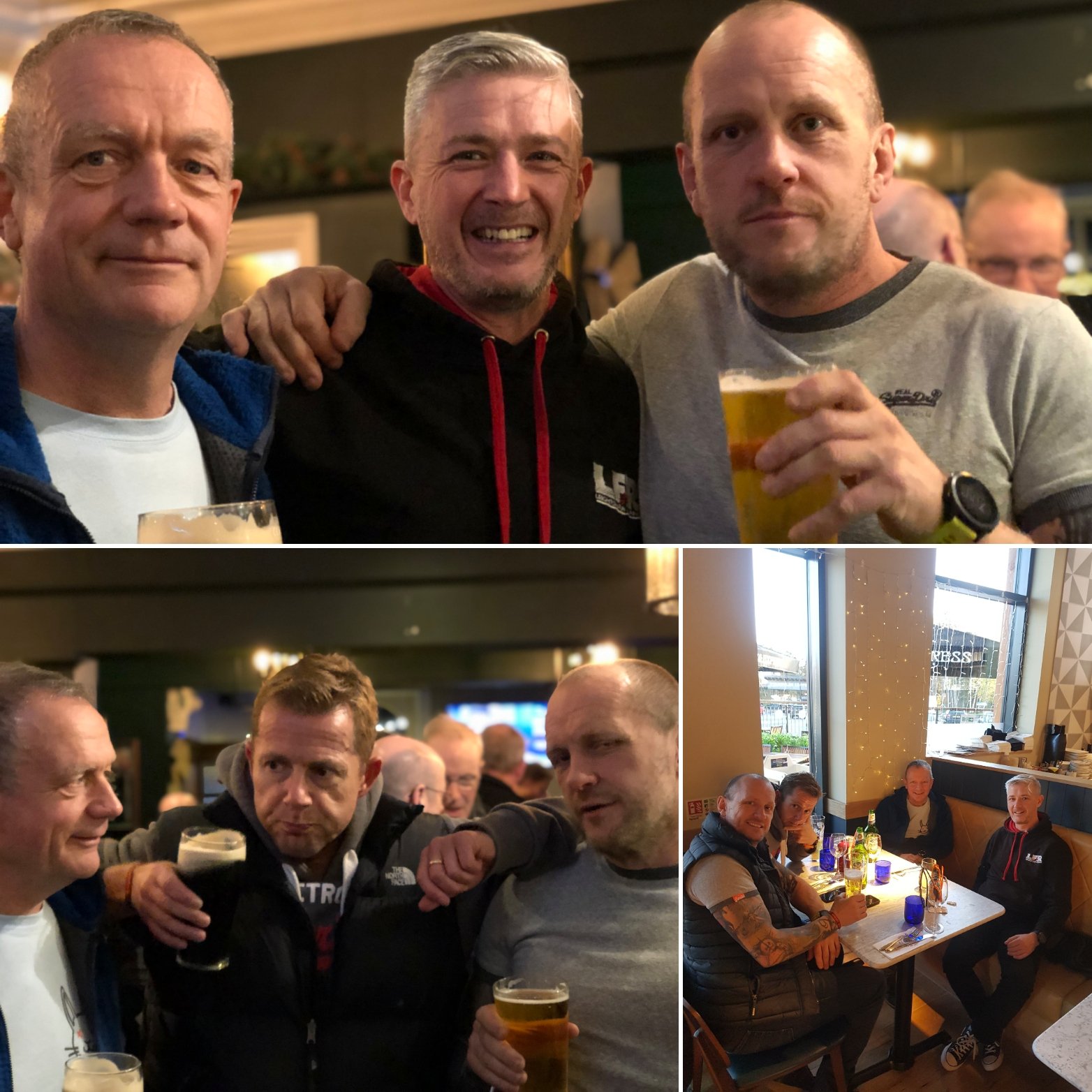 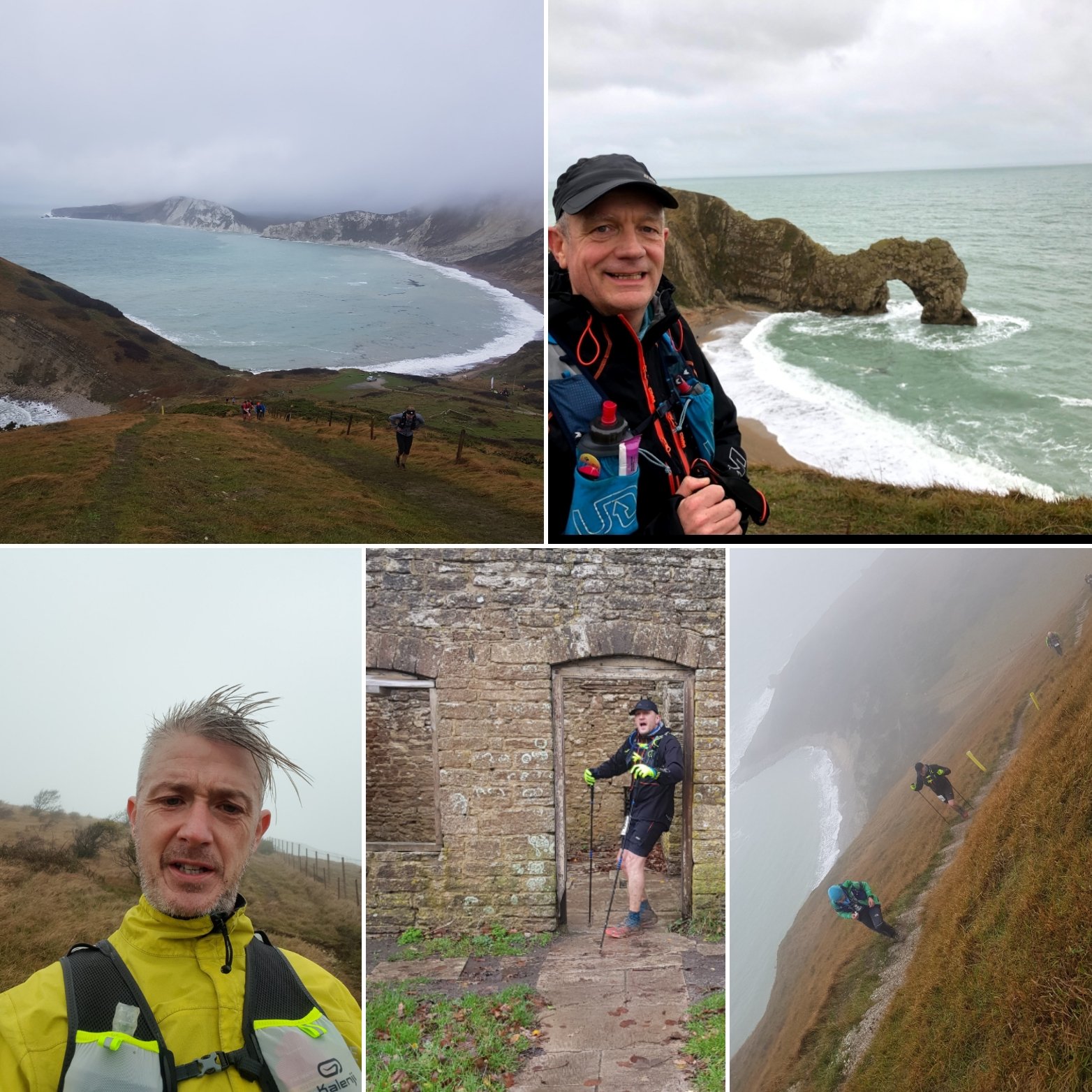 That's all for this week.  Happy Running, LFR!