Posted on 23rd December 2018 Categories: Latest News Comments are off for this post 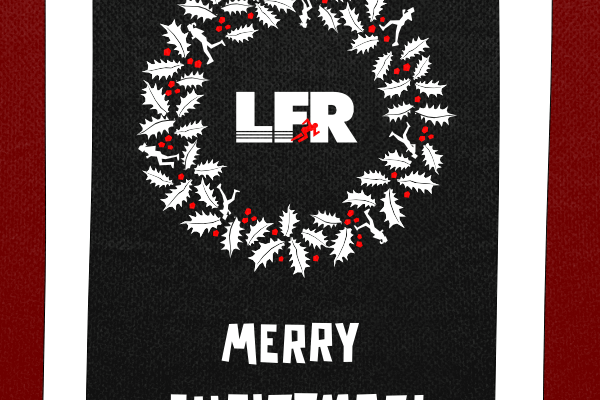 ....almost Christmas.  The annual LFR Christmas Quiz Run fell on Tuesday...as did the rain.  Still 28 runners came out to pair up and head out to answer the questions!  We had a tie breaker for the win between Matt and Ash and Dave and Kevin. Matt and Ash came out on top!  Coming in last place and getting a wooden spoon and a 2018 LFR Calendar signed by the Captain were Kelly and Laura....I want those prizes. A big thank you to all those who took part and all the organisers and markers.  Another great quiz run! 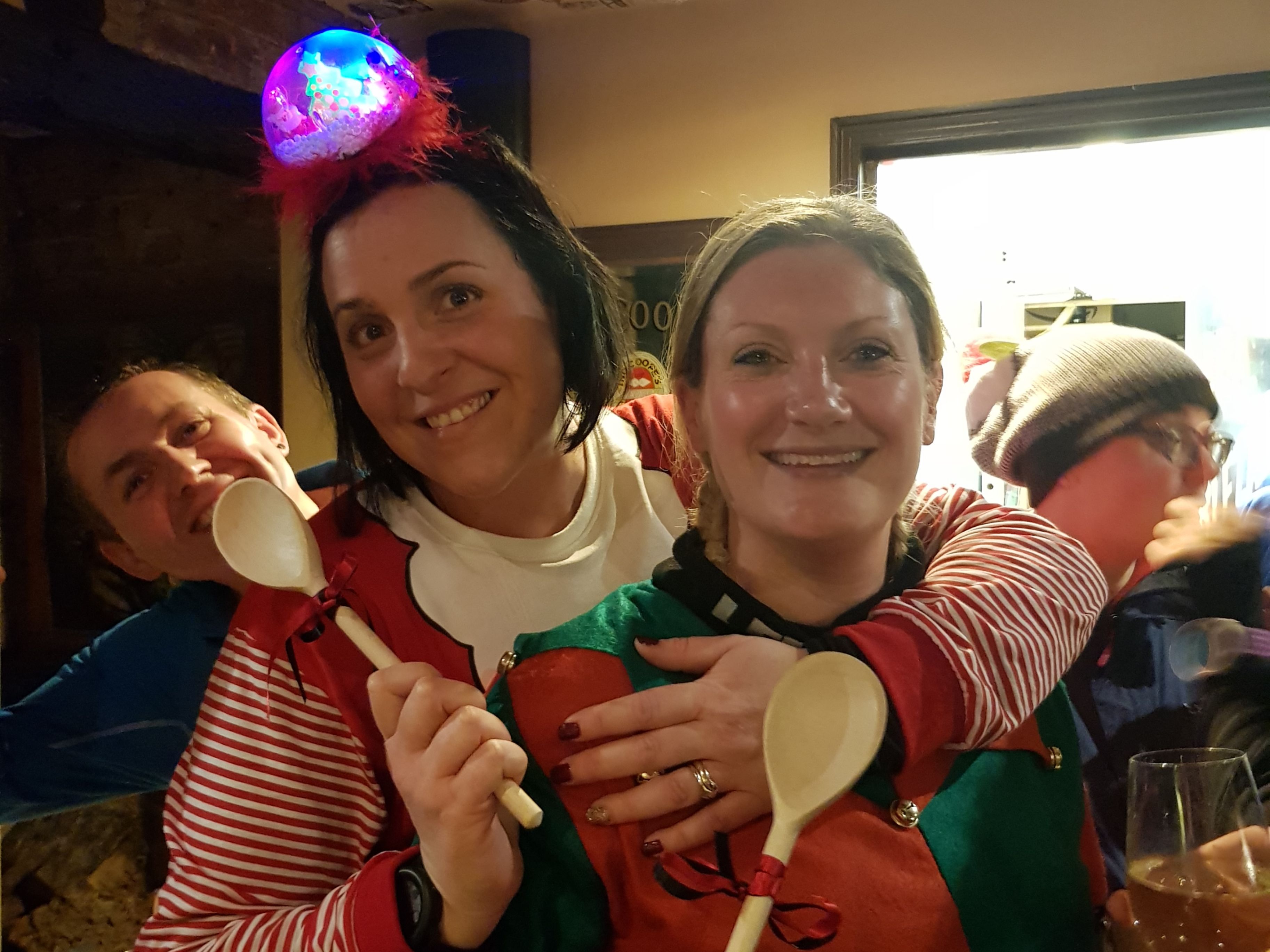 Mistress Janice was in charge of the Festive Fartlek on Wednesday with the runners showing us all how we should be dressed in the dark.  Just check out their awesome reflective gear.

Andy led the Improvers for some hill reps on Thursday where he rewarded everyone with  mulled wine and mince pies. 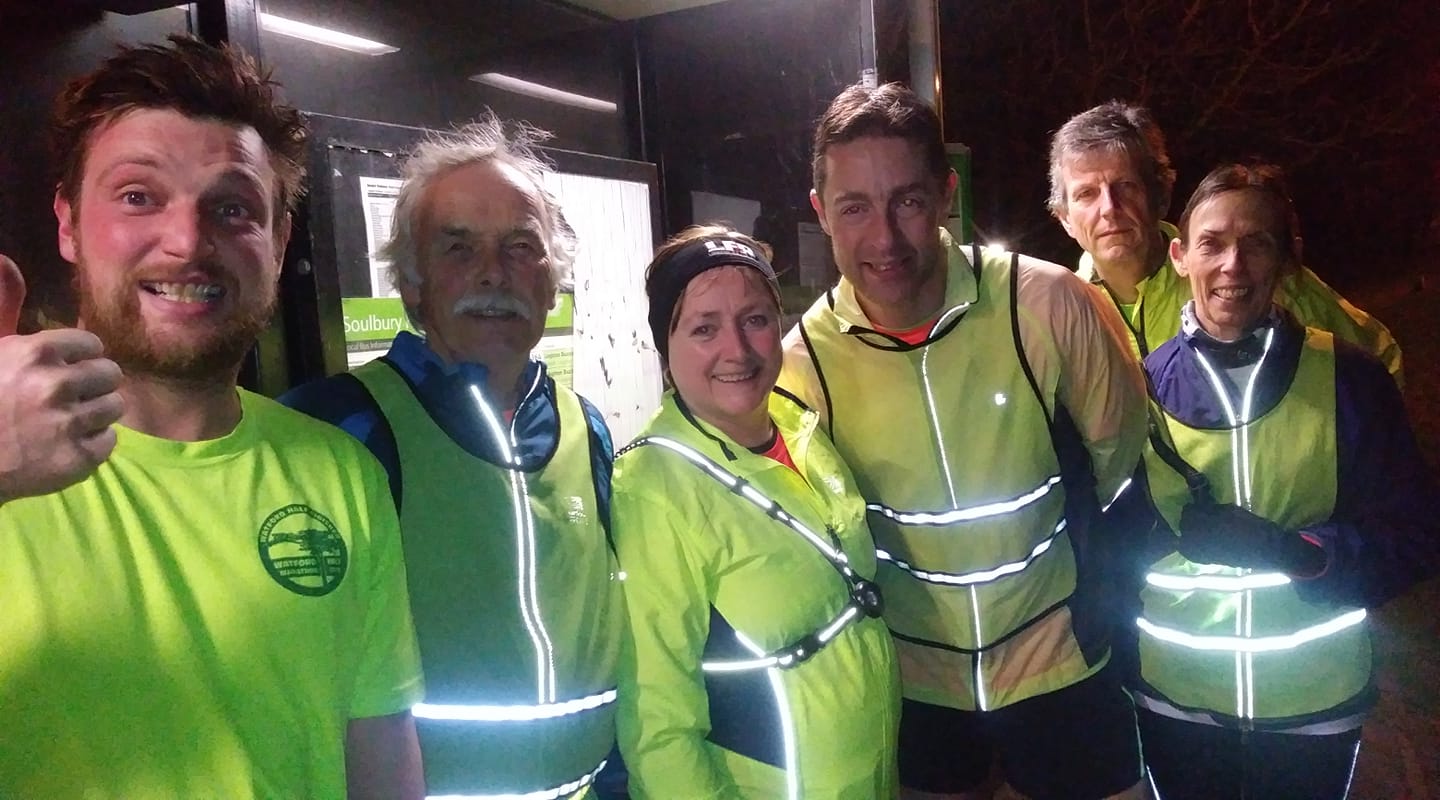 And Alan was leading the Friday Morning Run, finishing off with a cuppa in the Picture House. 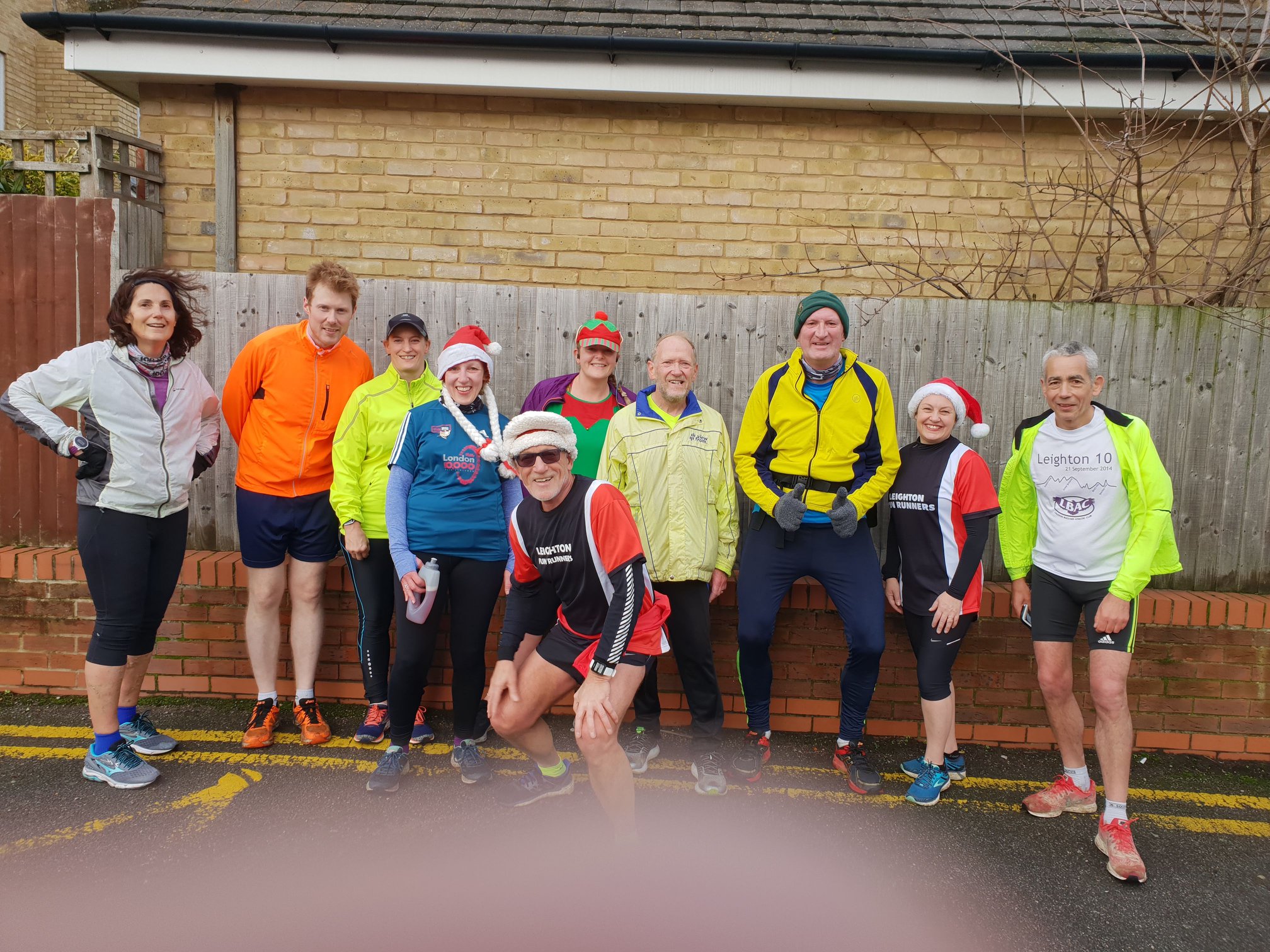 On parkrun day, we had runners at Milton Keynes, Linford Wood, Houghton Hall, Exmouth and a massive 35 LFRs at Rushmere.  At Rushmere: Chris ran himself a brilliant 40 second parkrun PB; Paul was running his 50th parkrun; and former LFR Grace returned to Rushmere to run a new Rushmere PB!

Out running this weekend was Andrew and family at the nice and muddy Hastings Christmas Pudding Dash.... 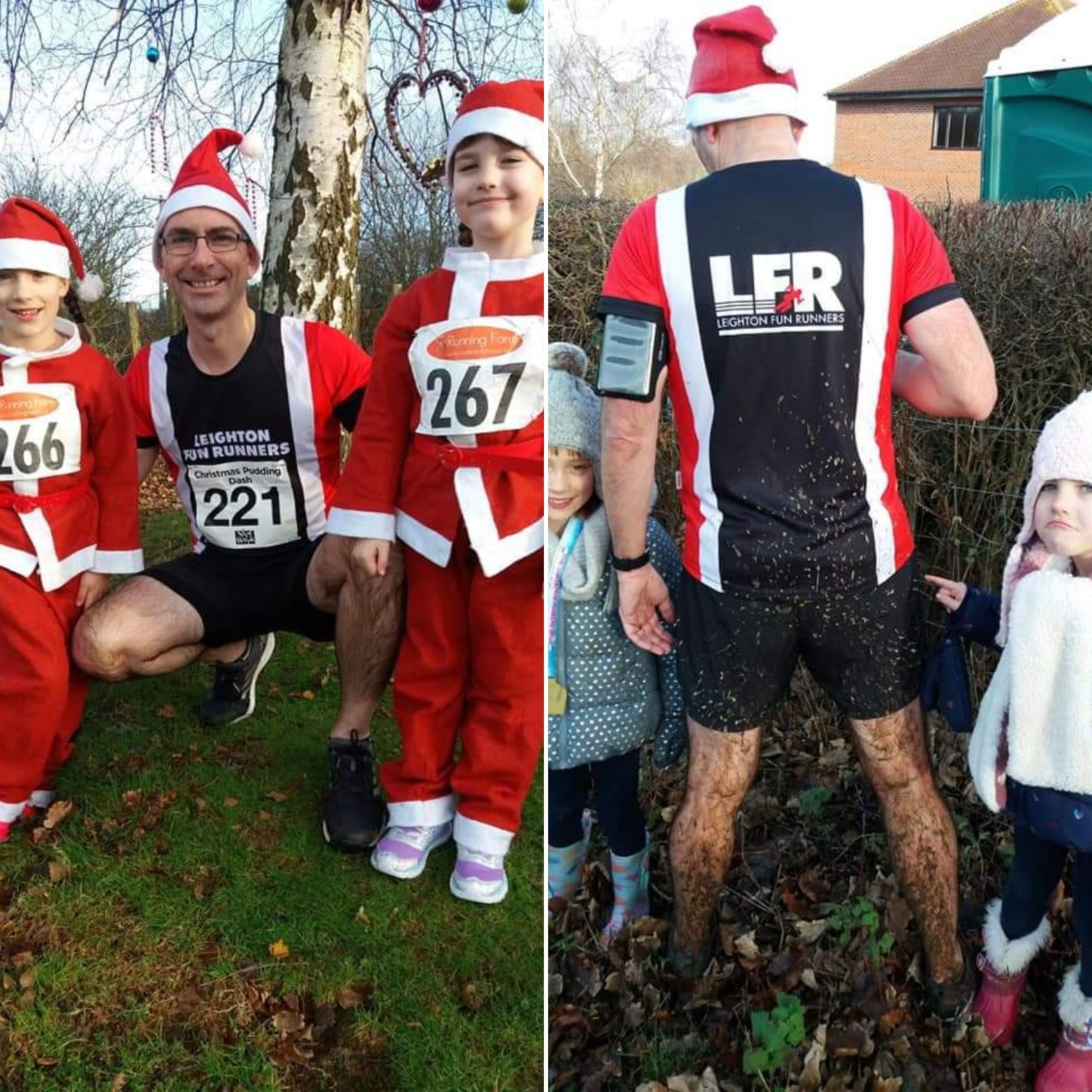 And that's it for this week!  We had lots of runners and riders out in the rain and mud all week and weekend, including these mad four who went out on a sunset mountain bike ride in the rain this evening.... 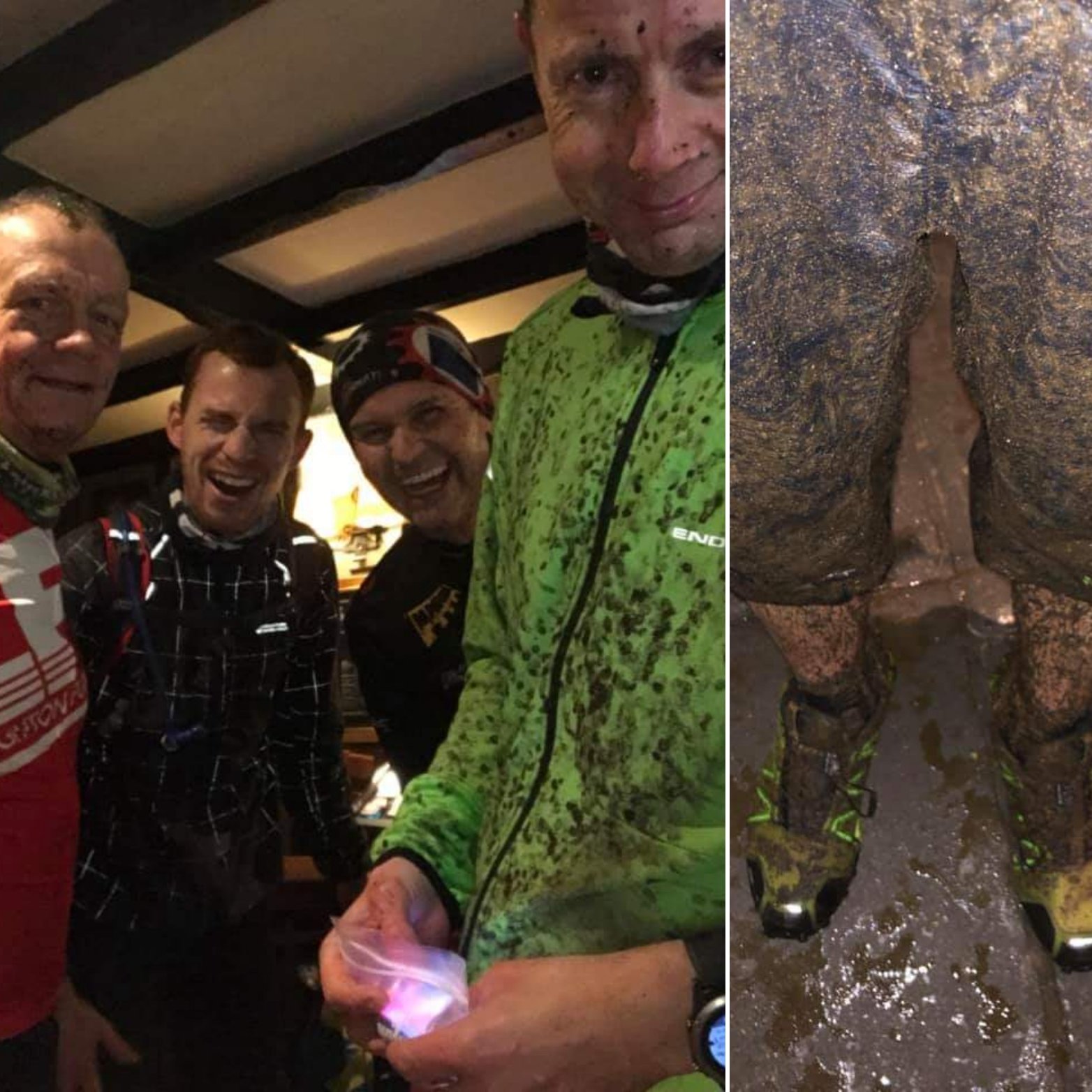 Just look at that mud!