Posted on 16th July 2018 Categories: Latest News Comments are off for this post 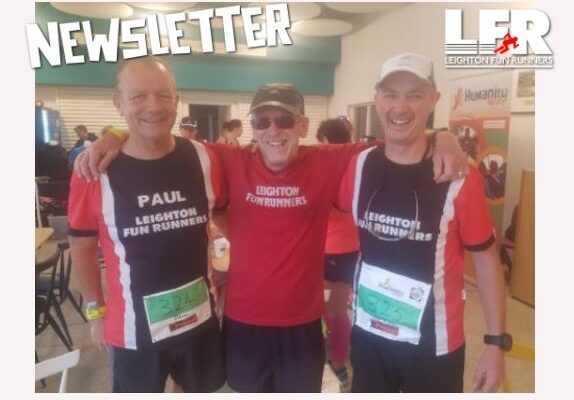 Tuesday’s club run this week was the Out and Back route to the Star. James was super excited this week making it to The Star this time! Janice was the Fartlek Fun Giver on Wednesday with another brutal route for those not interested in the football (it didn’t come home). James was still excited on Thursday leading the Improvers for some Bragenham Lane Hill Repeats – he’s found his new favourite hill workout! And Alan was leading the Friday morning crew on a glorious run around Linslade.

The weekend came as did parkrun day where we had runners at Rushmere, Luton Wardown, Houghton Hall, Bryn Bach, Holkham, Exmouth and Tring – where TC was completing her 200th parkrun! At Rushmere we had PBs AGAIN from Gavin and Samantha and Neil completing his 50th parkrun on his birthday – double cake!

The weekend was another scorcher and possibly the hottest so far. This did not stop LFR, however, and we had members taking on some of the most brutal challenges all weekend…

Jo and the Three Pauls were taking on the Chiltern Ultra. 50K of hills, fields and heat. Brilliant efforts. JK was also there of course acting as sweeper. His quote on the day: “easy really.” #alwaysalegend

Not content with just one run over the weekend, one of the Pauls was also out running on Sunday at the London 10K. He’s always running, that man.

Wes managed to find some shade at the Sharkrun Marathon adding another marathon to her ever growing total and receiving a fantastic medal.

The LFR Ladies were out in force at the Women’s Running 5K and 10K at Willen Lake – great efforts from Jenny, Jane, Julie, Kirsty, Sandra, Barbara, Kim, Felicity and Ruth.

The Fairlands Valley Challenge had LFRs taking on the various distances. Gill, Chris and Jen completed the half marathon, James the 18 miles (which in fact was 19.6), and Glyn, taking a break from Wainwright bagging, completed another marathon – since December 2007 Glyn has run over 9000 miles in marathons and ultras. Madness!

We also had runners just running and cyclists just cycling – with four LFRs cycling 100 miles just for the hell of it and Claire getting into trouble with three dogs and her bike! Well done everyone for getting out this weekend! 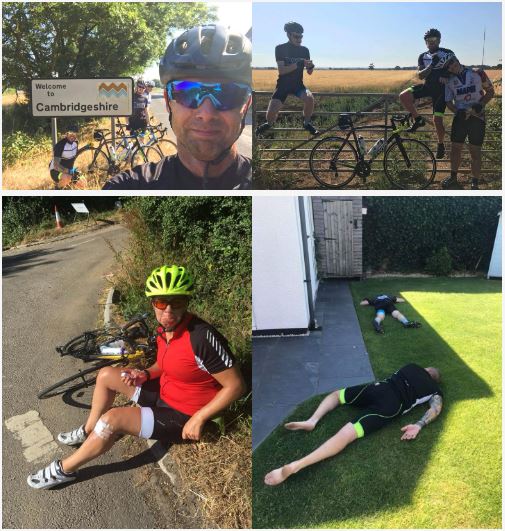 And finally…this weekend was all about a particular multisport event…IRONMAN UK! For those who may not be aware, an Ironman is a full distance triathlon comprising of a 2.4 mile swim, a 112mile cyle, and a 26.2 mile run. Yes after all that swimming and cycling, you have to run a marathon! Swim. Bike. Run. The cut off time for these events is usually 17 hours. Marianne, Verity and Ian all LFR members took on this incredible challenge. They are also members of the Leighton Buzzard Triathlon Club where 16 other LB Tri members also took on the Bolton beast. 19 of them all became Ironmen yesterday with some completing the distance for the very first time. It is truly an awe-inspiring achievement. Well done, friends. Superb.