Posted on 23rd July 2018 Categories: Latest News Comments are off for this post 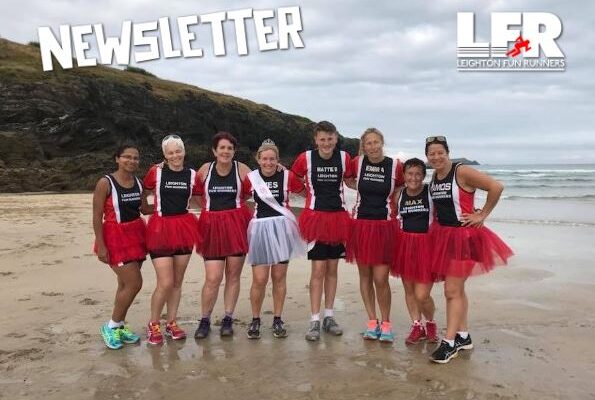 We had another summer trail run on Tuesday, this time at Mentmore.   There was no rain this year, but we had the usual inclusion of cows – both exciting and terrifying.  The pub was shut unfortunately, but an LFR catchup and drinks were had on the green.

Vicky had the pleasure of inflicting the Fartlek pain on Wednesday where they met fireman and even had a flyover, just for the run.  Great organisation, Vicky.  Andy was in charge of the Improvers on Thursday for a workout in the park and Karen led another lovely, social, sunny Friday morning run.

There was some midweek racing this week with Team LFR at the Waddensdon Manor 5K on Wednesday evening and the LFR boys at the Beds AAA 10K Road Race on Friday where Matt and Will bagged themselves 10K PBs as did Captain Dan with his first ever sub 40 10K!  Great work, guys!  Have a read of Captain Dan’s blog on the AAA 10K here: Beds AAA10K by Captain Dan 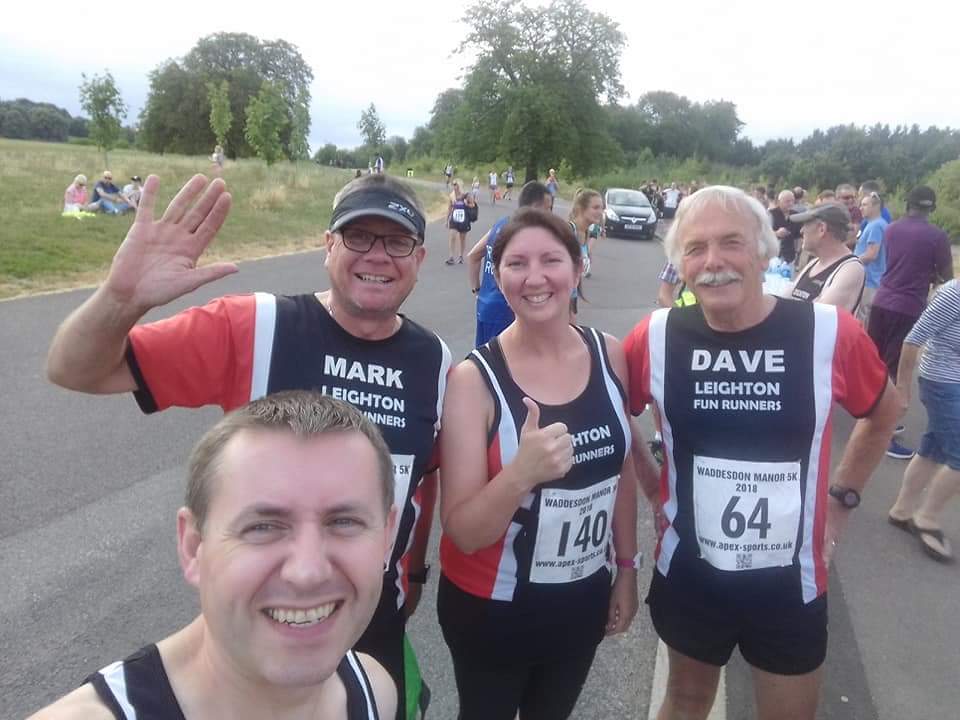 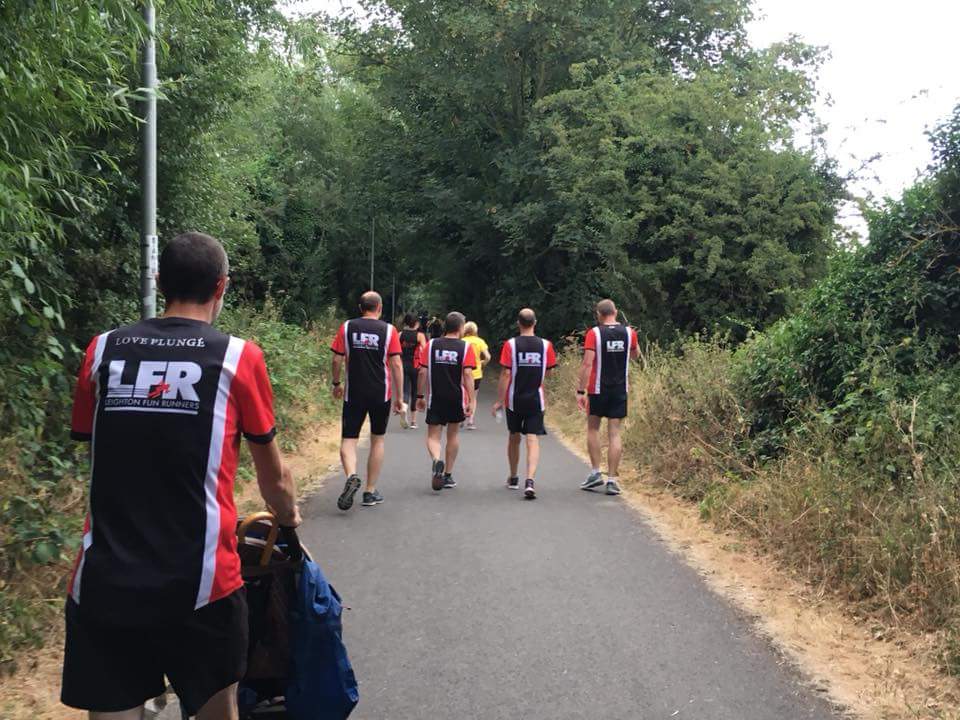 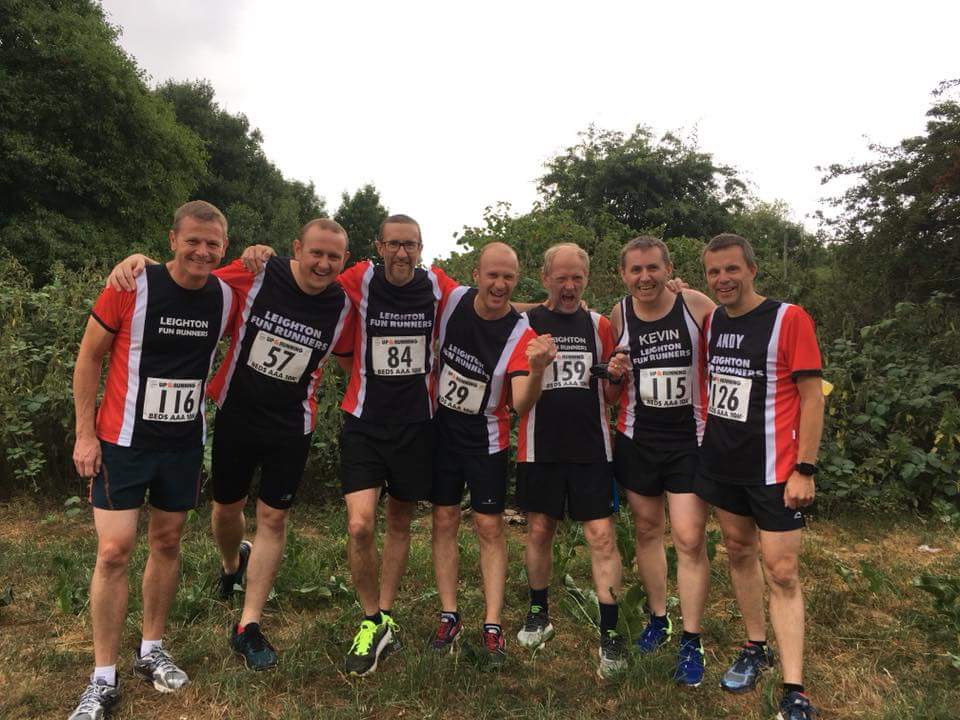 Before the weekend began, Sparky was completing marathon #44 at the Space Race Marathon. 44 Marathons!  More marathon madness came over the weekend from mother-daughter duo, Steph and Annis at the SVN Punk Run Marathon with Steph reliving her youth. 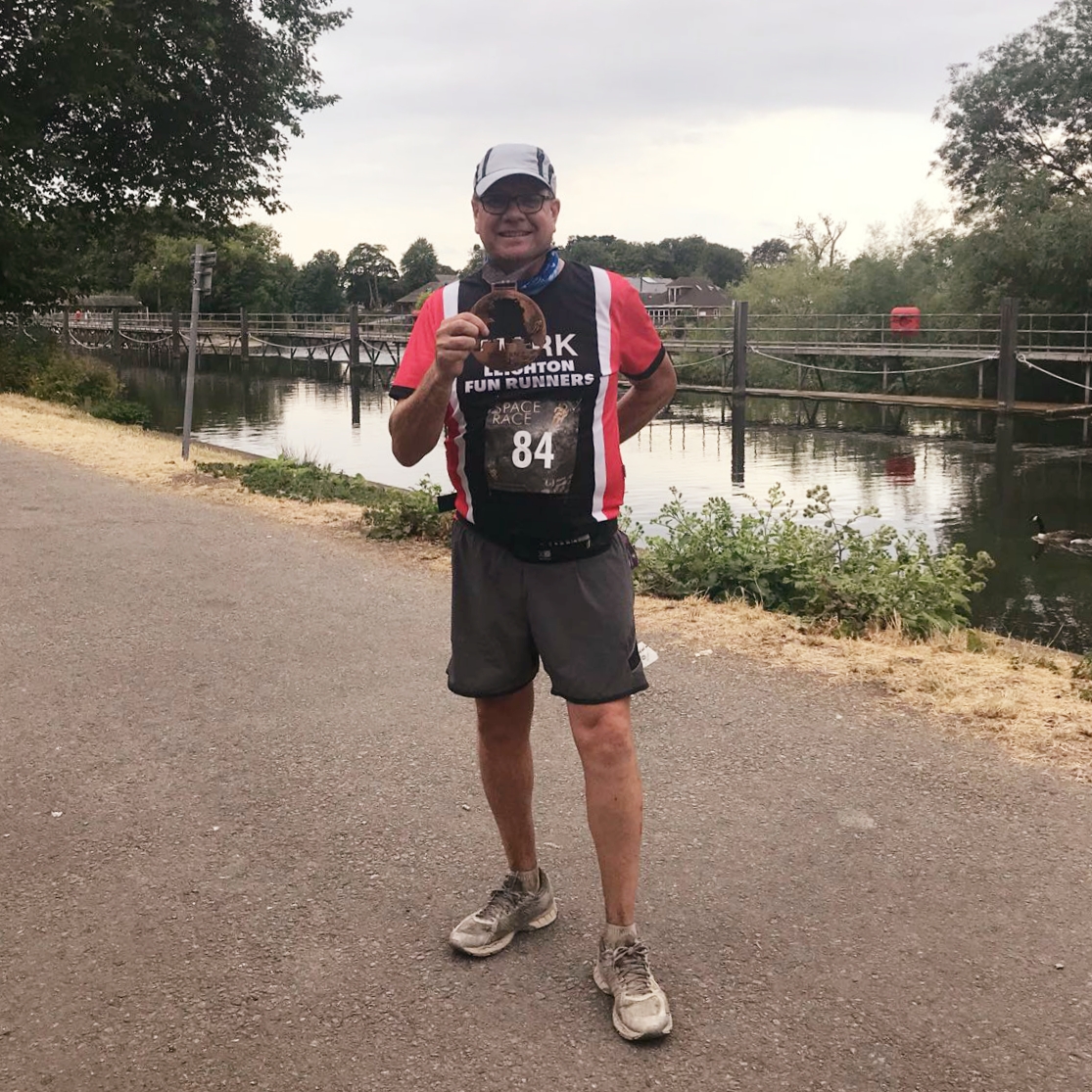 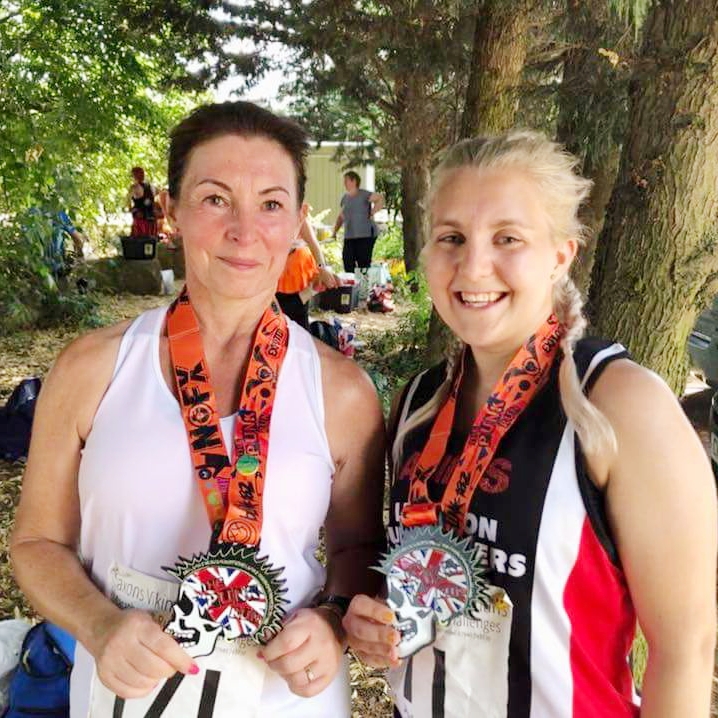 On parkrun day, we had runners at Gunnersbury, Houghton Hall, Gadebridge, Bryn Bach, Brandon Country, Tring and Rushmere.  At Rushmere, Peter got himself in the top 10 with a new PB and Sam was fourth lady with ANOTHER new PB. She gets faster every week!

Lindsey and Elle were flying the LFR flag at the beautiful and scenic Down Tow Up Flow Half Marathon from Windsor to Marlow. 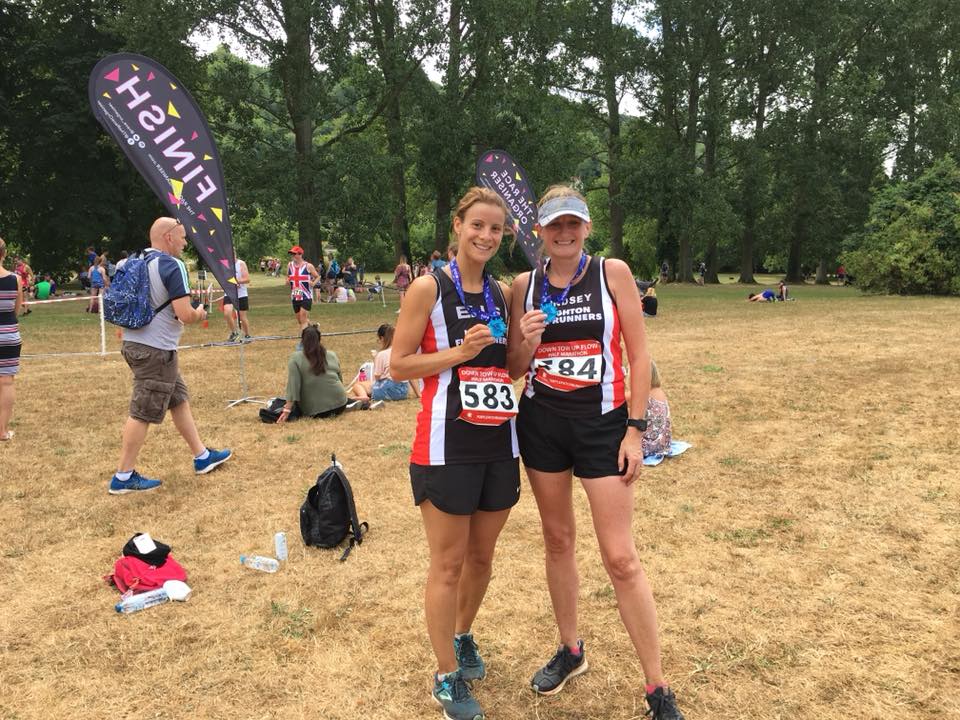 Glyn was back Wainwright bagging this week and some more walking LFRs, Anna, Caroline, Rupa and friends took on the Yorkshire Three Peaks! 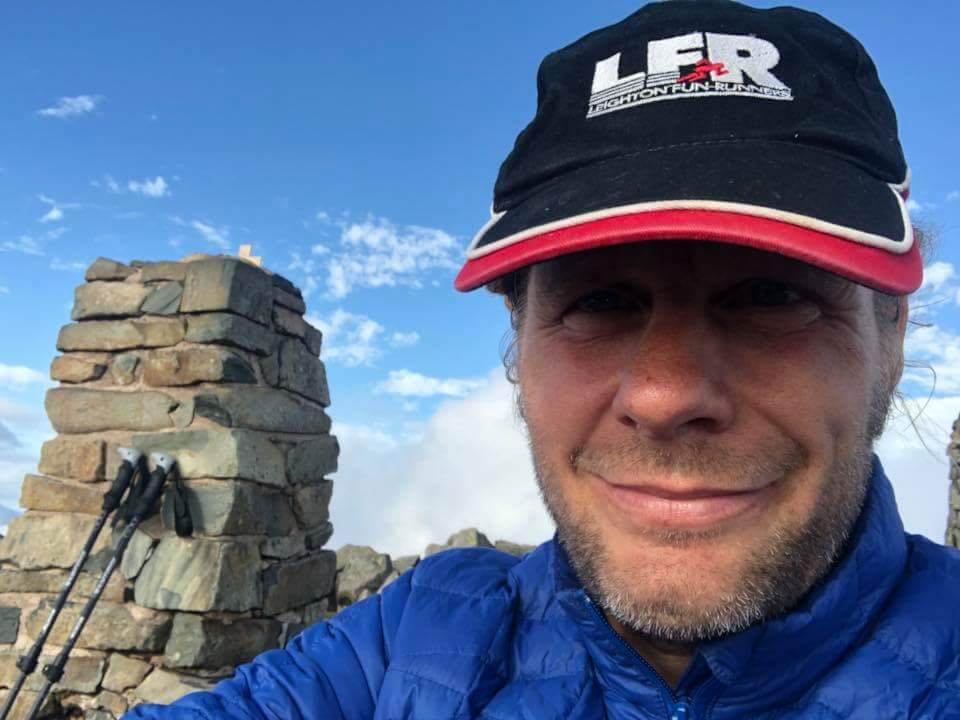 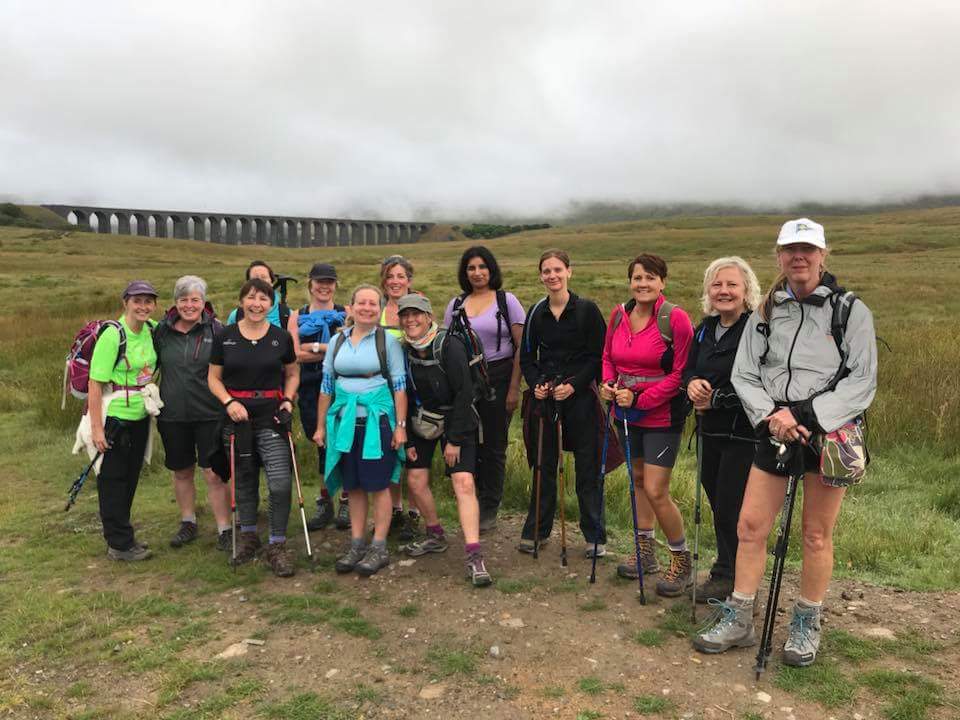 This week’s multisport event was the Henley Club to Pub swim with Will and James swimming through the Thames to get a beer at the end. 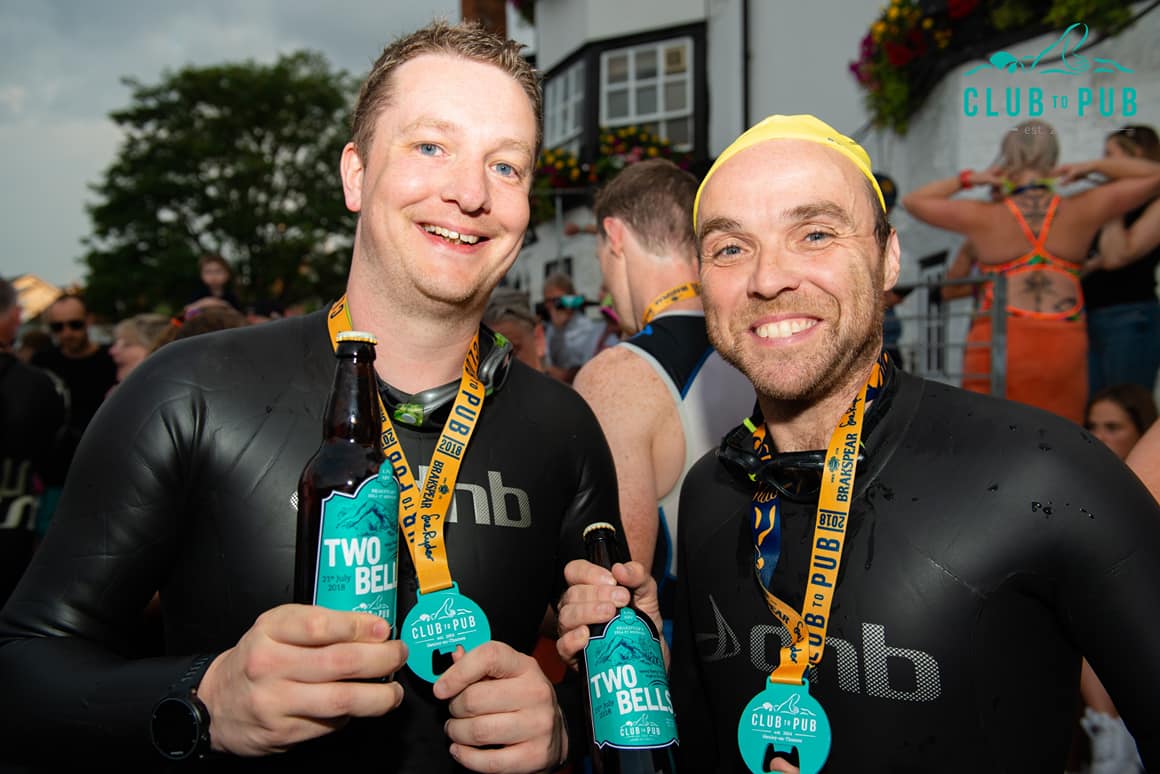 Team LFR were on tour all over at the weekend with LFR represented at Man v Lakes.  31 miles of brutal terrain and even some open water swimming. Superb. 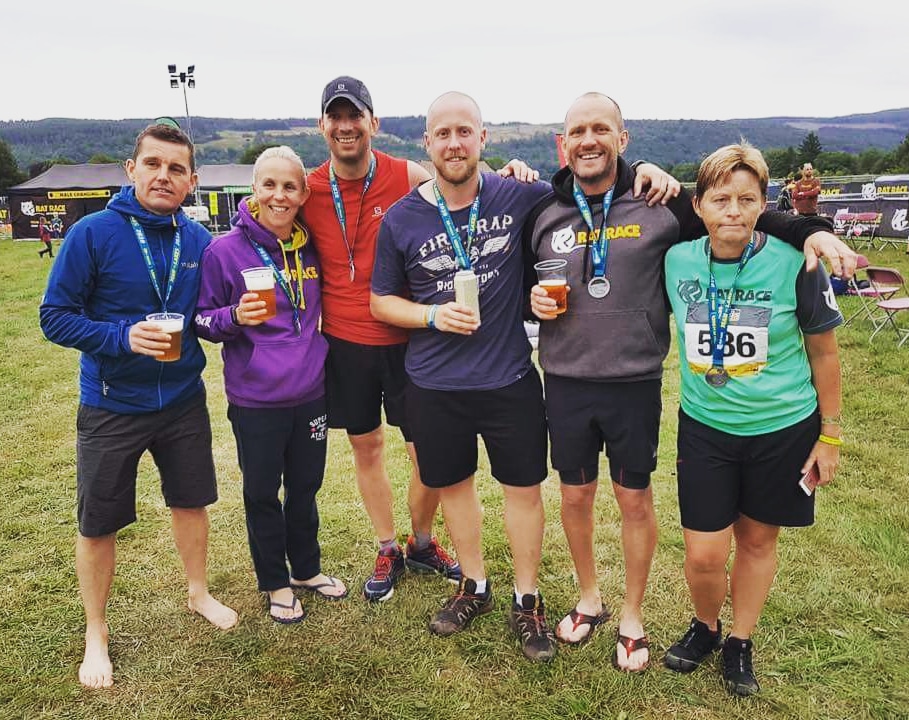 And of course it was LFR’s annual adventure to the Conti 24 Hour Thunder Run this weekend! We had two teams of eight – LFR Scrambled Eggs and LFR Scrambled Heads. 10K legs over the 24 hours. Incredible work teams! Keep an eye on the comms for the 2019 Conti entries.  They go on sale in October! 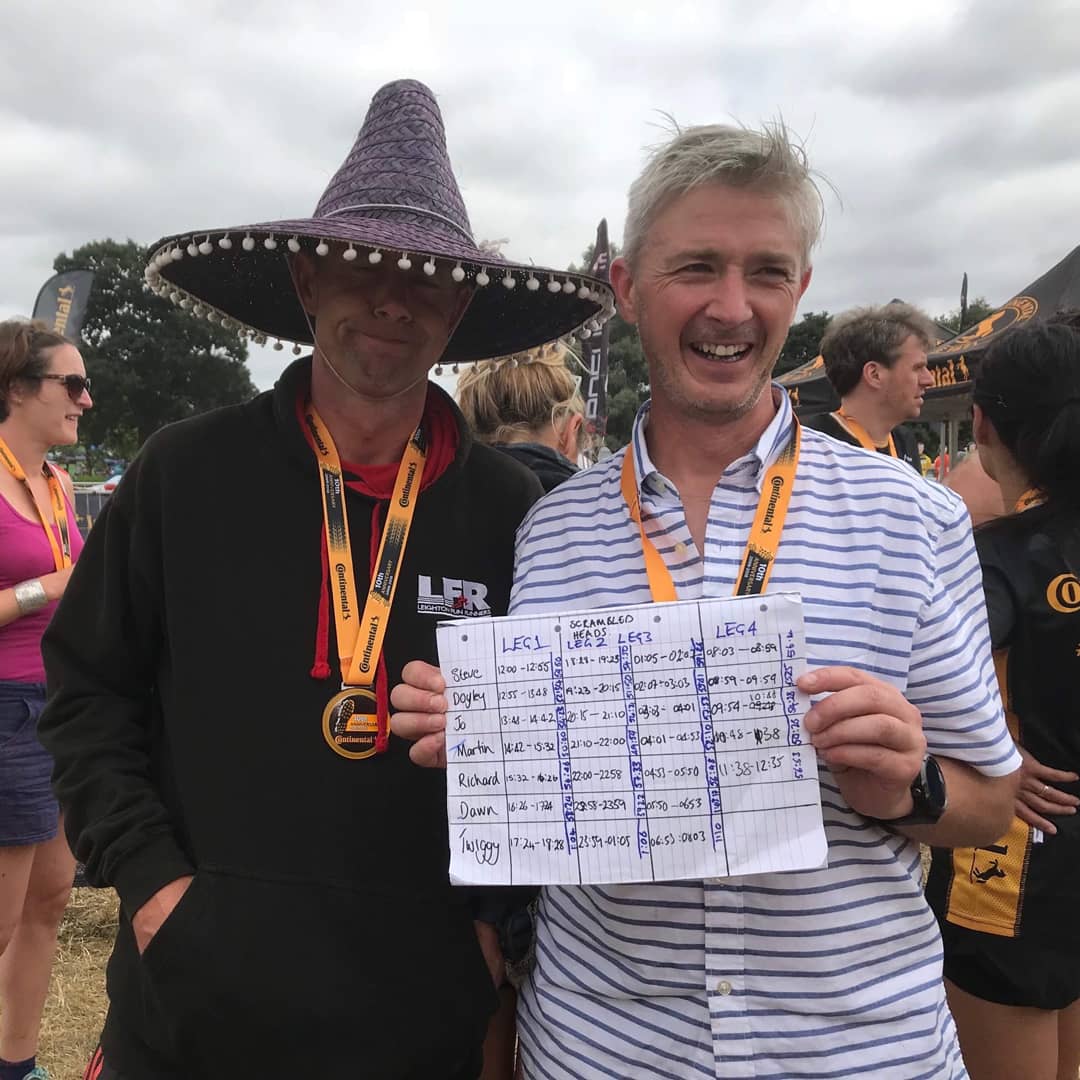 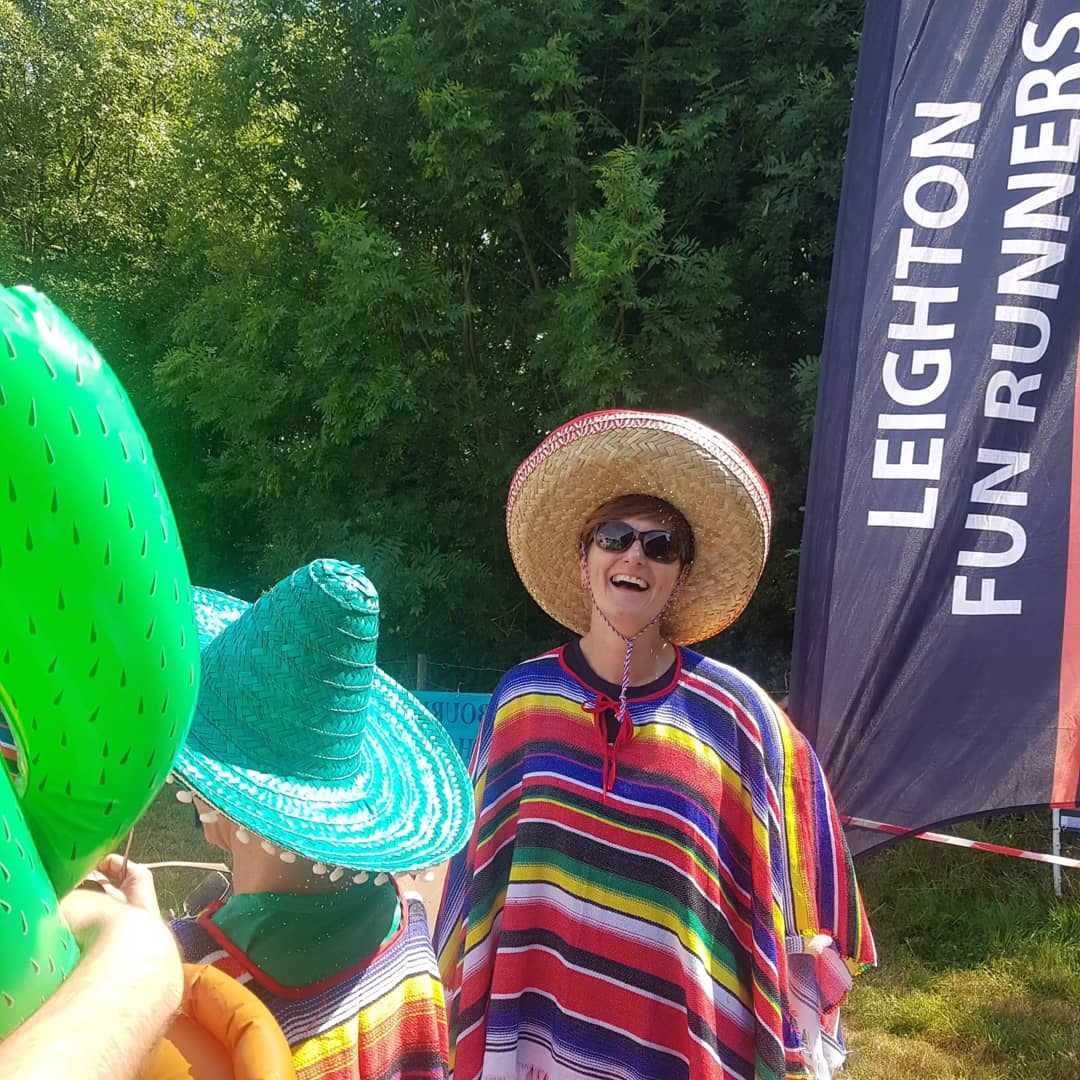 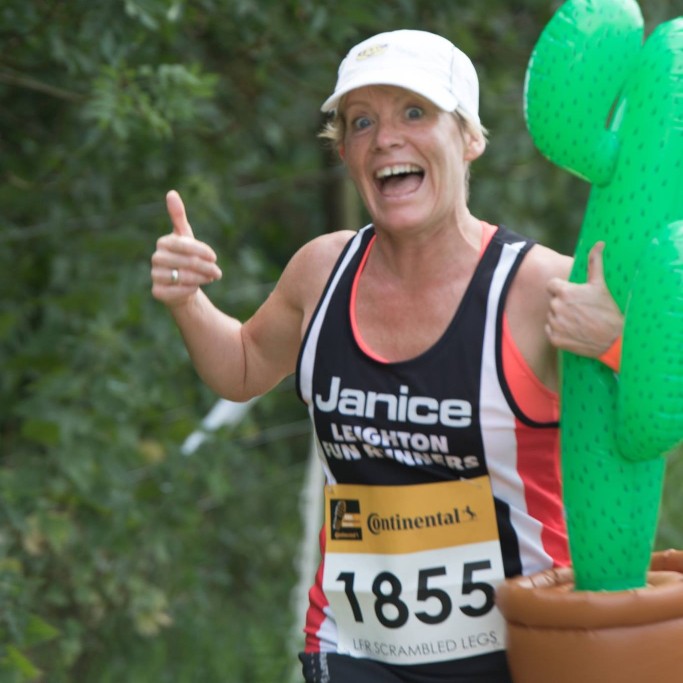 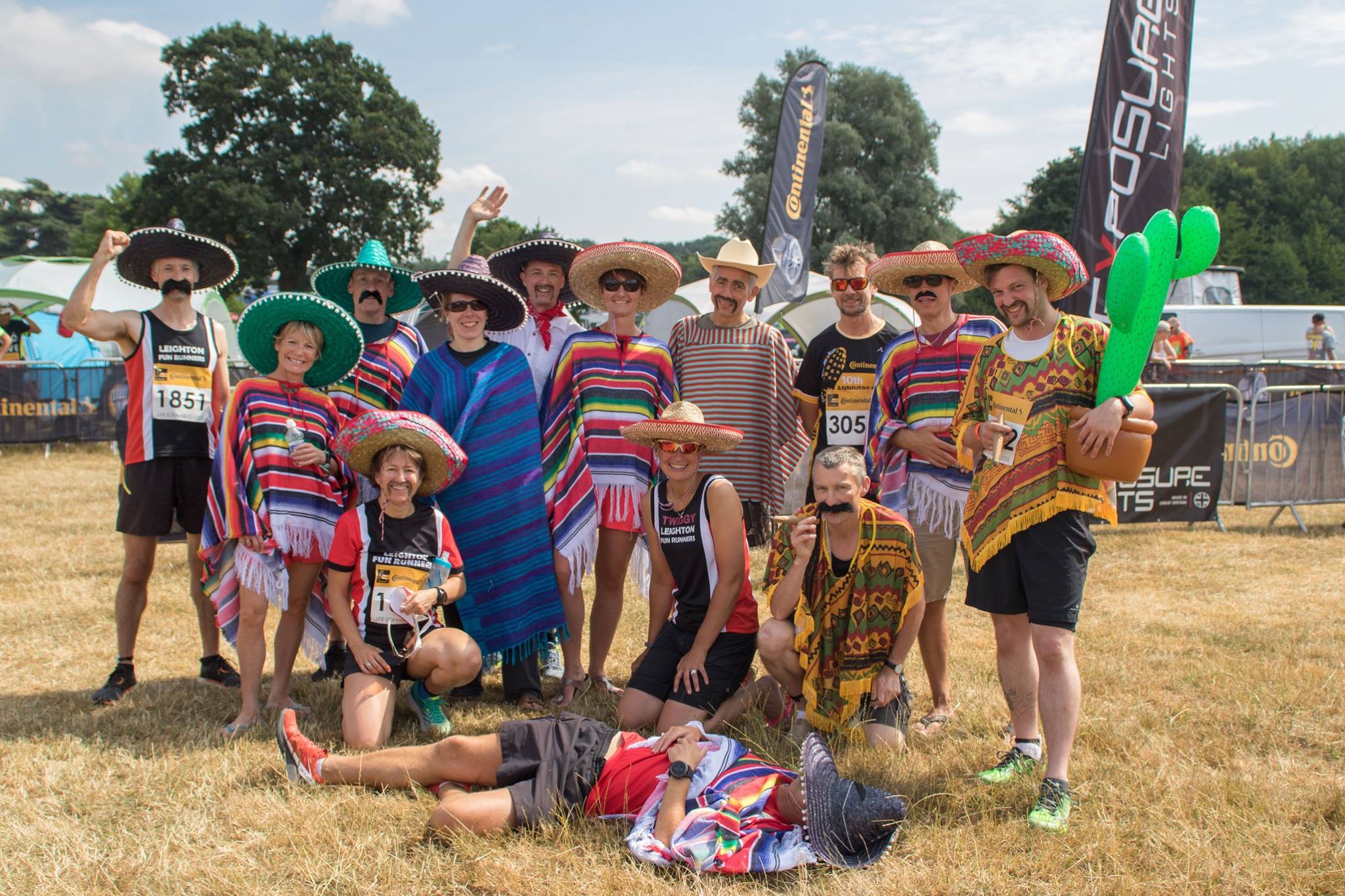 And finally over the weekend, our very own Wes got hitched!  In true LFR style, Wes and her hens did a pre wedding run along Porth Beach in Newquay… 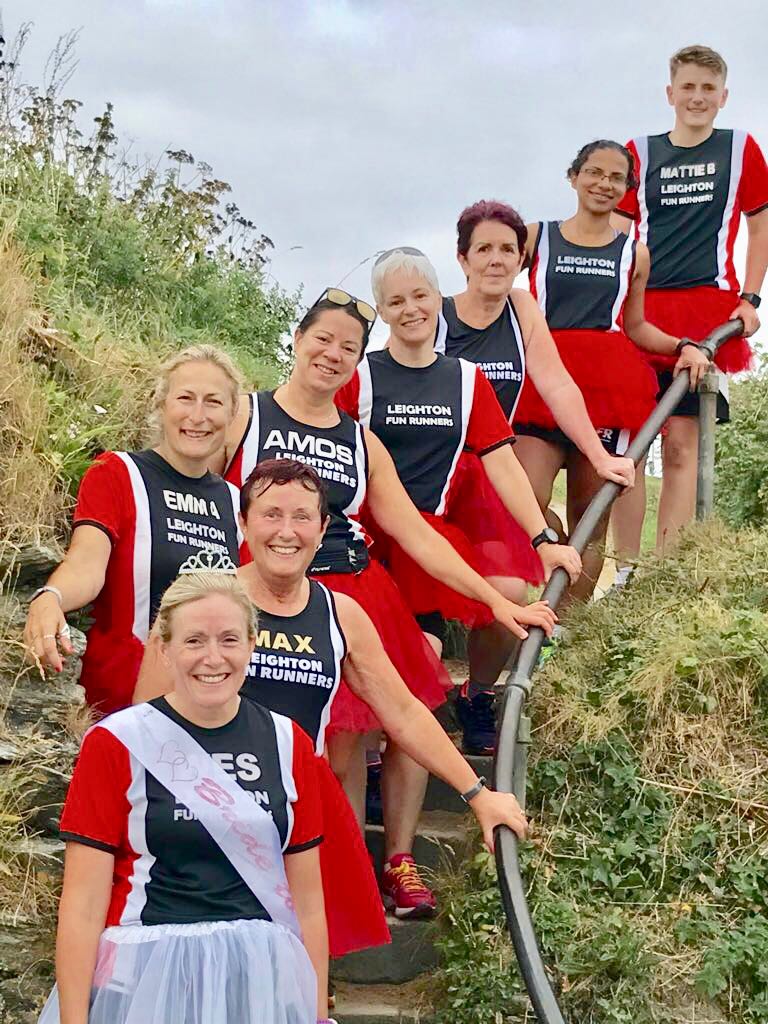 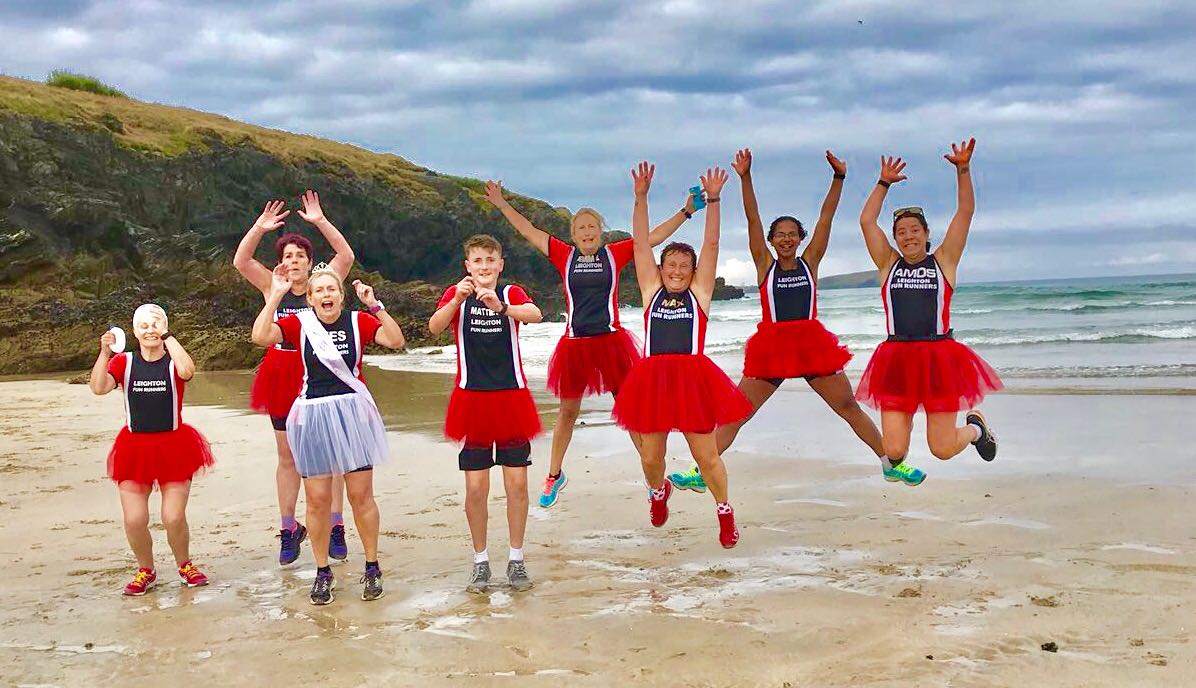 HUGE CONGRATULATIONS from everyone at LFR to Wes and Kev!  We hope you had an amazing day and wish you all the best in your future together! 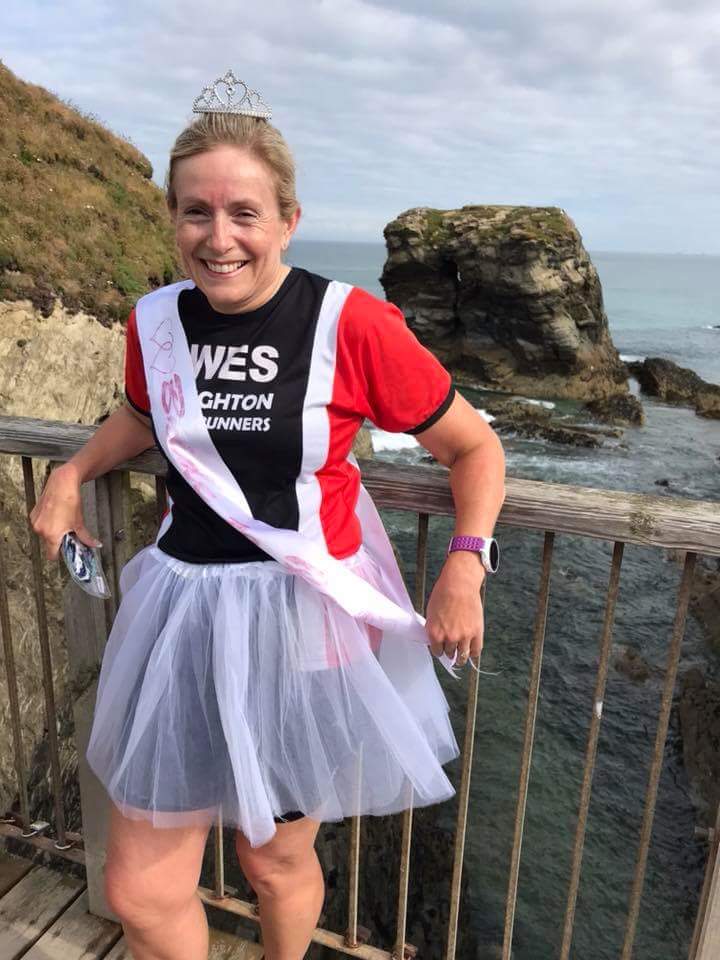