Posted on 30th July 2018 Categories: Latest News Comments are off for this post 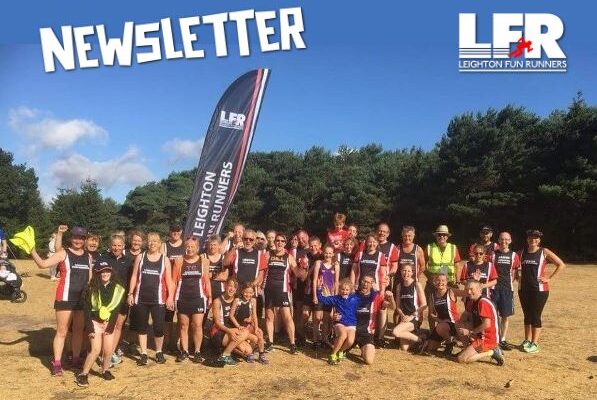 The week began slightly differently on Monday evening with some members of the LFR Cycling Division heading over to Silverstone to ride laps on their bikes!  Everyone had a great time.  A great place to ride round on the smoothest surface and no cars trying to run you over.  It was open to all abilities, there were some people speeding round, some just out for a pootle and even some children.  The cycling bunch will be heading up again on Wednesday 29th August – if you’re unsure about cycling on the roads, this is a great opportunity to gain some confidence on the bike going round and round.  And it only costs £5!  They are also opening the track up to runners next Monday 6th August if you fancied a run on a traffic free course.  Again it costs £5.  You can see full details for both sessions and book online here: Silverstone Running & Cycling  or just pay on the day.

The Tuesday club run of the week was at Rushmere with a massive turnout for a run around in the woods.  There were smiles, hills – BIG DIPPER – and some falls, but still a great time running with friends. 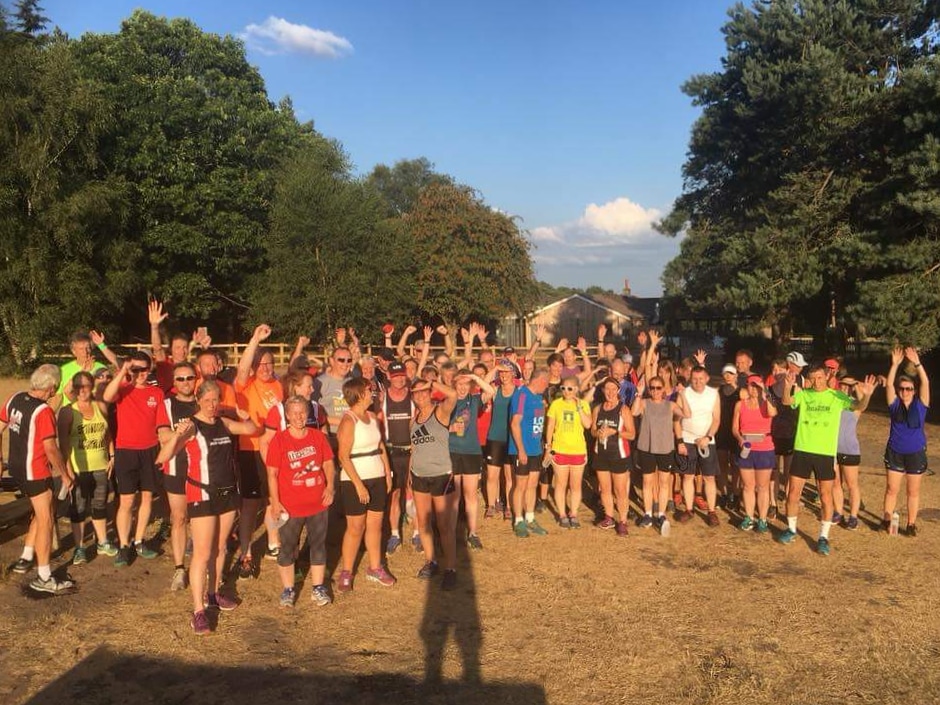 Paul took the Fartlek Fun Bus on a magical mystery tour of Leighton Buzzard taking one of his greatest photos of the group he’s ever managed.  Captain Dan had the Caterpillar Improvers on Thursday and Chris took the Friday Fun gang on a glorious run from Tiddenfoot.

The weekend came and parkrun day saw LFR at Bournemouth, Bryn Bach, Newark, Flatts Lane and of course Rushmere!  It was the three club takeover event at Rushmere on Saturday with LBAC, LFR, and LB Tri Club all making an appearance to showcase the clubs.  We had a number of LFR volunteers – with Victoria volunteering for the 50th time! And we had a massive 41 runners taking part!  Chris bagged himself a massive PB, beating his previous time by 2.30!  Karen and Jo also had PBs. Elle was completing her first Rushmere parkrun and Gill was taking part in her first ever parkrun!  Hopefully you’ll be coming back for more! 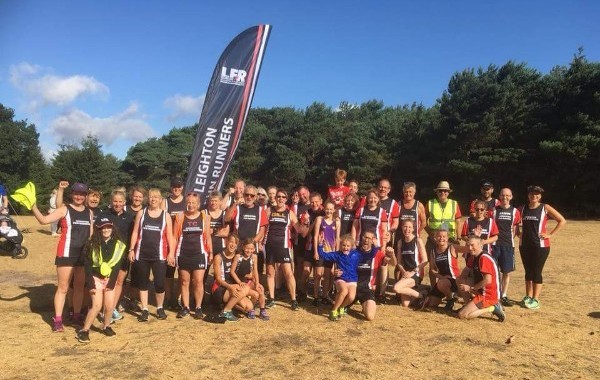 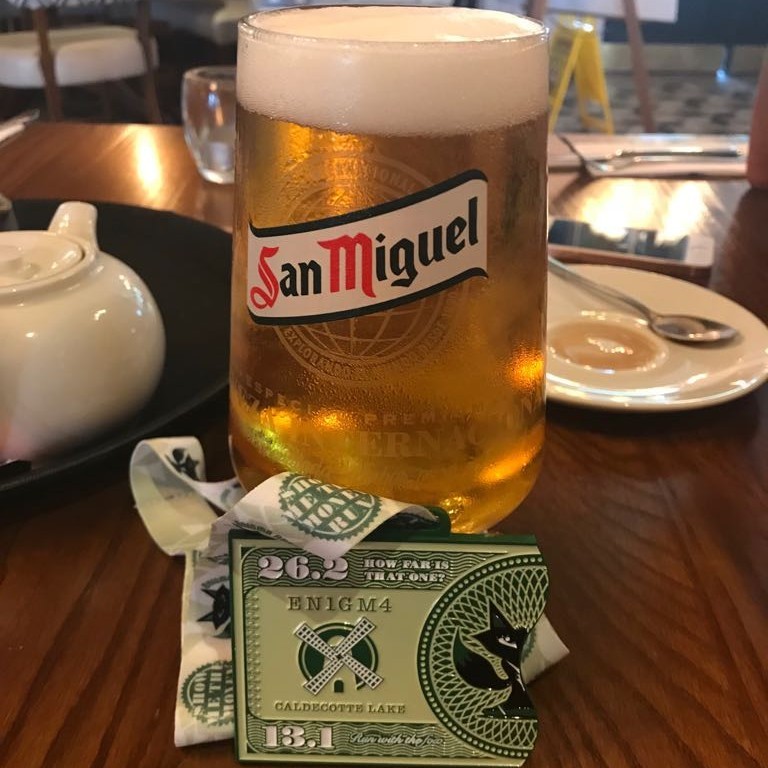 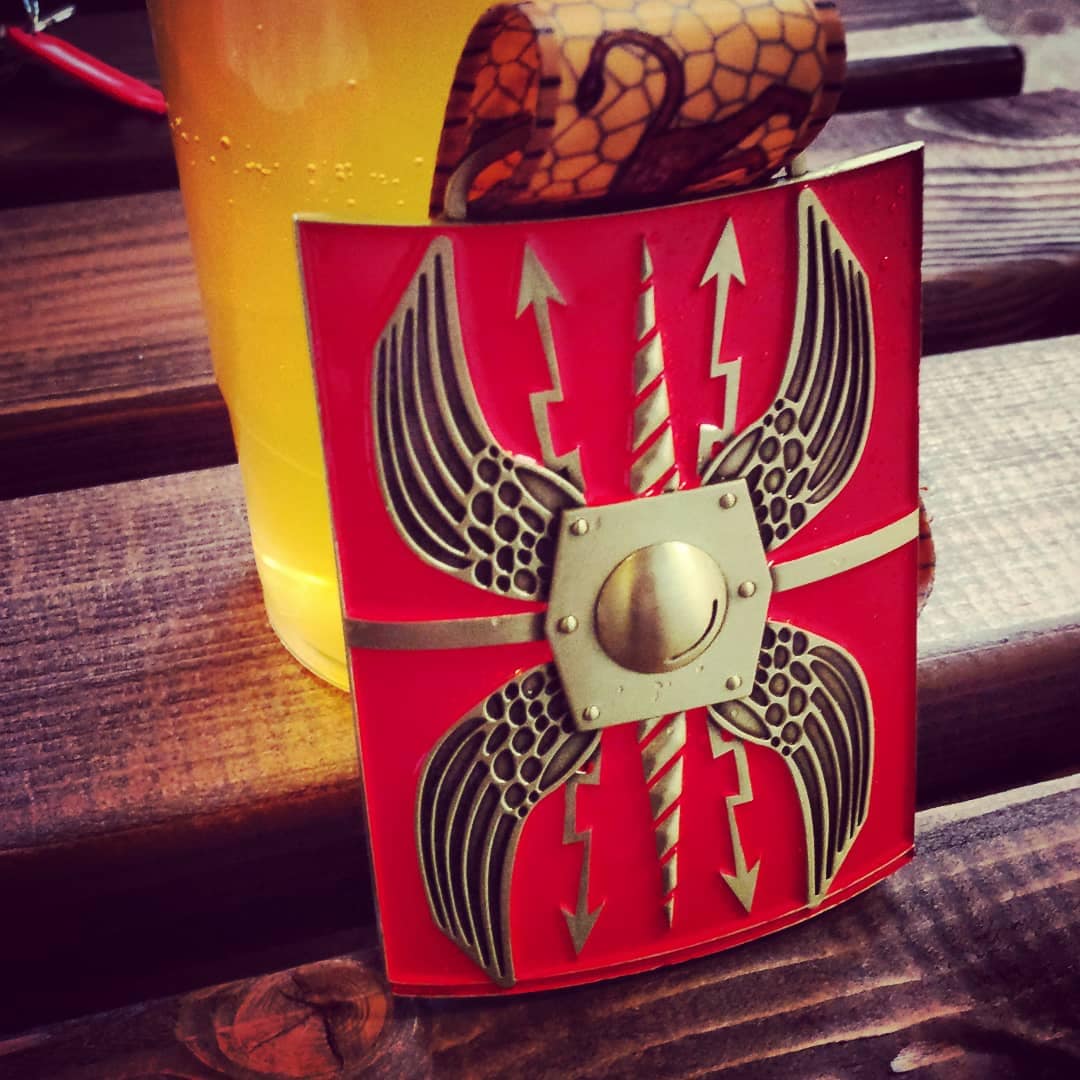 The biggest event of the weekend was the UTLD – Lakeland 50 and Lakeland 100.   Helen completed the Lakeland 50. 50 miles through the Lake District with around 3100m of ascent to tackle. And JK, the club legend completed his fourth Lakeland 100! 100 miles with 6300m of ascent to deal with!  Brutal conditions this time. Congratulations! You did it again! We are all in awe of you!  You can rest for a bit now….until the next marathon…. 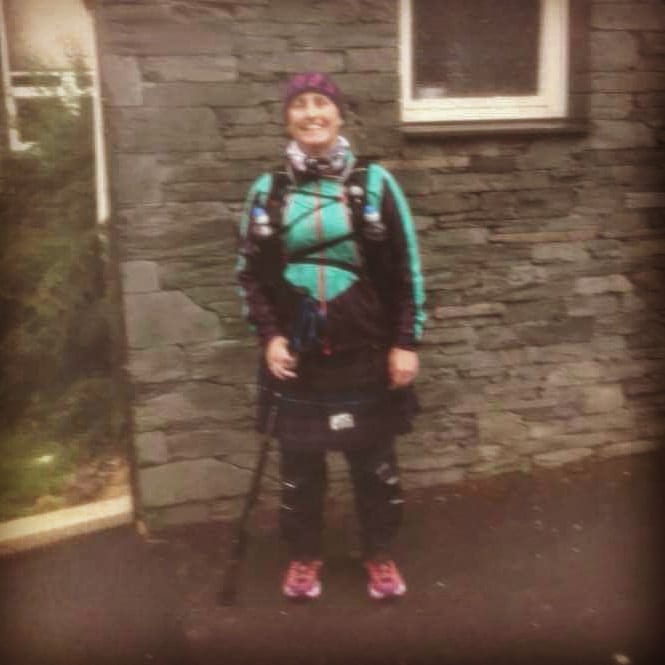 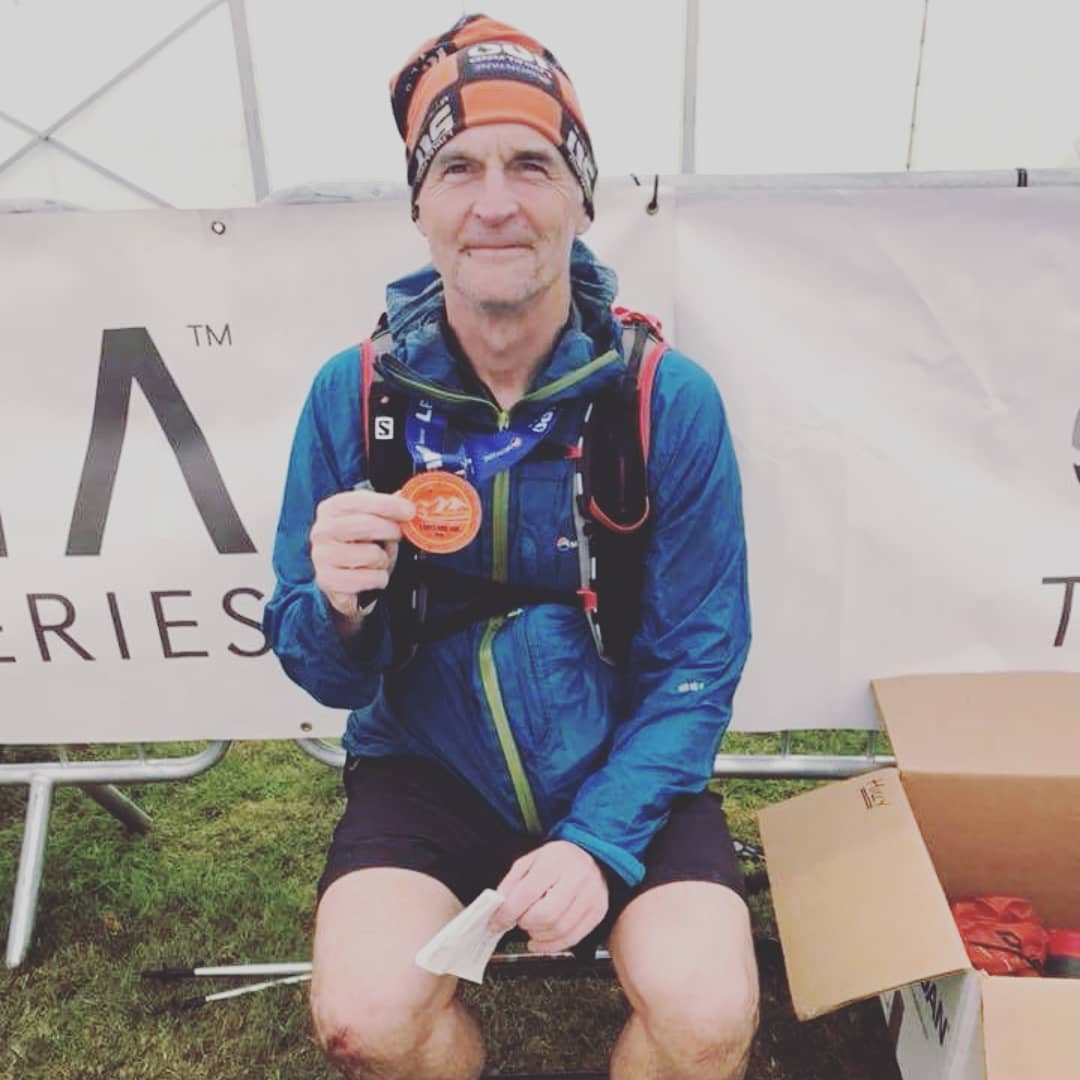 Karen was also up in the Lake District volunteering at the event as part of the finish crew…what another long weekend for Karen too, but a great way to give back and be part of this challenge.

Also a big well done to Ian.  He travelled up to the Lake District to meet JK at various points around the 100 miles, sleeping in his car and barely eating on the way round.  He also kept everyone updated on JK and Helen’s progress as much as he could.  You’re a great support, Ian.  Thank you.

And just as the week began with cycling, it also ended with The Wrong Ride!  The Cycling Division gathered with others to try out bikes that they wouldn’t usually ride out and about.  There was a Russian steed, a Pashley, a Cruiser, Fixies.  We had pirates, beards, baskets, a Jock, ET, Wallace the parrot, bells, thumb wars (also known as handshake competitions according to our Chairman) and the loudest horns you’ve ever heard.  A fantastic day out.  Even with the rain.  Even with the wind.  Keep an eye out for the next one.  You won’t want to miss it! 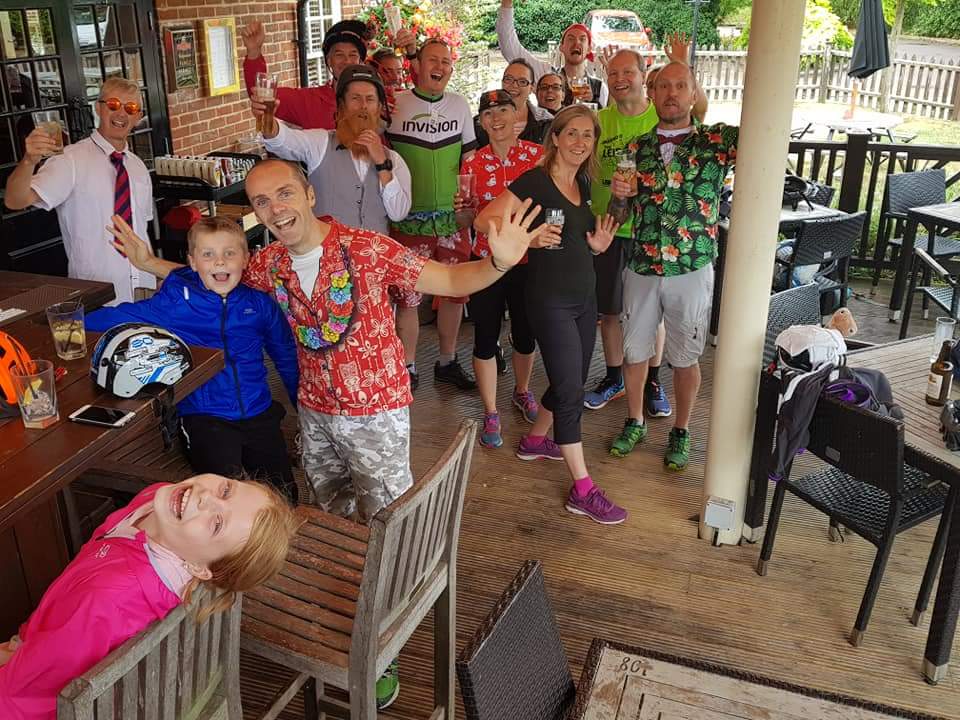 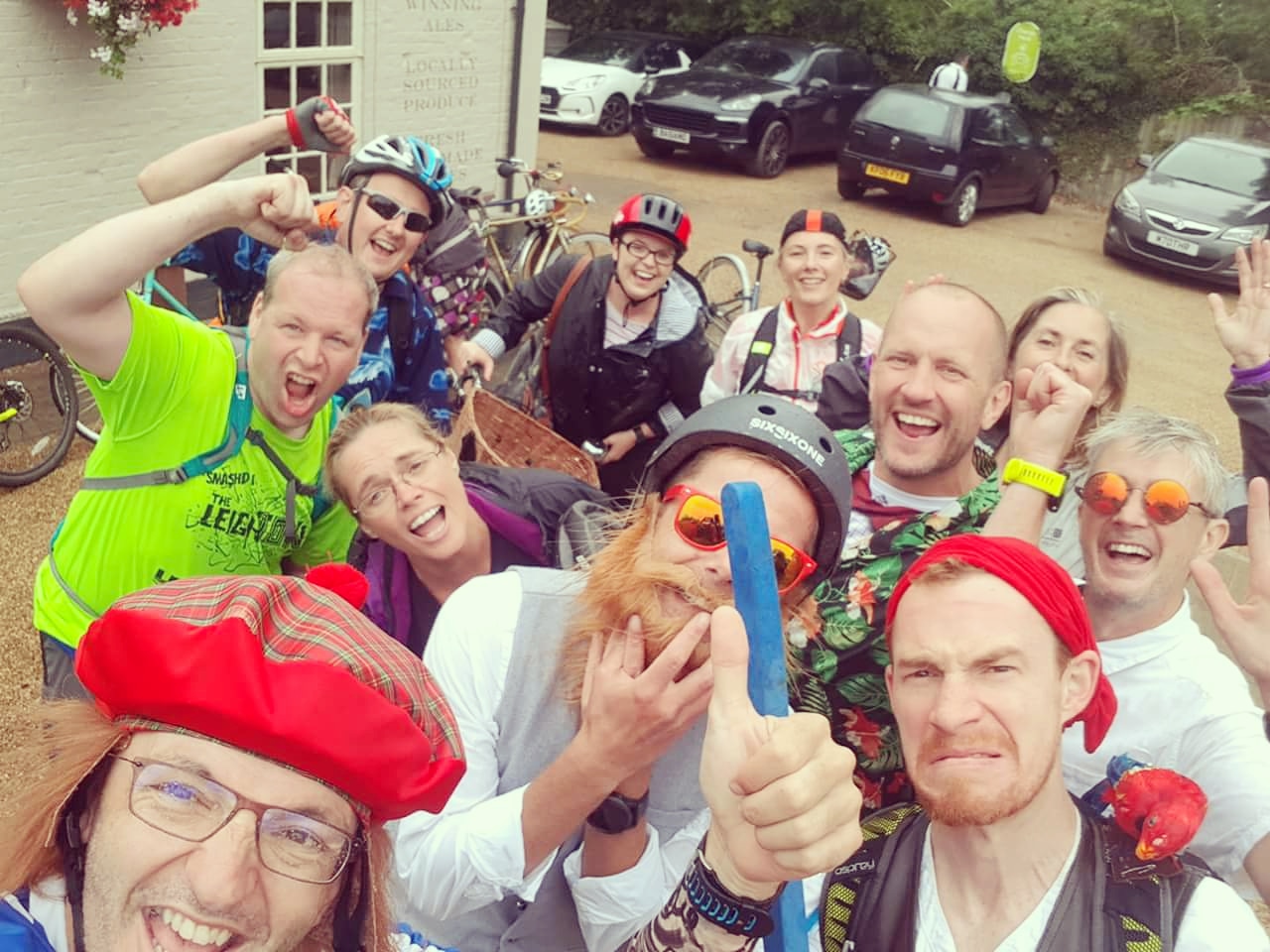 We o have a dedicated section on the LFR Website to showcase all our multisport activities, currently this includes cycling and core training.  Have a look at what we’ve been up to!  If you’re not sure why some of the club have an interest in cycling, or unsure as to how it compliments our running, the Chairman has written a blog all about multisport which you can read here:  Multisport For Running Longevity

What another fantastic week…here’s to the next one!