Leighton Fun Runners > Latest News > This is the week that was…half marathons and multisports!

This is the week that was…half marathons and multisports!

Posted on 20th May 2019 Categories: Latest News Comments are off for this post

We started this week with group night on Tuesday and the 5-10K crew still smashing out their distances.  It's the final week of the course tomorrow before the big one next week!  You've got this, guys!  Doyley led Fartlek with a difference on Wednesday.  In fact it wasn't Fartlek at all, he took the Herberts and Coach Matt for a pyramids session.   Captain Dan was in charge of the Improvers taking on hill reps at The Globe...nasty hill.  And Jenny led another glorious social run on Friday. 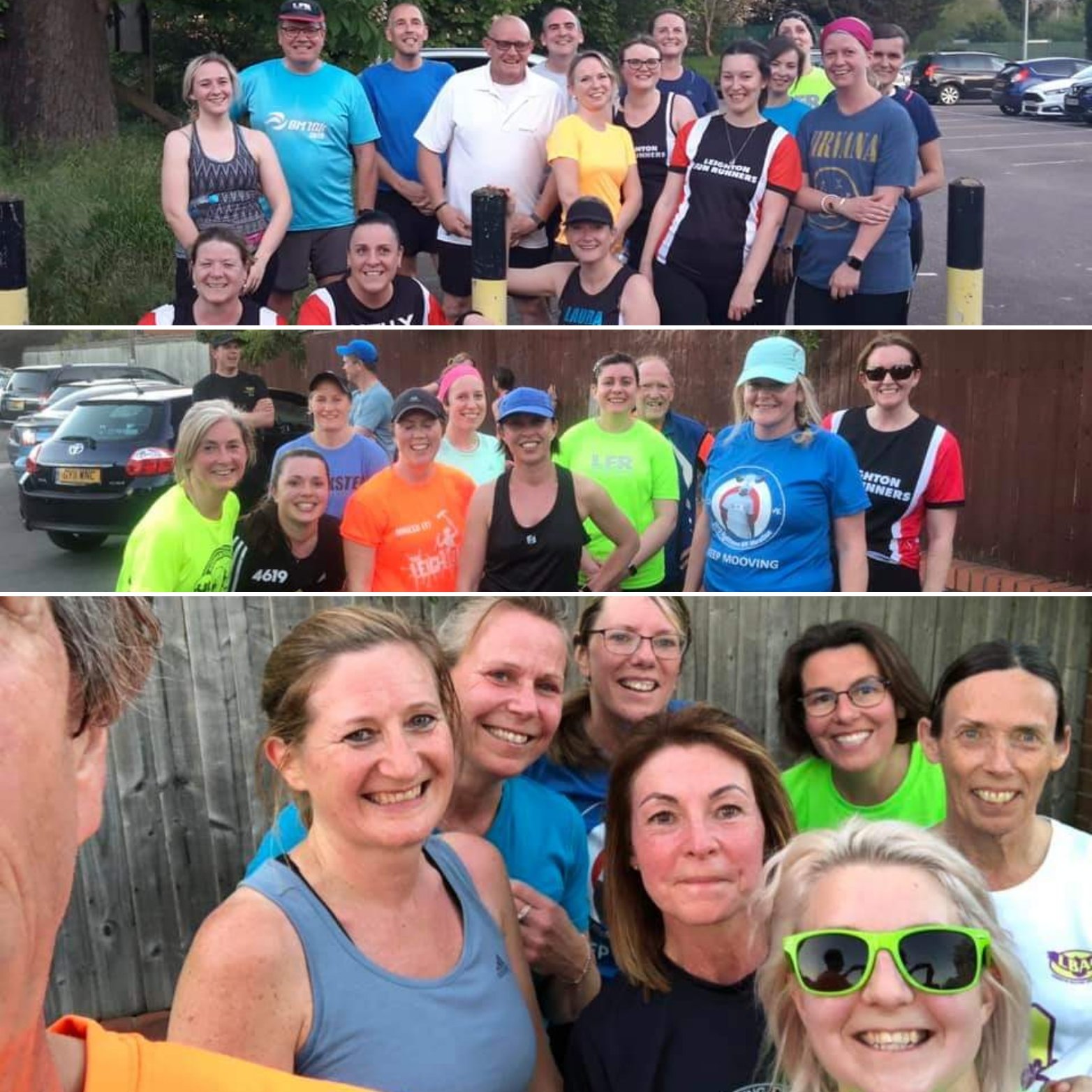 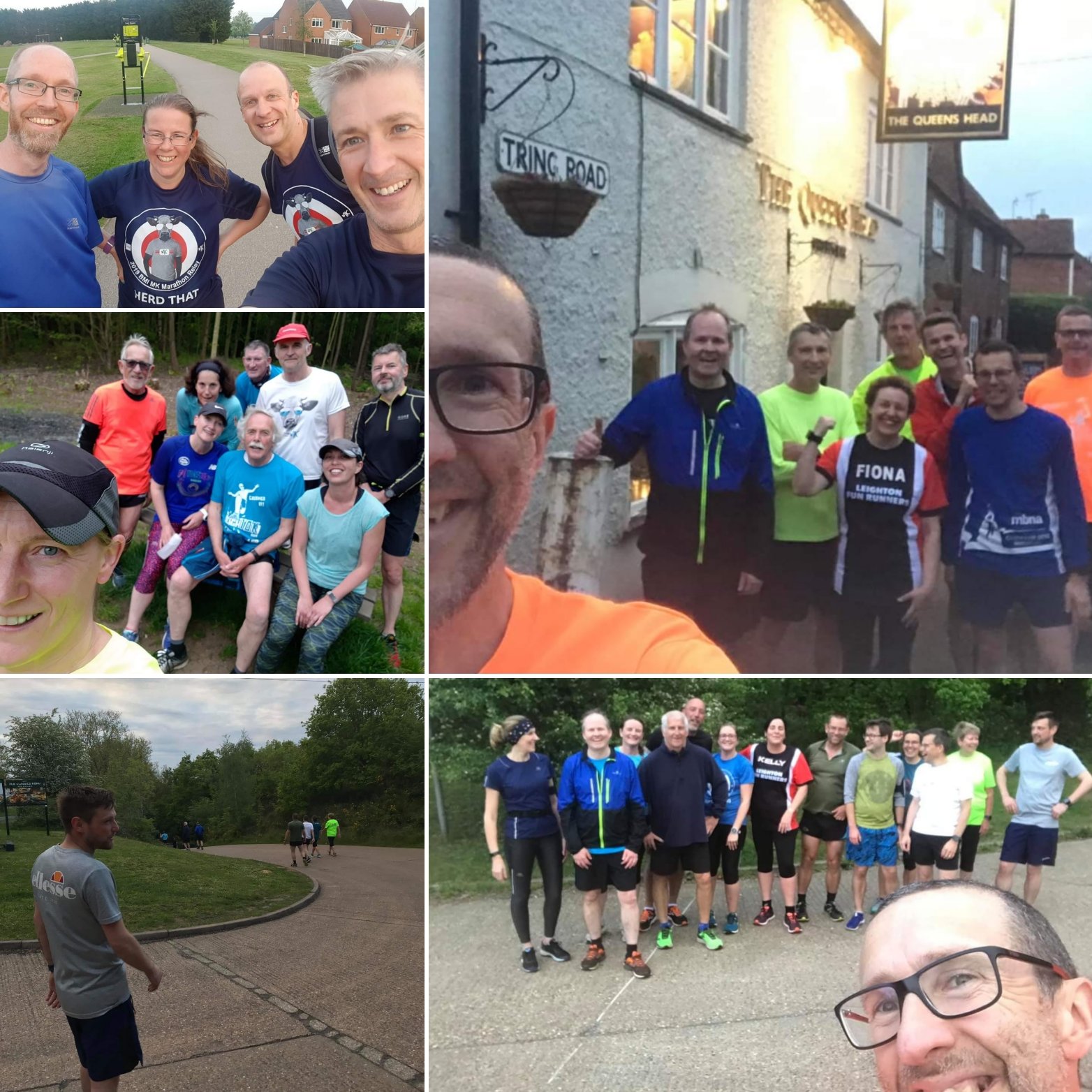 Friday evening saw a social run with a difference with the Captain leading a trail run in Long Marston followed by a pint in our new favourite, The Queens Head (the pub we ran through on our 10K).

On parkrun Day we had LFRs at Houghton Hall,  Barry Island, Clapham Common and the LFR Ladies at Aylesbury.  And David still on a parkrun tour, this time at Lower Hutt parkrun in New Zealand.  At home in Rushmere we had PBs from the two Pauls, Jason, Kerry and Stephen.  Great running, guys!

This weekend was the weekend of half marathons, with LFRs running all over....

Peter was at thehot and hilly Plymouth half.  James was taking on the stunning Salzburg half.  And Jo was taking on another trail half at the Bledlow Ridge off roader.  As was Graeme.  The toughest either of them have ever done...superb work. 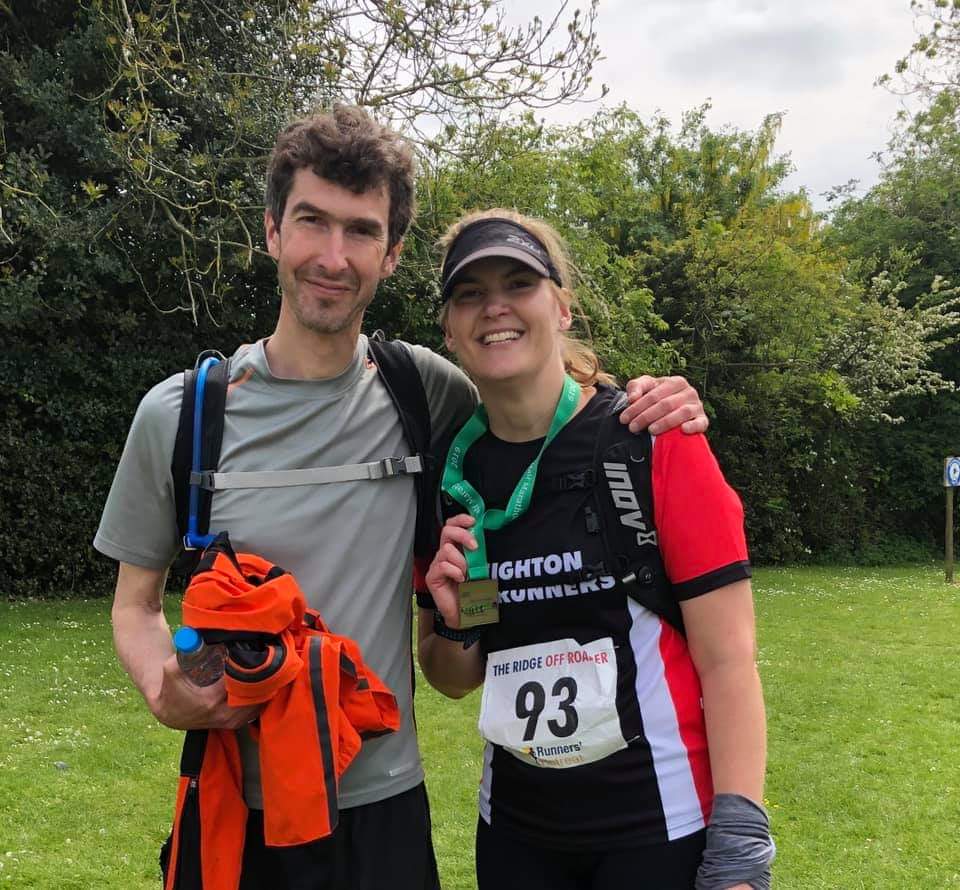 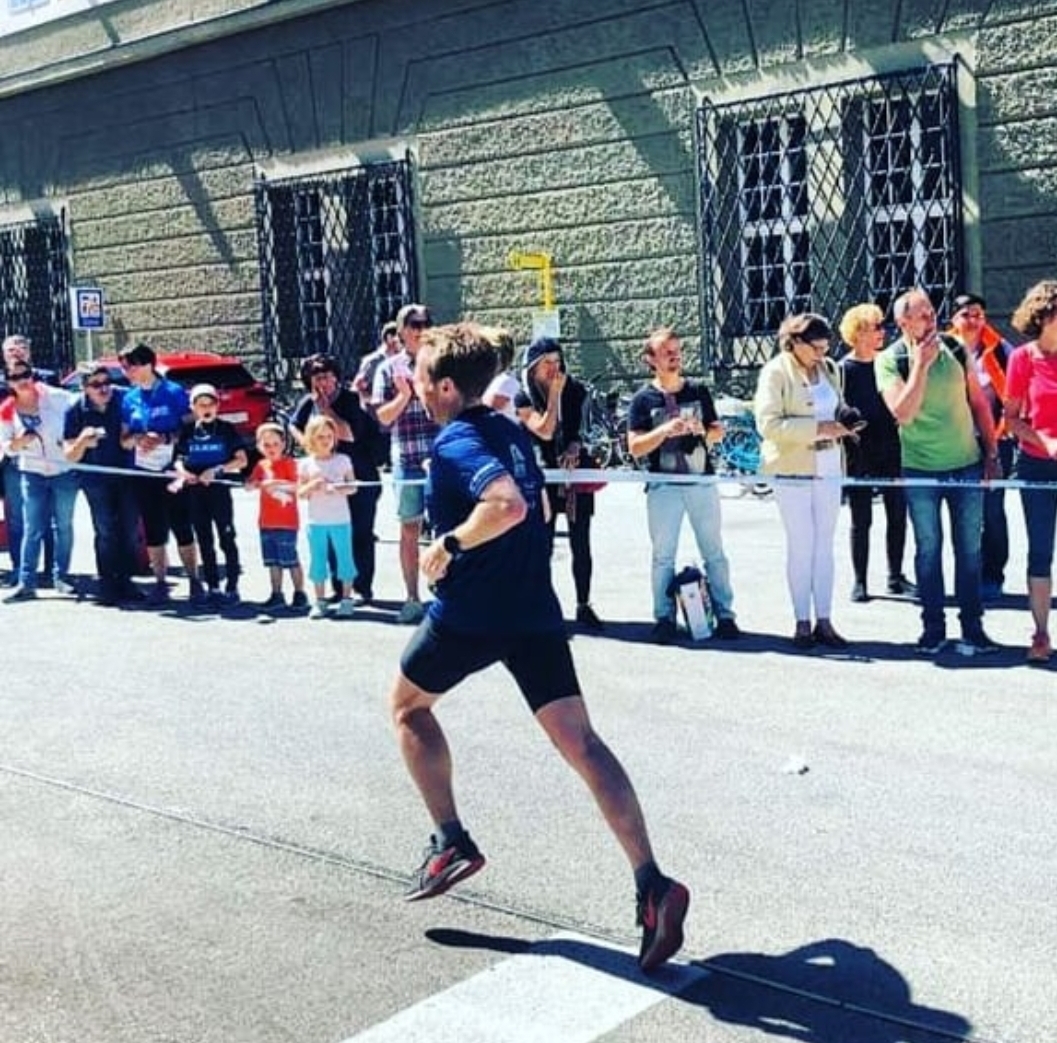 It was also the week for the multisporters!  Our members who also love to swim and bike before they run.  Rob took on the Grafman Middle Distance Triathlon (1.9km Swim, 90km bike, and a half marathon);  Amos, Jane and Pam were at the DB Max #51fiver Standard Distance Triathlon (1.5km swim, 40km bike, 10K run); and Mike, Carrie and Jen had a go at their first EVER triathlon at the Bedford Sprint Triathlon (400m swim, 24km bike, 5k run).  Super efforts from every single one of you.  Well done! 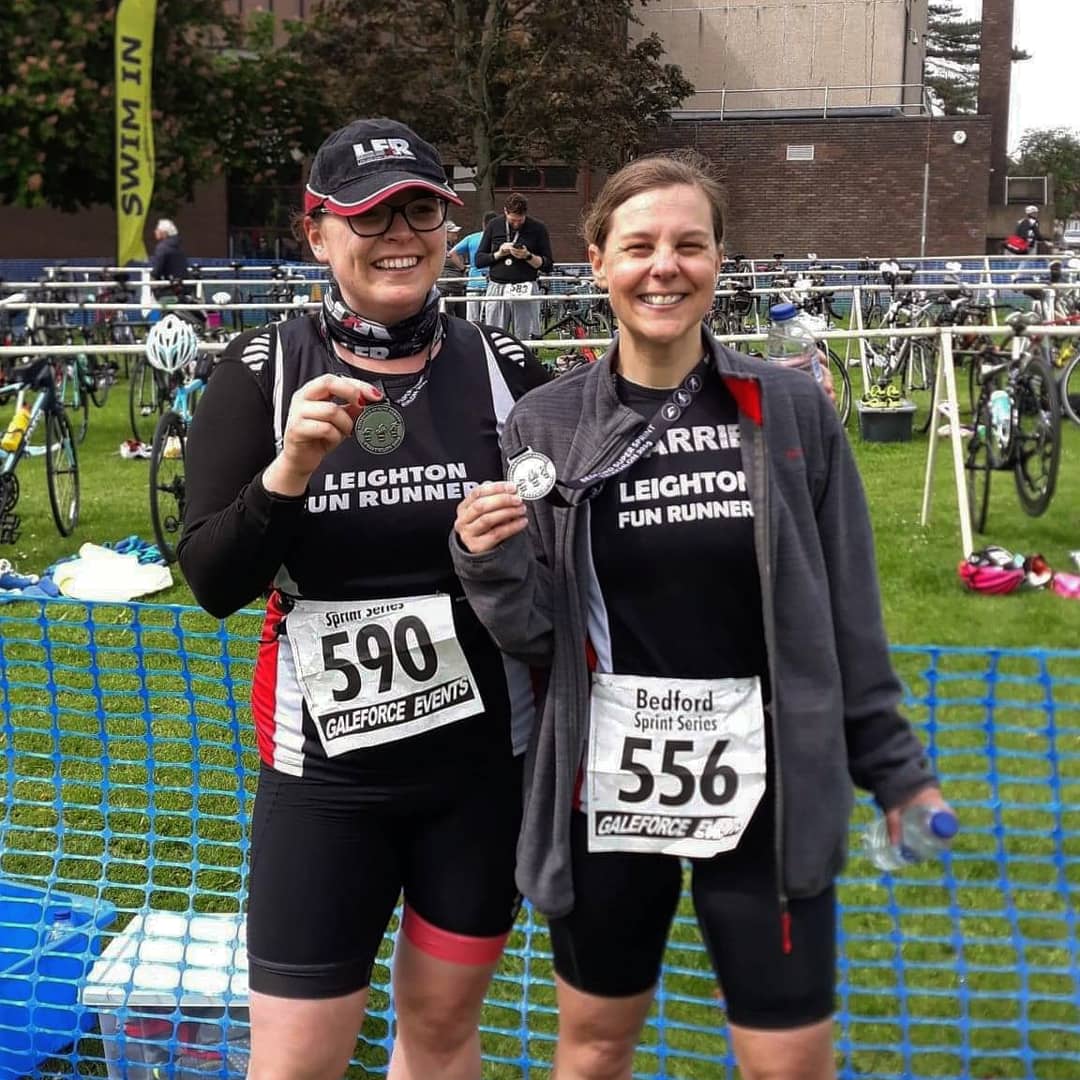 If anyone else likes their multisports, we have an additional Facebook Group solely for LFR members who have an interest in cycling for all cycling related chatter to keep this separate from our main Facebook group.  This is not a new group for LFR members.   If you are a cyclist and wished to join this group, you can find this here: LFR Cycling Division

Also another thank you to the LFR supports this week...Gary and Michelle who gave up their Sunday morning to cheer at Bedford.  It was a super boost to see them there at the start and throughout the course.  Whatever the event, it is always amazing to see a friendly cheering face on the course.  It makes all the difference.

And that's it for another week!  There will be some more marathon stories next week with Edinburgh on the horizon and we get to find out how all the 5-10K group get on at the Vitality 10K on Bank Holiday Monday.  Have a great week, LFR!