Leighton Fun Runners > Latest News > This is the week that was…Helen’s 100!

Posted on 11th June 2019 Categories: Latest News Comments are off for this post

The week began with a move to our usual cake night.  We started at The Hare in Linslade.  Ran a glorious trail route in the evening sun, and ended it with a pint and some cake.  A wonderful start to the week!.  Janice took on the pain whistle for the Fartlek Fun on Wednesday.  VC Smiffy took the Improvers to the park on Thursday.  And Dave led out the Friday social crew on a damp, but lovely run. 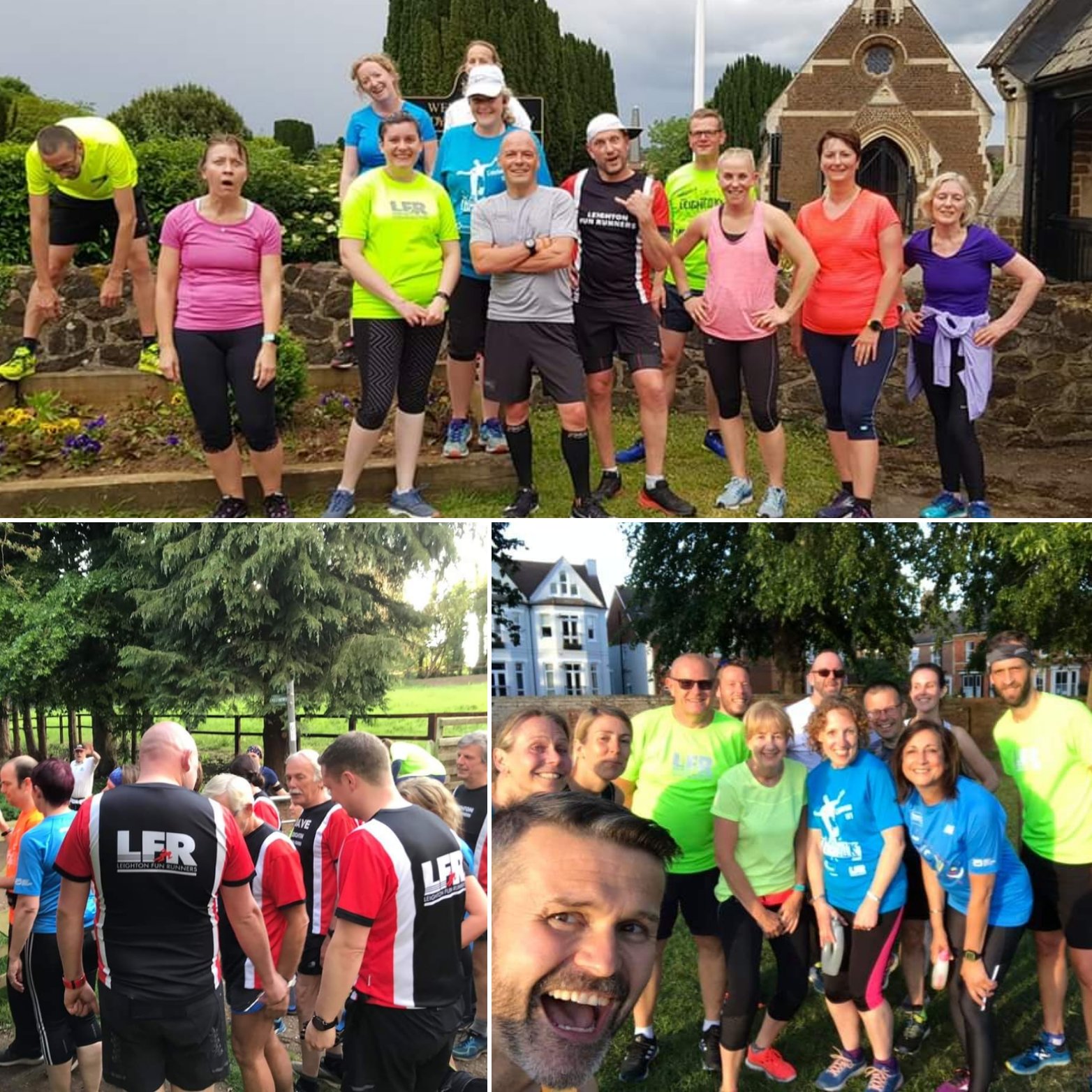 Friday evening saw three of the team at the Marston 5K - a great event on a lovely evening.  Well don, Sally, Lindsey and Celia! 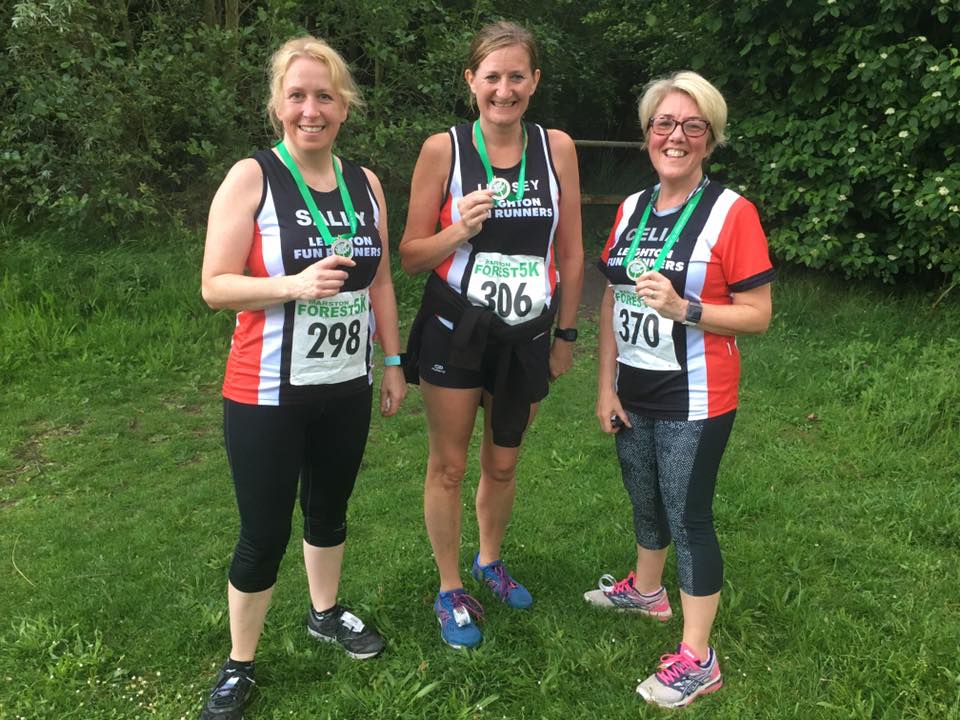 On parkrun Day we had LFRs at Milton Keynes, Arrow Valley,  Linford Wood, Cassiobury,  Springhill, Dunstable Downs and Rushmere.  At home in Rushmere Jim and Jamie took theirplaces in the top 10 and we had PBs from Jen and Paula!  Great running, guys!

Kevin and Jim were running the trails at the Aldbury 5, both coming in the top 25.

Duncan struggled through the St Albans Half.

Team Turner took a break from their usual marathon running and completed the The Thames Path Potter receiving the medals the size of their heads! 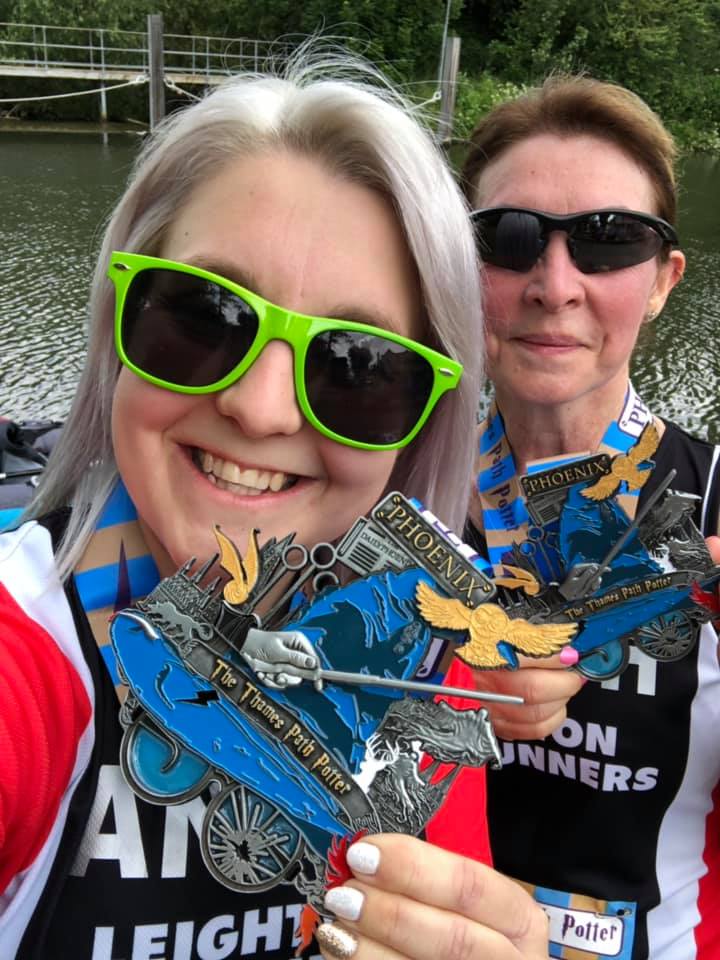 Team LFR took over the Buckingham Half on Sunday with some amazing results and PBs galore!  Tom came in 6th place with a super fast time of 1.22!  Chris won her age category...AGAIN!  Martin Addrison cycled to the event then won his age category.  Captain Dan collected his award on his behalf as he'd already cycled home again! We also had PBs from Gavin, Chris and VC James.  Great efforts from everyone on a super hilly course.  Big shout out and thanks to the support teams including Fiona who was cheering them on at Mile 5 and Emily for being our LFR photographer! 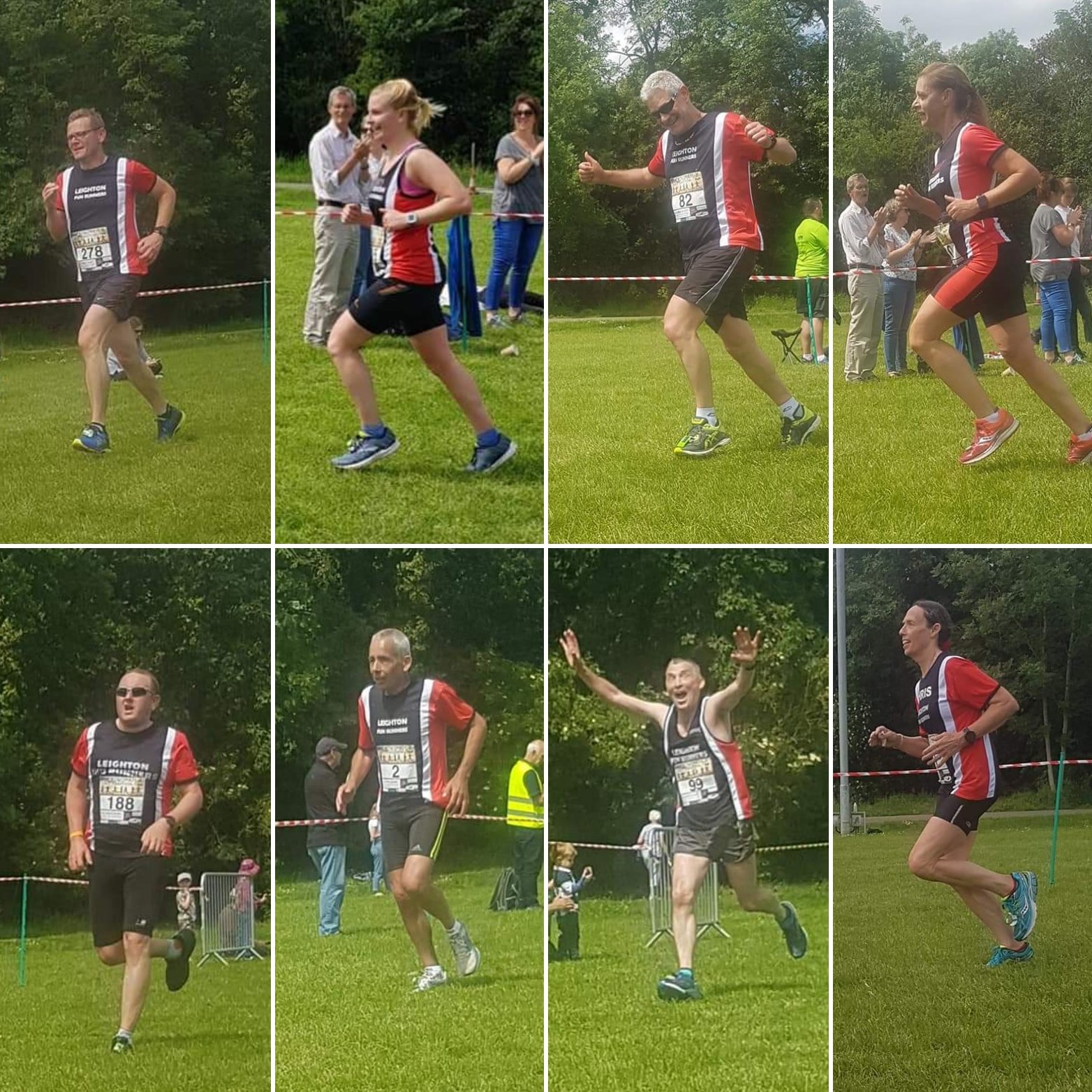 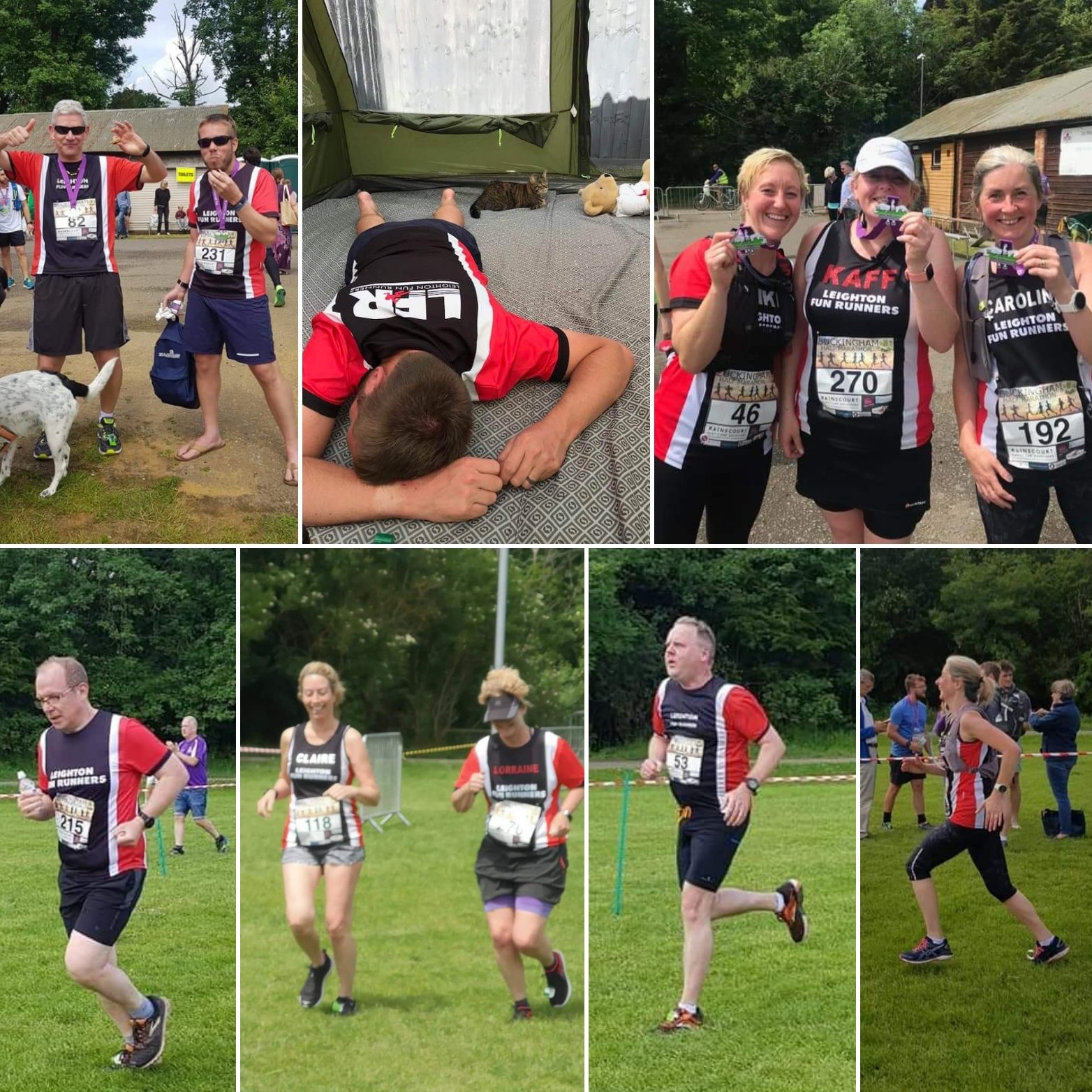 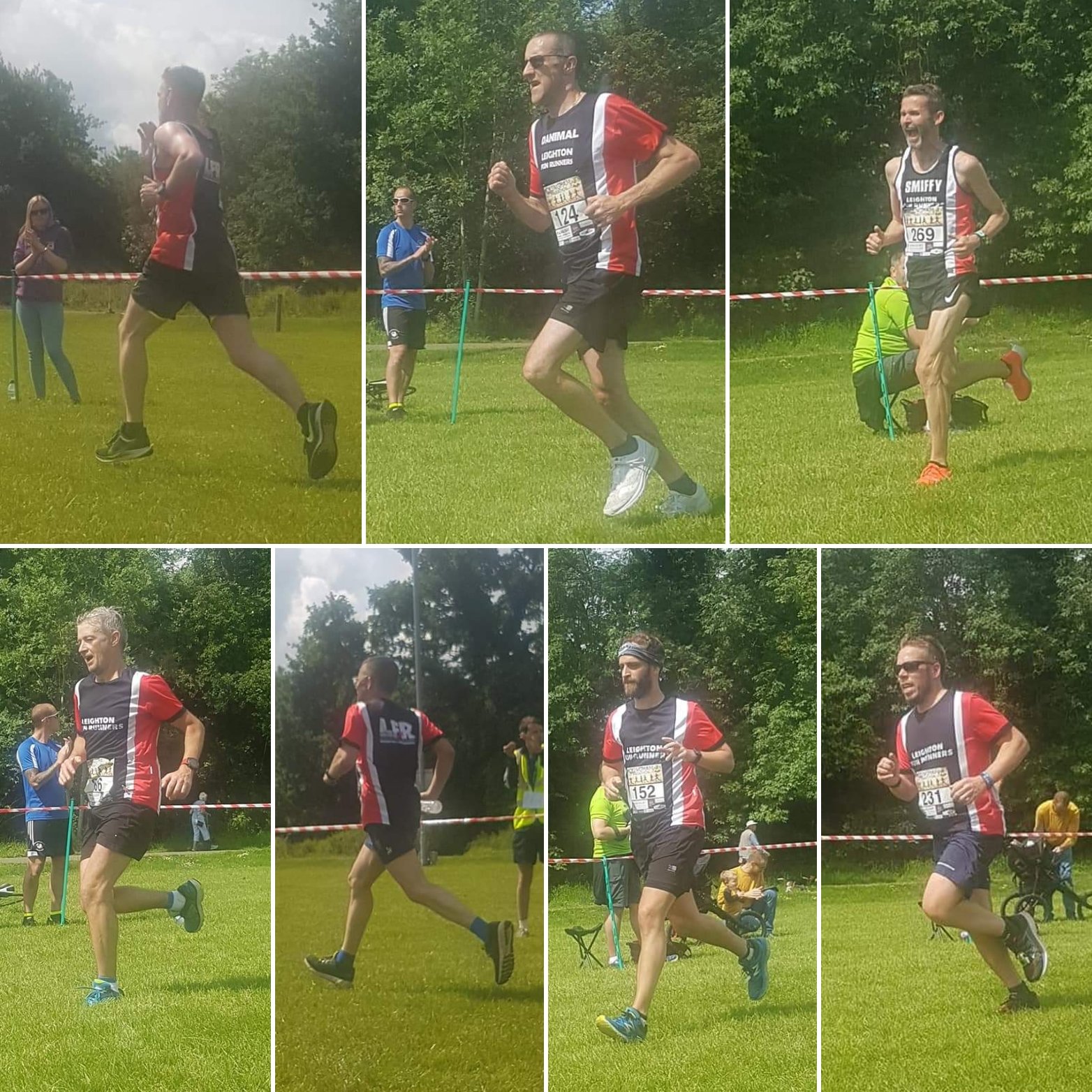 This was the weekend of multisports too.  The LFR Cycle Division were out and about, cycling to Buckingham to cheer the runners, or cycling the Tour de Vale event.  A group of them even cycled to Cambridge and back - 100 miles in the legs.  And Janice and Richard completed the Dragon Ride in Wales -  223km in the saddle.  That's 138 miles.  On a bike!  Well done.  Excellent work. 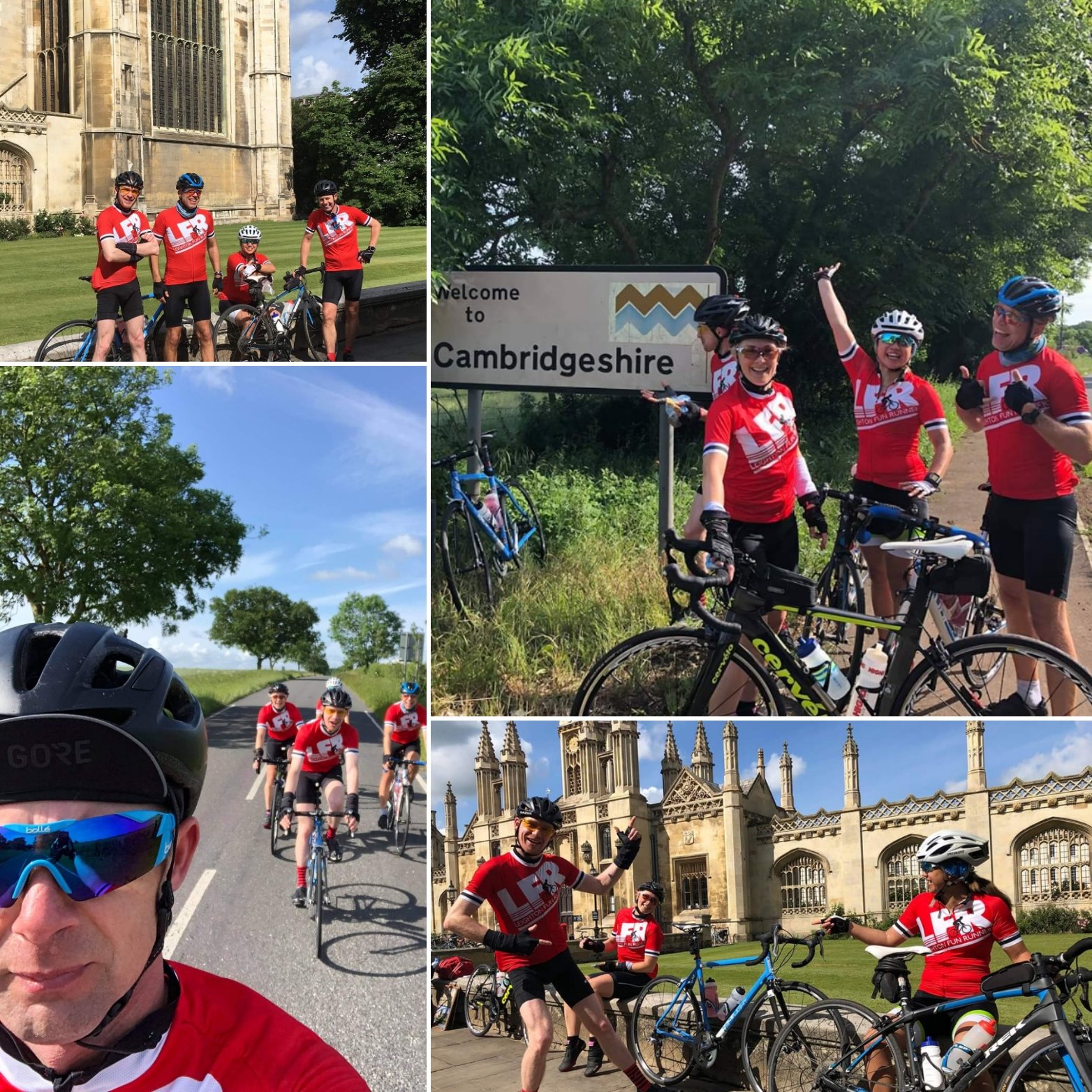 The biggest event for the multisporters however was the Ironman Stafford 70.3.  A HUGE well done and congratulations to Amos for completing her first Ironman 70.3 event - she did a 1.2 mile swim, followed by 56 miles on the bike and all finished with a half marathon.  A big well done also to our LB Tri friend Karrie Archer who also completed the event.  Superb efforts!  Well done both.  You did it! 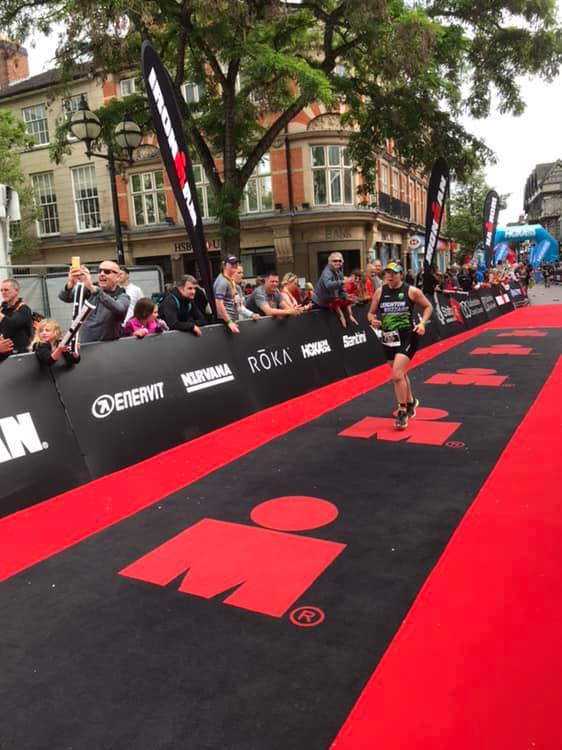 And finally...it was also a weekend of marathons!  Sunday was the  Hannington Hike where Paul, Wes and Emma all battling the overgrown trails. And after months of trials and tribulations....Helen got there....she did it.  She completed the Farthingstone Foot Fest on Saturday (with Glyn in tow!) and in doing so completed her 100th marathon joining the 100 Marathon Club!  Absolutely superb effort in what has been a turbulent few months for Helen.  Brilliant, brilliant work! 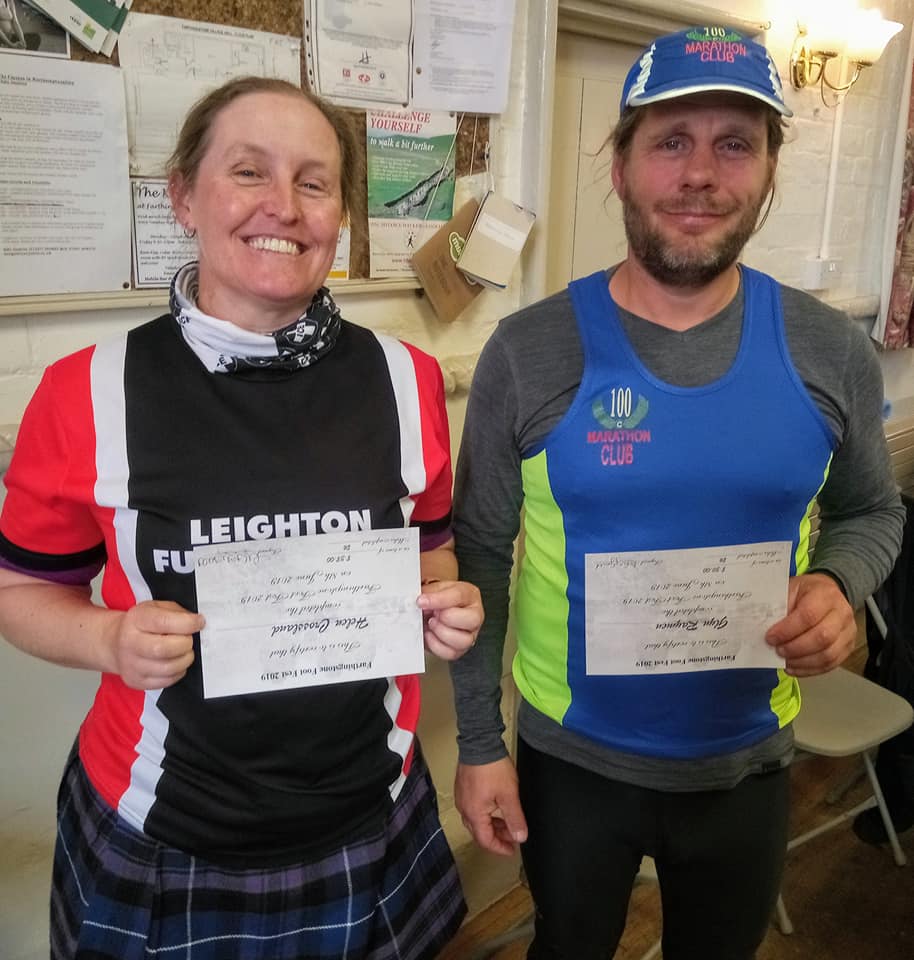 And that's all for now.  Have a great week, LFR!