Leighton Fun Runners > Latest News > This is the week that was…. Races Galore!

This is the week that was…. Races Galore!

Posted on 3rd August 2021 Categories: Latest News Comments are off for this post

This is the week that was... The Races Galore!

The weekend started early this week, with the Beds AAA 10k Road Race Championships being held on Friday Evening. We had a team of 7 at the event with Tom Ellerton leading the team home with a stunning 36:51 run,  which is a sub 6 minute mile pace. Surely that deserved a smile Tom?! Rosie Booth was our first lady home with an impressive 44:56. Chair Andy delivered an impressive 42:36, coming back from his recent injury and just behind him was Mike Clarke recording 43:13, great running after a very quick recce of the Greensands Relay Leg 3 with myself on Thursday. A big shout out to Alex Nixon who was delighted with her sub 60 minute 10k. Completing the team were two more Andys,  Lomas and Griggs who finished the route with very respectable times. Well done all! 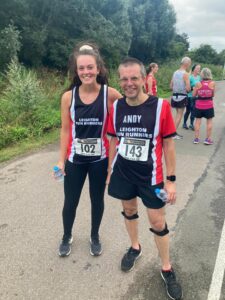 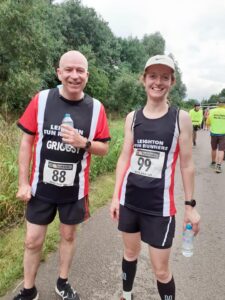 A huge thanks to those of you who’ve updated your club status on your parkrun profile since the prompt last week. According to parkrun we had 28 runners out on Saturday. It’s great to see some of you packing your trainers and getting a holiday parkrun in as well.

Heidi Buck celebrated her first parkrun with a post baby 5k PB at MK, where 3 other LFR’s also ran. I'm sure you'll now have the parkrun bug Heidi!

Will Langdon and Dawn Kennedy claimed to have found the most picturesque parkrun in North Yorkshire at Fountains Abbey, where the sub 20 minute 5km just eluded Will when he ran 1 second over!

I hear Junior Parker left David Parker eating his dust at Aylesbury where he ran a smashing PB of 20min 50 secs! David had to settle for a 24 minute something, still very respectable!

Andy Griggs and Lynda Murrary both found themselves at Dinton parkrun in Wokingham. Meanwhile, over on the coast in Suffolk at Lowesoft parkrun Coach Matt Gilbert made it a family day with his 2 children.

Dunstable Downs appears to be the new favourite whilst we are missing Rushmere. I believe we had 14 members running there! Looks like some PB’s were had too, well done team! 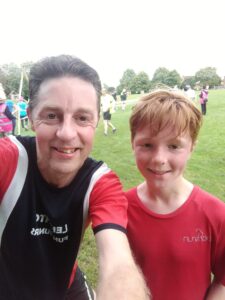 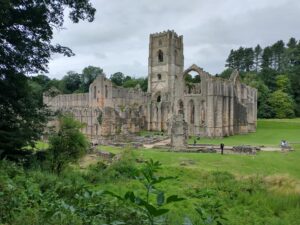 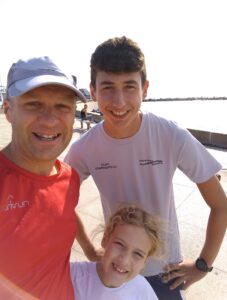 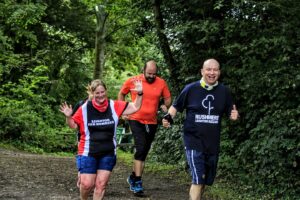 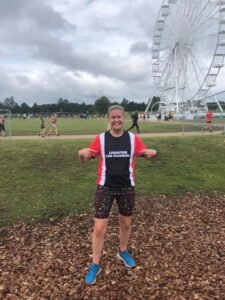 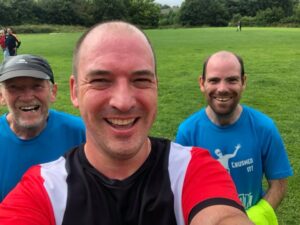 Close to home, our friends at Bearbrook running club held their popular 10k. 7 LFR’s made the short journey to take part. Alice Tame, Megan Francis were both nicely under the 60 minutes and ran PBs as did Tom Webster. I think Tom will definitely run a sub 50 minute 10k next time out!

It wasn’t a PB for Julie Etherden but it was quicker than when she ran there 2 years ago! Also racing was Andy Griggs who doesn’t seem to stop racing, though he must have recovered from his sore calf after Tuesday’s Fartlek session. Kevin Hare and Lee Garnell completed Team LFR. All reported a great event and a lovely goody bag to take away which included a boot bag and mug to drink the celebratory drink out of. Certainly a race to support next year! 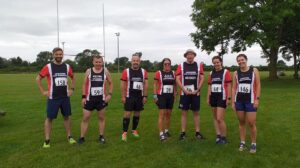 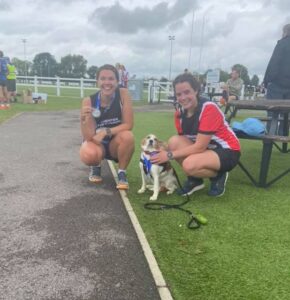 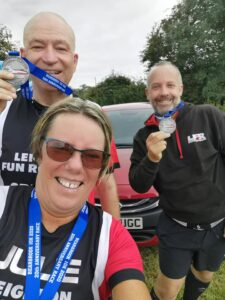 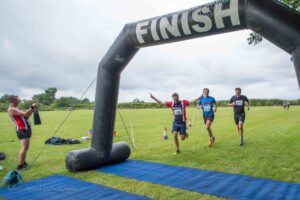 On Sunday some of you jumped on the train to London and ran the much anticipated London Landmarks Half Marathon. Starting under the watchful eye of Lord Nelson, the route as it suggests, takes runners around some of the Capitals greatest landmarks such as The London Eye, St Paul’s Cathedral, The Monument, The Tower of London and finishing on Whitehall just outside Downing Street.

Enjoying the sightseeing for the boys were VC Dougie and Nic Dimmock. The LFR ladies were out in force with Jo Hoggs, Ceilia Walker, Nicki Atkinson, Caroline Clabburn, Claire Bartlett and Barbara Leach. Some great pics were posted and even a finishing video from Ceilia. Well done ladies, I know for some of you this was your first half marathon! Great job...

On his journey to the 100, Wayne Walker completed Marathon 82 with 31 miles around Reading! Only 18 left to go! Well done Wayne. 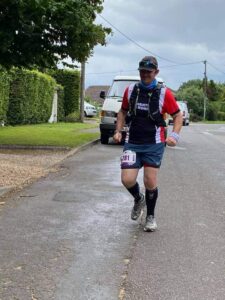 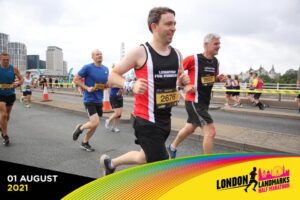 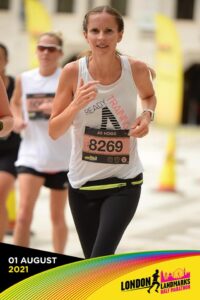 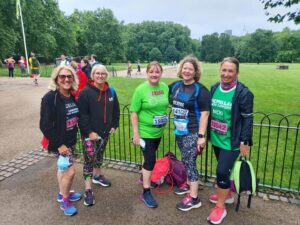 On Saturday Jen Garner and Mike Ellyard headed to Emberton Country Park in Milton Keynes for their triathlon competition. Jen competed in the “Stampede” (sprint distance) and Mike in the Calfman (standard distance). Both recording some great times and with smiles on their faces. Jen was able to compare her results to her last triathlon of 2019. 2 years later she knocked time off all 3 parts. Great work! I know Mike is going to book in for a 2nd event this year!

On Sunday the alarm clock went off super early for those of us competing at Box End Triathlon. The race started at 7am which meant registration at 6am! Peter Jones, Ian Bisby and myself had entered our first triathlon (sprint distance; 750m swim, 20km bike, 5km run). We found ourselves alongside tri pro Mark Kleanthous who was also racing in the sprint. Martin Addrison was taking part in the Standard distance (1500m swim, 40km bike, 10km run). The result of the day came from Ian Bisby who came 7th overall completing it in 1:16:26 and 2nd in his age group (AG). Mark won his AG, I came 2nd in mine as did Martin in his. Peter was having a great race until he took a wrong turn on the bike course, but he still finished with a smile on his face! It was a great morning out, on reflection it was fun; though a 5km run never seemed so far! 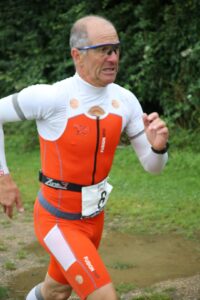 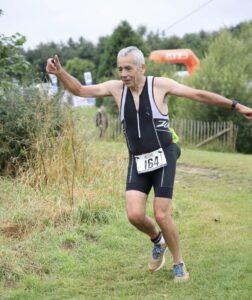 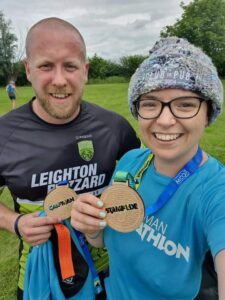 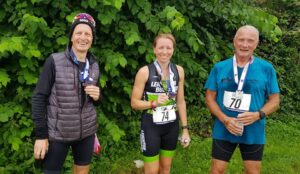