Leighton Fun Runners > Latest News > This is the week that was…. The Bedford & MK Running Festivals & a Triathlon!

This is the week that was…. The Bedford & MK Running Festivals & a Triathlon!

Posted on 6th September 2021 Categories: Latest News Comments are off for this post

This is the week that was... The Bedford & MK Running Festivals and a Triathlon!

After Bank Holiday Monday we started the week at Woburn for our last evening trail run of the summer marking the final day of August. 5 groups went out with over 50 of you in attendance enjoying the late summer's evening. It looked like a great evening was had by one and all and you all just about got back before the night closed in!

Captain Emily will be planning some weekend trail runs through the Autumn and Winter.

On Wednesday Coach Matt was back after a well earned summer break putting super six of you through a pyramid set at Parsons Close. I completed one of these sets a few weeks ago and it really builds some pace into your running! Look out for the next coaching set that Matt will be running in a few week’s time.

With JK away and Peter Jones having led a group on Tuesday, I was privileged to lead the Friday morning gang through the trails of Rushmere on the Friday Social. What a great bunch those Friday runners are! We were especially lucky to have a banana and walnut cake baked for us by Kirtsy as a post run treat. Thank you Kirsty.

Parkrun day came and we had 56 parkrunners across ten different venues. A big well done to Roy Bird, Julia Gallie and Jenna Parker who bagged PB’s at Rushmere. Even Jenna was surprised when she was asked to not stop running as she was unaware that she was pacing an unknown runner! Also with a PB was Jim Buttleman who set himself up for a great run on Sunday at the Bovingdon 10k.

I'm happy to see that Tom Webster figured out how to use his Sat Nav and get to Willen Lake!

At Box End in Kempston myself, Peter Jones, Captain Emily and Mark Kleanthous took part in a Triathlon for the National Sprint Championships.

Peter Jones had a good swim but unfortunately bike mechanical issues meant he had to pull out of the race. I put in a decent performance in what I would say was a hotly contested age group and Mark came 3rd in his age group. Captain Emily also came 3rd in her age group which I think you’ll agree is a great achievement at only her 2nd triathlon and even more so following last year's cycling accident! It was also good to catch up with Paul Little who came down to support. 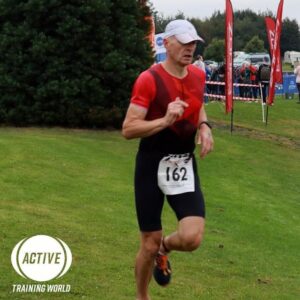 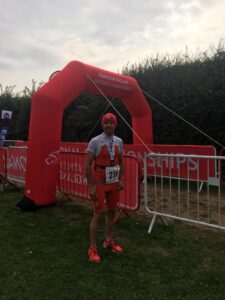 There were two big and much anticipated events taking place over the weekend, these being The Bedford Run Fest and the MK Festival of Running. There were so many of you taking part, I’ve done my best to capture what I can!

At Bedford Saturday kicked off with the morning 5k, with the half marathon run over both days, the Twilight 10k took place Saturday evening. Sunday had the 20 miler! The first race report came in from Heidi Buck and then Carole Osborne who completed the 5k and then had a few hours to put her feet up before the 10k that evening Carole is one of our lovely new social runners. You must be super chuffed to complete both! Also joining her at the Twilight 10k was Lee Garnell who put in a great time and Alice Fauvel got herself an impressive PB! Well done Alice. New member Heidi Suter ran the 5k running her first ever race! First of many Heidi that's for sure 🙂

At the Half Marathon event, Nolan Johnson narrowly missed out on a sub 2 hour time, which was a great performance considering the knee injury he's been struggling with for the many months. Jen Garner, Dawn Kennedy, Will Langdon, Paul Thomas and James Bassil also ran the half. Infact James ran a half marathon both days! Mike Garner also did the half marathon and once again suffered from “bleeding nipple syndrome” you really must stop sharing those pictures Mike!! 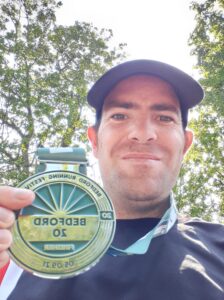 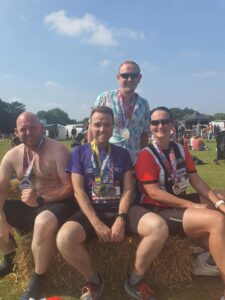 In the 20 mile event- Adam Carter continued his London Marathon prep with a superb 3hr 46 time. It really does look like your training is on point for a great time on October 3rd! Also completing the 20 miler was Lynda Murray.

Over in Milton Keynes there was another huge crowd of you turning the city Red, Black and White!

Matthew Ma joined Sam Heady in the 20 mile event, with Matthew completing the 20 miles in a staggering 2 hours and 10 minutes. I was running with Sam on Friday and she was more than ready for her 20 miler. In fact this was her longest run to date and readying herself for a two day ultra marathon around Jersey next month. Sam did a great 3 hour and 23 minutes!

Andy Carter, Calumn Holmes and Sagar both completed the 10k in impressive times, Sagar Kharab getting a PB and Calumn getting a 5k PB as part of his run. Bob Nichol also ran the 10k! 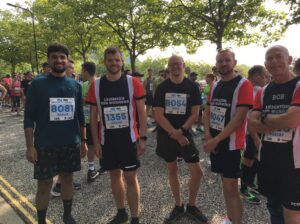 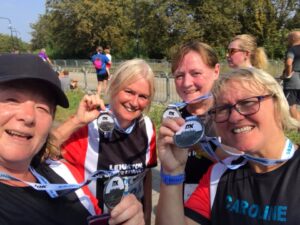 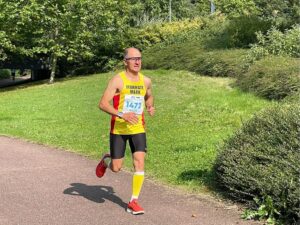 New Member Dale Smisson took part in the 10k, his first ever running event. The first of many I am sure, Dale! Our fabulous social runners were also in MK,  Amanda Godden, Linda Kagunga, Jenny Hogan, Debbie Macpherson to name but a few were joined by others. The photos tell a tale, they had a blast!!

One final race to report on and that was the London Summer 10k where one of our newest members, Bharat Kerai took part and also got himself a new PB. Joining LFR has clearly been a good move!

If I’ve missed anyone, I am sorry! There were so many of you out!! 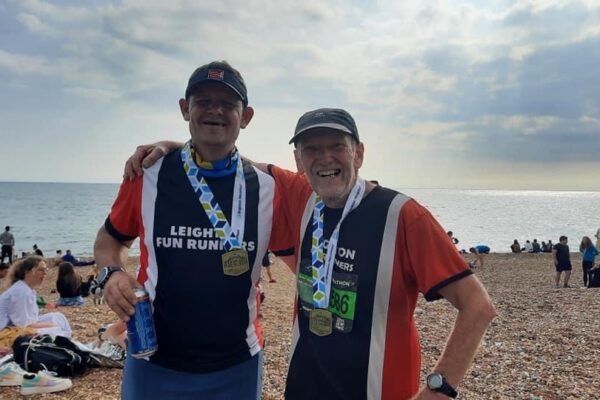