Leighton Fun Runners > Latest News > This is the week that was…. The Brighton Marathon

Posted on 14th September 2021 Categories: Latest News Comments are off for this post

This is the week that was... The Brighton Marathon!

As summer turned to autumn the irony wasn’t lost on many of us that the sun made a welcome return, as did some not so welcome warmth for those racing.

As Tuesday was the first one of the month, Cake night returned with the sunshine and 85 of us ran either the 5 Mile or 5k option. I was with some members of the Triathlon Club on Sunday who were celebrating their 10th Birthday and they could not believe that on a club night we have 85 members come and join us for a run!!!

A huge thanks to everyone who again made and donated cake, to those who volunteered on the night and a special thankyou to Charlotte Gilbert who’s been nagging Coach Matt to come down and help out so she could!

Wednesday saw JK lead a great gang of Fartlekers and on Thursday Victoria led the Social team while Captain Emily took many who were preparing for the weekends racing on an equally sociable Zone 2 10K.

The Friday Social team were back out in full force following the end of the summer holidays. They were greeted with a deluge of rain and rivers running along the Rushmere Trails. Steph Turner who secretly LOVES a muddy run was especially delighted! 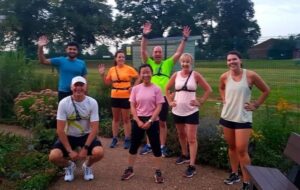 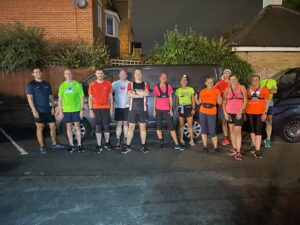 Saturday brings parkrun, which had a real family affair about it this week. At Rushmere “Team Stocks” completed their FIRST parkrun which I am staggered with. Charlotte and Elizabeth did a great job dragging Andy around Rushmere. VC Dougie was continuing his parkrun tourism this time with Captain Emily and her brother Matthew (for his 1st parkrun) at Wardown parkrun in Luton. Will there be another McClelland joining the club?!  At Willen Lake “Team Simpkins” were also out in full force with Tasmyn’s son knocking 3 minutes off of his PB. Well done all! At Millennium parkrun Matthew Ma came in first place with a staggering 17:58, what can I say!! At least a further 51 of you were out and about at various other venues, please can I remind you to update your club details on your parkrun profile page as I know there are more. At Rushmere Tom Ellerton came home in 1st place, with Will not far behind in 4th. Still at Rushmere Sagar and Jenna Parker both banged the “Gong of Glory” with new PB’s. Megan Francis PB’d at Dunstable Downs (the wonders of a good Fartlek Session no doubt!), as did Patrick Waring.

Further afield Andy Griggs was preparing for the Great North Run at The Riverside parkrun and just down the road Graham Cooper was celebrating his 6th year of parkrunning at Jesmond Dene. 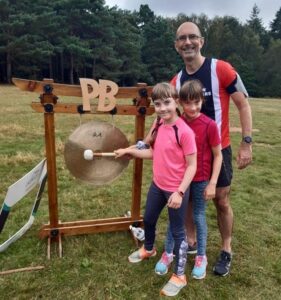 Before we get to the Sunday races, Dan Green was racing the Marsworth 10k and came 7th. Not bad considering Dan described it as his “Worst time ever”, you must be doing something right Dan?

On Sunday we had runners up and down the country. Starting in the North East, VC Dougie, Sonya Thompson, Matthew Grigsby and Andy Griggs joined over 55,000 in the 40th Great North Run. The route was slightly different this year and started and finished in Newcastle rather than the beach at South Shields, (did you see the Red Arrows over the Tyne bridge?). They all ran half marathon PB’s which I’m sure you’ll agree is a great effort. 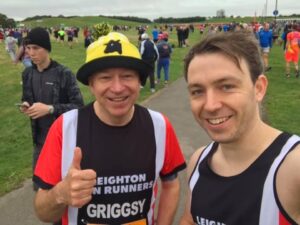 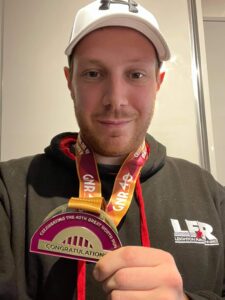 350 miles away on the South Coast a somewhat controversial Brighton marathon finally got to go ahead with a not so bonus extra 568 meters. Saying that the team did great. Wayne Walker, Martin Addrison and Paul Thomas were running for our previous charity “Reclaim Life”. Paul Doyle made a return to the race 9 years after his first Brighton Marathon with daughter Erin, who was running her first. Will Ellis also took on the marathon. Anna Mead, Ian Mulry and Ruby Lee ran the Brighton 10k. 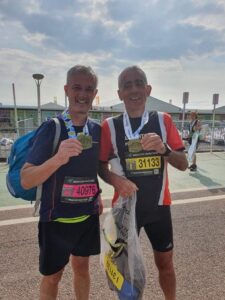 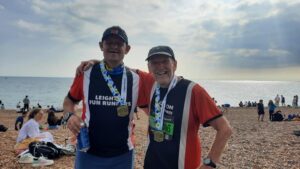 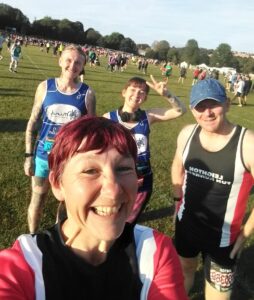 Closer to home, the traditional pre marathon favourite, The Twin Lakes was again back on the calendar. Starting and finishing at Willen Lake, the route took in two loops around Caldecotte Lake. Preparing for the Loch Ness marathon were Jen Garner, James Bassil, William Burchell and Mike Garner. You four seem to be ready for Scotland in 3 weeks time!  Vicky Green completed the 20 miler, making a long awaited return to racing, the post race smile said it all! Lindsey Rigby had a great run in her preparation for the London Marathon, which is again just 3 weeks away. If that wasn't enough Lindsey was also embracing the Raducanu effect making the Mixed Doubles tennis final at her tennis club with her son!

The Twin Lakes also had a 10 mile race, were Jo Secker and Megan Francis who completed the 1 loop, Megan getting a second PB of the weekend with a brilliant 1hour 35 minutes! 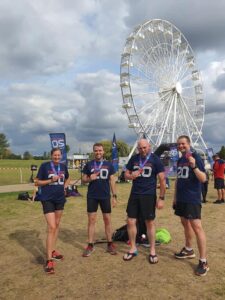 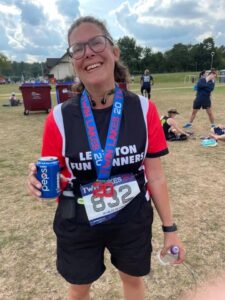 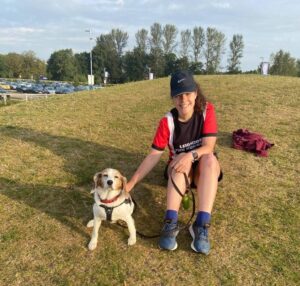 Away from “Just Running” we had a few members again trying their hand at Triathlons. In the beautiful setting of Blenheim Palace Steve Molyneaux returned for the second year running and had a great event. At St Neots myself and Mike Ellyard completed a slightly shorter “Sprint” distance, both of us getting top 20 places. Then over at stunning Bowood House to the west, Mark Kleanthous completed a 70.3 at an Outlaw event. 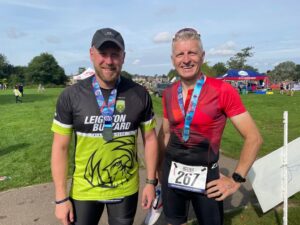 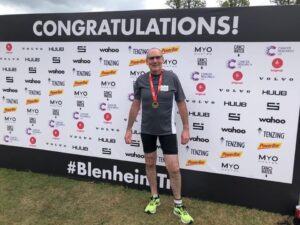 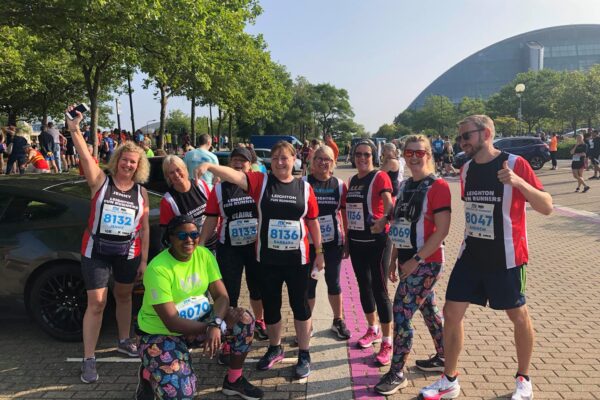 This is the week that was…. The Bedford & MK Running Festivals & a Triathlon!