Leighton Fun Runners > Latest News > This is the week that was…. The Halloween Run

Posted on 1st November 2021 Categories: Latest News Comments are off for this post

This is the week that was... The Halloween Run!

After weeks of planning, many miles racked up on recce runs, hours of online and actual shopping for props, Friday night came and the Halloween Run was a huge success. I was going to resist “spooktacular” in this week's newsletter, but I’m afraid I can’t! On behalf of the whole club I think it’s right to acknowledge the work that especially Emily, JK and Dougie put in beforehand.

In total we had 15 scarers spread out in the woods hiding. The outfits and effects were straight out of a Hollywood blockbuster, or actually out the tool shed with the chainsaw man the axe man! Our Chairman even had what looked like a body wrapped up! We had enough runners for 4 groups. The groups set out from The Globe led by Emily, JK, Nic Dimmock and Dave Ayers, with 2 groups taking the 5.5 mile route and 2 taking the 3 mile route. We also had some friends from Bearbrook Running Club and The Redway Runners join in the fun. I heard there were quite a few screams on route, though rumour has it Emily's group needed a few more scare effects, we'll get them next year!

Everyone made it back to the Globe having survived ghosts and ghouls, a special episode of the Squid Game and the Plantation Road chainsaw massacre! I’m not sure what the locals thought when we descended on the pub! I’m sure you all celebrated your survival! I for one will be making sure I’m able to make next year's event! There were some cracking outfits and makeup and a lot of fake blood. Mark Kleanthous won best dressed, but special mentions go to the identical twins Ruby Lee and Will Ellis, Steve Baker for his half naked warrior outfit and Emily for her 90 minutes of face paint, it did look good though! 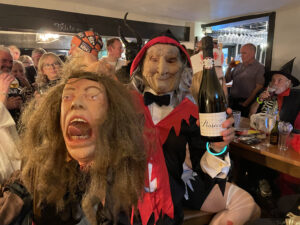 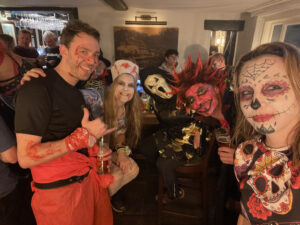 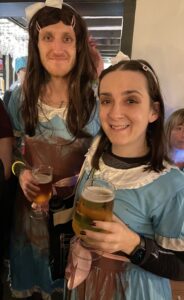 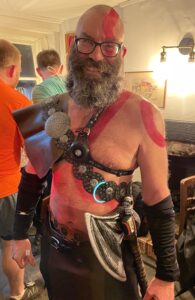 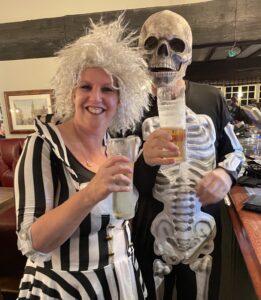 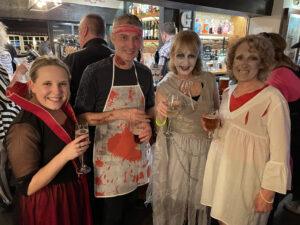 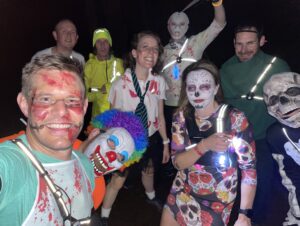 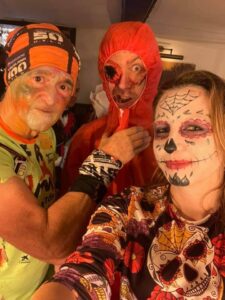 Less than 8 hours after some of you left the Globe, LFR were back out in force at Rushmere. This was our second “Takeover” in as many months. We had 21 volunteers scattered around Rushmere covering all the volunteer roles. We also had 34 of you out on the course, and some of you decided to don your Halloween gear once again! Onto the running and Matthew Ma put in a storming run and came home in first place in a staggering 18 minutes and 44 seconds. Jim Buttleman and Calum Holmes (who got a new PB) both finished in the top 10. Our first lady home was Julie Sugars in 24:19. One of our newer members Jasvinder Mahey also got a new PB.

Elsewhere in the country, Anne Graeff took on Belfast and we had 3 gentlemen consisting of David Parker, Gavin Prechner and Paul Thomas who were at three different parkrun events in Wales. Anne Mason ran Halifax, Paul Doyle was in his hometown and ran Sedgefield, and Ann Hopper (though I can’t work out where she ran!) ran a PB! 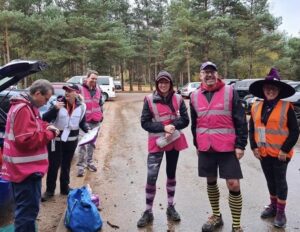 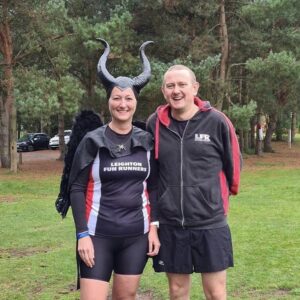 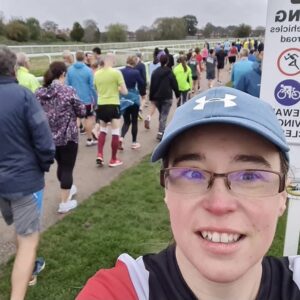 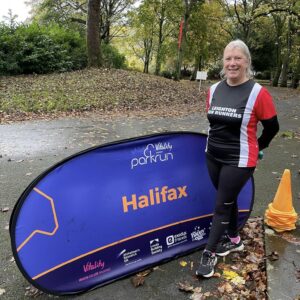 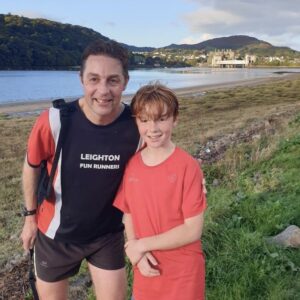 On Sunday, there appeared to be just one race to report on, The Love Luton Half Marathon and 10k. At best the weather could only be described as awful, despite the elements you all did remarkably well. In the 10k event, Carole Osborne and William Burchell flew the LFR flag. Will ran himself a PB and his first sub 50 time at 49:12, for Will this also gave him a full house of distance PB’s for 2021 and topped off his month of Runner of The Month quite nicely. Well done, both of you!

In the half marathon we had Adam Carter, Jen Garner and James Bassil taking on the route from Stockwood Park to Luton town centre via the picturesque Luton Hoo and Wardown Park. For Adam, it was his first race since the London Marathon and he completed the course in 2:08. Duo, Jen and James ran together and Jen acknowledged James’ support for them both finishing in 2:04. For Jen this was a new PB and caps of the perfect year of PB’s in 5k, 10k, half and full marathons. An incredible achievement Jen! 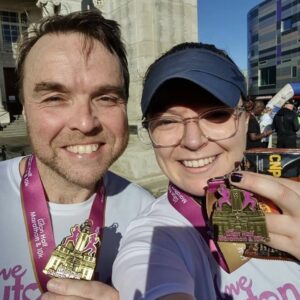 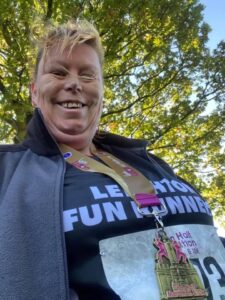 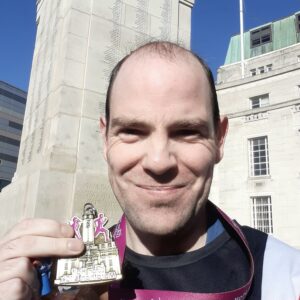 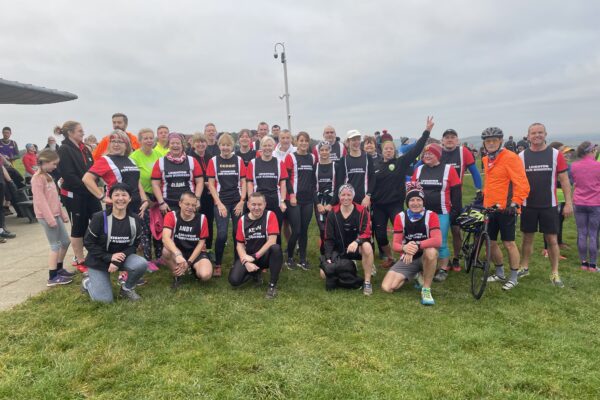 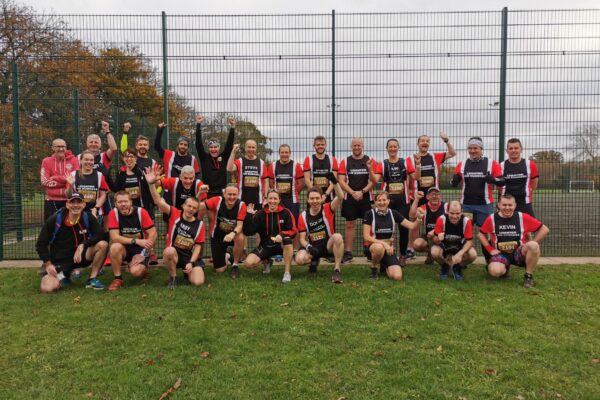 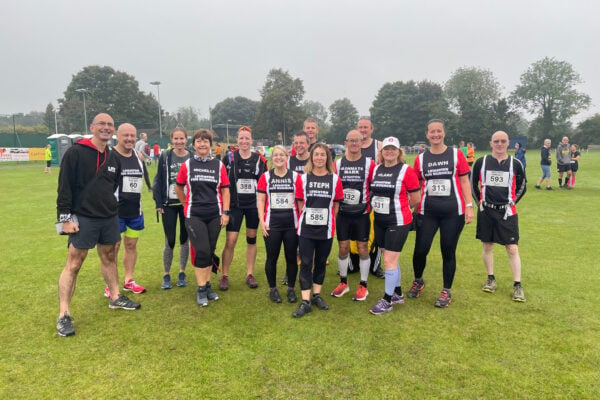