This is the week that was…the LFR Awards Night!

Posted on 14th May 2019 Categories: Latest News Comments are off for this post

Following on from the mad Monday at the MK Marathon, LFR still had their monthly cake night on Tuesday with the 5-10K group stepping it up even more smashing out 4.5 miles.   Karen took on the Fartlek Whistle of Joy and Pain on Wednesday.  Coach Matt led a massive group of Improvers on Thursday.  And after a week of rain, Alan brought the sunshine again for a glorious social run on Friday. 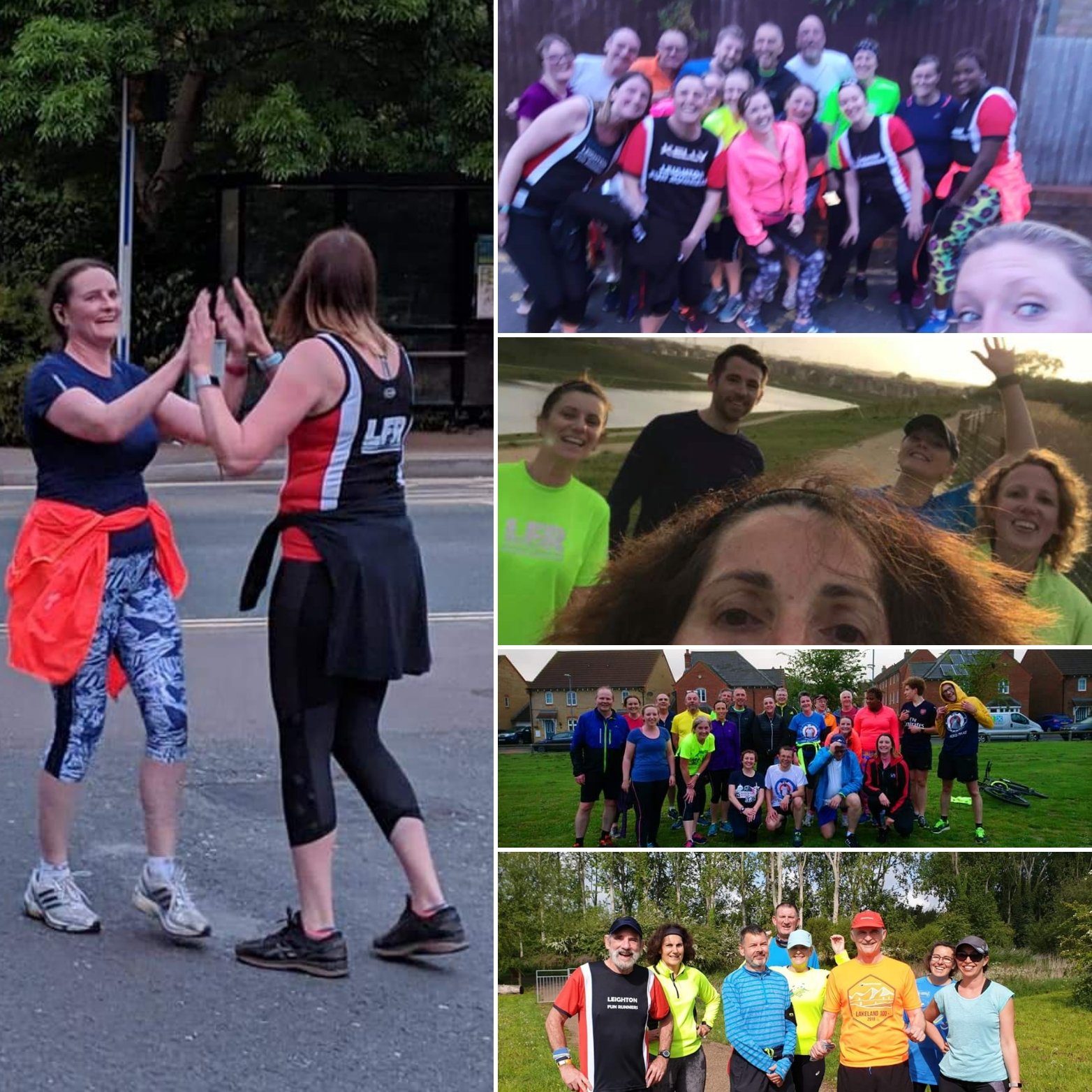 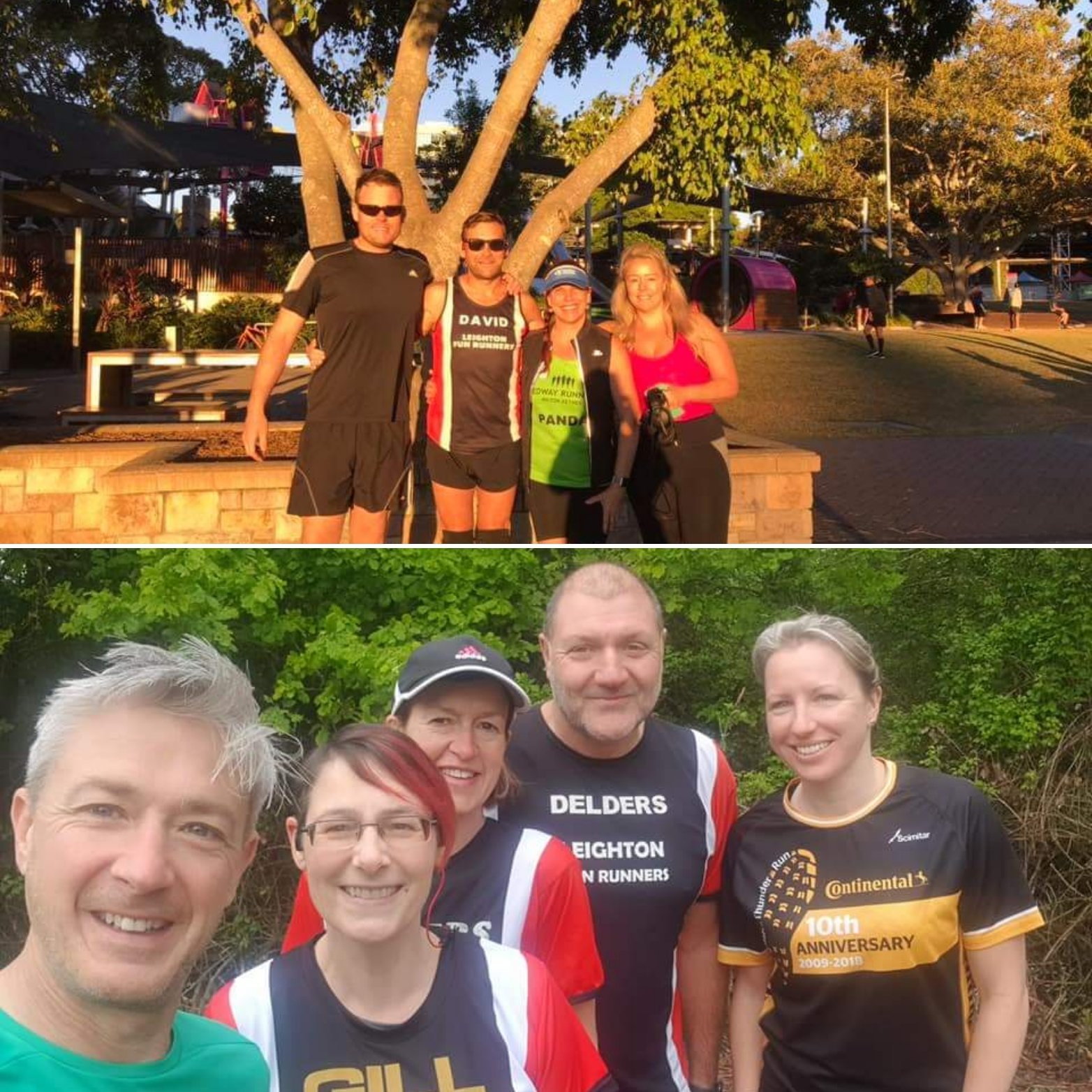 At home in Rushmere, Andrew Jamie and Kevin took their places in the top 10 and we had PBs from Paul, Martin, Jason, Anne, Katie and Jen.  Great running guys!

The weekend also had races and runs galore...

Jamie took on the Welsh mountains at the Brecon Beacons Trail Half.  Jo was wearing the red and black at the inaugural Chiltern Ridge Half - trails and hills galore!  David was running in the sun from Benalmadena to Torremolines and back again.  Duncan bagged himself a half marathon PB at the Tewkesbury Half. Team LFR were enjoying the Marsworth 10K trail run. And of course the legend we call JK was back doing what he does best...running a trail marathon.  This week it was 28 lovely hilly miles on the South Downs. 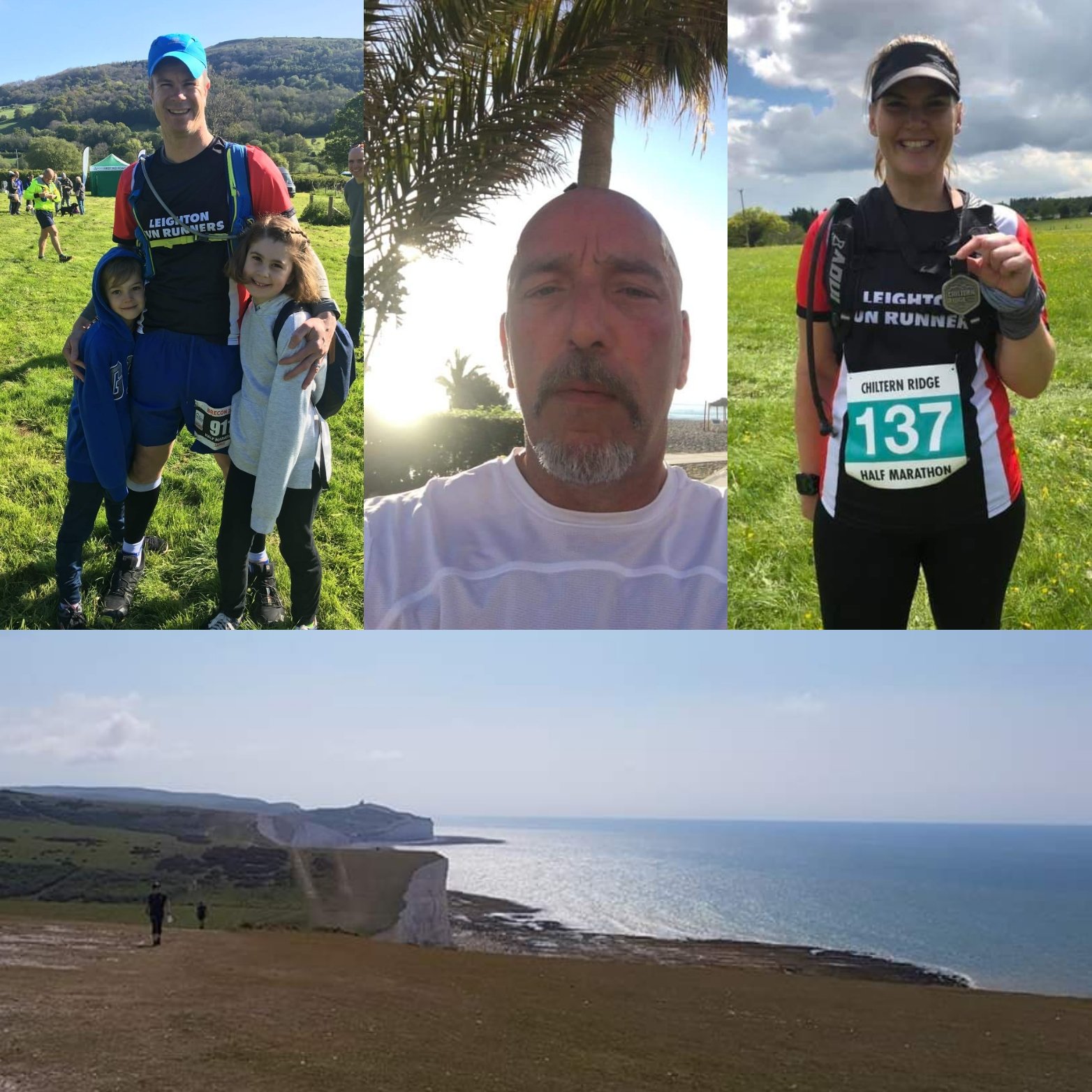 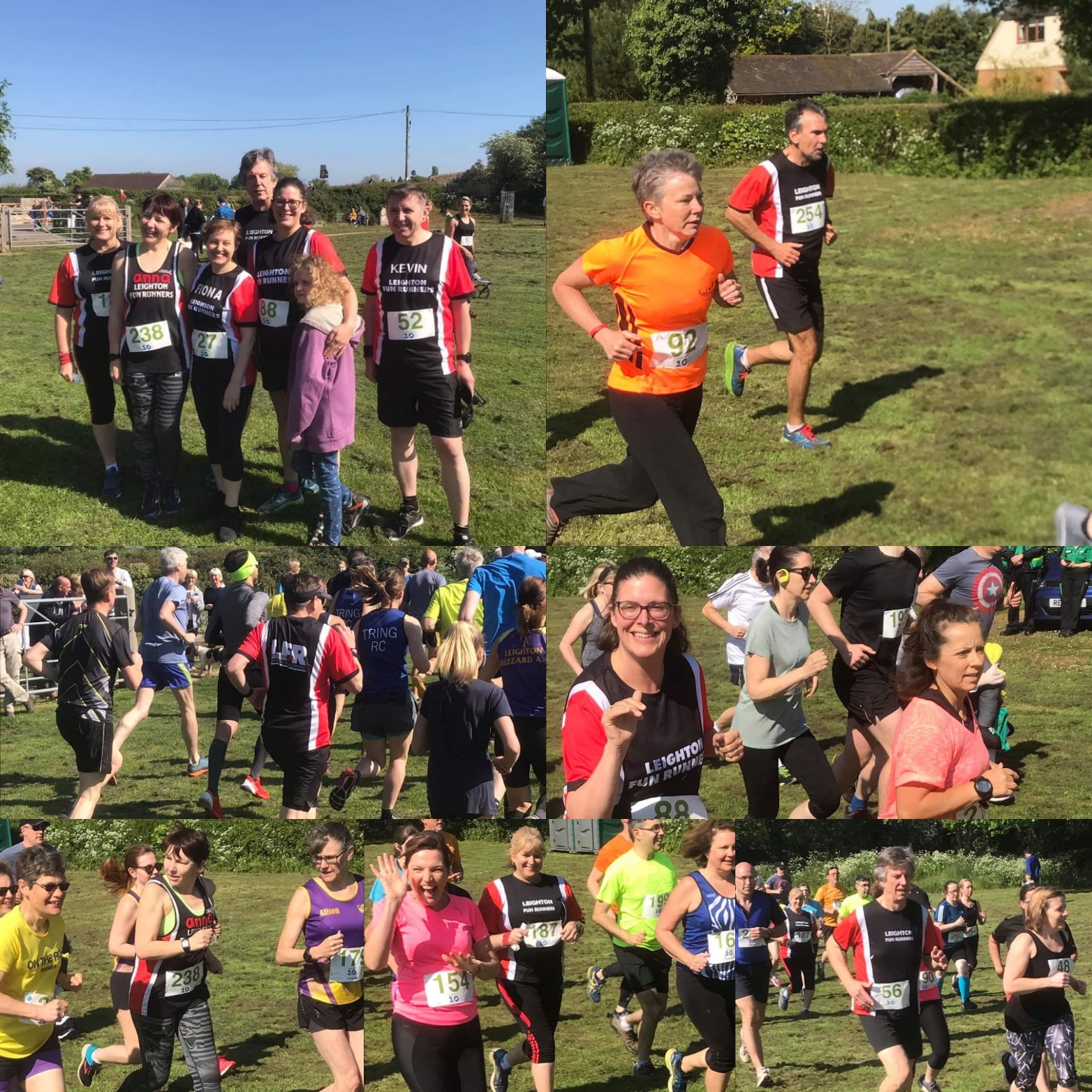 The biggest event of the week saw over 70 members get together to celebrate our Awards Night!  And what a fantastic night it was.  A HUGE thank you and well done to Max and her team for organising another brilliant night for us all.  Great food, great friends and Colin the Magician.

Of course, all you really want to know is who won what...so here we go....

Somewhere in your distant memory you will recall we took part in the annual Three Counties Cross Country League.  The club awards prizes to our own 1st 2nd and 3rd placed men and women and some attendance awards....

We also had a photo competition with some wonderful entries.  (Remind yourself here: LFR Photo Competition 2019).  The club voted for Amos' submission from Wes' Hen Run....! 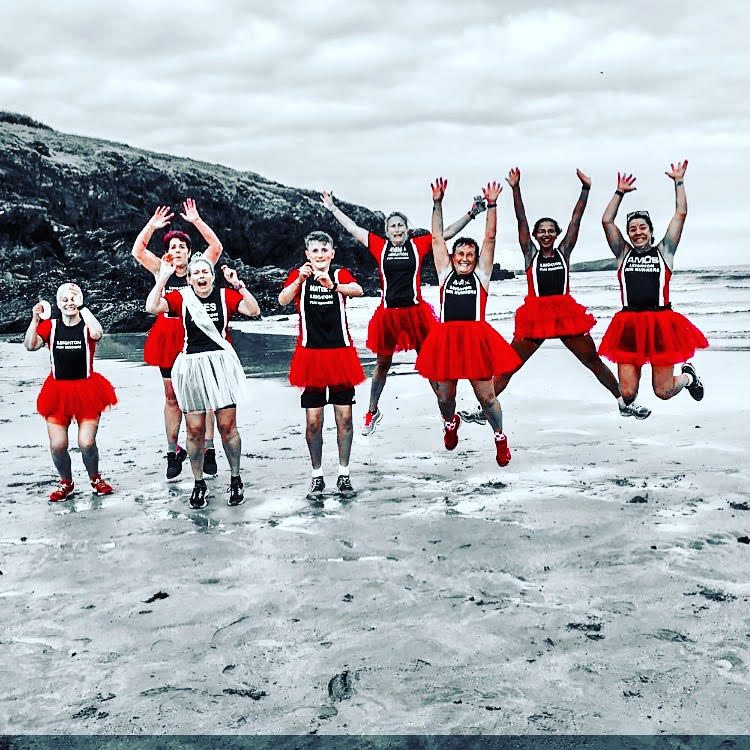 And the awards given to those nominated by club members....

First up the Golden Boot.  Some hilarious stories came through from the nomations...

Andrew Heale - Andrew brought two left foot trainers to Hardwick X-Stream.   Luckily, LFR’s very own Imelda Marcos (aka James Smith) had a selection of trainers he could lend him.

James Smith – for his shortest shorts and incongruous bobble hats!  And for forgetting he had entered both Oakley and MK Festival of Running 20-mile events for his pre-marathon long run (although he managed to do justice to both).

Paul Thomas – for suffering a fractured wrist on the ski slopes.  He did still manage to complete the London Marathon though. Utmost respect!

Verity Allsopp – Verity is a super athlete but is a forgetful one.  She went to collect her GFA entry place at the London Marathon expo but then realised she hadn’t in fact registered or paid for the place!

There could, however, only be one winner and the member with the most nominations was Carrie Tyas - Carrie entered the Edinburgh half marathon in May 2018 and in error put her finish time as 1 hour something rather than 2 hours plus. She was bemused as to why she was put in the elite pen for the start; and at the end had to collect her bag which was all on its own in the elite bag area.  Carrie must have thought she was a Kenyan marathon runner that day! 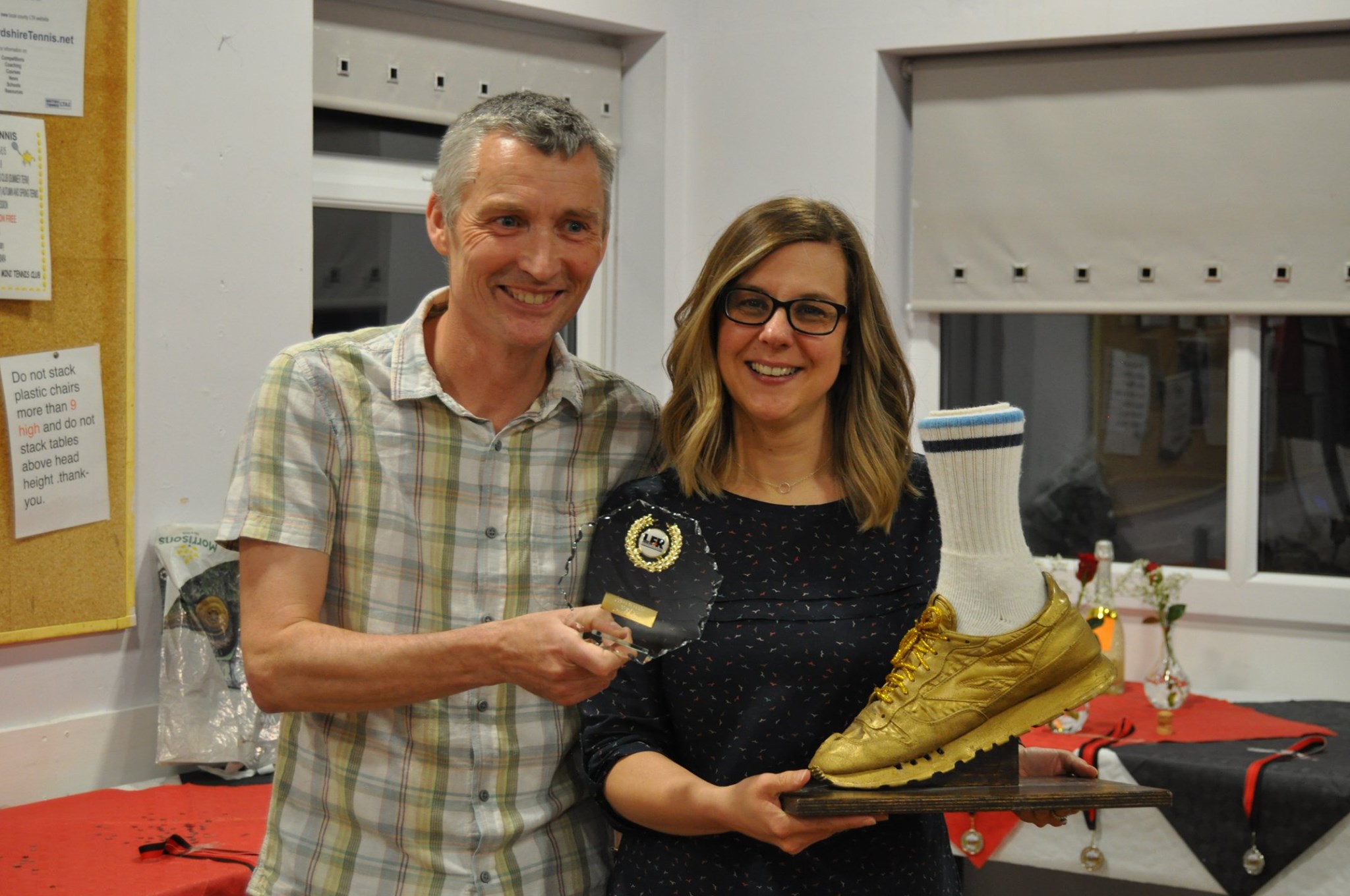 Again, there could only be one winner and the member who received the highest number of nominations was Christine Ayers. 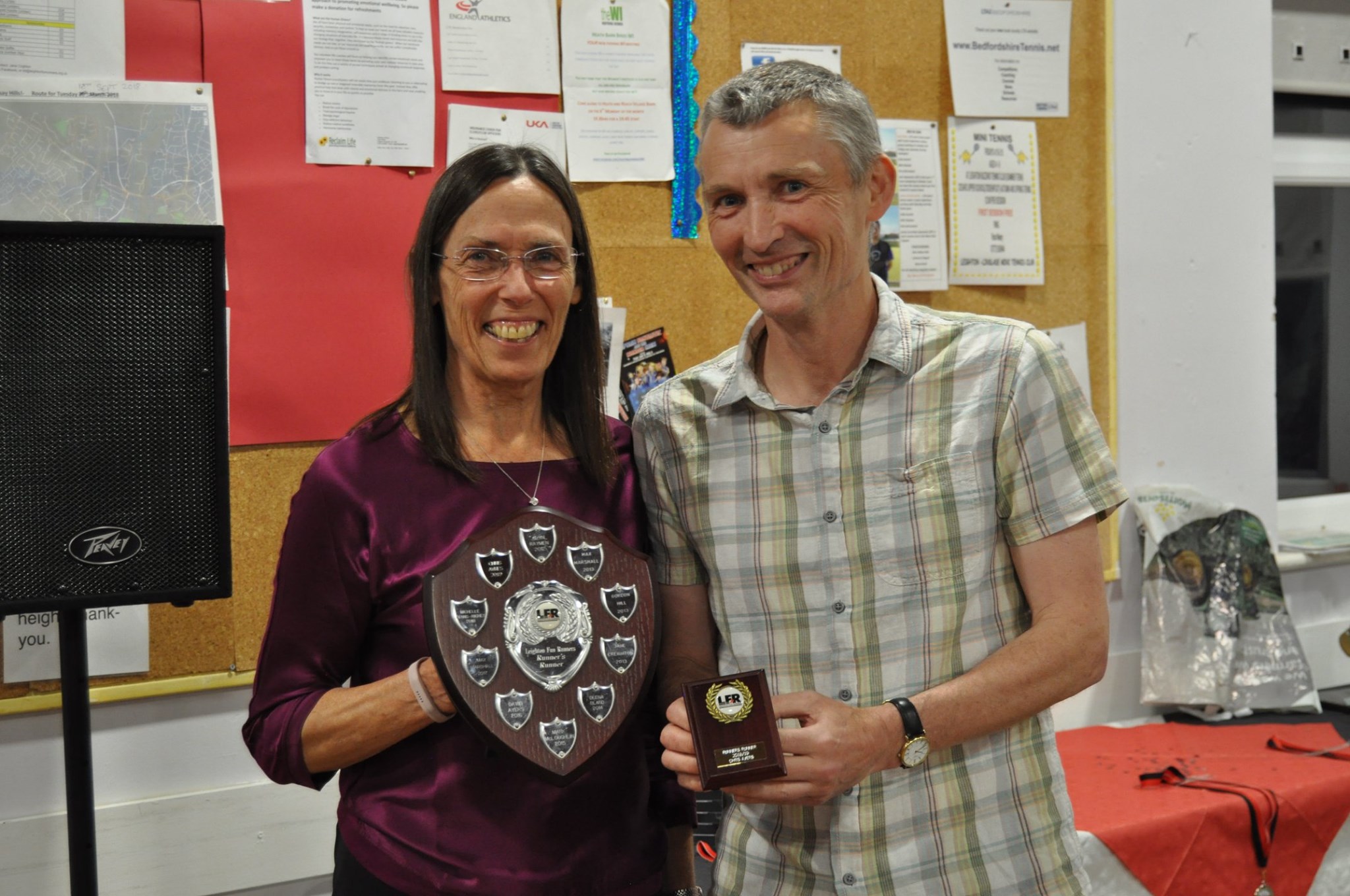 She is modest, uncomplaining, committed, supportive and never bigs up her incredible achievements.

She is often age category winner at events.  She earned a GFA place at Chester and was asked to run for England at the York marathon.

She trains hard at her swimming (where she is also a regular age category winner) as well as her running and is always surprised at how well she does.  She deserves all she achieves because she puts in this hard work.

She supports others in the Club and the community with all her help at parkrun.

She is the runner we should aspire to be.

Dave had better get a bigger trophy cabinet!

What a fantastic bunch of winners!  Well done everyone on your awards!

And that's all for now....have a great week LFR!