Leighton Fun Runners > Latest News > This is the week that was…. The Ridgeway Run!

Posted on 12th October 2021 Categories: Latest News Comments are off for this post

This is the week that was... The Ridgeway Run!

This week was one of those weeks where I could throw a dart at a map of the UK and an LFR would be running somewhere. But before I share with you the week's events, we’re going to rewind 7 days to last Sunday’s London Marathon. I missed Natalie Ahlrichs off of my VLM update, Natalie had an issue with her race number and didn’t make the bus to London. After this initial upset on missing out on the big day with 35,000 other runners in London, Natalie dusted herself down, rounded up her family and completed a Virtual Marathon from Leighton Buzzard along the canal all the way to Wolverton in just over 5 hours. A huge well done for getting the job done Natalie! 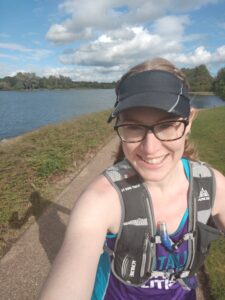 Racing on the Coast

Onto the weekend and as mentioned we had runners up and down the country. My standout achievement came in Jersey where Sam and Richard Heady completed a whole lap of the Island. With stunning views a plenty, Sam and Richard took part in the Ultra Tour of Jersey. A two day event that navigates the whole island. Day one saw them complete 31 miles and day two another 21. I know both have been training really hard for the past few months racking up the miles whenever they could. All this with Richard trying to balance a very difficult harvesting season on the farm, well done to you both.

Continuing the seaside theme, Jenny Hogan and Bob Nicol both spent the weekend in Brighton. Their weekend seemed a little more relaxing than Sam and Richards with the Hove parkrun on Saturday and the weather looked glorious!  Up north but still on the coast intrepid traveller Andy Griggs PB’d once more at the Morecambe 10K. I’m sure the next time I write about Andy’s exploits it will be to celebrate a sub 47 minutes. Keep up the great work Andy! This was also after a parkrun PB the day before! 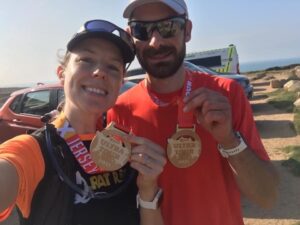 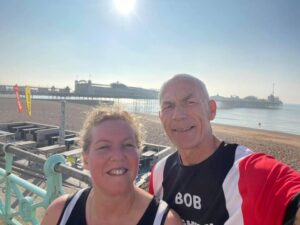 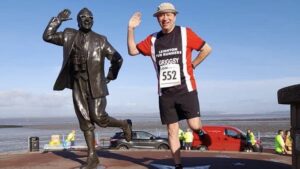 60 miles south of Morecambe, Lynda Murray, Wayne Walker, Dan Lovelock and Peter Jones were in sunny Manchester taking on the Manchester marathon.  Peter put in a great performance. He completed the marathon in a brilliant 3hr 30. Disappointingly for Peter the V65 category was abandoned this year but he still finished in 24th place for the younger V60 age group. Dan put in a great sub 4 hour performance at 3:55 and Wayne is one step closer to his 100th Marathon. For Lynda it was her 2nd Marathon in as many weeks after completing London last week. Amazing work from all of you. 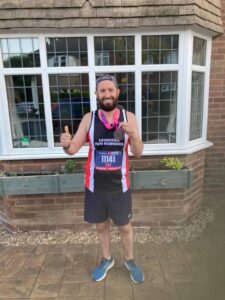 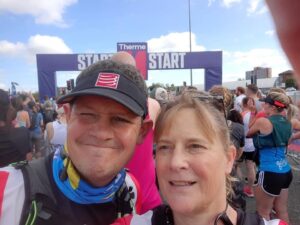 At a disused World War Two airfield in Northamptonshire myself, Dougie and Matthew Grigsby all attempted to beat Lewis Hamilton’s track record at Silverstone. While we didn’t manage that all three of us got new PBs. The event was yet another carryover from last year's Covid cancellation of events and there were 6,000 runners taking part in 4 different distances. I completed the 10k, with Dougie and Matthew both taking on the Half Marathon. Dougie completed the half in 1:36 a 4 minute PB and Matthew in 1:46 which was a 2 minute PB.  Just down the road from Silverstone at Blenheim Palace and the ancestral home of Sir Winston Churchill, Jo Giliberti, Debbie McMillan and Gary Reid took part in the Blenheim Fun 7K. Jo is well on her way to 100km for her monthly target that she set herself.

Moving down to London, Mr and Mrs Smith once again took part in the Royal Parks Half Marathon. Starting at the end of the Mall the route winds its way through the Royal parks of St James Park, Green Park and Hyde Park, finishing within sight of Buckingham Palace. The route is a tourists dream but neither James or Katherine had time for sightseeing, completing the course in 1 hour and 40 minutes and Katherine in 2 hours 16 minutes. Well done to both of you.

Back north in the Peak District at the Grindleford Gallop (yes I had to Google it too) Jamie Stamp knocked a stunning 12 minutes off of his PB! Well done Jamie. 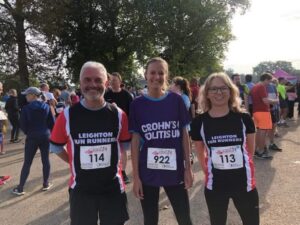 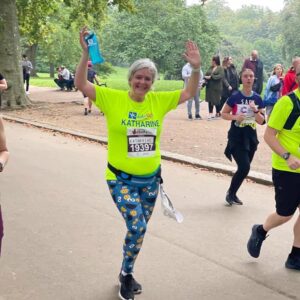 By far the biggest LFR turnout of the weekend was just down the road in Hertfordshire for the Tring Running Club Ridgeway Run.  We had 21 of you take on the challenge of trails and hills. An event that sold out weeks ago and everyone had a great day. Vicky Green was supporting early on route, with Janet Langdon positioned up at Ashridge and then Kirsty Stocks with less than a mile away with Jelly Babies on hand! Dan Green took a tumble but still managed a great time being first LFR home, followed closely by Jim Buttleman.  Rosie Booth, who I know loves a XC event, came 3rd in her age group and that helped propel our ladies team along with Captain Emily and Jo Hogg into 3rd place in the team event. It was great to see Annis Turner back racing again following her maternity break, I’m sure the first of many races to come? 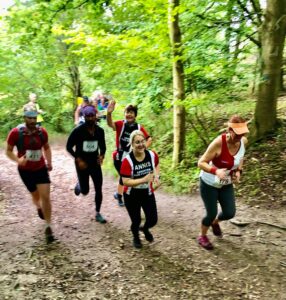 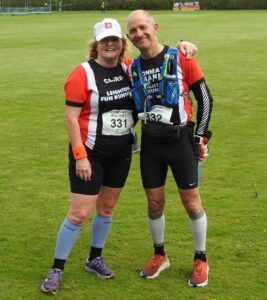 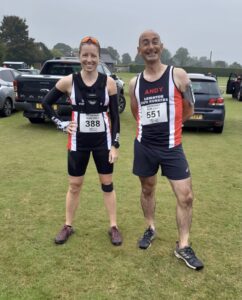 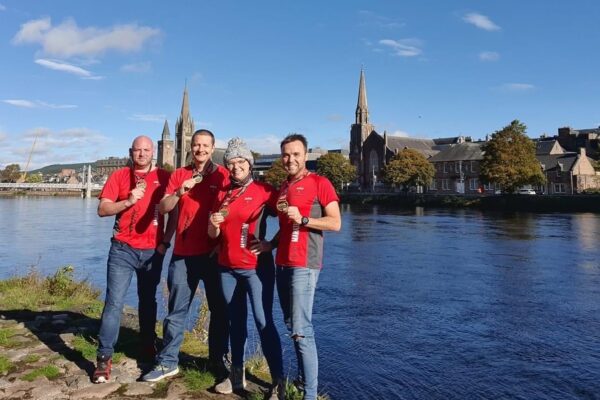